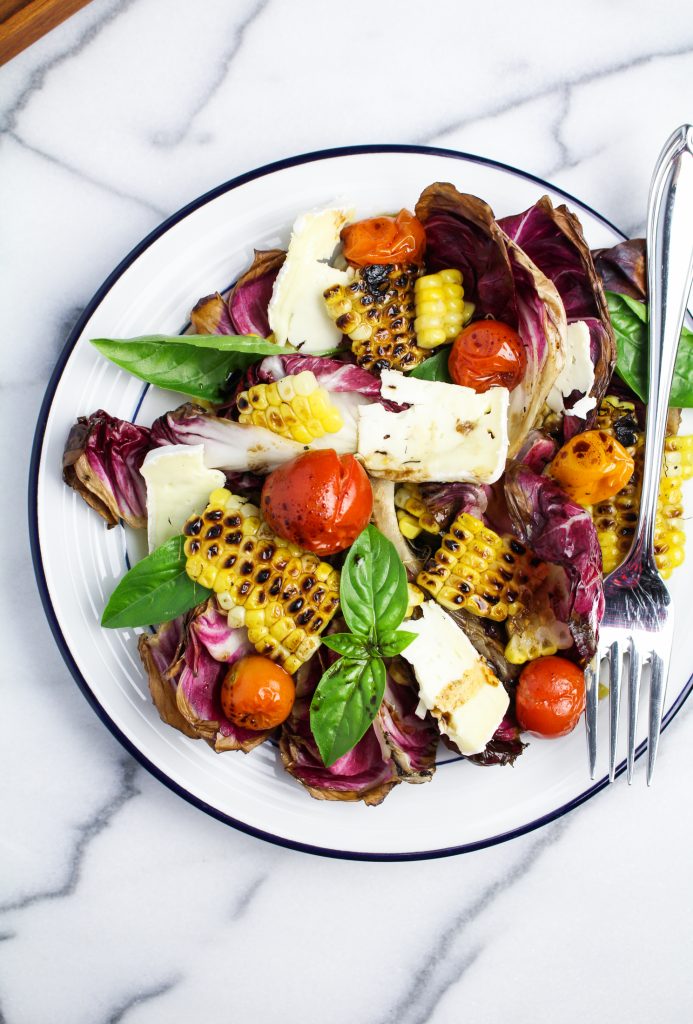 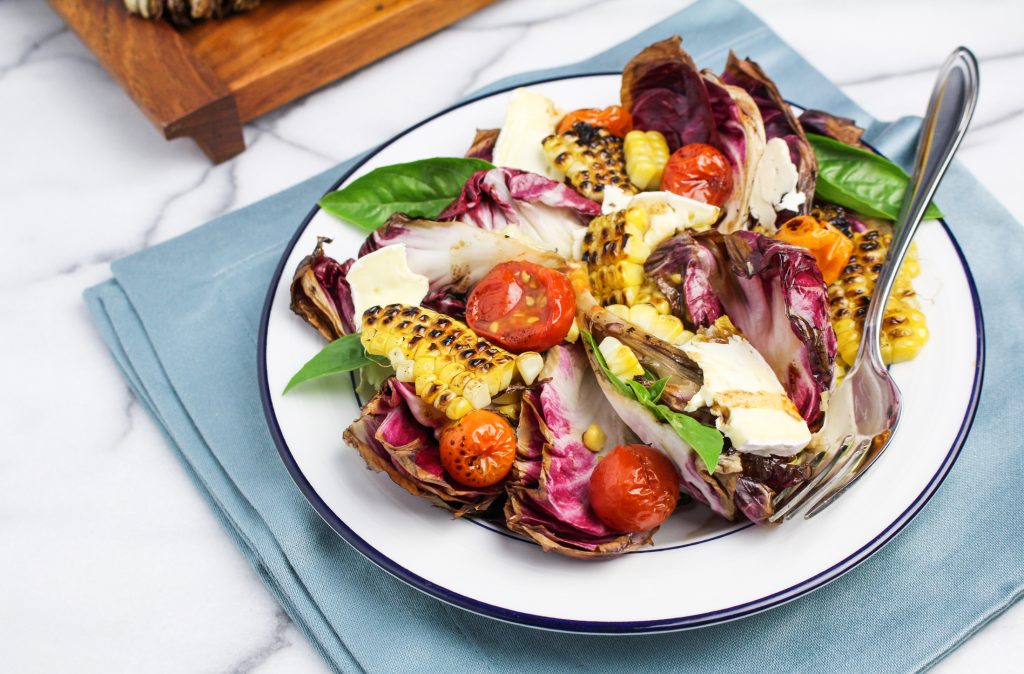 Summer seemed to depart all at once this week. Suddenly, or at least it seems sudden, there’s a hint of frost on the grass in the mornings, and the sun is setting at 6:15. Sweaters and scarves aren’t a luxury but a necessity and the air has taken on that brilliance that only comes with cold. September is the month where summer lingers, sweetly, warmly, with just a few hints that she’s on her way out. But in October, summer evaporates, tucking her head away under the covers of autumn leaves, settling in for a long rest. 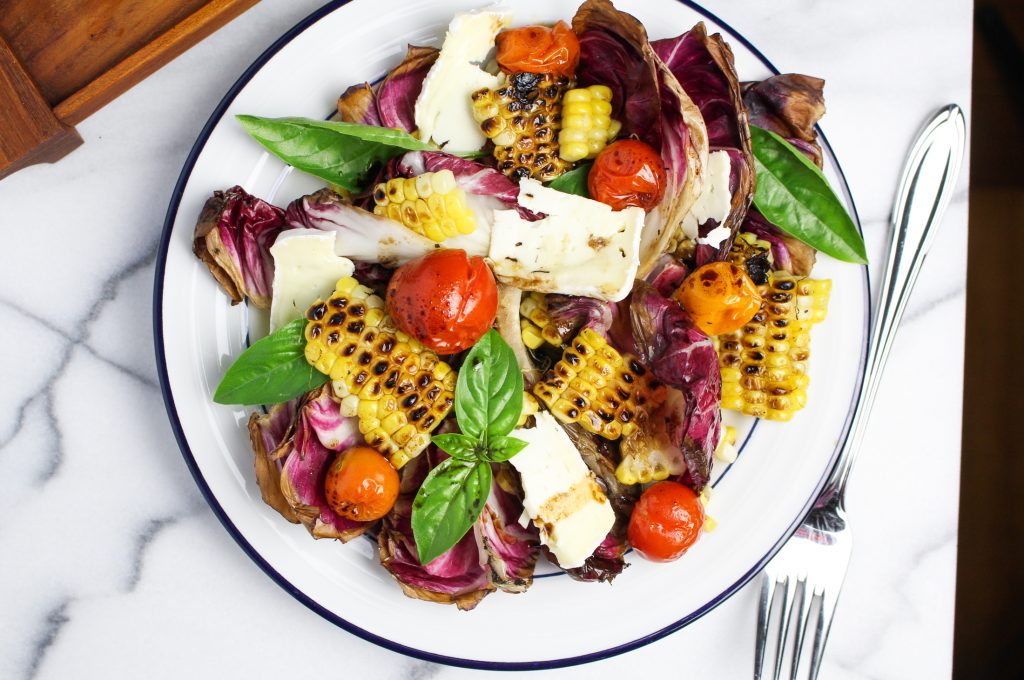 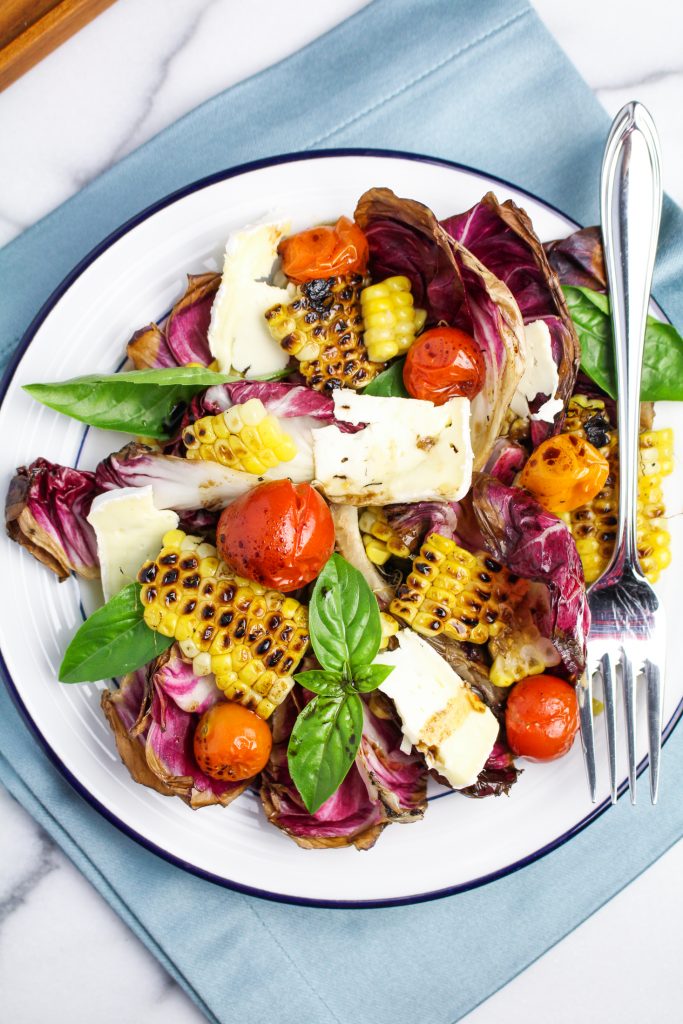 I still have a handful of summery, tomato-heavy recipes to share with you, and I feel as though I’m running out of time to post them. Are you still eating tomatoes? Can you even still get corn at the farmer’s market? I meant to check this week, to snap up whatever summer produce was still lingering, but I didn’t make it to the market. Next week. Today I’m going to clean up the garden – pick the last melon and a few tomatoes, pull up the cucumbers and the zucchini (which would probably keep growing until December if I let it, but I’ve had my fill of zucchini for this year), chop up the leaves for compost. It may be the final farewell to the vegetables of summer, although I’m sure the tomatoes will linger on my counter for another week or so before they are really, truly gone. 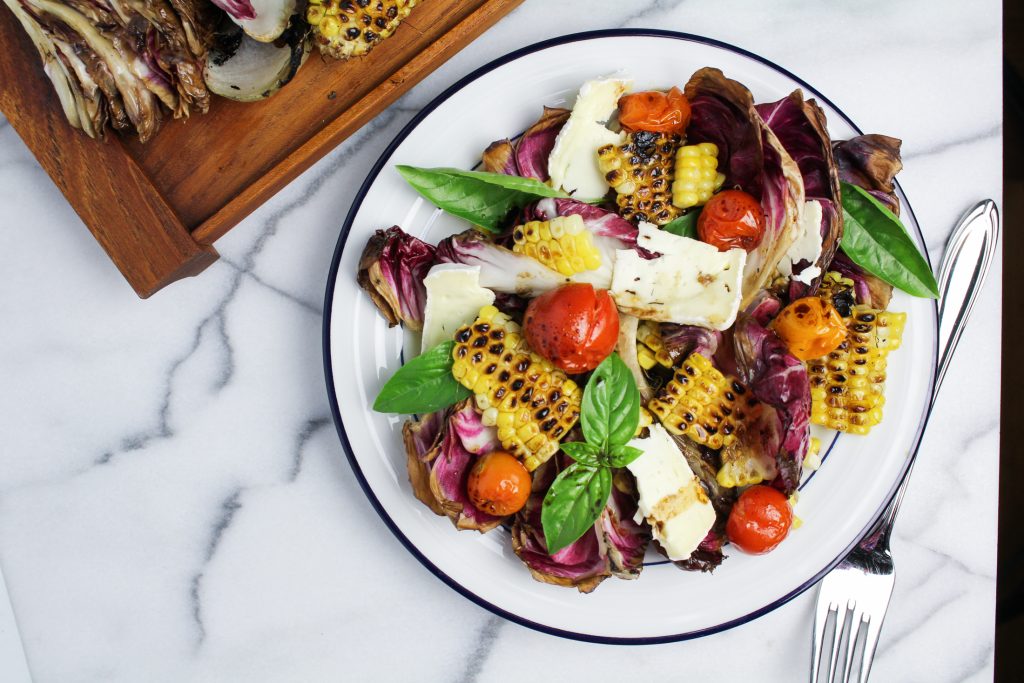 This salad was the third recipe we tested from Around the Fire, a new cookbook that I reviewed a few weeks ago. This dish – with it’s smoky-sweet grilled corn, buttery triple cream cheese, bitter radicchio leaves bluntly charred on the grill, and bursts of roasted cherry tomato punctuating each bite – was an instant favorite. For me it captured all of the flavors of the end of summer and crammed them together into a few, harmonious bites. I hope you’ll give it a try before you put away your grill for the summer, maybe with the last handful of cherry tomatoes from your garden. 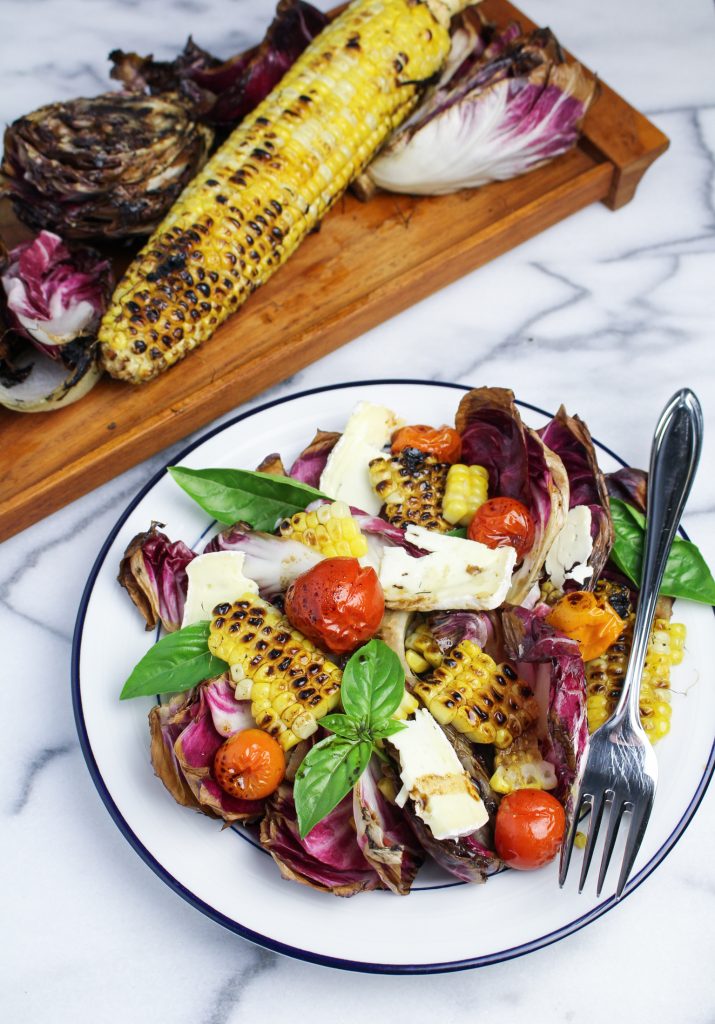 Recipe adapted from Around the Fire. Serves 4.