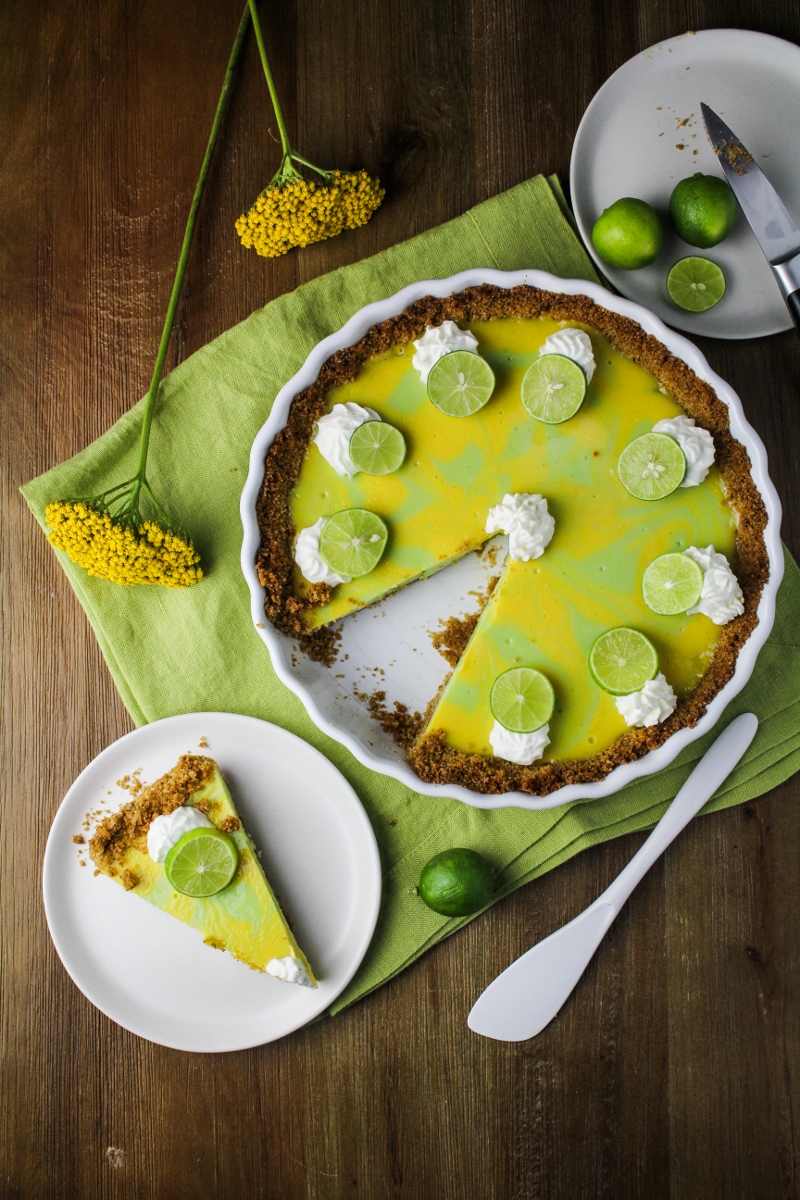 I have been craving a really good slice of key lime pie since January. It’s clearly not a particularly intense craving, or I would have found a way to get some pie long ago, but it’s there, in the background, every time I think about dessert (which is relatively often). The craving started when we unexpectedly got stuck in Miami during the first blizzard of this epic winter. I had a really incredible slice of key lime pie at a whole in the wall BBQ place during a work trip to Miami about a year ago, and now when I think of Miami, I think of that pie. A two day layover in Miami should have meant that getting some good pie was pretty easy, but it just didn’t happen (I did have a great Medianoche, though, so there’s that). 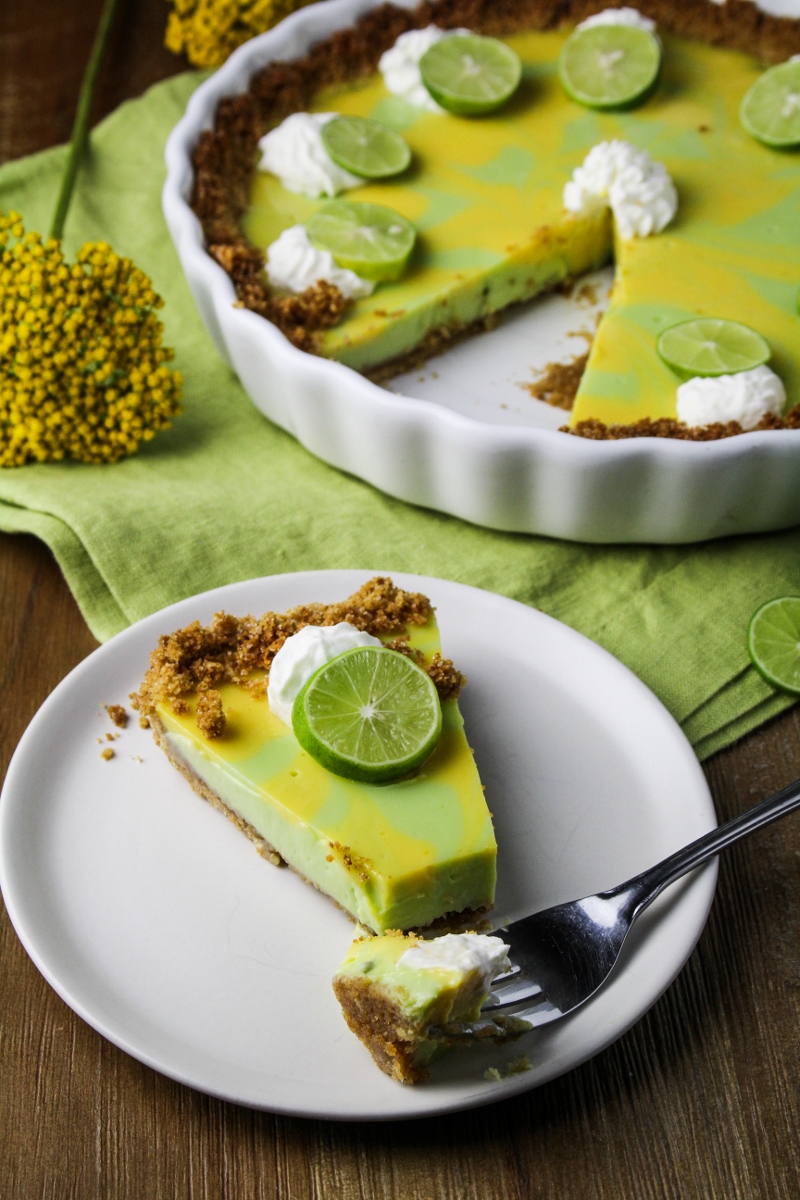 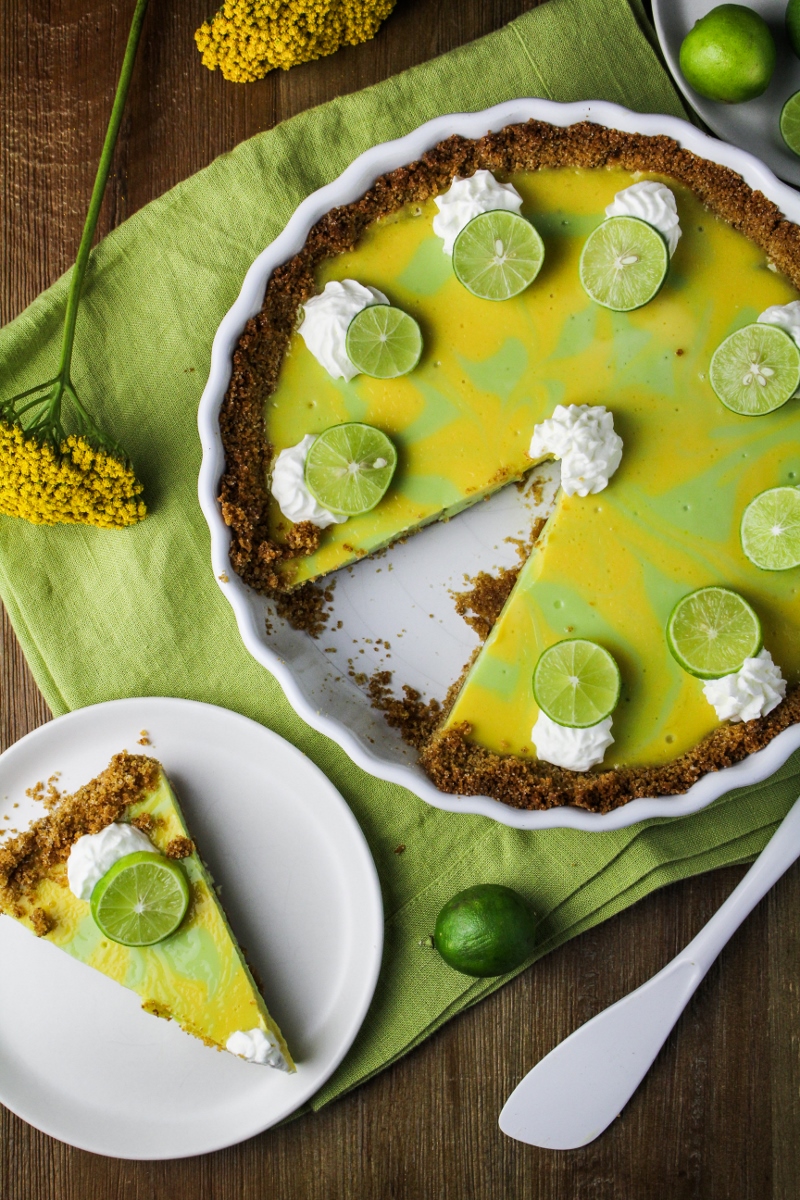 So, what better time to make something just for yourself than your birthday? I originally meant to make this the day before my birthday, as I was taking the day off to pamper myself, but I ended up spending most of the day out with my mom, and after a late lunch, making pie didn’t feel like the right choice. Saturday, after spending the morning at our house inspection (if that doesn’t make you feel old, I’m not sure what will), Trevor threw me a great birthday party – he did a really delicious BBQ pulled pork in the smoker, accompanied by mac’n’cheese, grilled sweet potatoes, and a towering homemade angel food cake with blueberry jam. Greatest boyfriend in the world, end of story. Sunday, somewhere between recovering from the night before (primarily by eating leftover mac’n’cheese for every meal) and beginning to worry about my trip to Colombia the next day, I decided that it was time for my birthday pie. So I whipped it up, and it was everything I wanted it to be. In the end, it’s probably good that I only had the chance to eat two slices before leaving. 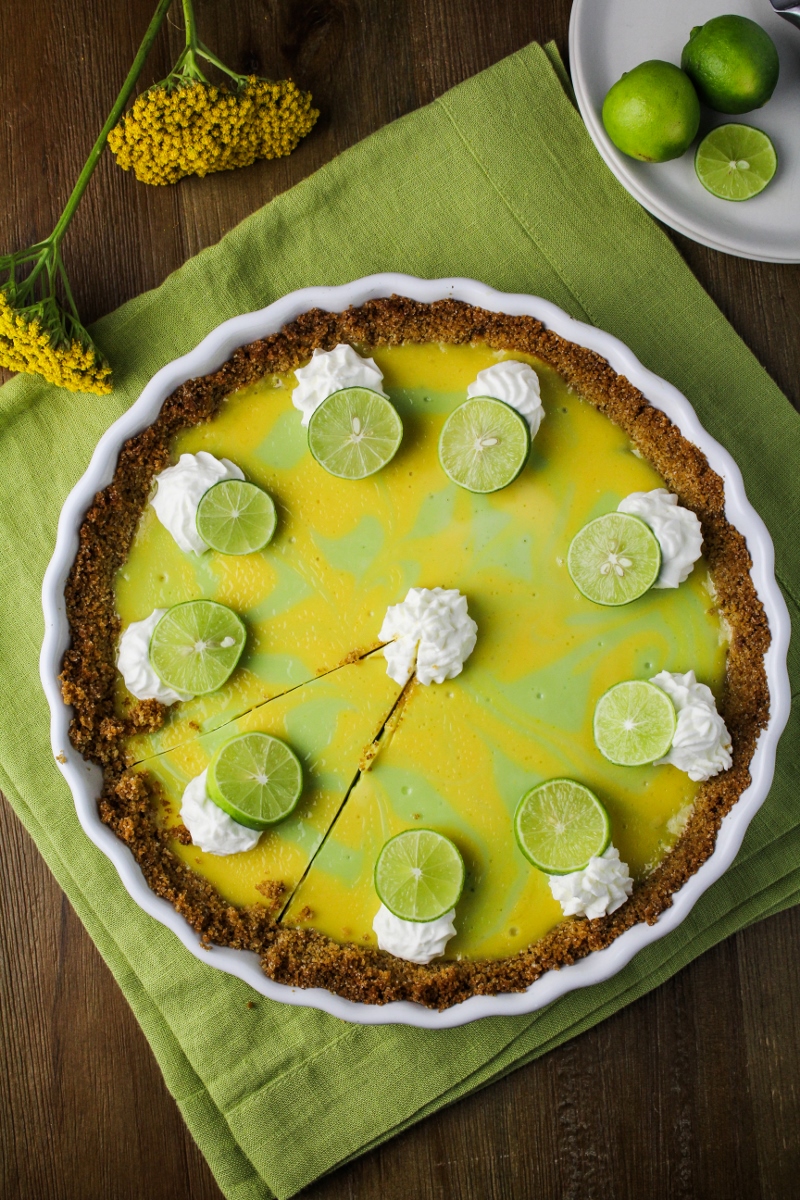 Key lime pie is incredibly simple to make. The only thing it requires is the patience to squeeze 2 dozen tiny key limes by hand (or access to good quality fresh key lime juice). After that, all you do is mix up sweetened condensed milk with a few egg yolks (conveniently left over from the 24 egg whites required for the angel food cake your boyfriend makes for your birthday), stir in the lime juice, pour into a basic graham cracker crust, and bake. The condensed milk does most of the work of making key lime pie, well, key lime pie. I made a slight twist to the recipe by reserving some of the filling and mixing it with Meyer lemon juice, then using a few drops of food coloring to color the lime mixture green and the lemon part yellow, then swirling the two together. The result is mostly aesthetic, but if you don’t mind the extra step, I think it gives the pie a fun ’50s look. 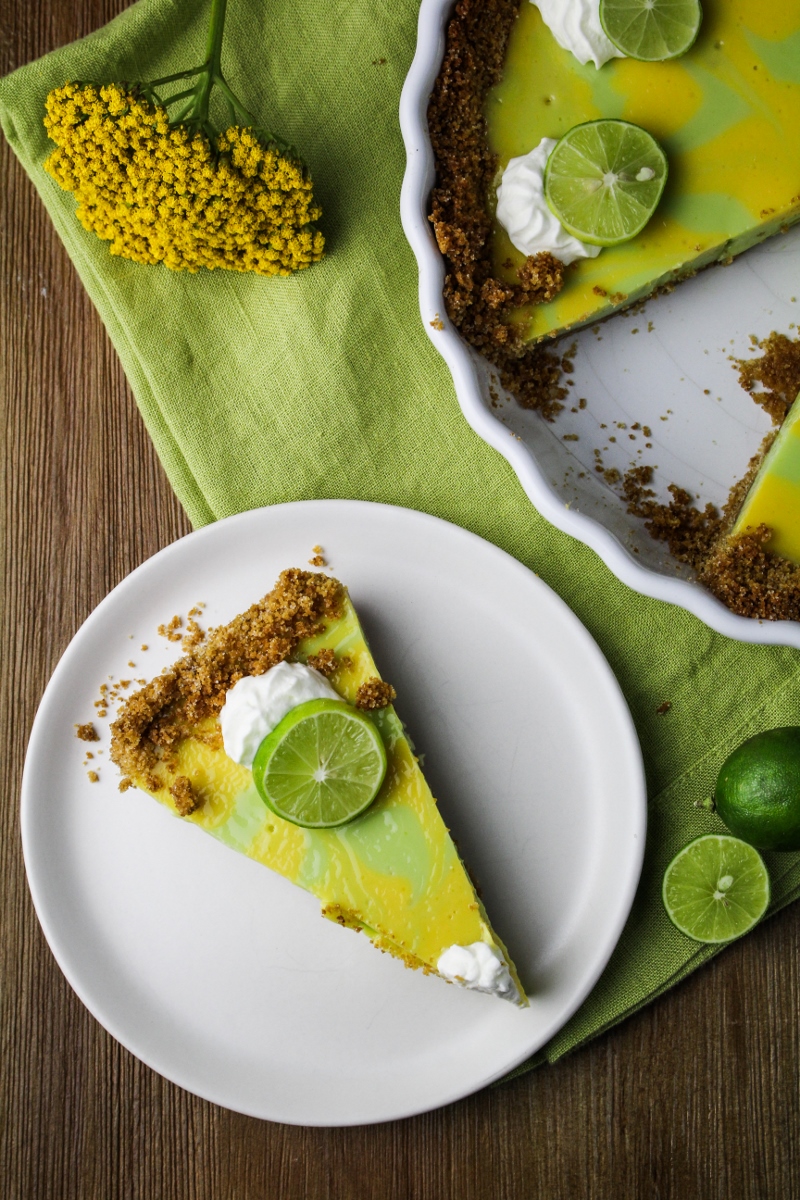