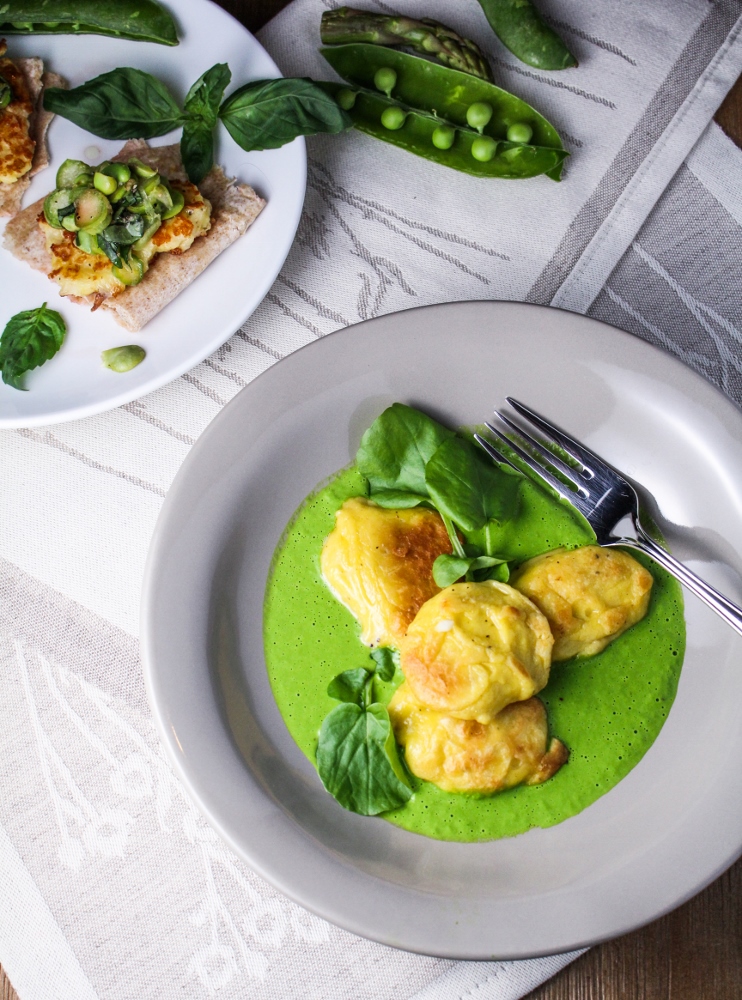 It’s been ages since my last Sunday Dinner post. Five months to be exact. I’ve had a blog-color-coded Google Calendar event called “Sunday Dinner!” that I’ve been dutifully dragging forward from Sunday to Sunday, month after month, until finally, it found its resting place last week. Since we had just gotten back from two completely cooking-free weeks, I was fired up to be back in the kitchen, and looking ahead at the busyness of April, it didn’t seem like there would be another chance to do a Sunday Dinner for a while, so I went all out. Although it is decidedly still wintery in Boston, the fava beans, English peas, asparagus, and strawberries that are being flown in from California were too tempting to pass up, so I pretended that I lived somewhere where it was spring and bought a little bit of everything. 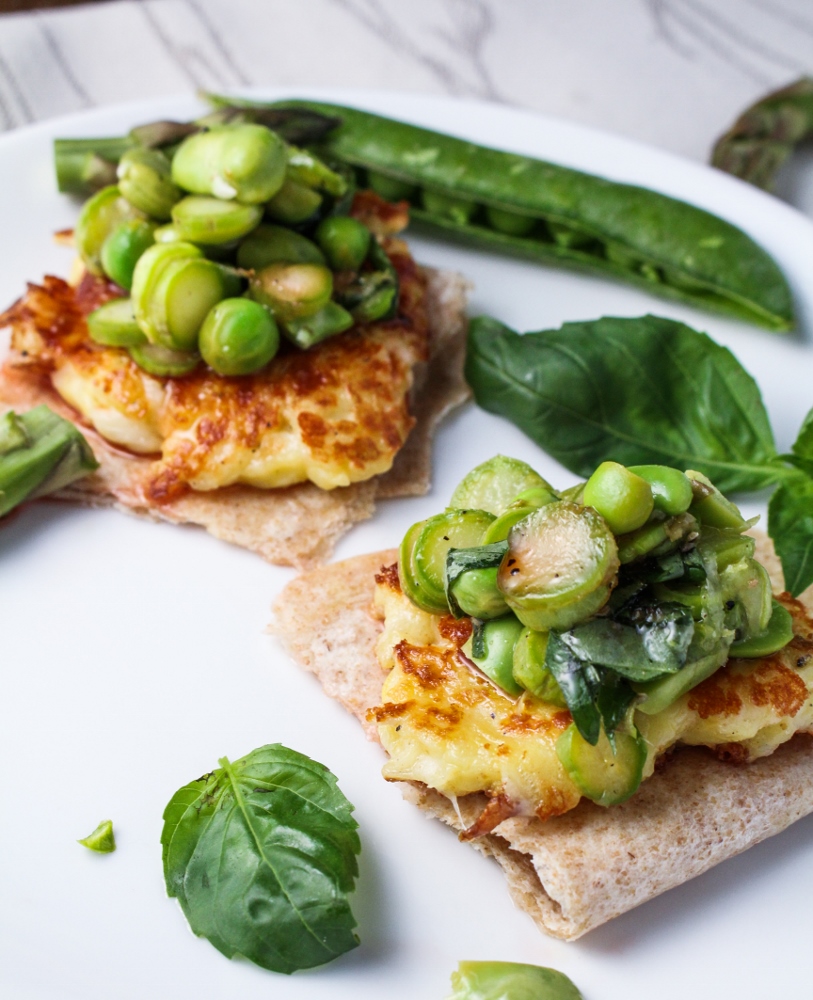 I haven’t cooked from Girl in the Kitchen in a while, so I decided to make it the theme of this dinner. Stephanie Izard is a wonderfully creative cook, and I’ve made some great spring recipes from her in the past (like this Asparagus Pasta with Almond-Parmesan Crumble and a Poached Rhubarb and Goat Cheese Salad). This time, I chose to make the Fried Halloumi with Spring Veggies and Strawberry-Basil Gastrique as an appetizer, followed by French Gnocchi with Watercress Sauce as a main. Fried halloumi is something I’ve been wanting to try for a while, but the warm and gooey cheese ended up playing second fiddle to its toppings. The lightly dressed mixture of favas, peas, raw asparagus, and basil was fresh and lemony and very spring-like, and I would make just this component again to serve on its own, or perhaps to mix with couscous or scrambled eggs. The strawberry-basil gastrique was the polar opposite of the veggies – thicky, syrupy, sweet, and intense, paired with the fresh-tasting vegetables and the warm and mild cheese it was quite the flavor combination. The only challenge was finding an elegant way to eat them, as they’re not quite finger food but not really large enough for a fork and knife. 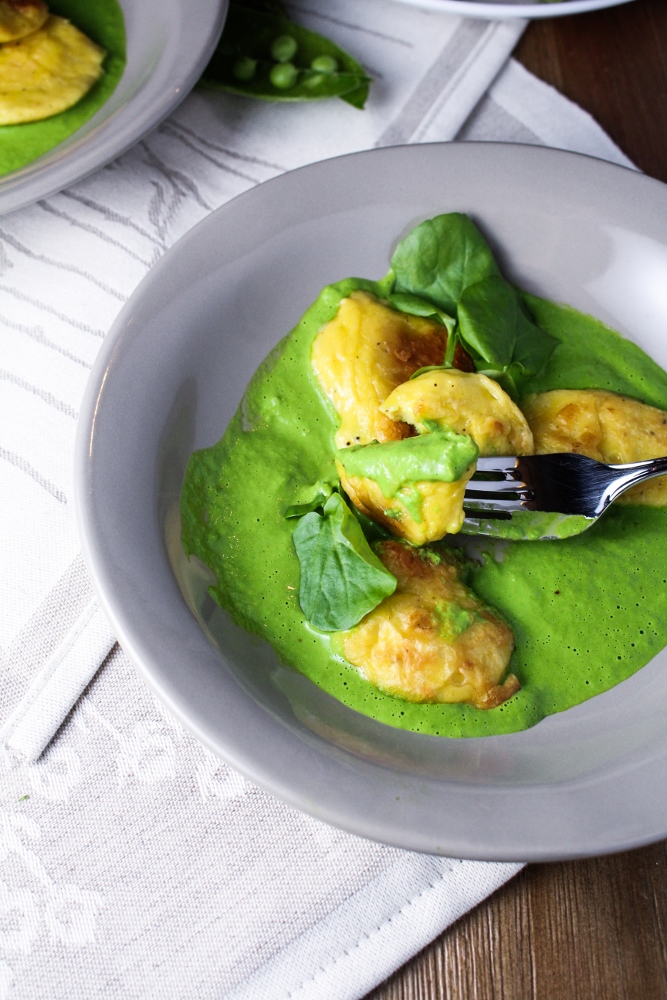 On to course two: we’ve made gnocchi a lot of different ways. We’ve made the traditional potato version (served with Argentinean-style beef short ribs), we’ve made sweet potato gnocchi, we’ve made ricotta gnocchi with corn and mushrooms (one of my all-time favorite recipes), and now, we’ve made “French” gnocchi. In the intro to this recipe, Stephanie explains that you can make a type of gnocchi by making a classic pate a choux dough, piping it into gnocchi-sized rounds, freezing them, and then cooking them still frozen. I was intrigued by this idea, as it’s quite different than traditional gnocchi recipes I’ve seen, so I decided to give it a try. Ten eggs and a stick of butter went into the dough, so I had high hopes for its flavor, but in the end, I was kind of disappointed. While it’s an interesting technique, my “gnocchi” spread out to the point that they looked more like little pancakes, and they kind of tasted like pancakes too. The simple watercress sauce they were served in was a beautiful color, but mostly just tasted like butter, in a sort of overwhelming way. I’m still sharing the recipe, as it has its strong points, but I wanted to give you my honest take on it, first.

As for dessert, I knew we would want something light after all that butter, and I wanted to use up at least a few of the 10 egg whites I had leftover from making the gnocchi. We also still have several pounds of rhubarb in our freezer from last spring, so it was high time that some of that got used up. With those constraints, I whipped up a sort of crustless strawberry-rhubarb meringue pie, baked in a casserole dish like a crisp or a crumble, and it ended up being my favorite course. I used a fair bit of cornstarch in the filling to make sure that the dessert would be semi-spoonable, then chilled it thoroughly before quickly broiling the meringue topping. With just a hint of vanilla, it was light, sweet, and just the right ending for a spring dinner. 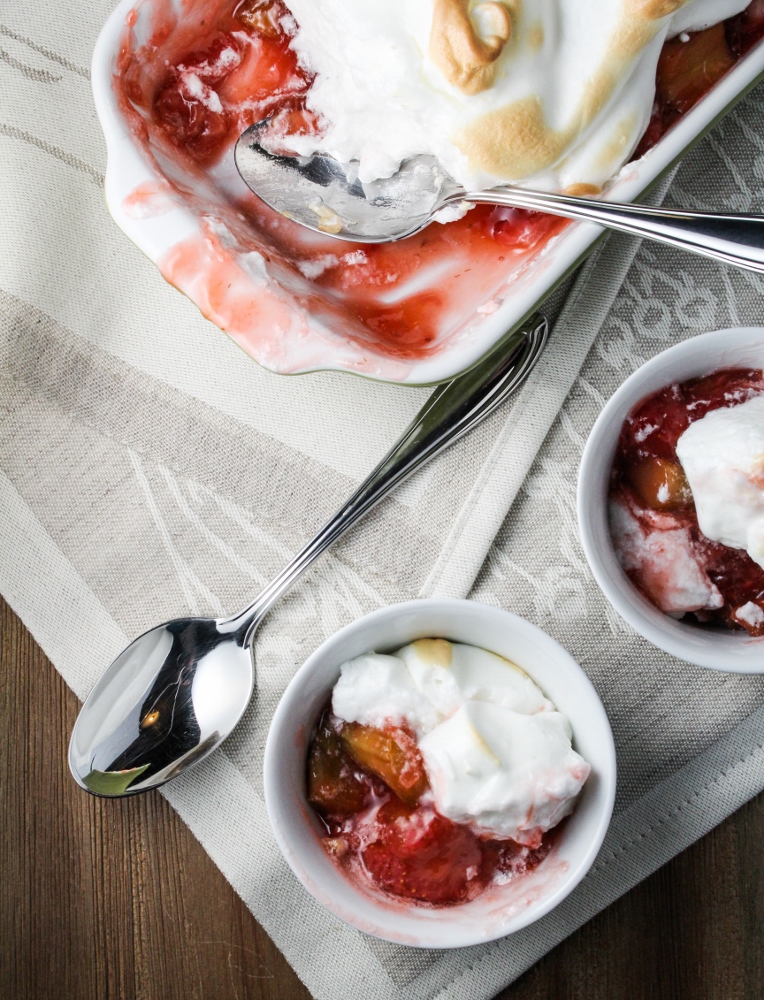 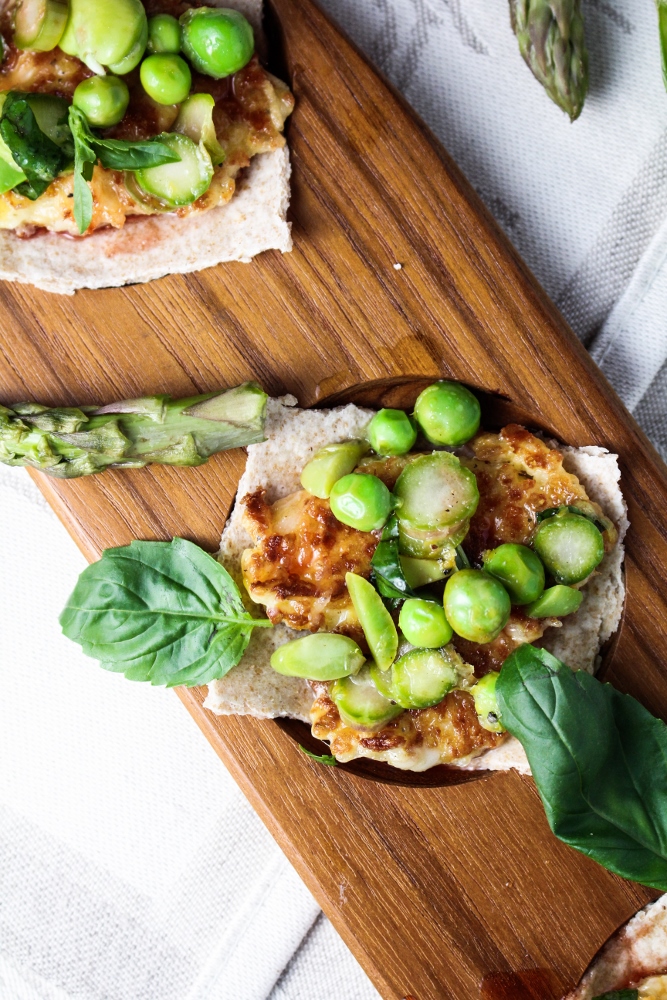 Adapted from Girl in the Kitchen. Serves 4-6 as an appetizer.

For the Strawberry-Basil Gastrique:

For the veggies and cheese: 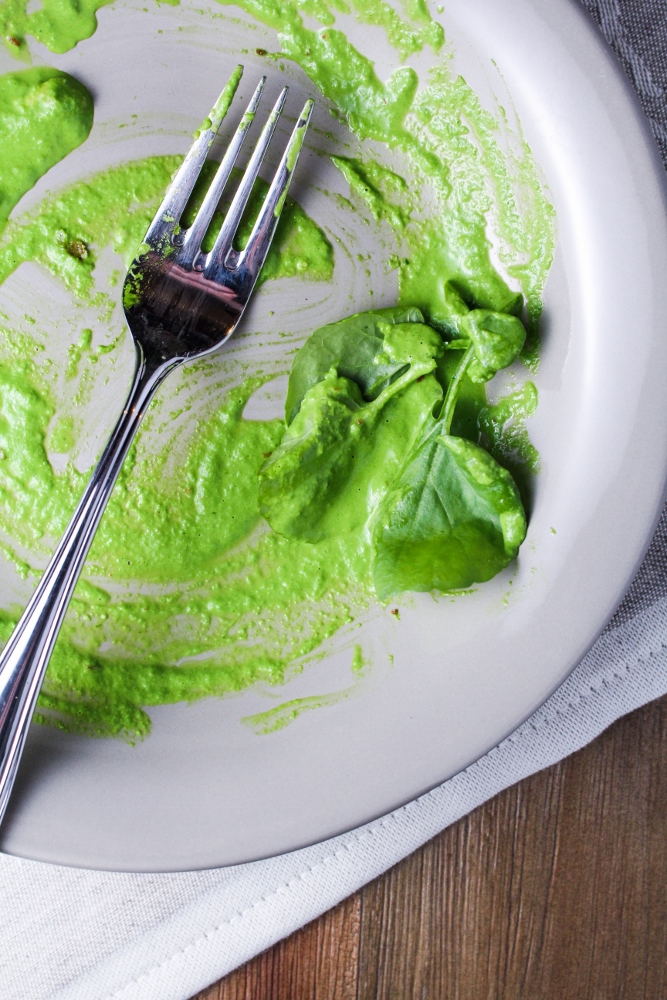 Adapted from Girl in the Kitchen. Serves 4. 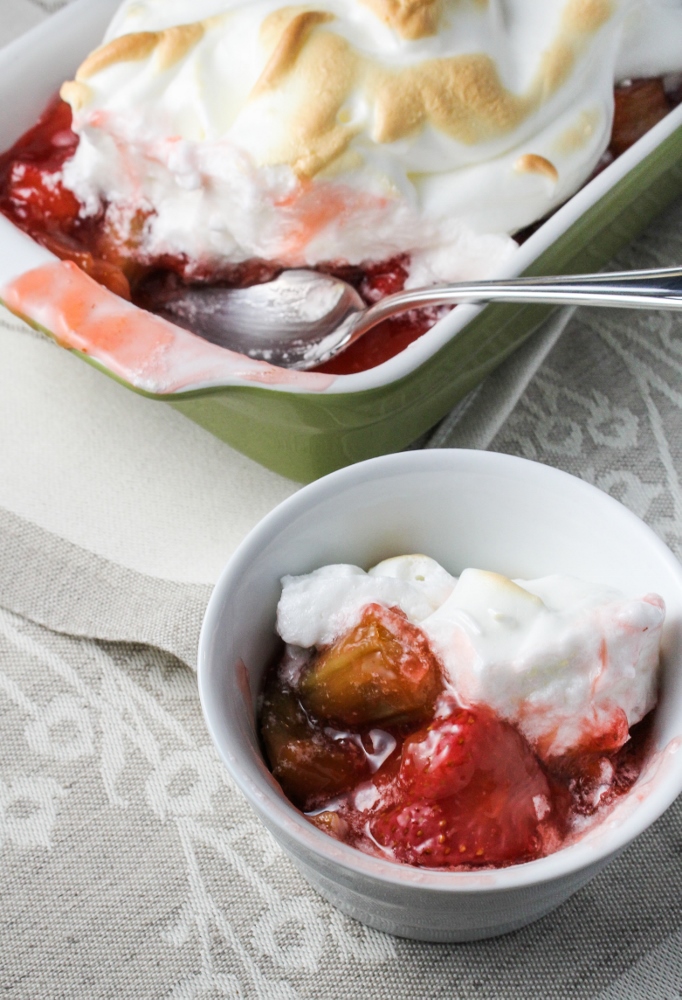