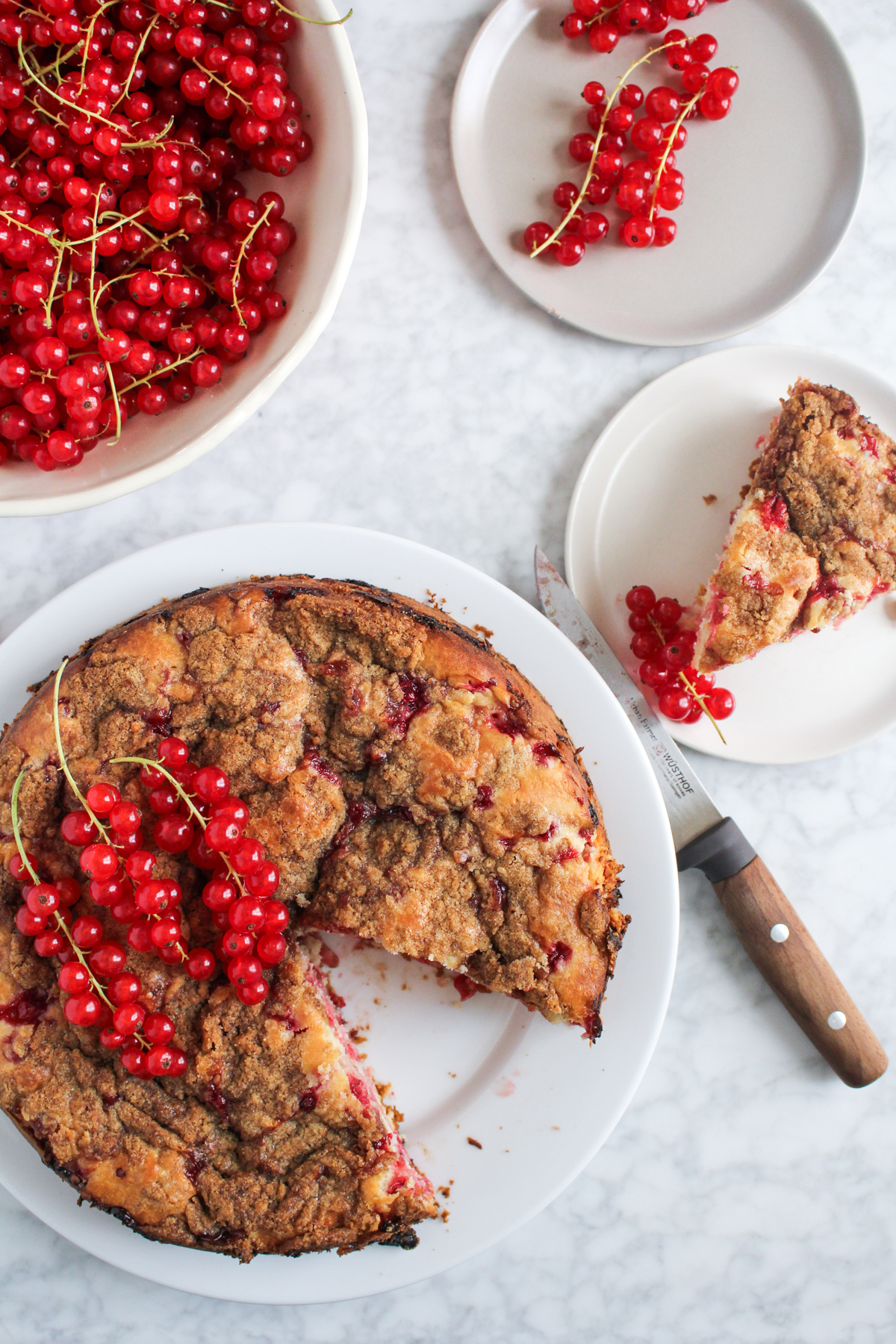 Every year in the middle of July there’s a spike of traffic on my red currant posts – these red currant crumb bars are particularly popular. And I get so excited, because it means that there are other people out there who like these beautiful berries as much as I do! We get a bumper crop of red currants every year around the second week of July: they are easily the most productive, easiest crop in our little garden. We transplanted one small bush 3 years ago when we moved in, and this year we picked almost four pounds of currants from it. 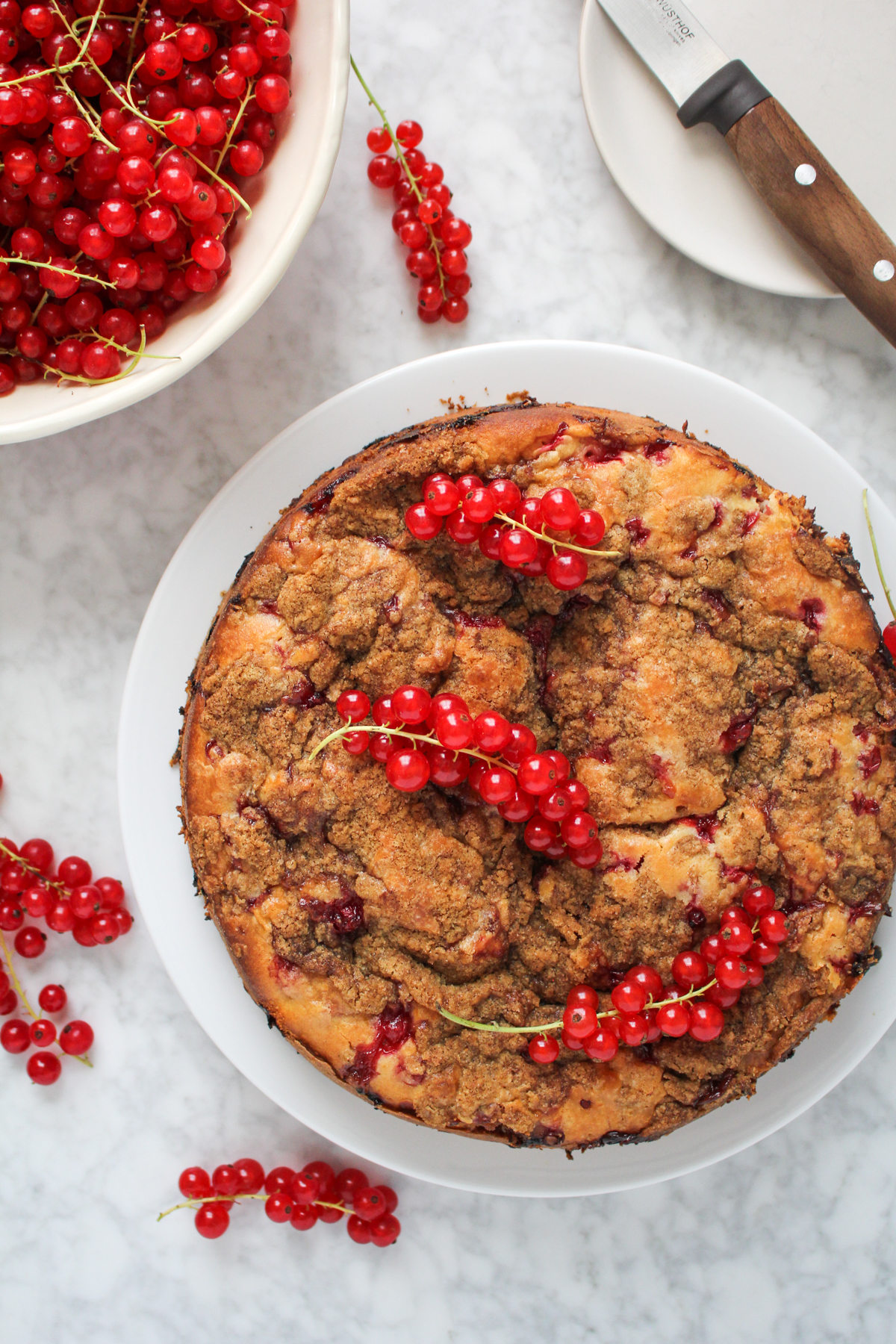 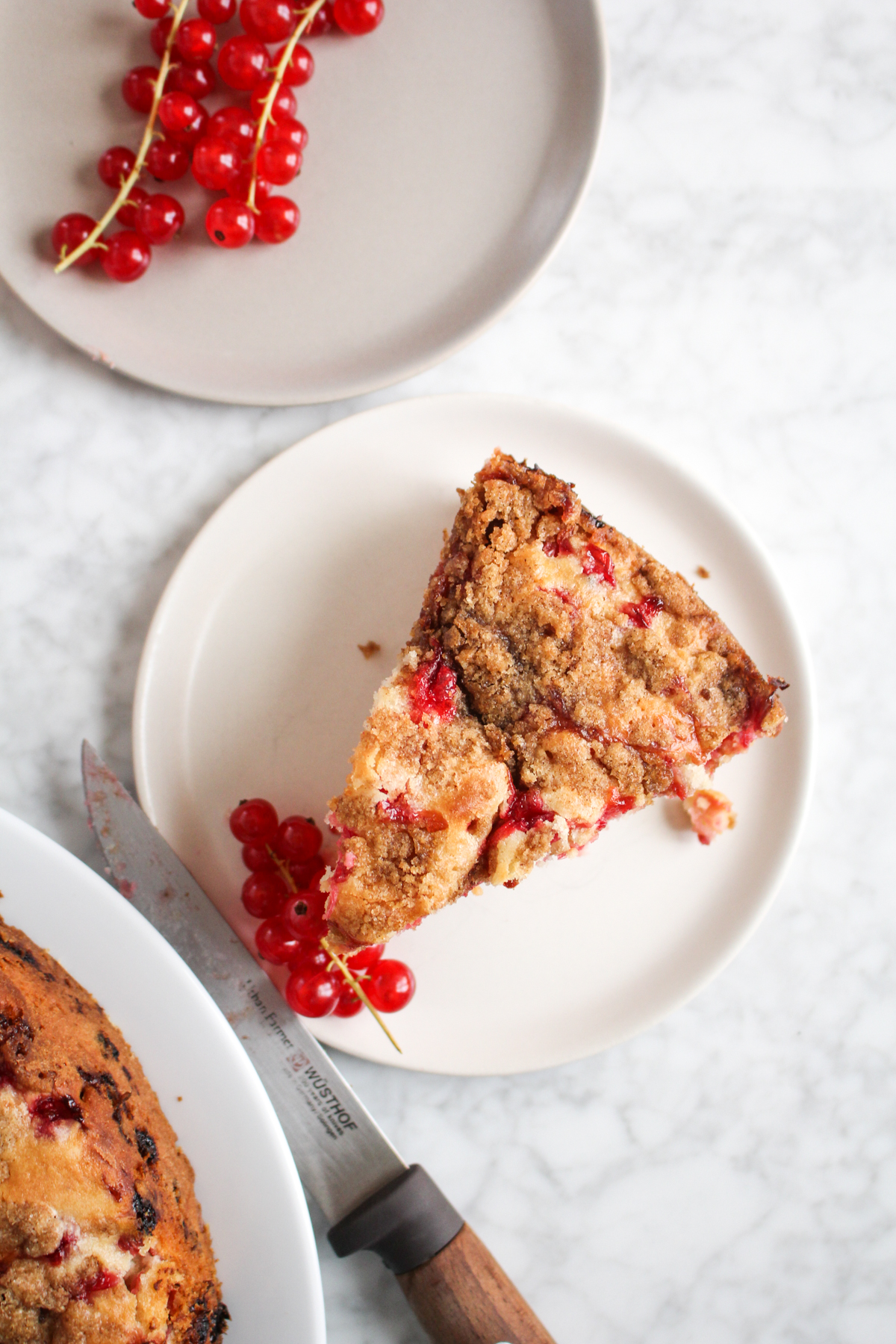 Four pounds of currants is quite a few. Thankfully, they freeze very well. But I also try to come up with at least one new red currant recipe every year. Judging by the search traffic on my other red currant recipes and your comments on this post, I can tell that lots of you are still wondering what to do with these sour little berries. And it’s a good question! There aren’t a ton of recipes out there, as these berries are still relatively uncommon in the US.

This year I made an easy Red Currant Coffee Cake to use up some of our bounty. Coffee cake is such a great American recipe. Of course, like most American things, it originated somewhere else – Germany in this case. But 150 years on, I think it’s fair to say that there’s a distinct American tradition of coffee cake that has evolved from its German roots. There’s something so satisfying about a crumbly-topped, cinnamon-scented slice of cake eaten with a mug of tea or coffee. It isn’t dainty like British tea-time snacks, it’s unapologetically just… cake for breakfast. And when packed with red currants, it has a great sour, juicy tang to counter some of that over-the-top sweetness.

I managed to cram two cups of berries into one cake (making cake for breakfast feel almost virtuous) but we still have loads of currants to use up. If you’re in the same boat and looking for more inspiration, why not try out some of my other red currant recipes, below! 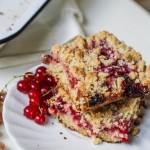 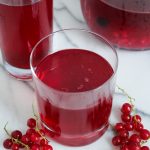 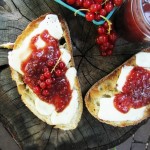 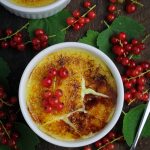 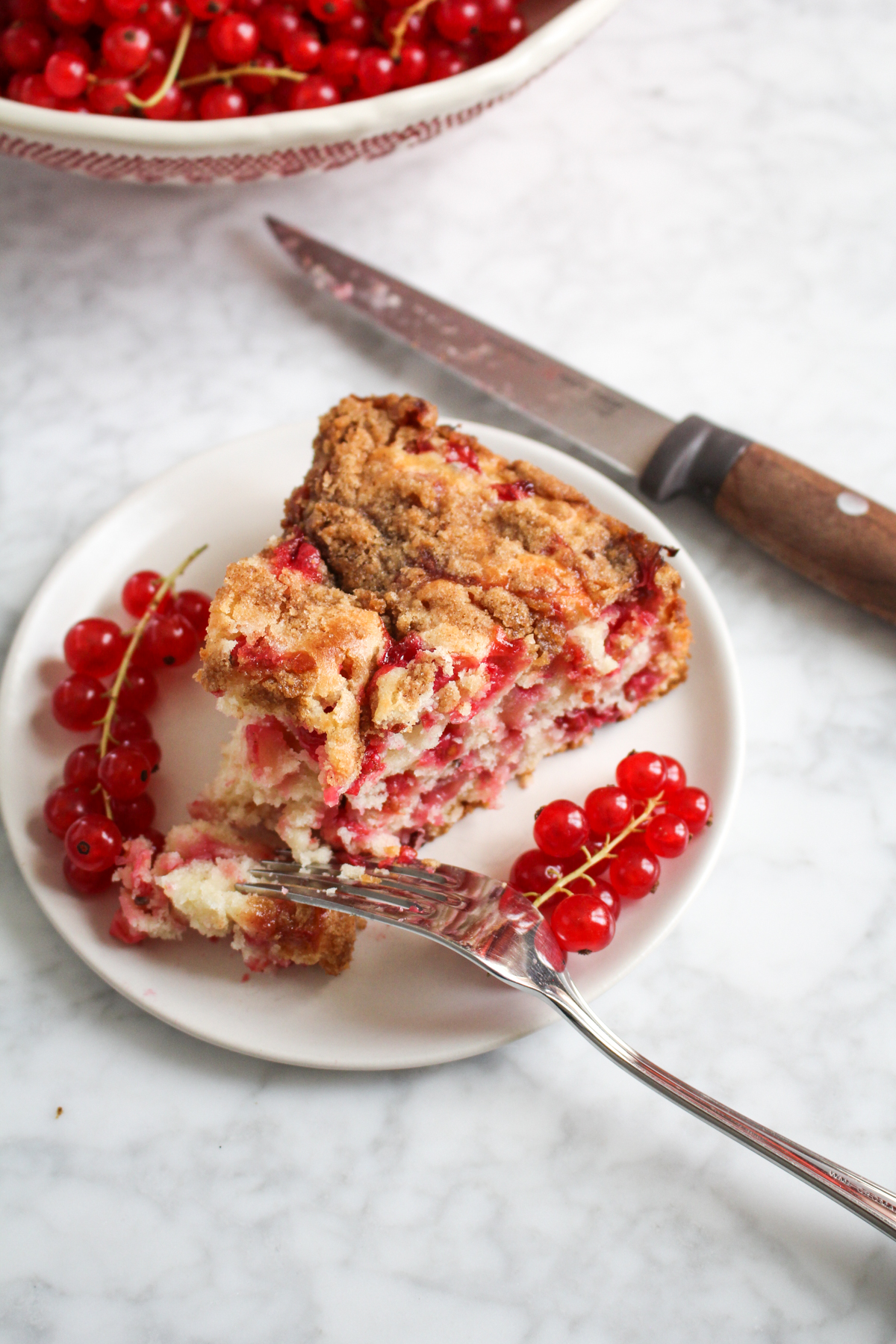 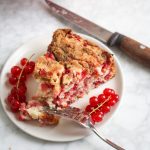