It’s been a whirlwind two weeks in Hong Kong. We’ve been to temples, beaches, horse races, mountain-tops and markets selling everything from parrots to orchids. I’ve eaten more bowls of noodles and dumplings than is good for one person, totally offsetting the extra steps and uphill runs. It’s rained every day save one, but somehow it hasn’t held us back much. I’m enjoying myself and there have been some real highs, but I’ll admit that at times it’s also a little overwhelming. That can happen when you’re sharing an island with 7 million people! Still, I’m so happy I’m here and that Trevor is here with me. I’m taking copious notes on everything to share with you when we get back, but for now, I’m mostly just soaking it all in. 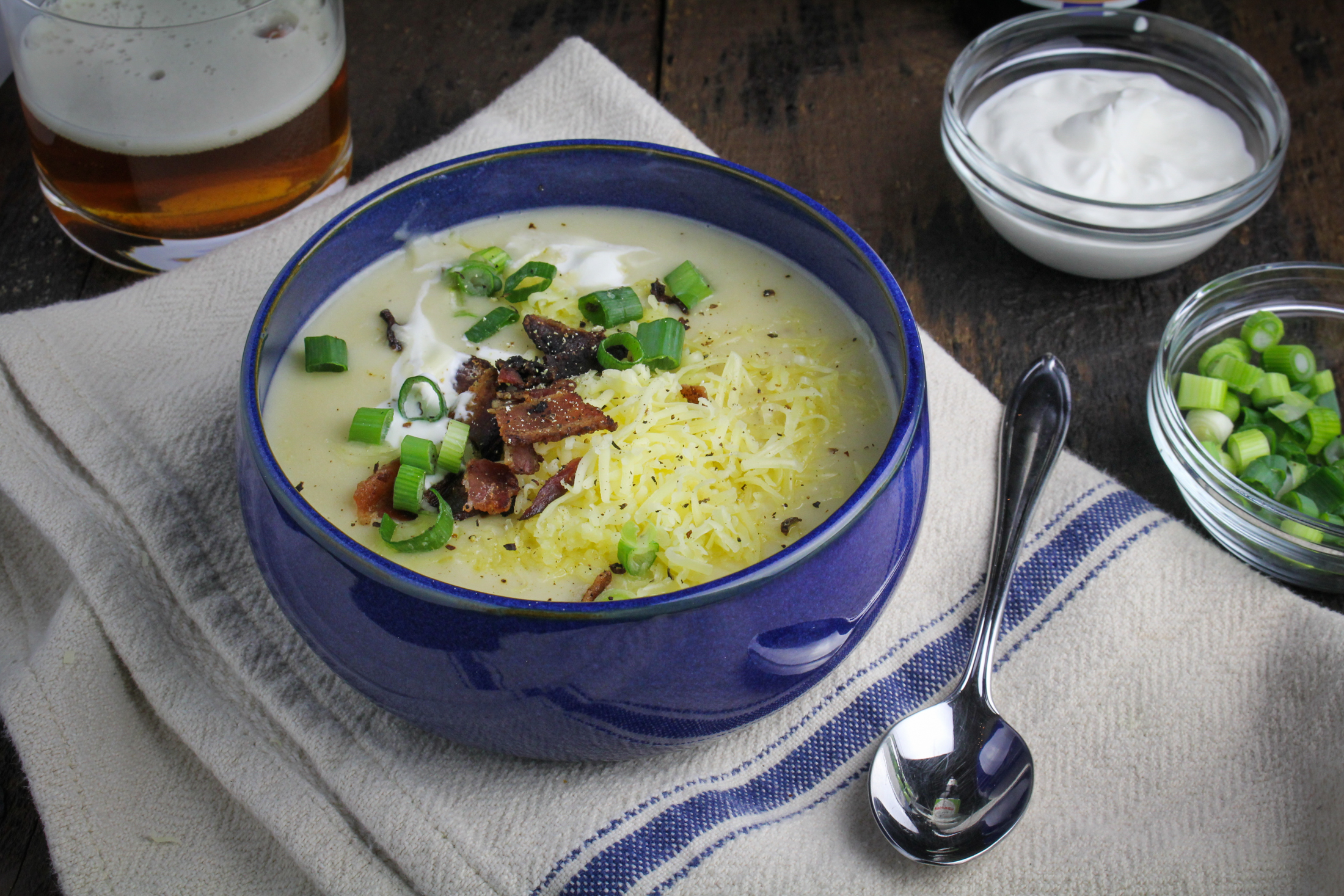 I wanted to share this hearty Loaded Baked Potato Soup in advance of the impending blizzard facing my friends and family back at home this weekend. I’m not trying to rub it in – Hong Kong is due to experience record low temperatures this weekend, dipping down into the mid-30s. Not as advertised for a country on the same latitude as Cabo! So I will also be cozying up to a bowl of soup this weekend, most likely with noodles in it. 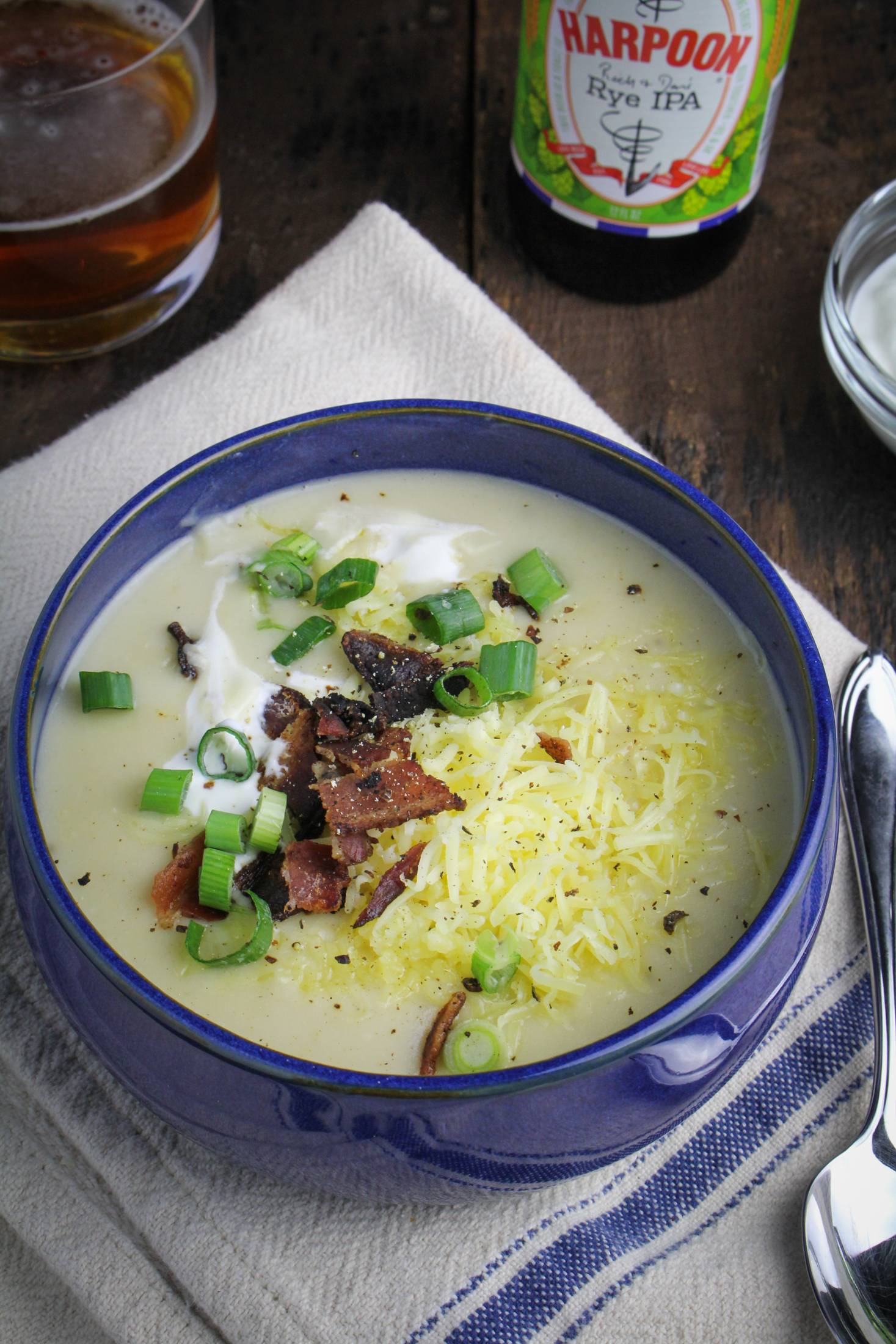 Loaded Baked Potato Soup came back onto my radar for the first time in years on the way home from our engagement trip to Vermont – we stopped at a little bagel shop halfway home and I ordered a bowl of it as soon as I saw it on the menu. For someone whose ultimate childhood meal consisted of 2 orders of the loaded potato skins at a local restaurant where 95% of the clientele was over 60, it was impossible to resist. I understand that this recipe is a bit pedestrian, a little clunky, and definitely all-American but I’m all for it anyways. It’s based on a deep-seated American love for potatoes, bacon, and sour cream served in concert – an utterly delicious combination that has almost no nutritional value. But it’s so good, and even more so when the weather is cold and your energy is flagging. As an added bonus, it’s easily made from pantry ingredients – as long as bacon and cheddar cheese are staples in your pantry, too – so those of you on the East Coast can whip it up without a trip out into the cold and snow. 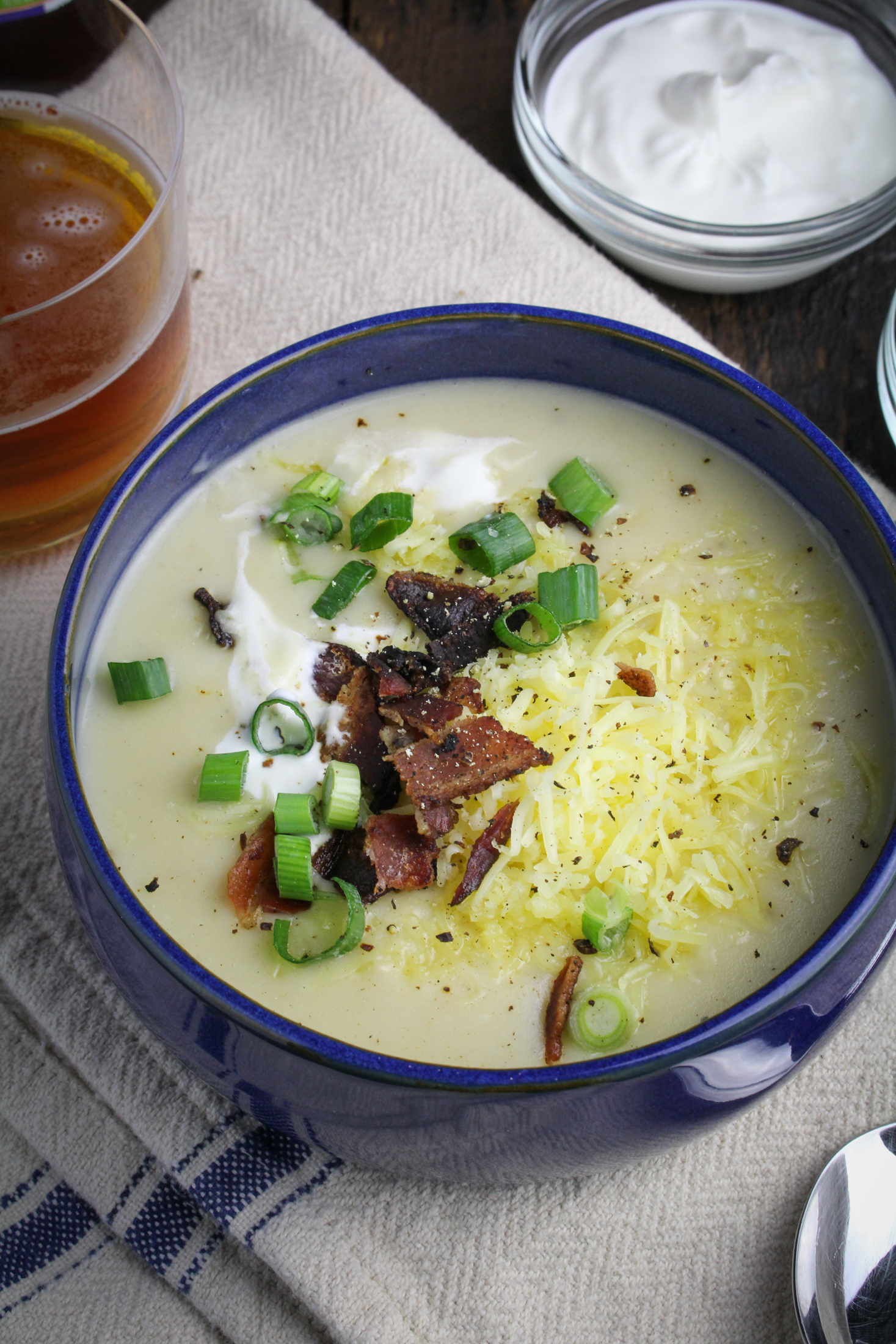