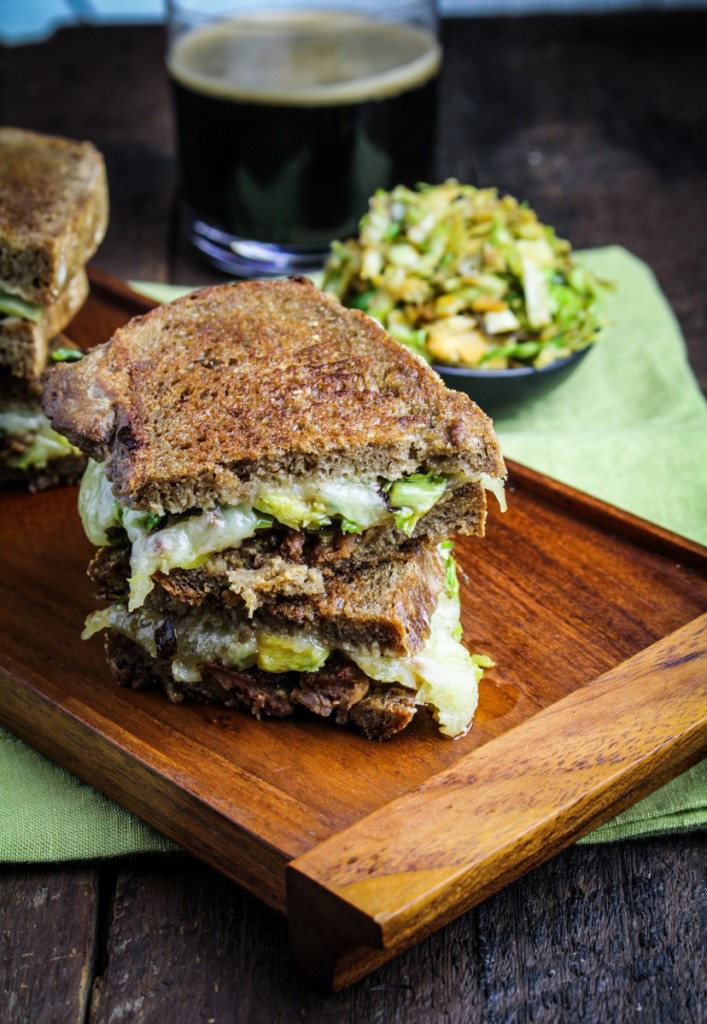 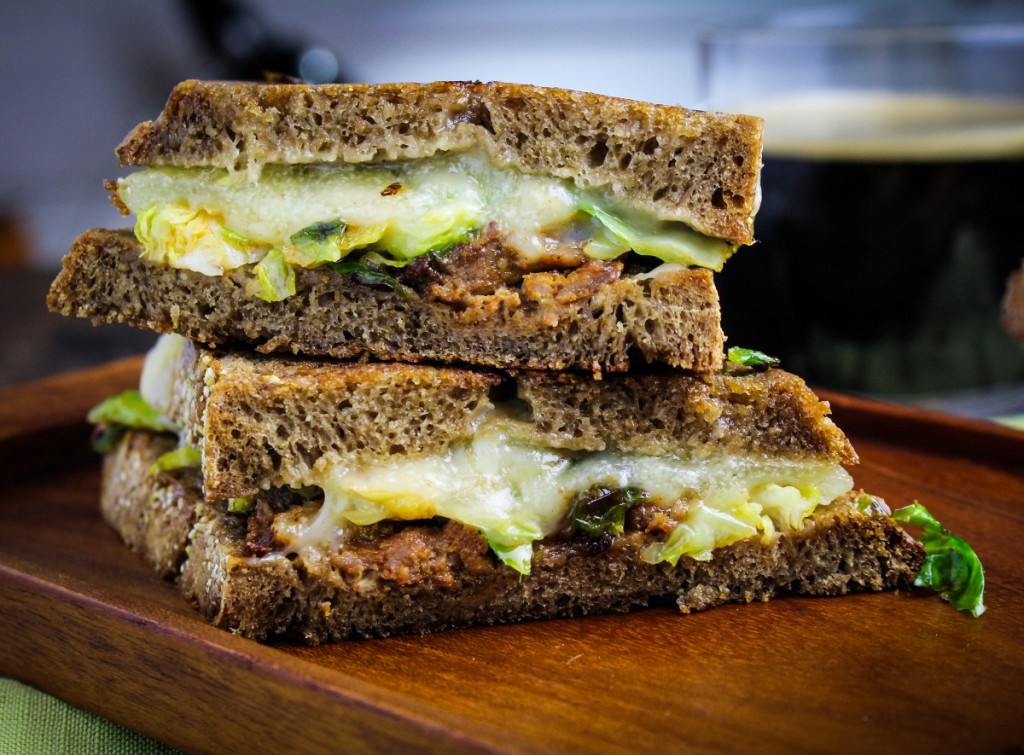 Are you guys all getting back into the swing of things? Going back to work this week has been surprisingly painless for me, even with a gross head cold and the formidable temperatures we’ve been having in Boston (I’m just glad I don’t live in the Midwest). I was a little bit worried that since I worked a few days over the holidays, I wouldn’t feel re-energized headed into this month, but for the most part I really do. It’s refreshing, and I’m wishing all of you the same clear headspace. 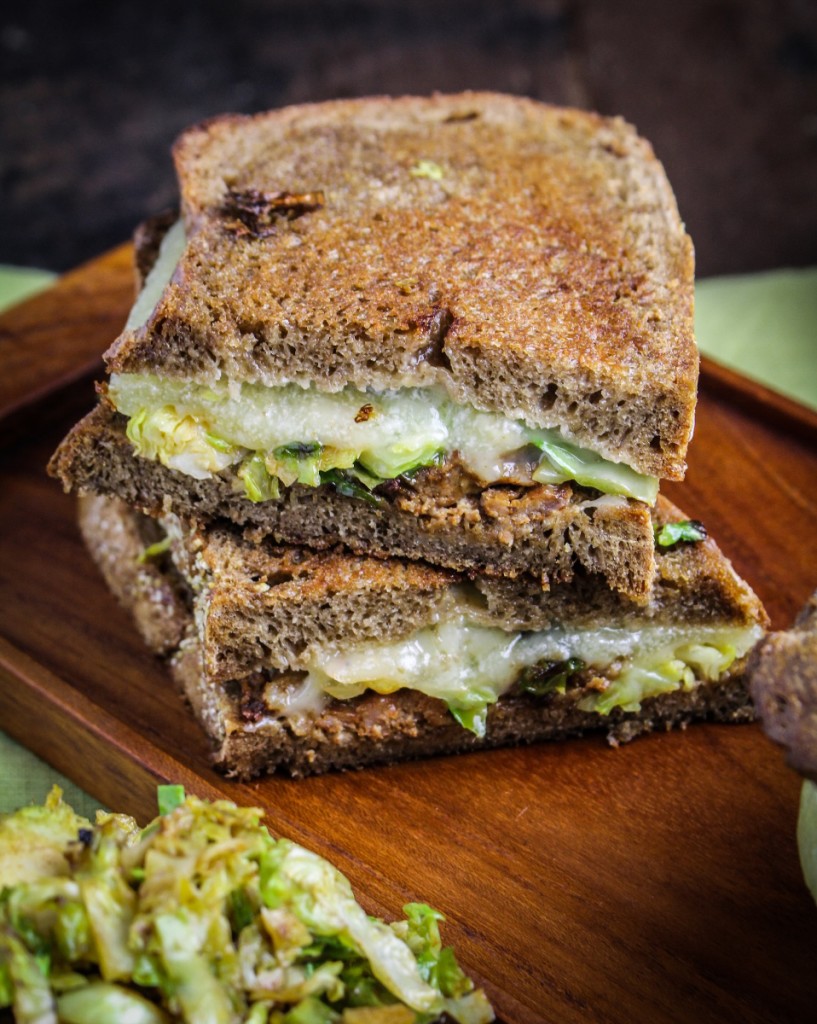 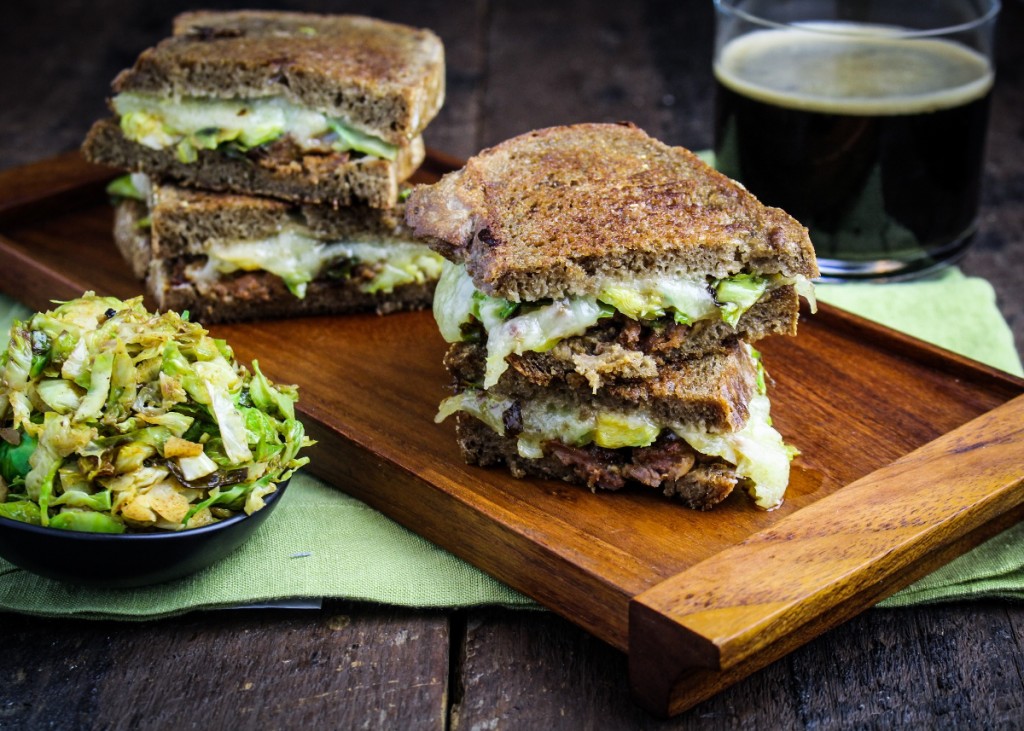 Whether you’re back at work feeling invigorated or are still recovering from the holiday whirlwind, I’m guessing you might be getting to that point in January where you start craving things that aren’t salad or green smoothies. Things like cheese. Specifically, cheese stuffed between two slices of hearty pumpernickel bread along with thin slices of spicy chorizo and sauteed shredded brussels sprouts, then grilled to perfection. Just a guess. Of course, I’m not saying that you should totally give up on your resolutions just yet – really, stick with them! – but just remember that it’s OK to have something a little bit indulgent here or there. Especially when it’s less than 0° outside. 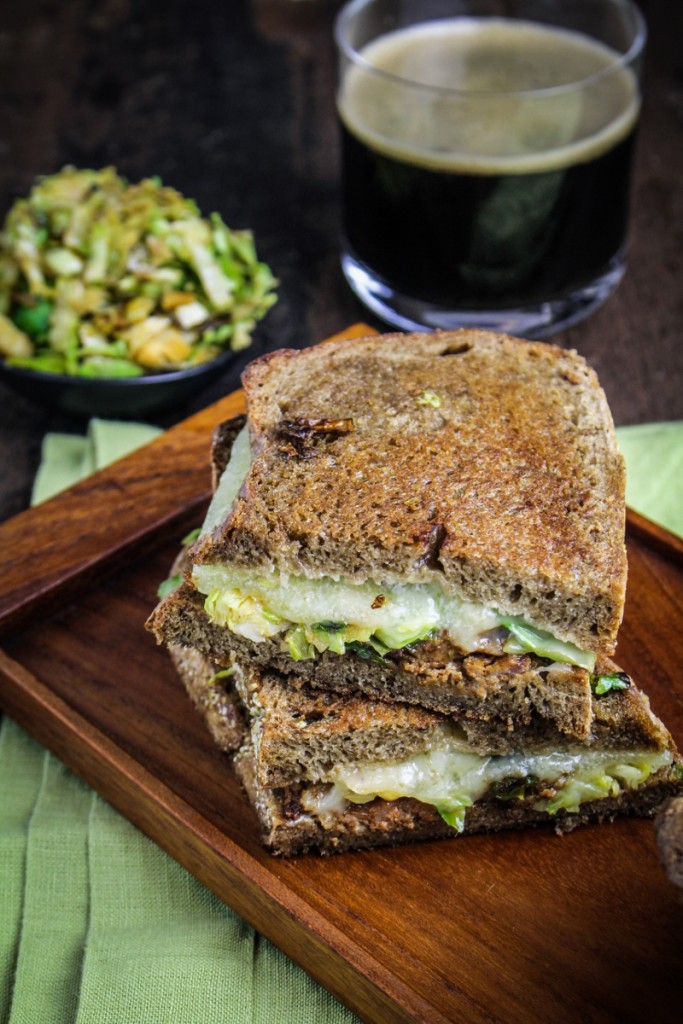 A Katie at the Kitchen Door original recipe. Serves 2.