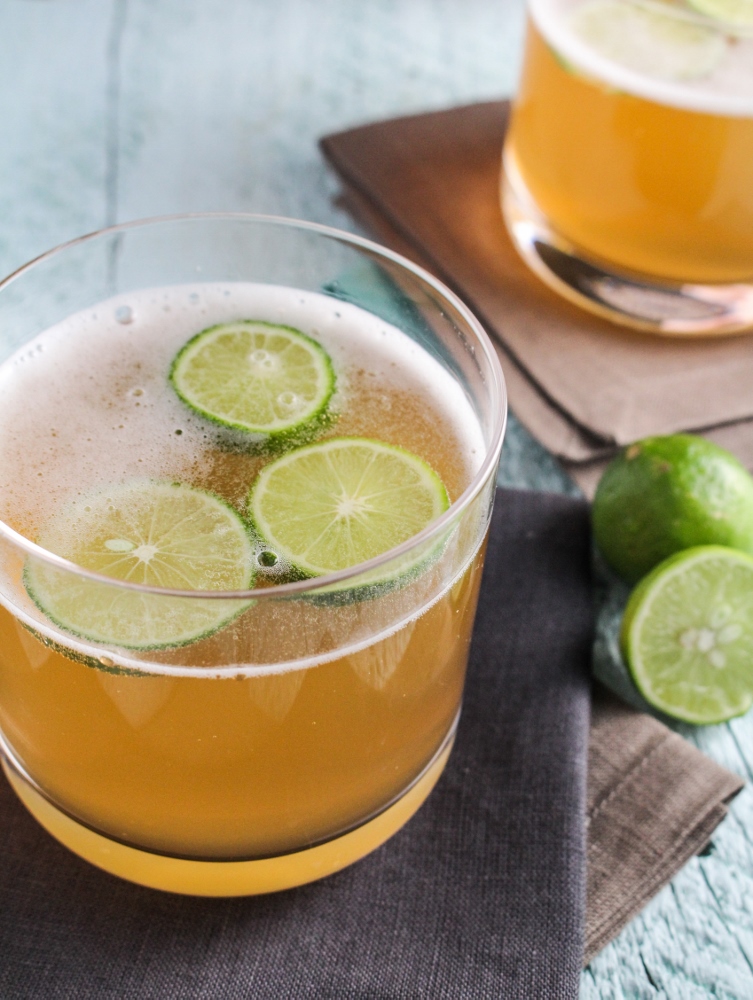 It’s time for our very last Captain’s Table Challenge recipe – a drink suitable for enjoying during the big game this Sunday. I’m not really much of a football fan (understatement; I actually don’t watch sports at all), but I am a fan of parties, whether they revolve around football or not. And although I don’t know much about the sport, I do know that people like to drink beer while watching it, so our contribution to this edition of the challenge is a classy beer cocktail, the Captain’s Lime Shandy. A classic shandy is typically a mixture of light beer and sparkling lemonade, but we upped the potency with a shot of Captain Morgan White Rum, and played off the tropical, lime-y flavors in the rum with a slightly sweetened clarified key lime juice in place of the lemonade. A dash of bitters  added a hint of sweetness and complexity, and we had ourselves a drink worth watching football for. Not too sweet, not too bitter, these perfectly combine the drinkability of a beer with the more nuanced flavors of a good cocktail.

But be careful, these are highly drinkable! A fact we discovered last night when we found ourselves inadvertently tipsy while recipe testing. Perhaps if we had been noshing on these Mini Shrimp Tacos at the same time we would have been better off. 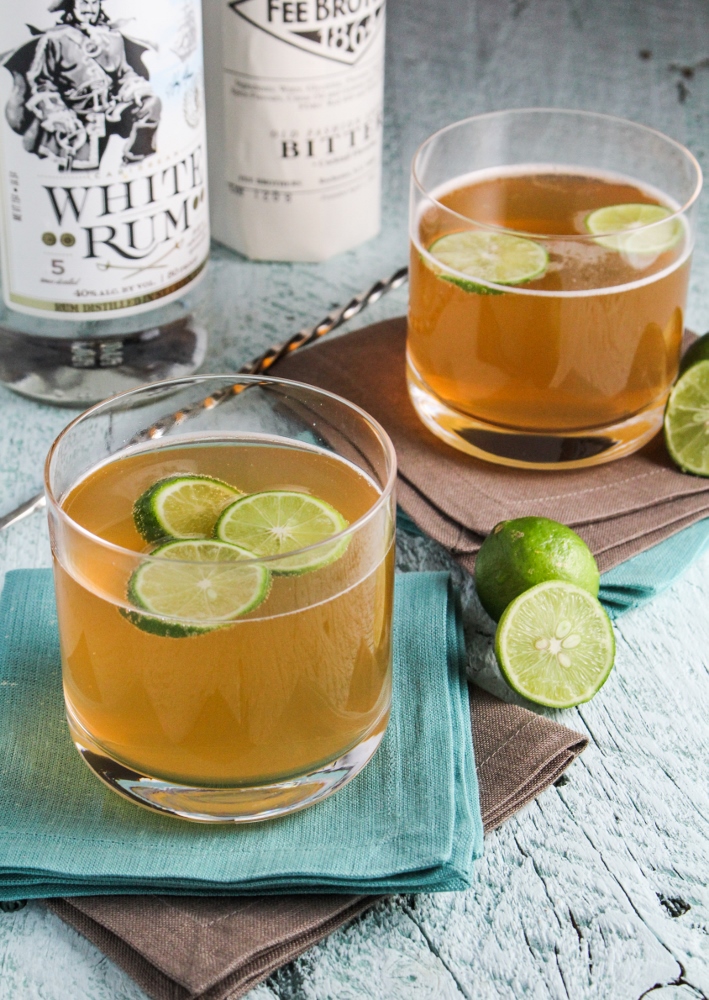