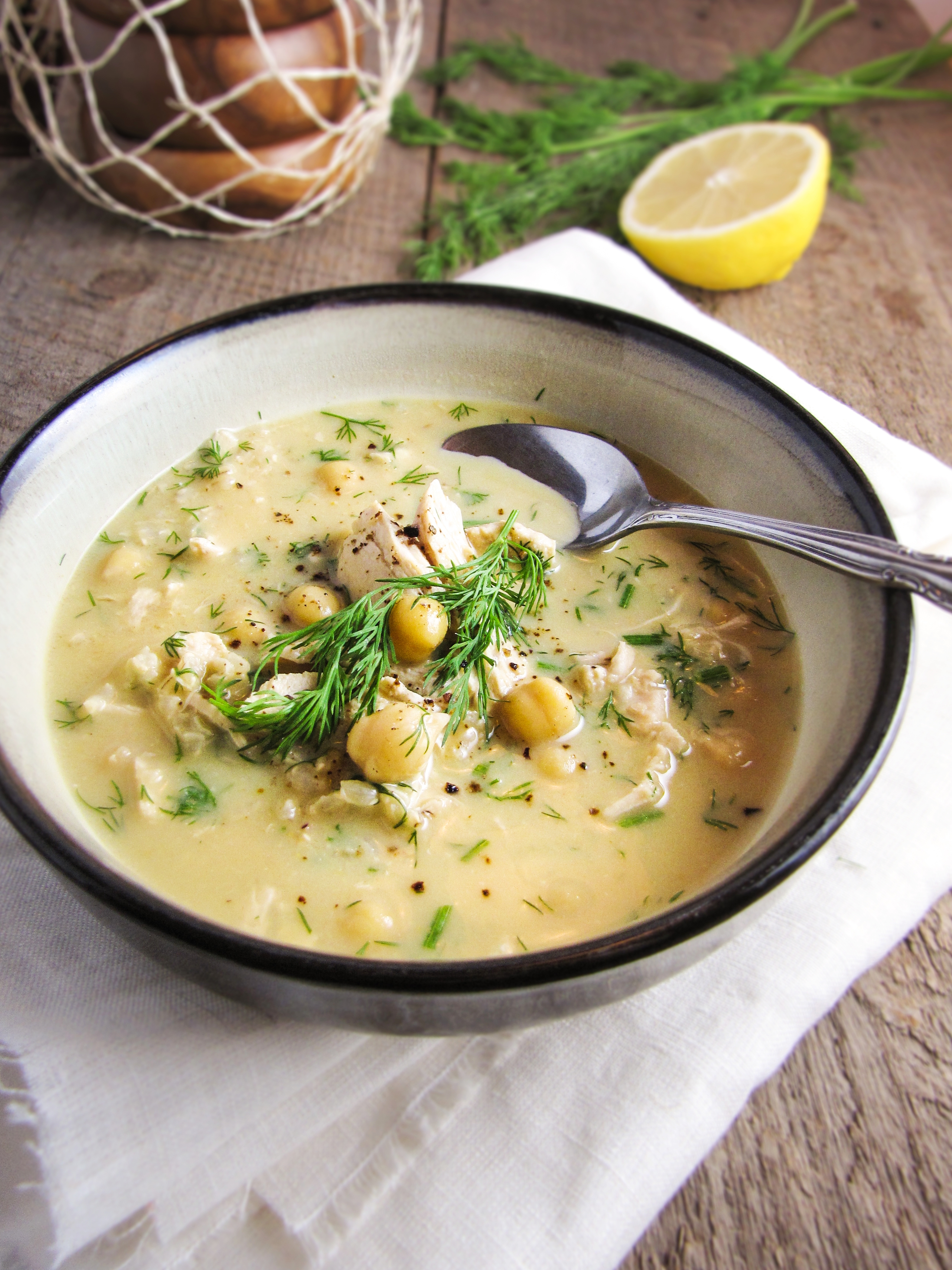 It seems as though we’ve entered flu season. I actually haven’t been sick yet, but I’ve seen several co-workers, a few family members, and lots of blog-friends succumb in the past week or two. I just want to send everyone a big bowl of chicken soup, but that seems unfeasible, given, you know, the logistics of shipping chicken soup around the country, so I made this lovely, thick, Greek-inspired bowl of avgolemono with chicken to inspire health in all of you (and I’m also hoping that eating it myself will help stave off illness a while longer). In particular, Grandma Joyce – I hope you’re feeling much much better!

This is another recipe that’s inspired by Maria‘s Ancient Grains for Modern Meals. I really love this cookbook, but I’m always tinkering with the recipes, which sometimes gives me cooking guilt, as I know it’s not a fair test of the recipe (and that a lot of work goes into recipe-testing for cookbooks to get them just right)! I set out to make this one exactly as written, but realized as I started cooking that I didn’t have any scallions, and that I didn’t have any par-boiled rice on hand, and that I really needed to use up the chickpeas that have been sitting in my fridge. So I sighed, and adjusted here and tweaked there, and made it my own. I promise, I’ll make the next recipe from Maria’s book the way it says to! 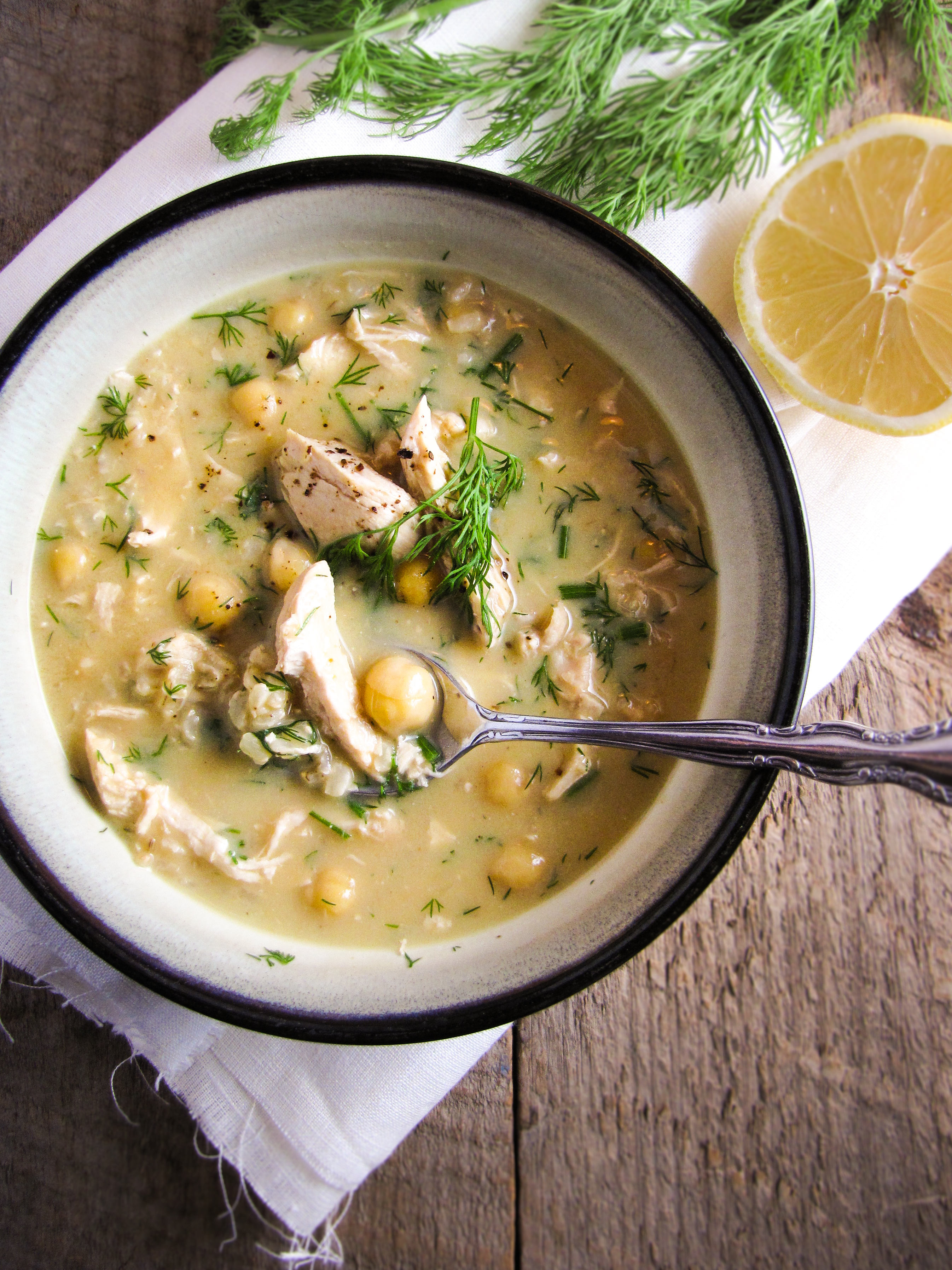 As you might have guessed, this is another one for my winter cleanse. It’s great cleanse food – the avgolemono, a Greek technique that involves adding an egg and lemon mixture to thicken hot broth, makes it thicker and more substantial than your average soup, without adding a lot of extra calories. With chicken, chickpeas, and brown rice, it’s filling and warming and lovely. Give it a try… and feel better to all of you who are under the weather!