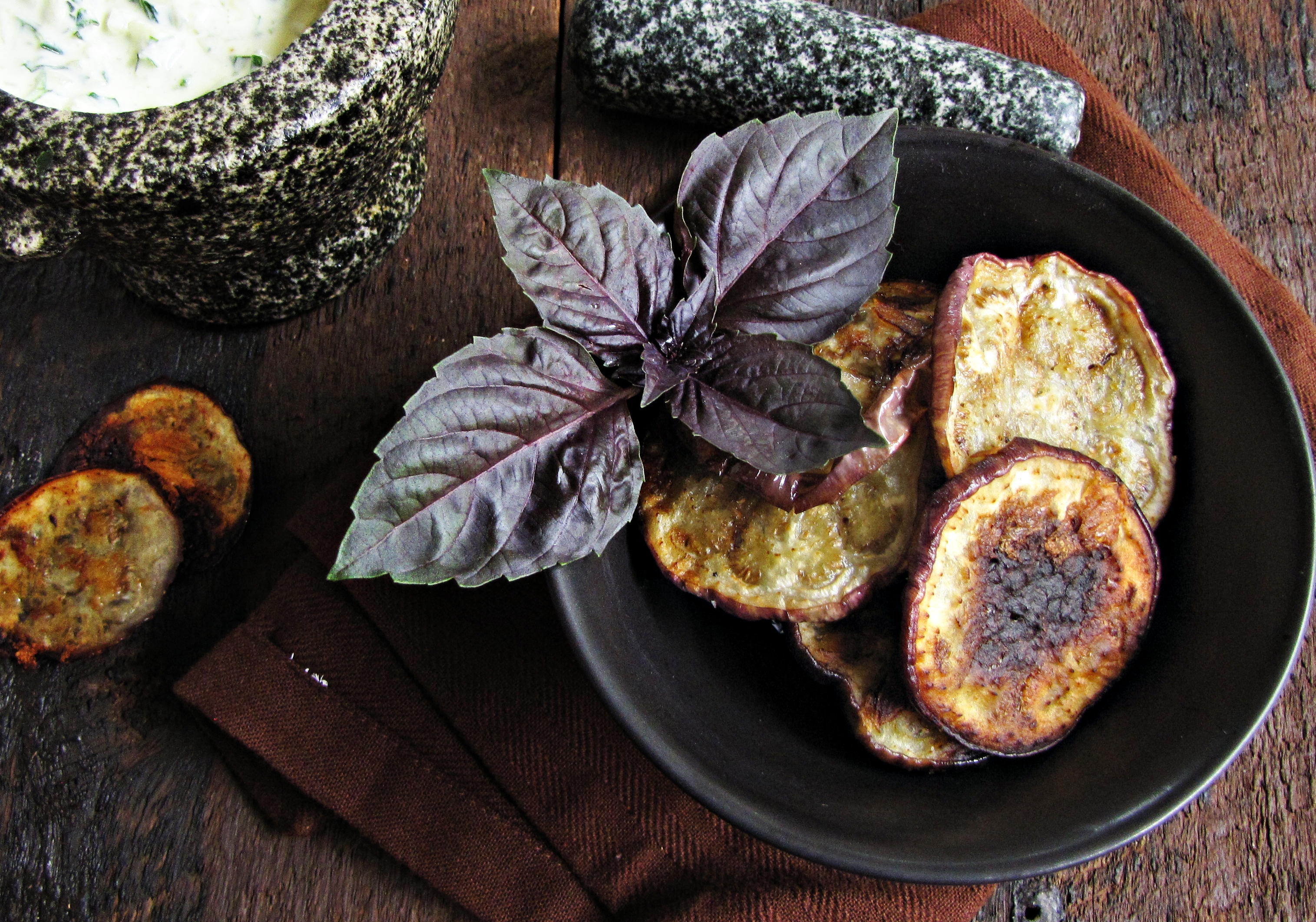 Last weekend was a busy one for me.  My cousin’s wedding (congratulations, Danny and Amanda!) was the big event, and I spent most of the weekend catching up with family, drinking margaritas, dancing till my feet hurt, and traveling to and fro.  By the time I got home Sunday afternoon, I was exhausted.  So exhausted, in fact, that the idea of putting together a blog post for my 5pm deadline for Greatist was pretty daunting.  Which is about the time Trevor came to the rescue.  As I sat at the kitchen table bemoaning the state of my creativity as well as the contents of my fridge, half-heartedly throwing out ideas, (“all I have is one eggplant.  I’m just going to cut it up and put it in the oven and call it a day.”), he became a man of action.  He grabbed the eggplant, sliced it, salted it, and began actually doing the things I was musing about (“maybe eggplant chips.  Maybe rub them with garlic like bruschetta.  No, maybe brush them with garlic oil.  And let’s have a sauce.  With basil.”)  By the time he was done saving the day, I was inspired, and these garlicky eggplant chips had just come out of the oven.  I snapped a few pics, and the blog-crisis was solved.

These chips, though, man were they a good spur of the moment creation!  Crispy, super-garlicky and flavorful, and hot out of the oven they were better than any potato chip I’ve had in a long time.  Plus, they’re made from eggplants, which are loaded with health benefits and low calorie, and they’re baked (always better than fried, even though eggplants do soak up quite a bit of olive oil as they bake).   All in all, a super delicious snack or appetizer.  I couldn’t stop talking about how much I liked them as we walked to dinner that night, although once I got to dinner I started talking about that… so maybe I just like food. :)

Head on over to Greatist for the recipe!