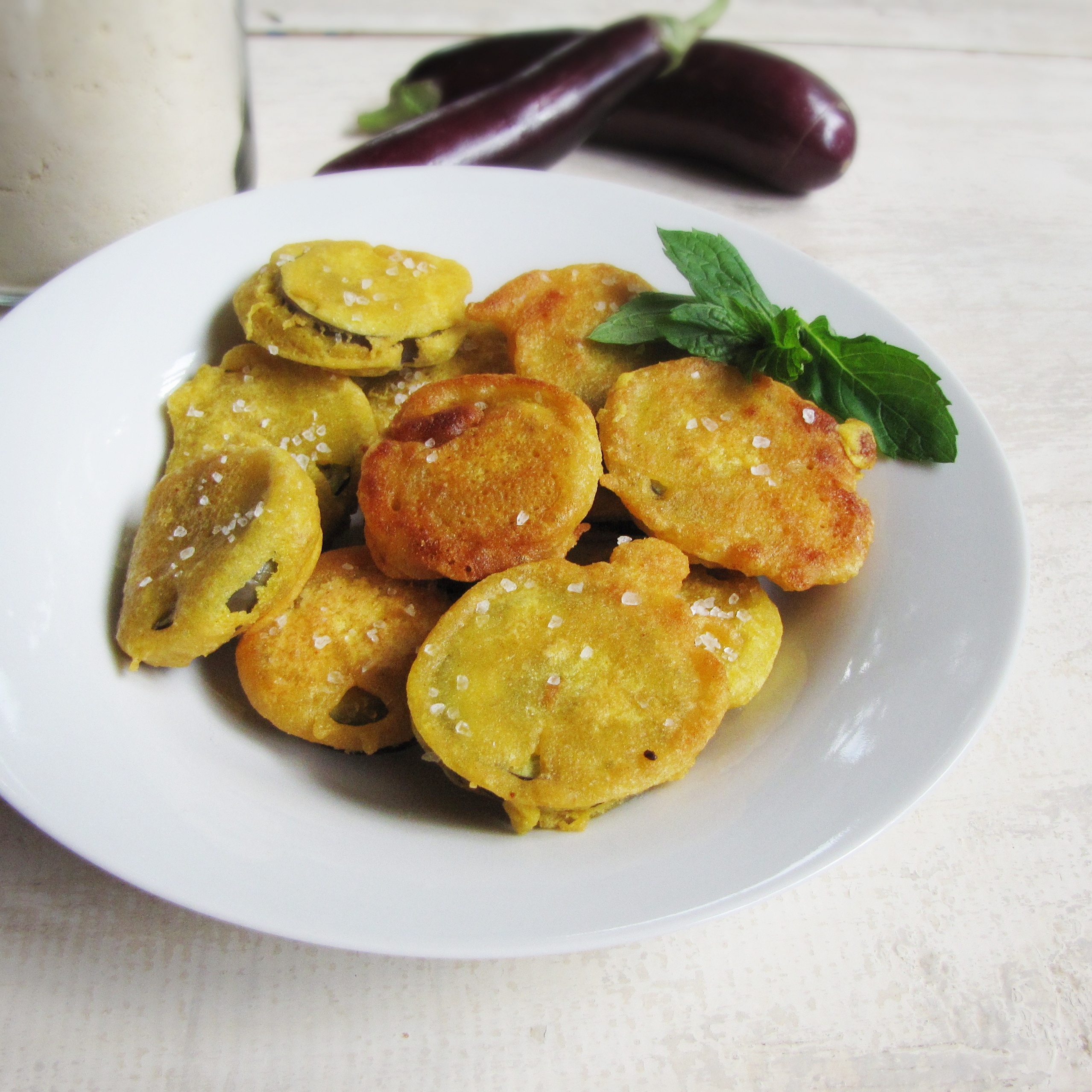 I came home from Andover with a lot of produce on Tuesday night – besides a giant bag of apples, I also had an armful of eggplants, a bunch of kale, and fresh herbs, all scavenged from the Andover garden.  Now, free produce is free produce, and I was as excited about it as I always am about free food (or free anything, really), but I was a little perplexed by what to do with 8 eggplants.  My rate of eggplant consumption is generally about 1 per month, not because I don’t like it, but because I only have one or two ways of preparing it – the first being roasting it and tossing it with pasta and feta, the second being baba ghanoush.  These are both delicious, but I don’t like cooking or eating the same thing too frequently (except when it comes to breakfast, where my weekly repertoire of recipes never exceeds two), so I wanted to try something new with my bounty. 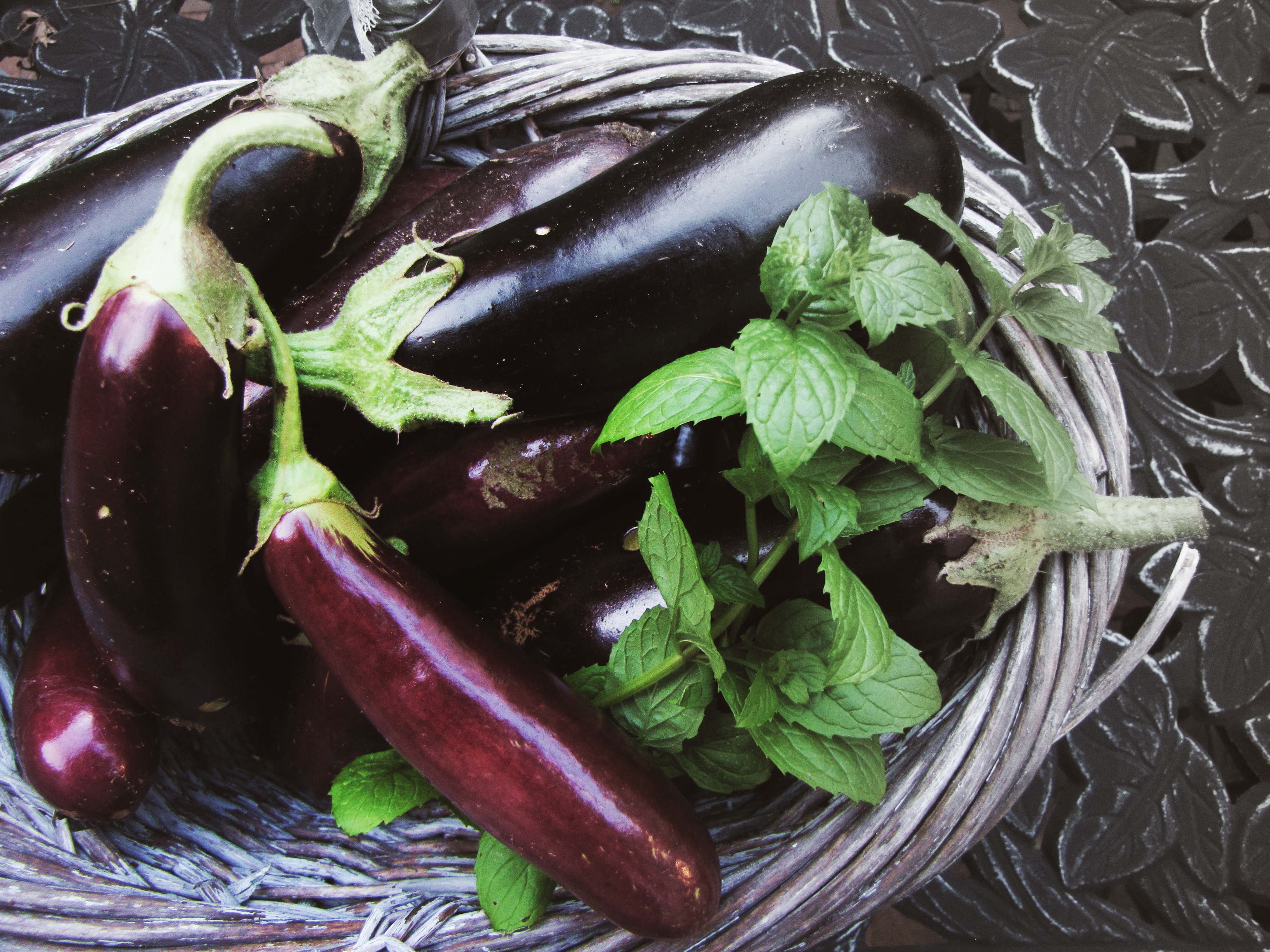 Turns out, I actually had several eggplant recipes already bookmarked (it’s hard to keep track of the recipes you have bookmarked when you have over 500 of them, and it can be so exciting to rediscover them), so I set about trying a few.  Eggplant cream sauce, vegetarian eggplant meatballs, baked eggplant chips, Turkish eggplant phyllo pies – where to start?  It was Saturday afternoon, I was extremely hungry after a 6 mile run, I wanted to blog and use up some of my produce, but I only had an hour before I had to leave to catch a train.  So, I decided to try these quick Indian eggplant snacks – called Beguni.  They’re just thin slices of eggplant, dredged in a gently spiced chickpea batter, and fried hot until the batter is golden brown and the eggplant is tender.  Having never been to India, I can’t personally attest to this, but from what I’ve read, they are an extremely popular street food item sold mainly during monsoon season.  (It rained a lot yesterday – does that count?) 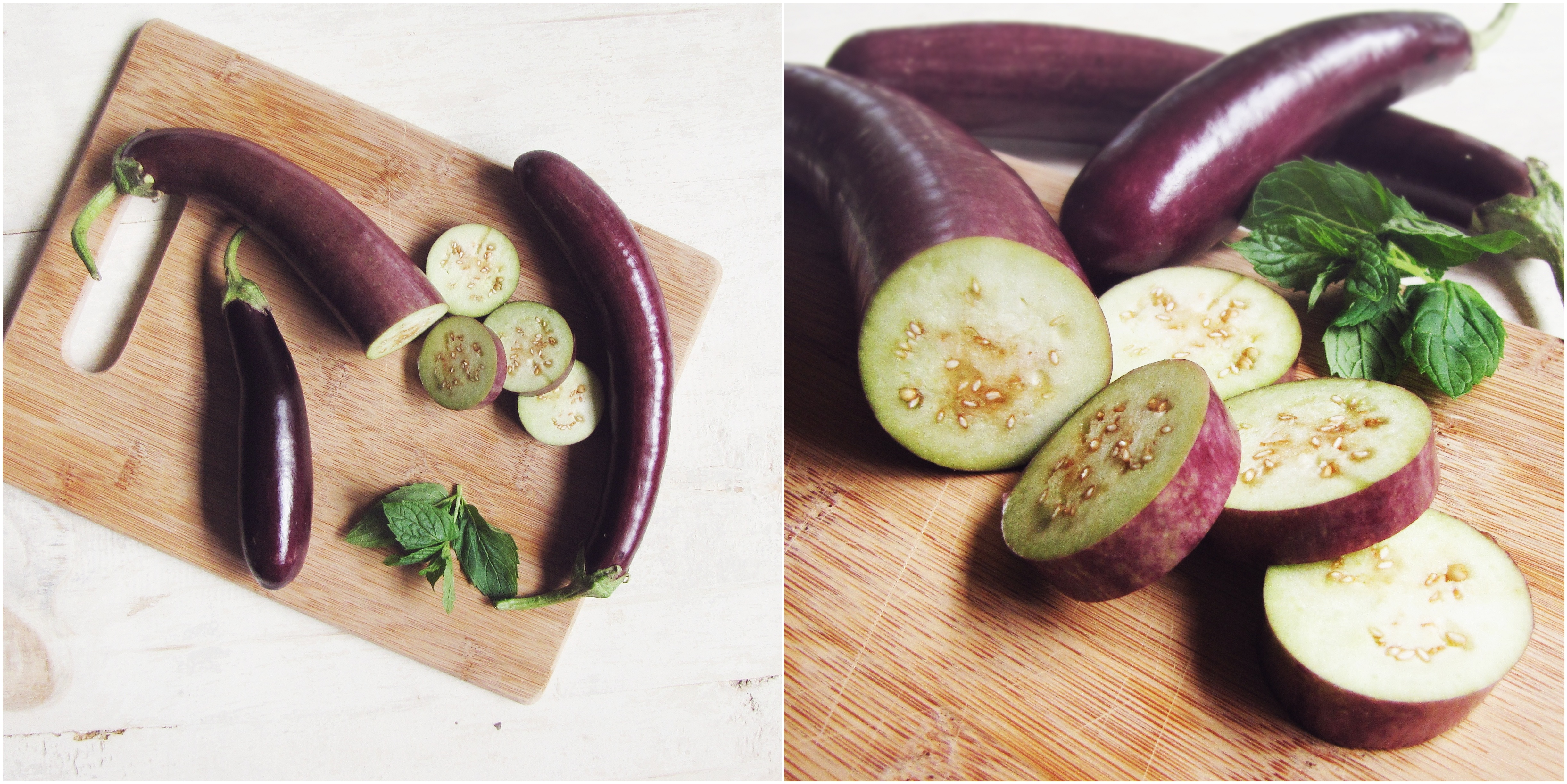 They ended up being the perfect solution.  Super easy to both prepare and cook, I had a hot, tasty snack within 15 minutes of deciding to make these, and I even had time to snap a few photos, and make sticky figs (coming soon!).  This may not be the healthiest way to enjoy eggplant, but it’s definitely delicious, and certainly a departure from my standard eggplant recipes.  If you’re looking for a new way to prepare eggplant, a quick afternoon snack, or a tasty appetizer to an Indian themed dinner, these are definitely worth trying.  And be sure to fry up any extra batter as a treat for yourself rather than dumping it – it’s super yummy by itself, although not as good as with hot, creamy eggplant inside! 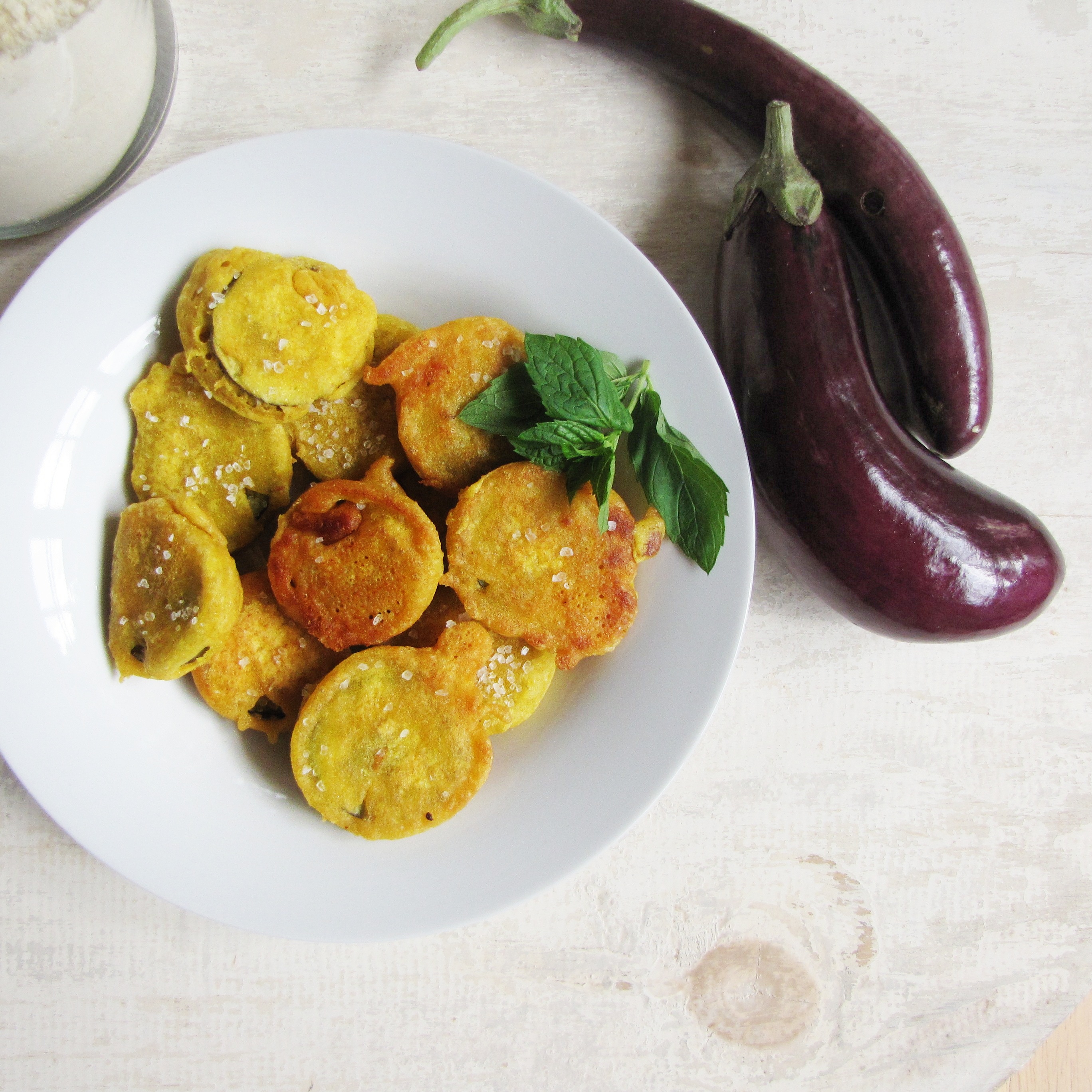