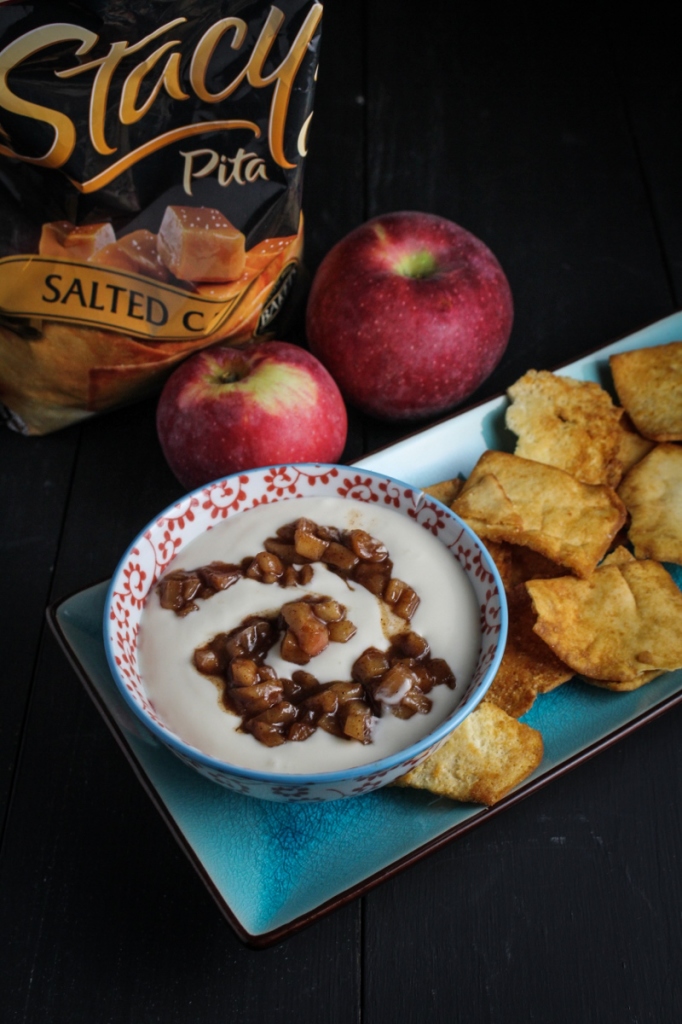 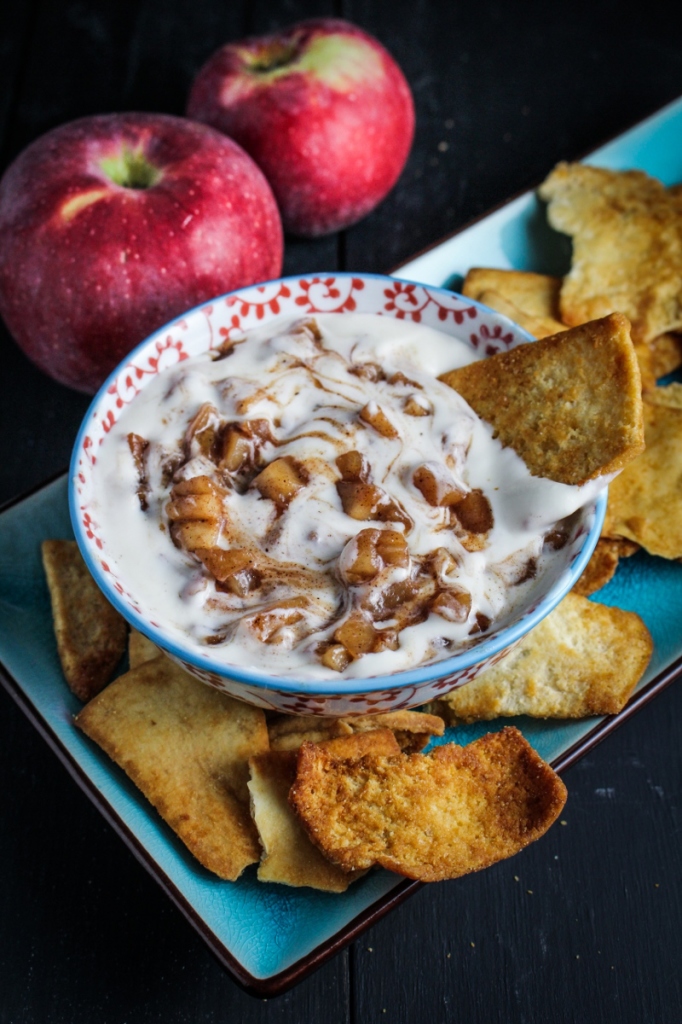 Although I’d be hard-pressed to argue with you if you told me that the combination of pita chips and a really good hummus couldn’t be beat, some situations just call for something a little sweeter. Stacy’s, long known for making tasty, extra crunchy pita chips, has released a limited edition flavor that meets just this need: Stacy’s Salted Caramel Pita Chips. When the team at Stacy’s challenged me to come up with a dip that would pair well with their latest flavor, I readily agreed. I’ve been a fan of Stacy’s pita chips since I was a kid – they make a great snack, and are one of the best vehicles for scooping up hummus, muhamarra, and other Middle Eastern dips. 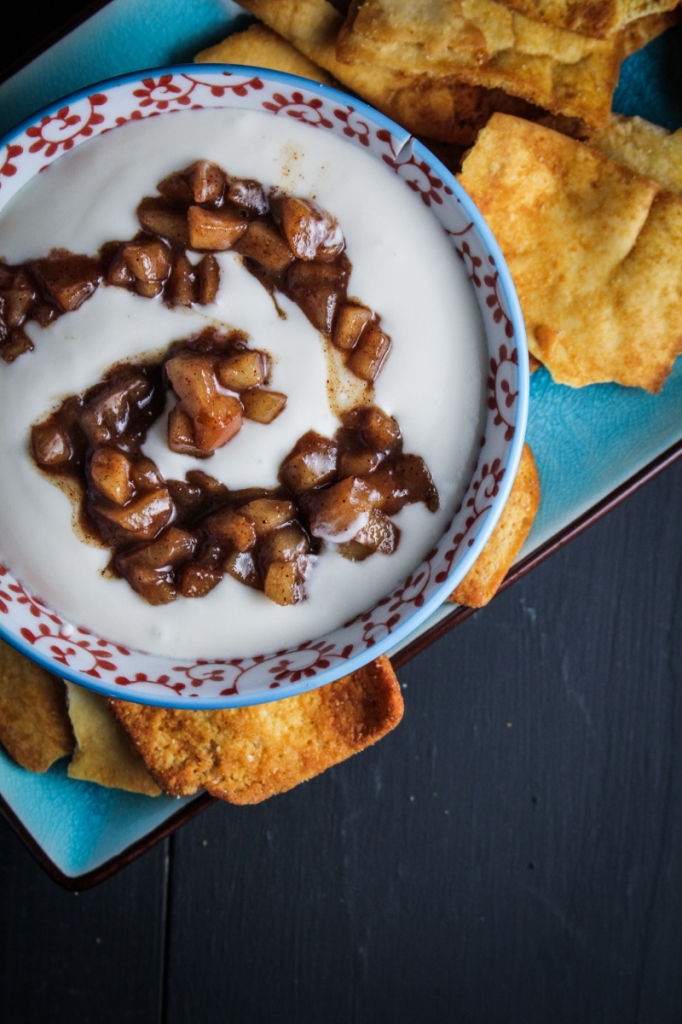 I knew I wanted to put together a dessert dip, but I really didn’t want it to be cloyingly sweet or overly rich. I initially intended to use whipped mascarpone as the base, but at the last minute decided that a whipped Greek yogurt would add some much needed tang, as well as reduce the caloric implications of indulging in this dip. I think it was the right choice – the dip is light and airy, with a hint of sourness from the yogurt balanced by the sweetness of the apple mixture. It definitely has an apple pie flavor – the slightly salty, buttery chips serving as the crispy crust, the apple mixture a similar consistency and flavor to pie, and the sweet whipped yogurt like a very generous portion of whipped cream (or melted ice cream, if that’s more your style). If you’re looking for an appetizer or dessert to add to your holiday party menus this year, consider whipping up some of this. Check out Stacy’s Pinterest board for more fun dip ideas, too.

Disclaimer: This post is sponsored by Stacy’s Pita Chips. All opinions are honest and my own. 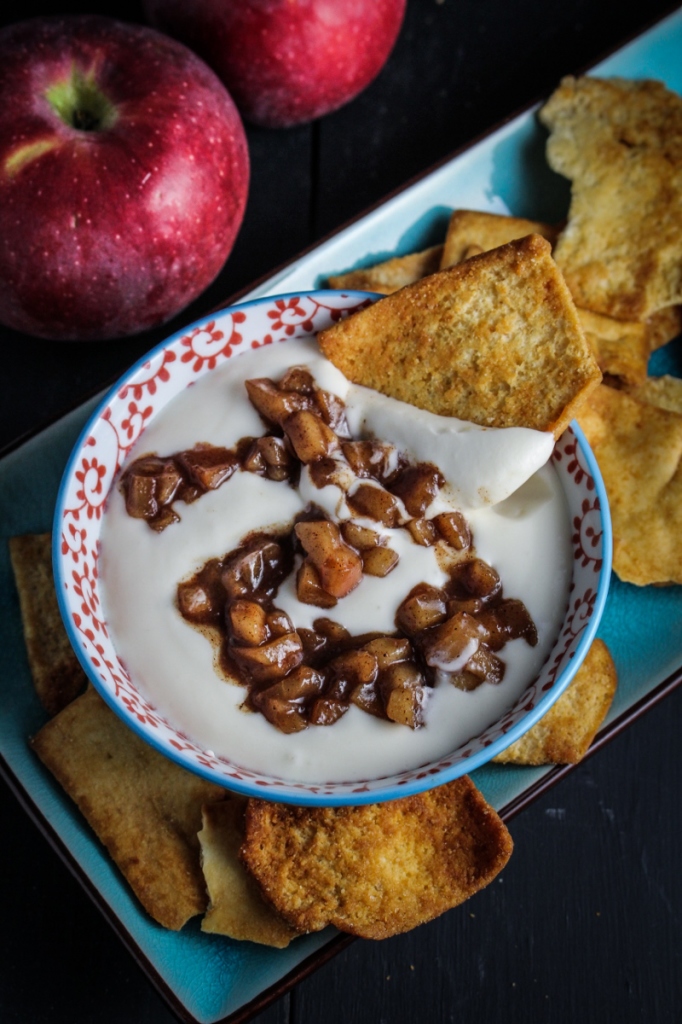 A Katie at the Kitchen Door original recipe. Makes about 1 1/2 cups.