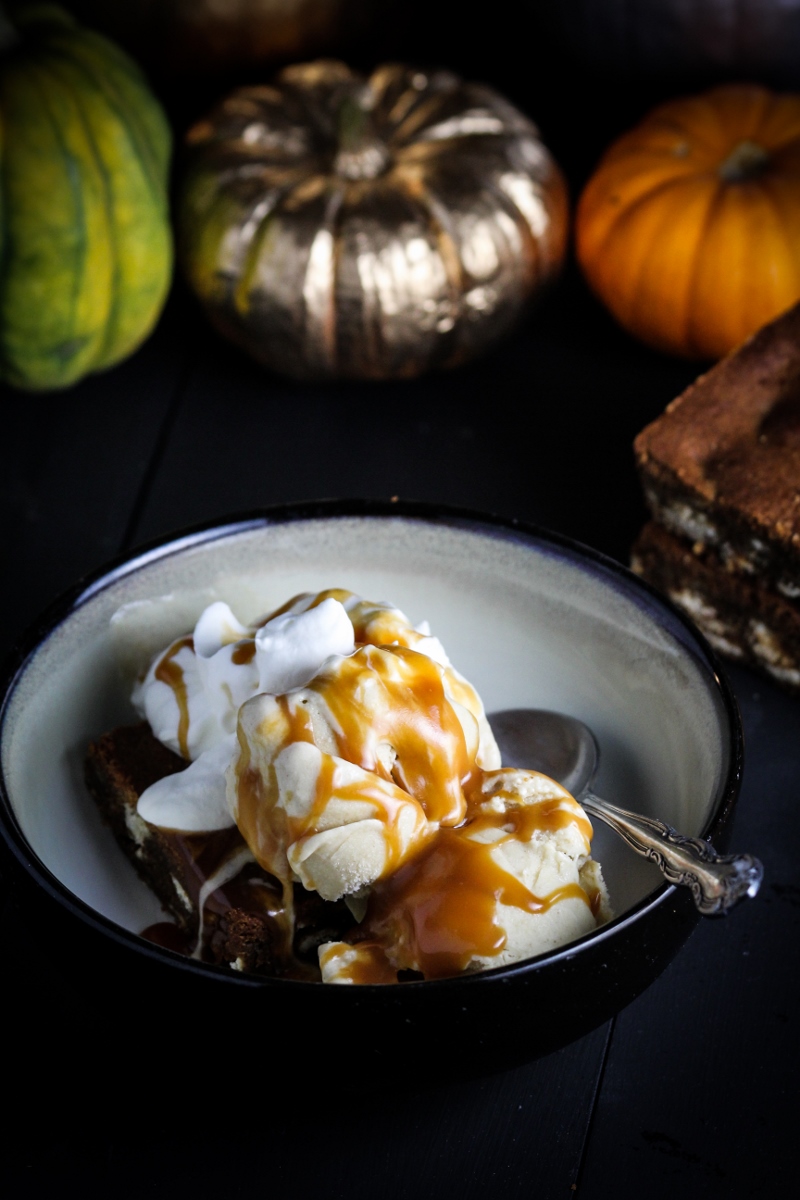 I’ve been thinking about this recipe for over a year now. The phrase “pumpkin ice cream sundae” popped into my head one day, and since then, I’ve been considering how to get this just right. I knew it had to have all of the components of a brownie sundae, but tweaked for fall. Some sort of gingerbready brownie. Super creamy pumpkin ice cream. Caramel sauce and whipped cream. I tinkered with the brownie base last year, but never hit on the right combination of brownie consistency and gingerbread taste, so I put it to rest until this fall. And now, I think I have it.

The key to getting the gingerbread base right was making the mental switch from “brownie” to “blondie.” A quick google search revealed that someone else had already perfected the recipe for me, so I made Pink Parsley’s White Chocolate and Gingerbread Blondies pretty much as written. For the ice cream, I used the Pumpkin-Maple Ice Cream from the new book Jenny McCoy’s Desserts for Every Season (I just reviewed it a few weeks ago, if you want to know more). It has 7 egg yolks in it, so I knew there wasn’t going to be a problem with creaminess. Topped off with a caramel sauce runny enough to drizzle and some fresh whipped cream, it was just what I was imagining – spicy, chewy blondie, sweet pumpkin ice cream, and rich and salty caramel sauce blending together in every bite. 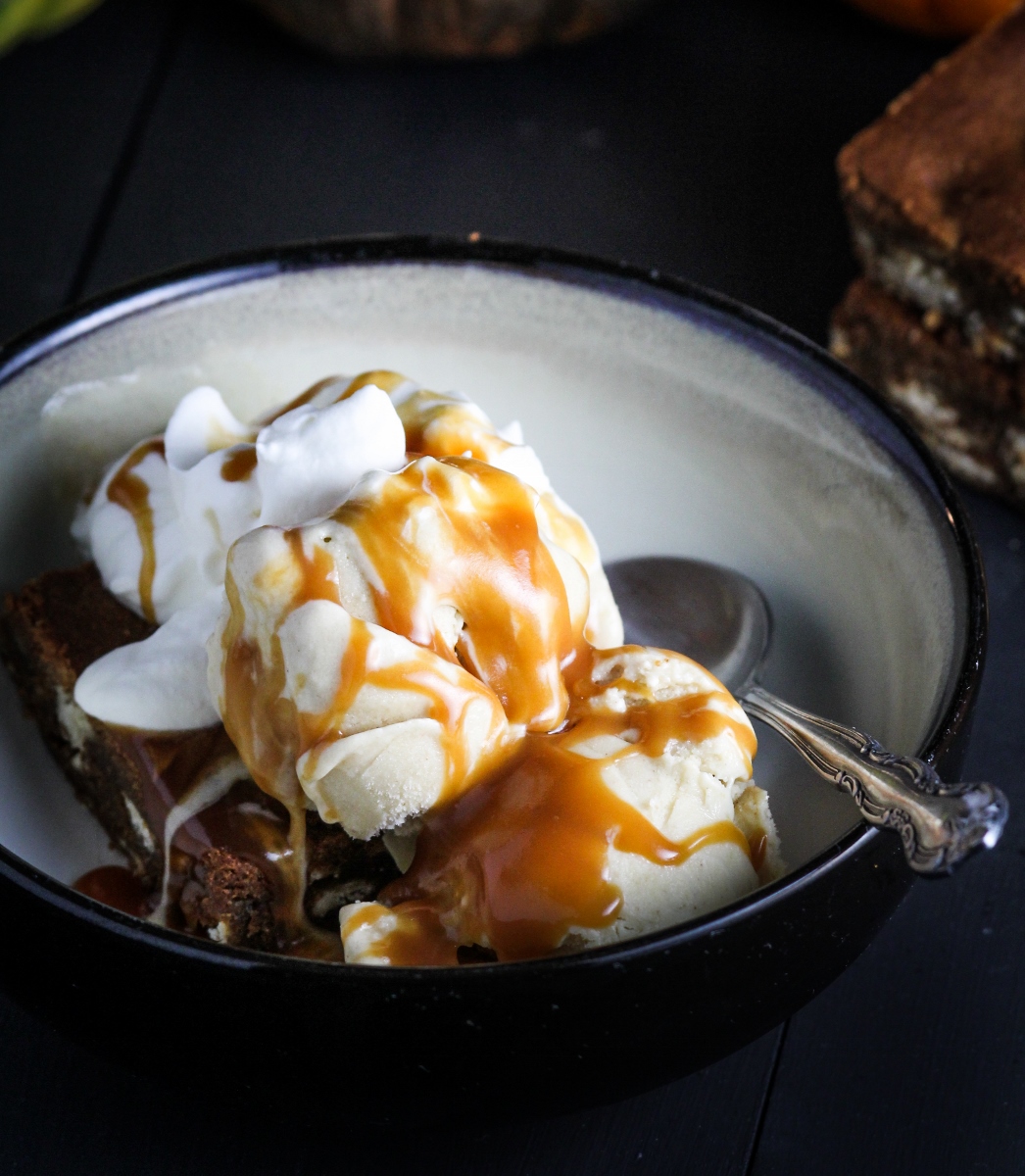 But, as I was finally assembling this perfect fall dessert, I knocked my camera off the chair. Total klutz. Several minutes of panic ensued as I tried to get my relatively new, fairly expensive camera to turn back on while simultaneously wanting to smack myself repeatedly in the forehead. Thankfully, I switched out the lenses and realized that the camera works fine but the front of the lens had popped apart on impact. I still feel like an idiot, but it’s one of my cheaper lenses, so if I can’t get it repaired it won’t devastate my bank account to replace it. Speaking of, does anyone know of any good camera repair shops in Boston? Or should I just send it straight to Canon? Anyway, if this sundae looks a little melty/panic-tinged, that’s the reason. On the other hand, I really needed an ice cream sundae after all that camera-stress, and a perfect one was sitting right in front of me. 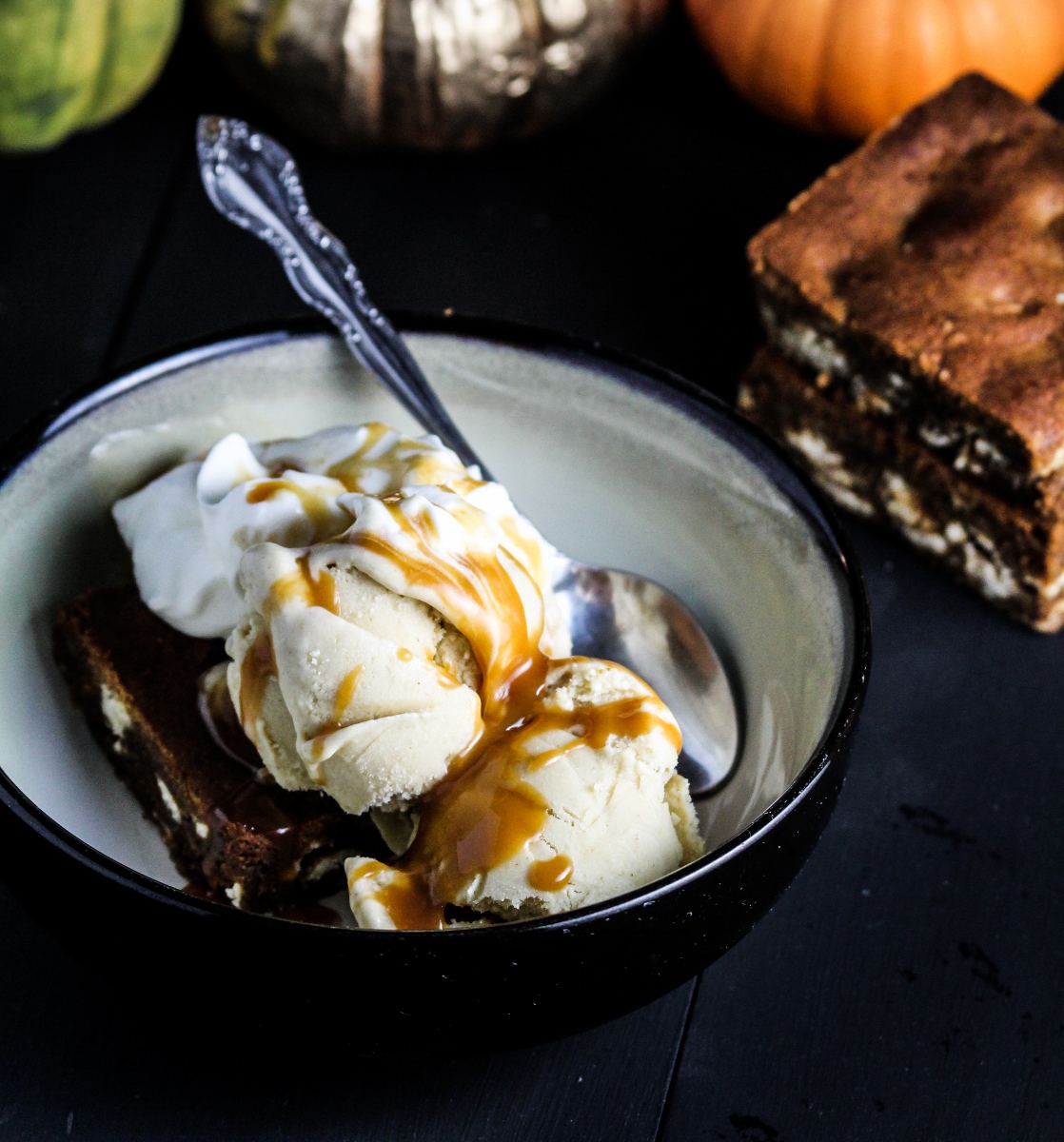 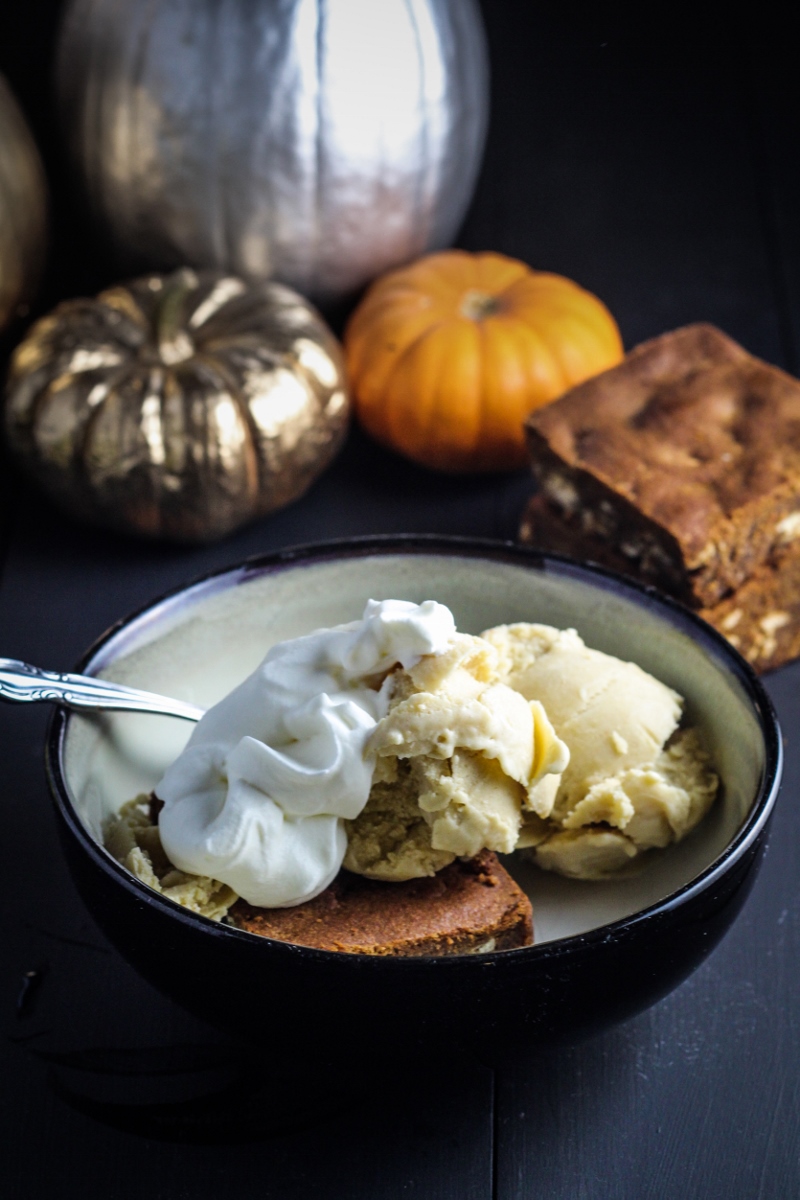 Recipe from Jenny McCoy’s Desserts for Every Season. Makes 1 quart.