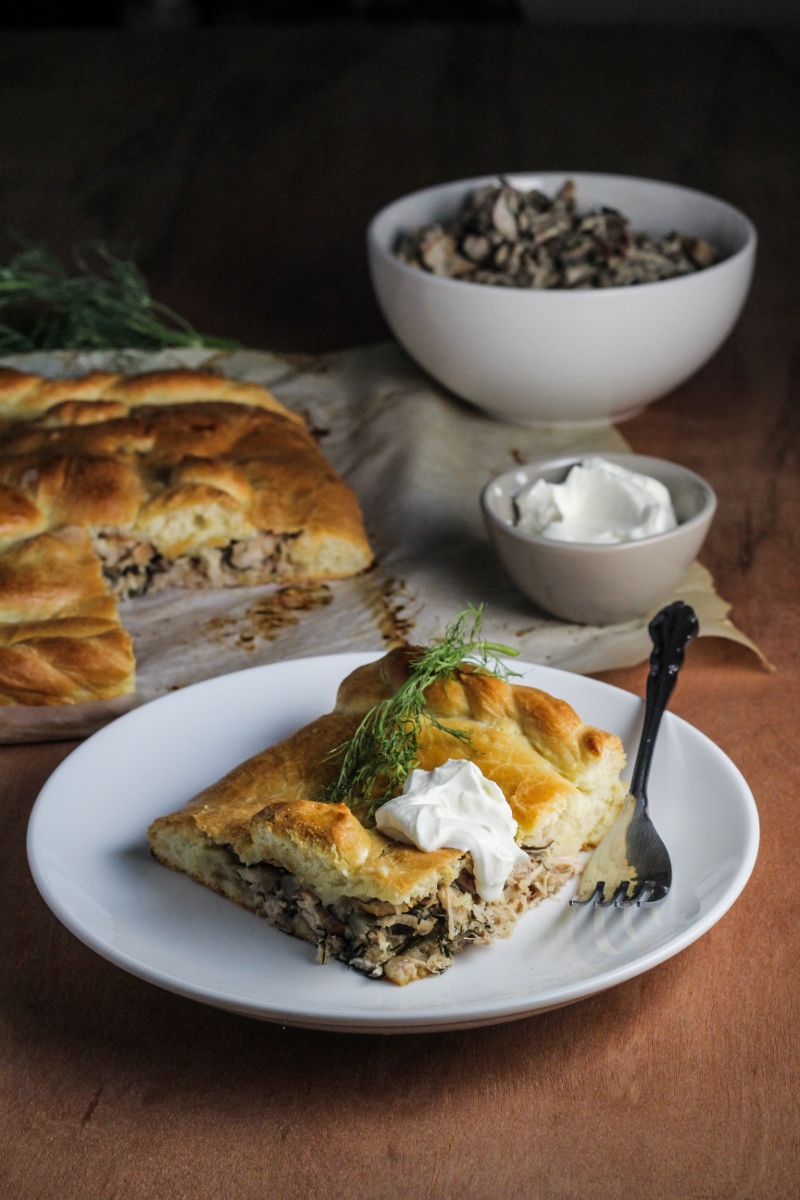 I’m back in Russia for a week and a half, and while this time it will be a little bit darker and a lot colder, I’m still looking forward to exploring St. Petersburg some more, this time with my friend and coworker Veronika. We splurged and bought tickets to see Giselle at the Mariinsky next week, which I’m so excited about, and we’ll also have some time this weekend to wander about, visit the Hermitage, and maybe hit up the spa (because that’s something you should do when it’s 35°F in October). 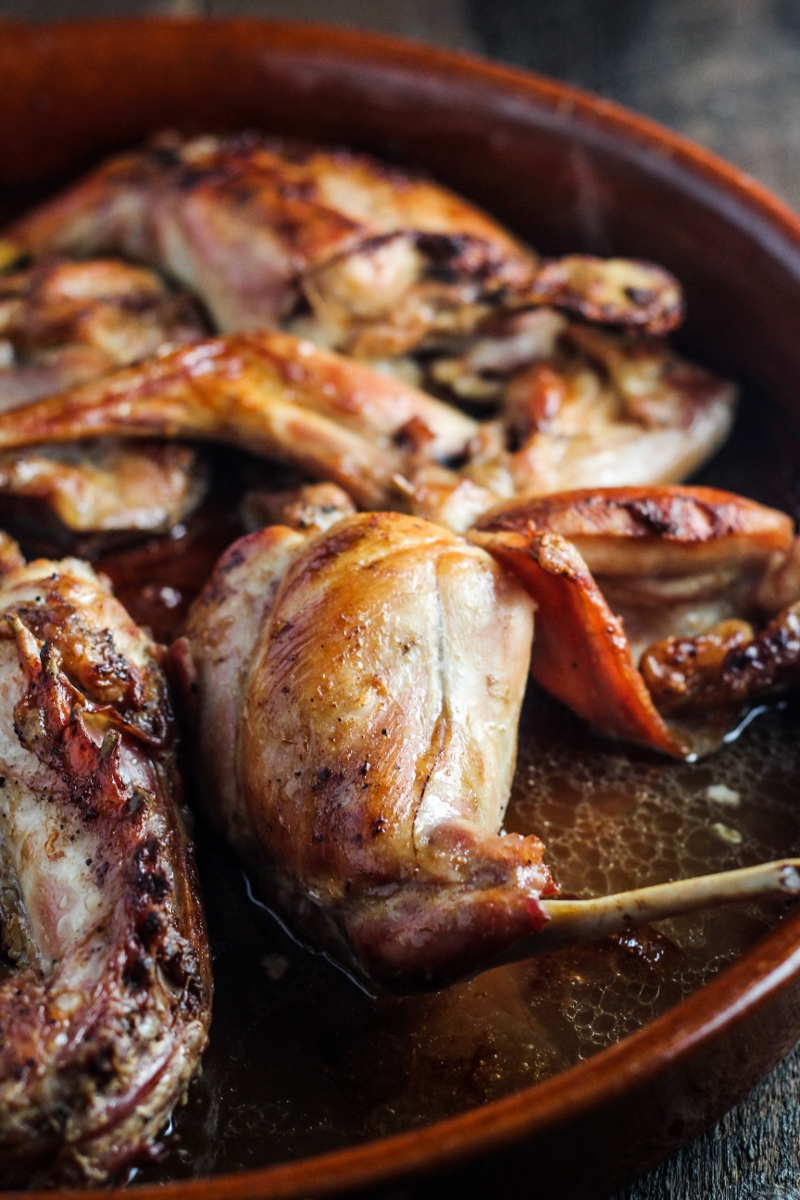 At some point I do plan to share some general travel tips for St. Petersburg – I’ve eaten at dozens of restaurants, stayed in four hotels, and made it to a good number of the biggest attractions, and I feel like I can’t let all that experience go to waste! I still have to get my act together and assemble that info, but I do have a really delicious Russian recipe for you right now. So far, my favorite place to eat in Russia is a popular chain called Shtolle (штолле), that serves sweet and savory pies. Russian pie dough is much more like a dinner roll than an American pie crust – it is a yeasted dough with sour cream and butter worked in, making it rich and airy at the same time. To get the good pies at Shtolle you have to go earlier in the day, as they’re often out of the best ones by dinnertime. I’ve tried the cabbage pie, meat pie, green onion and egg pie, and apricot pie, but my favorite by far is the mushroom and rabbit pie. I talked it up so much to Trevor that I knew we’d have to recreate it – so recreate it we did, and pretty successfully as well. 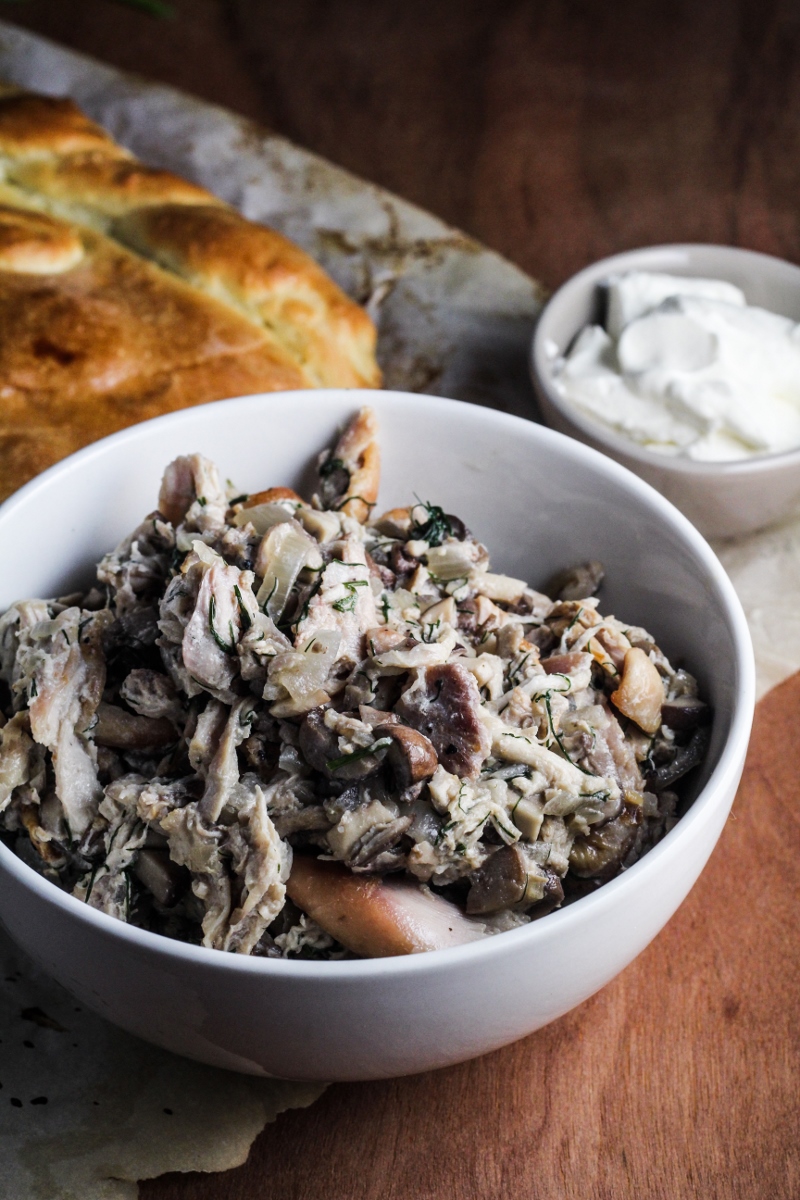 I fully expected to struggle to find a good dough recipe, but I quickly found this recipe and it sounded like just what I was looking for. In fact, the hardest part of this whole process was finding reasonably priced rabbit in Boston. It’s around $13 a pound at Savenor’s, which feels like a lot, and we found one semi-local farm that sells whole rabbits for $6 a pound, but they weren’t going to have any available for the next few weeks. We had almost caved and bought the pricey Savenor’s rabbit, when we found it by chance for $7 a pound at Market Basket in Andover. We stocked up of course, so now we have plenty of rabbit for experimentation. As for the rest of the filling, I made it up based on memory – I knew it should have shredded braised rabbit, finely chopped mushrooms and onion, lots of dill, and a mild, light white sauce, which most likely was made from sour cream. Memory served me well, and the pie came out just like I remembered. I’m happy that I was able to leave Trevor a little taste of Russia while I’m away. 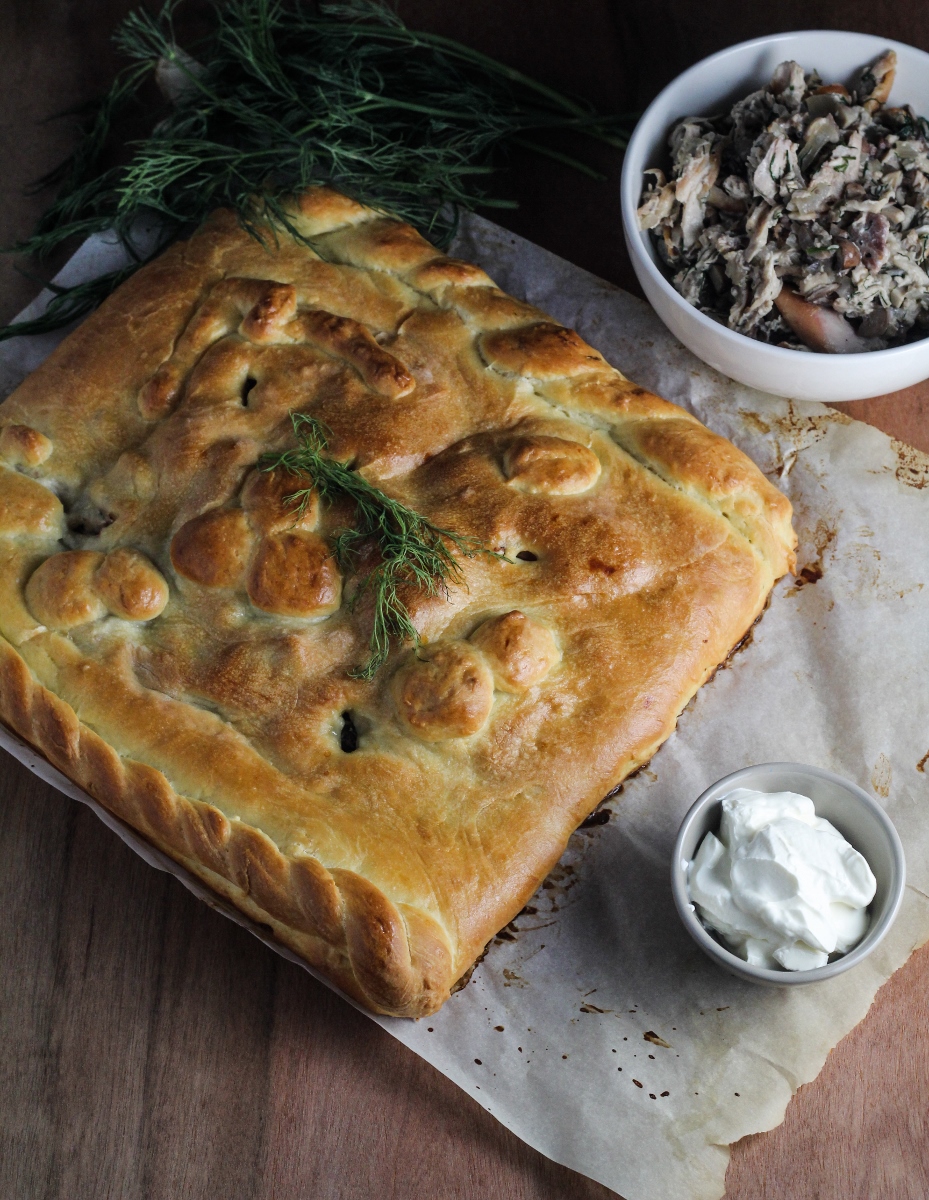 Inspired by Shtolle. Serves 6-8. This recipe makes extra filling, which can be frozen for later use.