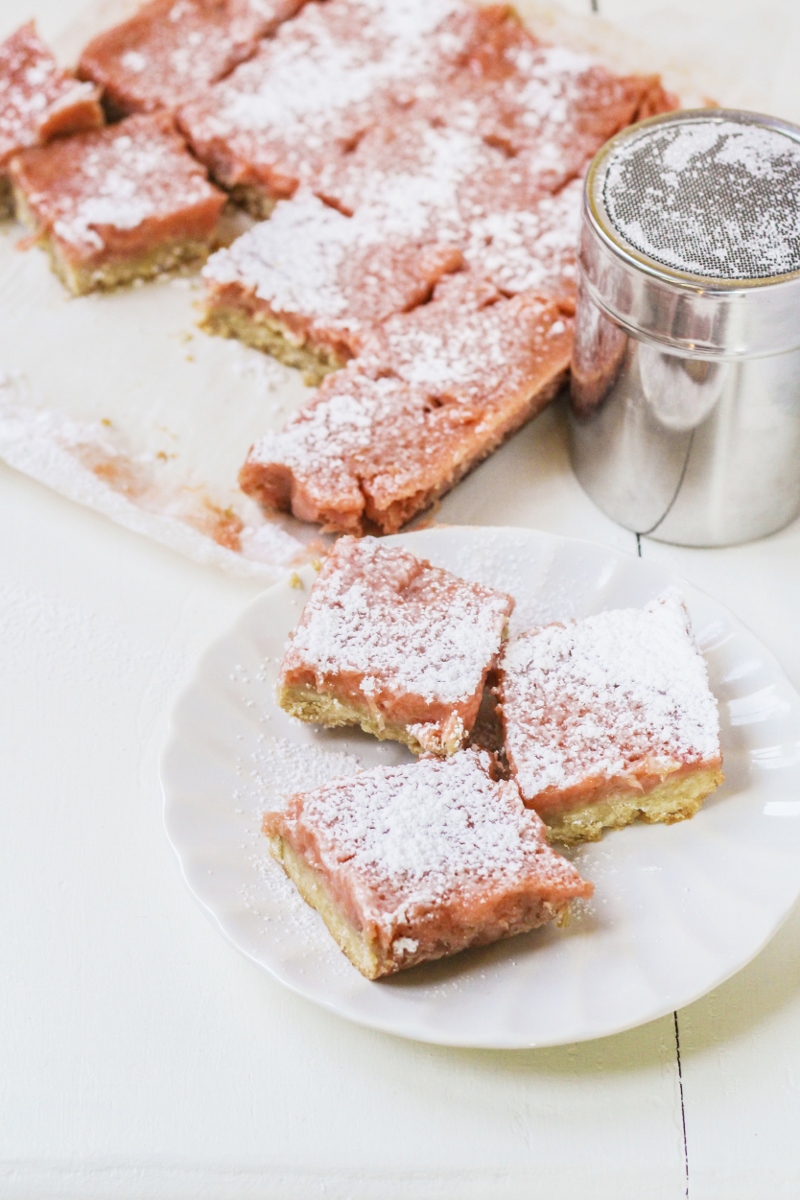 Originally, I was planning on making last night’s recipe the last one I posted for rhubarb week. But once I started looking, I just couldn’t stop finding recipes I wanted to make! Then, in an email exchange with Linda, she mentioned the rhubarb ginger crumb bars she was planning on posting soon, and I immediately remembered these amazing rhubarb ginger bars I made a few summers ago. I had to share them. They have a ginger-flavored shortbread crust that’s buttery and crumbly, and a tangy, pink filling reminiscent of lemon squares (which are one of my favorite desserts). They stay a little soft on top, so they’re not the easiest to transport, but that didn’t stop me from bringing some to work in a tupperware – a squished rhubarb bar still tastes absolutely delicious. 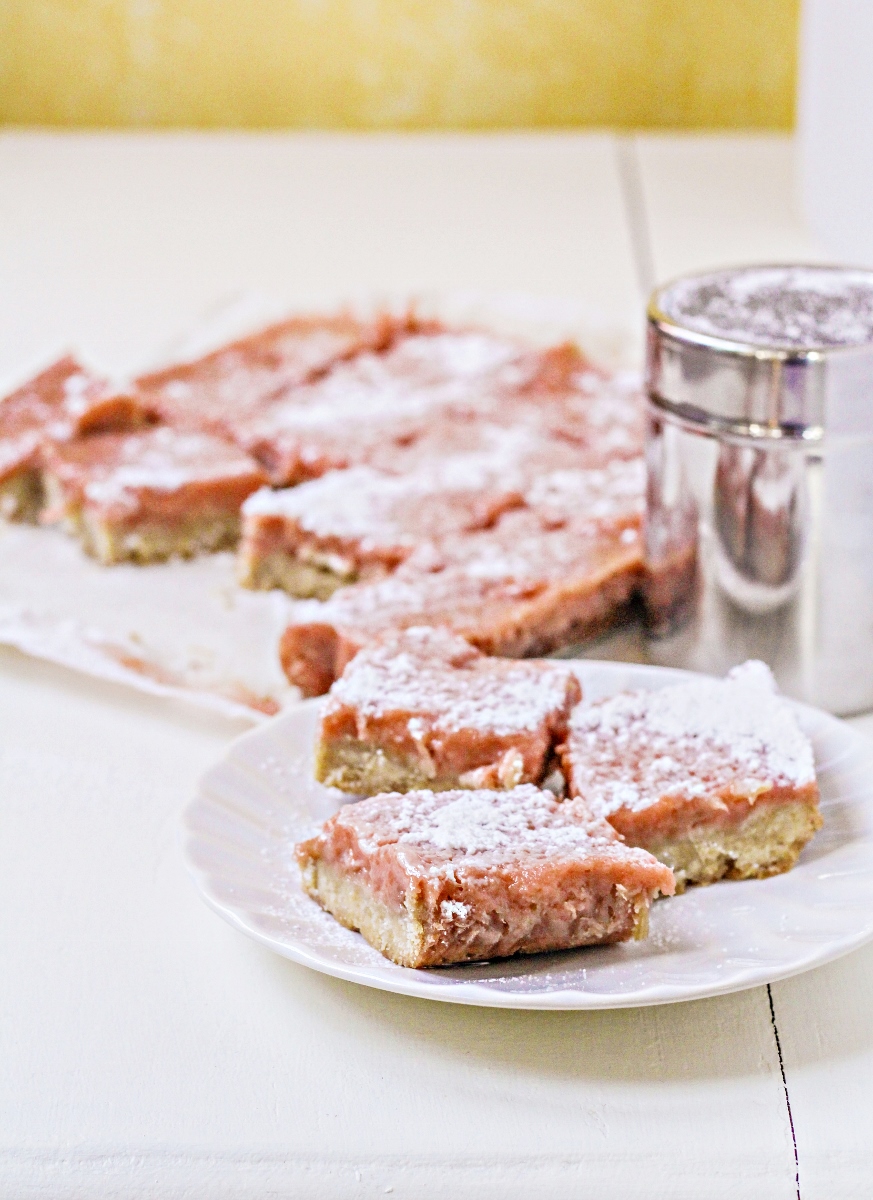 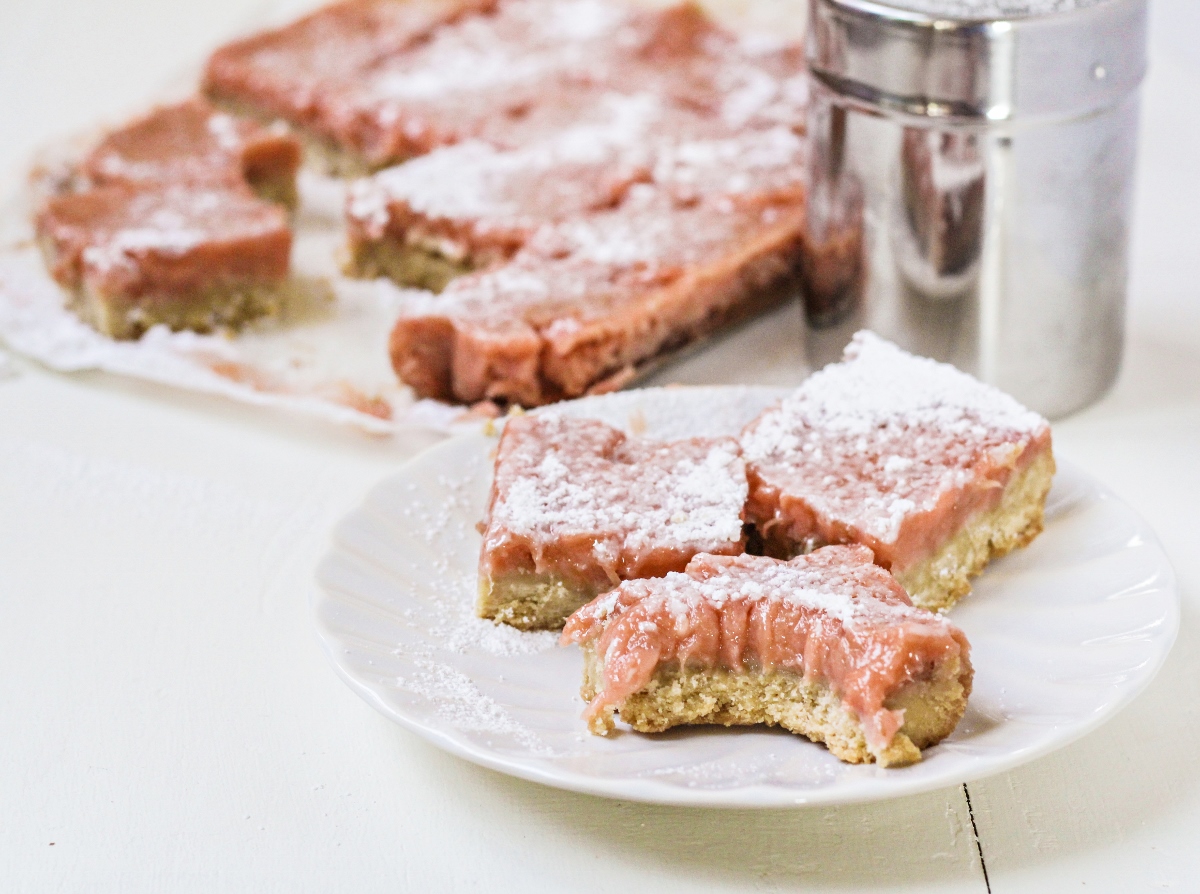 So this is the last (and in my opinion, the best) official recipe of rhubarb week – but if I’m being honest, I’m only stopping because I ran out of rhubarb. I’m hoping to replenish my stocks at the garden this weekend to make a special dessert for Sunday dinner, but I promise I’ll give you guys a little bit of a break and mix things up around here – we’re moving on to Southern food, some more inspiration from our Italy trip, and a few new summer cookbooks. Until then, have a great weekend! 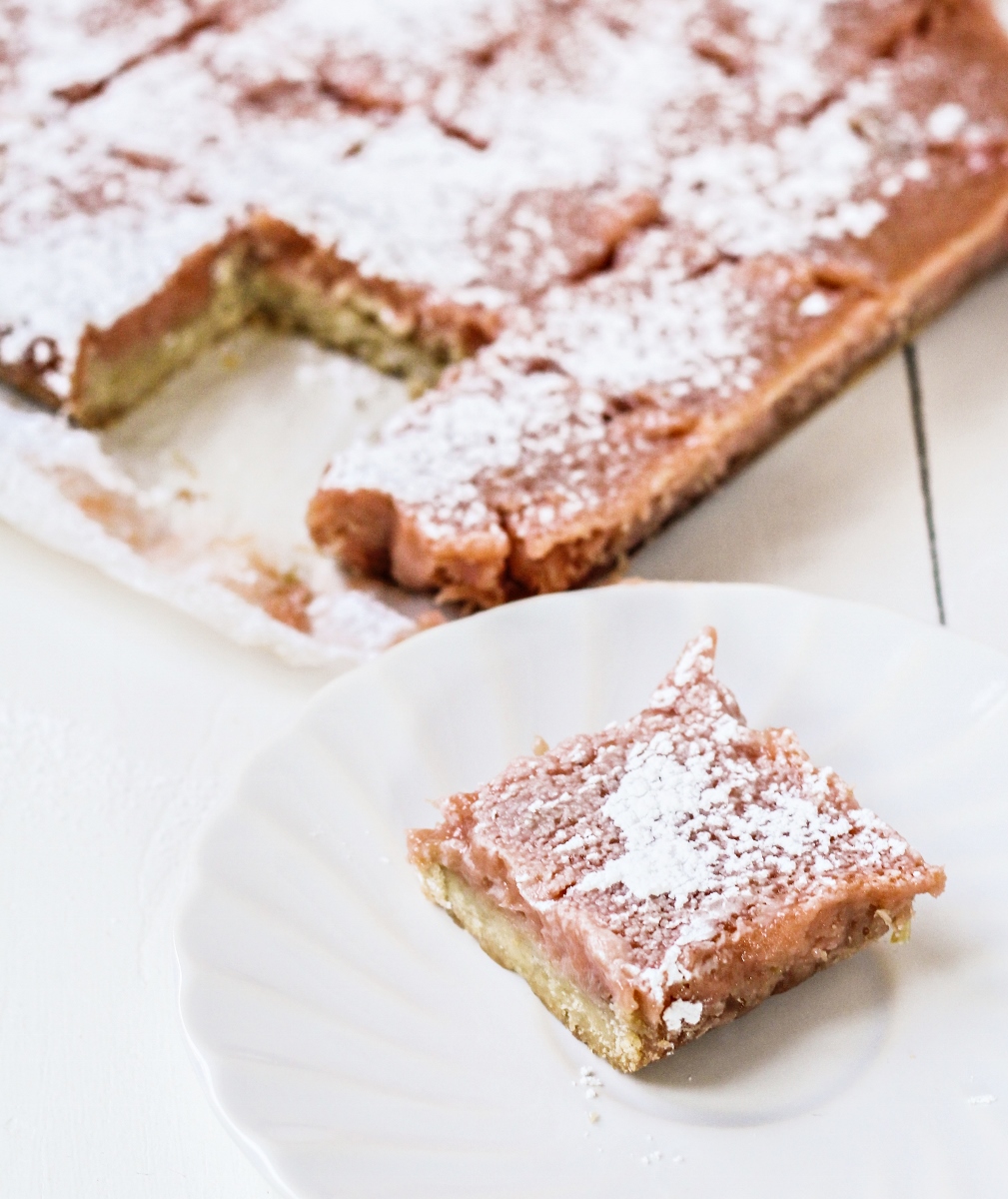