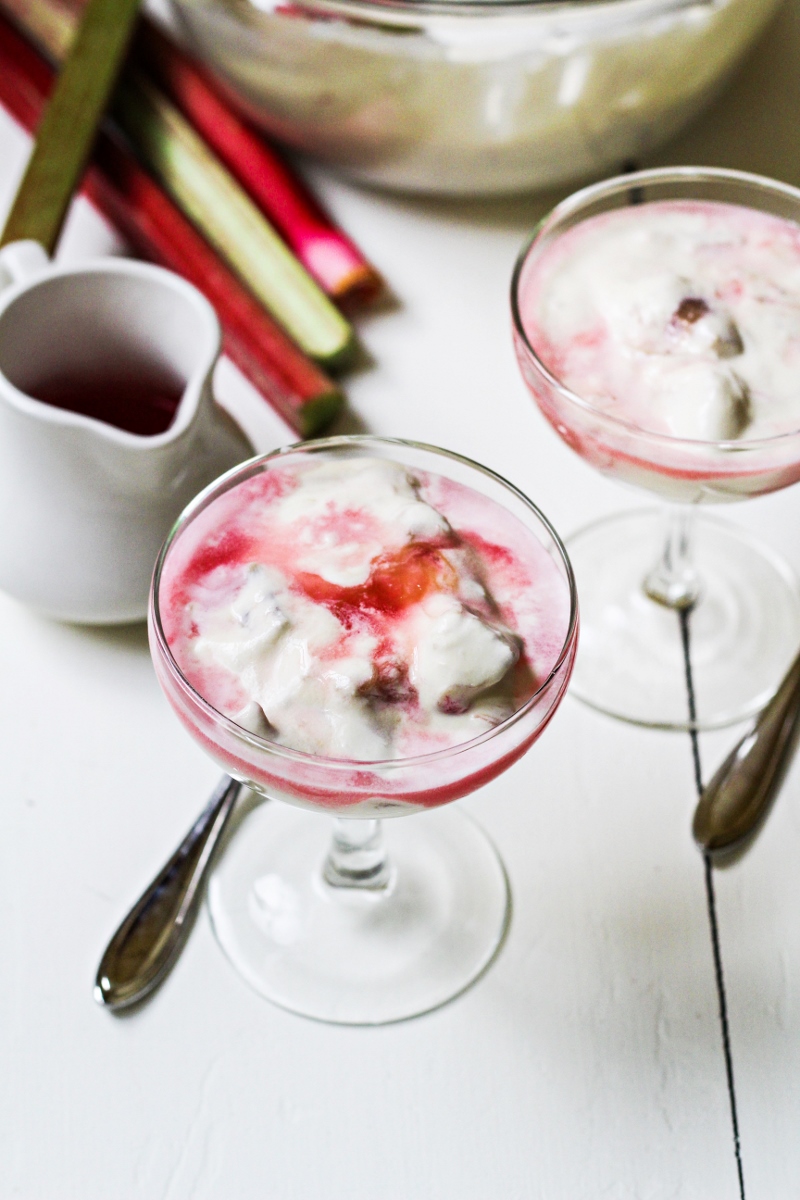 Anytime I have a particular ingredient that I’m looking to use I have a few cookbooks that I immediately pull off the (overloaded) shelf for recipe inspiration. Lucid Food, The Modern Vegetarian, Vegetable Literacy, and of course, Nigel Slater’s Tender and Ripe are on that list, since they’re all books that use fresh produce as the star of their recipes. For a project like this, the Slater books in particular are a gold mine of inspiration – first of all, they’re organized by ingredient, making it pretty easy to flip through ways of using up strawberries or onions. Secondly, they’re gorgeous, with enticing photographs, whimsical writing, and homey recipes that make you want to run to the kitchen.

It shouldn’t come as a surprise, then, that Ripe was the first place I turned when putting together my list of recipes for rhubarb week. Slater has eight rhubarb recipes included in the book, and seems to favor the pairings of rhubarb and cinnamon (like the cocktail I made yesterday! And kept drinking tonight…) and rhubarb and cream. I made his rhubarb and cinnamon polenta cake a little over a year ago, so this time I decided to go for the rhubarb and cream pairing, making this rhubarb custard fool with rhubarb syrup.

A fruit fool is an English dessert made by folding cooked fruit into a light custard or whipped cream. This particular fool recipe uses both custard and whipped cream, and is very light on the sugar, using only 3 TBS for 6 servings. It makes for a very different rhubarb eating experience – rather than the tangy sweet-tart flavor I’ve come to expect from rhubarb desserts, this simple dessert really focuses your palate on the mild taste and thick texture of the cream, and the bright sourness of the softened rhubarb. It’s a very restrained and elegant dessert. That being said, you fully have my permission to double the amount of sugar used in both the custard and the fruit if you have a sweet tooth as bad as mine (or if you’re just not feeling restrained). Since this made a big batch, I froze the leftovers to see how it translates into a semifreddo – I’ll let you know how that comes out, too.

Note: As written, this recipe is not very sweet. If you like sweeter desserts, increase the amount of sugar used in the custard to 2 TBS and use 4 TBS of sugar and 4 TBS of water in the rhubarb.