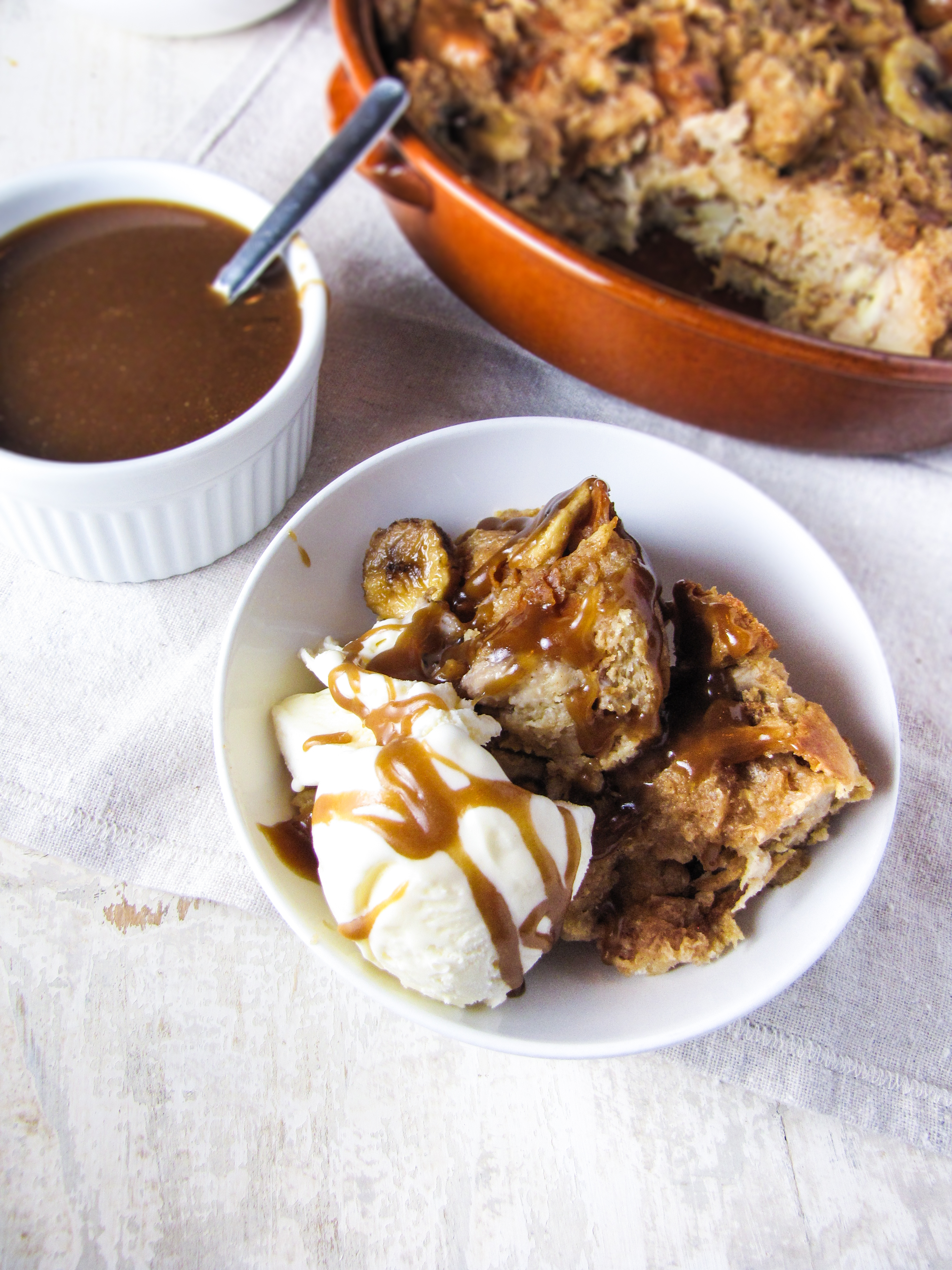 As promised, I’m back with the amazing cajeta-banana bread pudding recipe from Tacos, Tortas, and Tamales. While the duck tacos we made from the book last weekend were a great treat for a special dinner (duck is expensive!), this bread pudding is the kind of thing I want to make on a weekly basis. I won’t, because I value my ability to support my own body weight, but know that I want to. Why? Because caramel, cinnamon, custard, challah bread, and banana, baked up all warm and soft and topped with a scoop of vanilla ice cream and a little extra caramel sauce for good measure is about as close to the perfect comfort dessert as you can get. 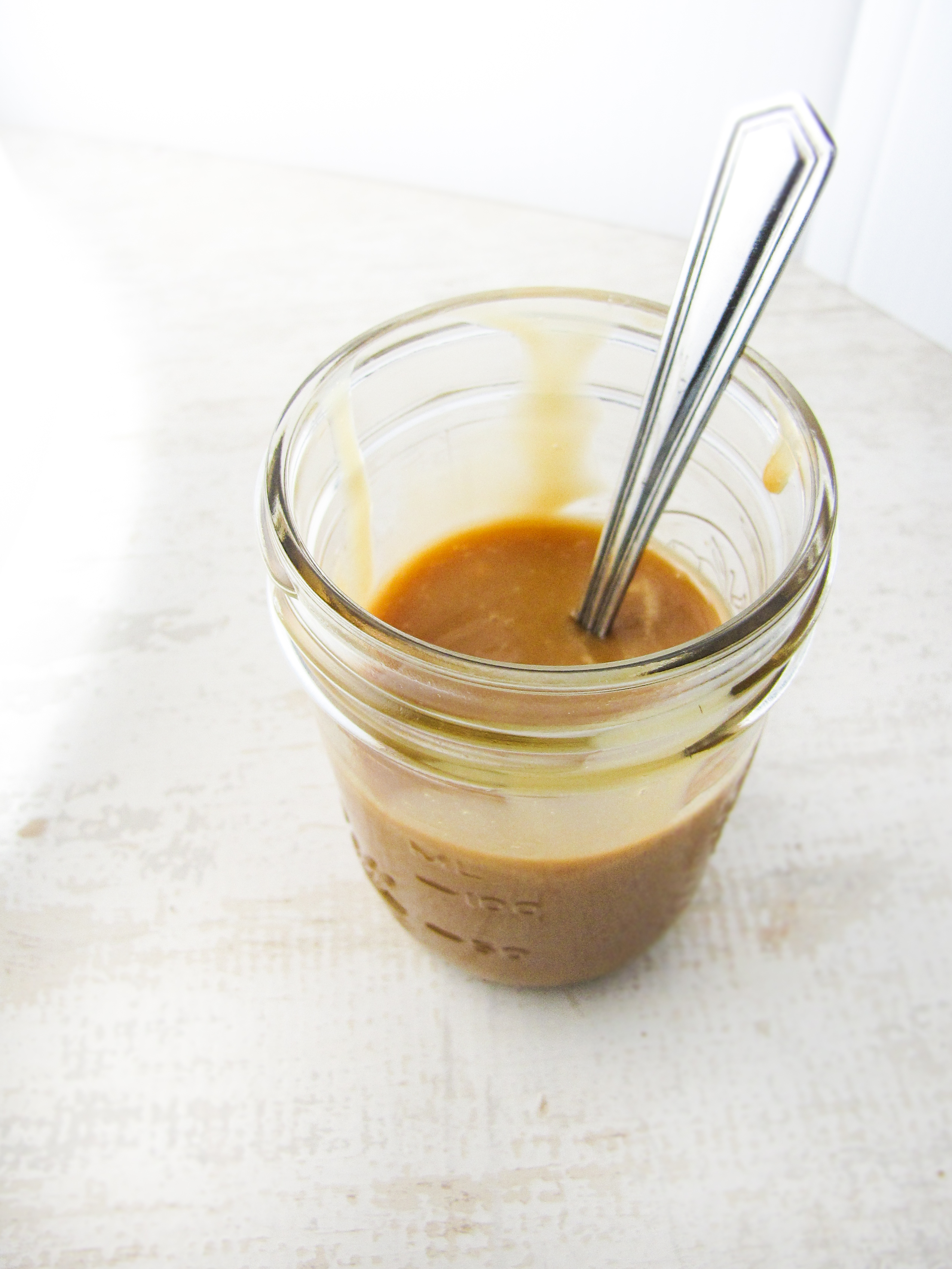 This recipe is also pretty easy for such a crowd-pleaser. If you choose to go the fully homemade route, making the cajeta – Mexican goat’s milk caramel – takes a bit of effort, but once you have it on hand, making the rest of this recipe is a breeze. It’s also a new and different way to use up overripe bananas. Or challah that’s going stale. Or milk that’s going to expire. And even if you don’t have anything stale or overripe or expiring, it’s worth rushing to the store to get all new stuff to make this recipe. I think you probably get the picture, so I’ll stop gushing (side-effect of midnight blogging?) and let you get cooking! 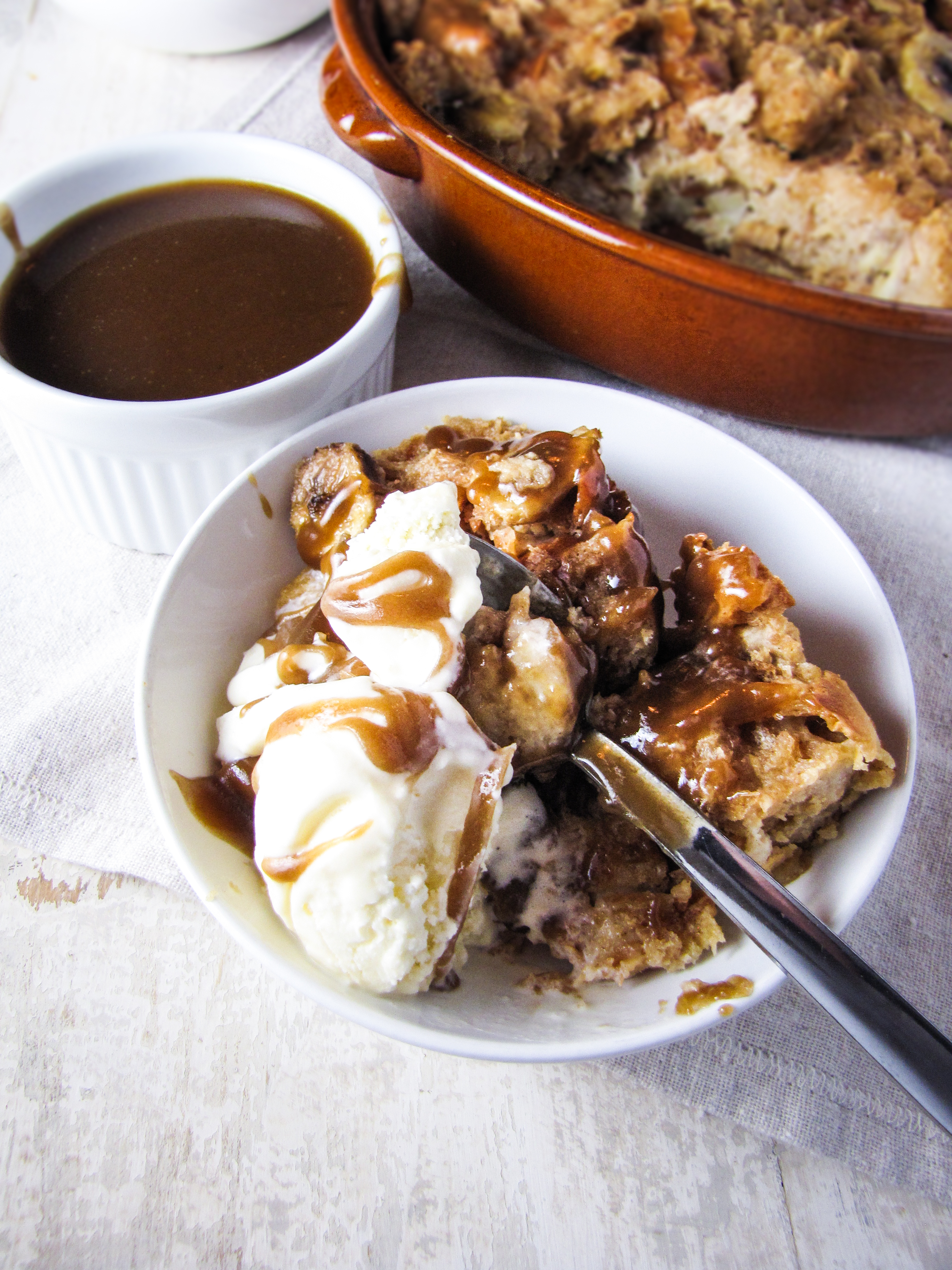 Note: I only made 1/4 batch of the cajeta recipe, which yielded 1 c., but immediately wished I had made a full batch so I had some leftovers. Making the cajeta from scratch takes 45 minutes to an hour.

Recipe from the Food Network. Makes about 1 1/2 cups. 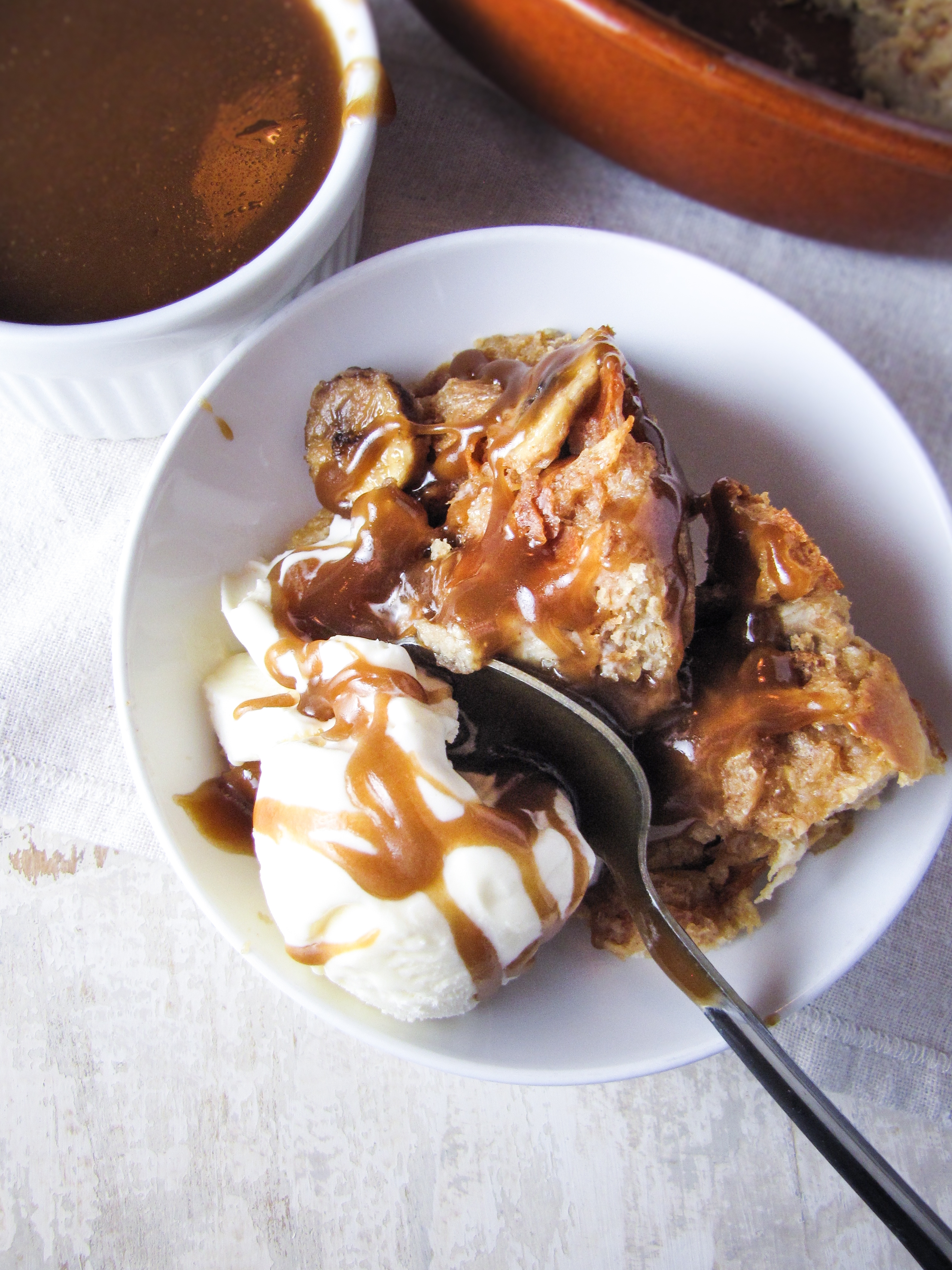