Apparently I have a thing for Latin cuisine. First, I couldn’t stop singing the praises of Antojitos, then, last month, I reviewed (and loved) Gran Cocina Latina and The Latin Road Home, and now, I’m reviewing yet another Latin American cookbook – Tacos, Tortas, and Tamales, by Roberto Santibanez. And what’s not to love about Mexican food? It’s full of sweet veggies like corn and peppers and tomatoes, foods wrapped in bread, spicy tender meats, and no one is ashamed to smother anything with cheese. 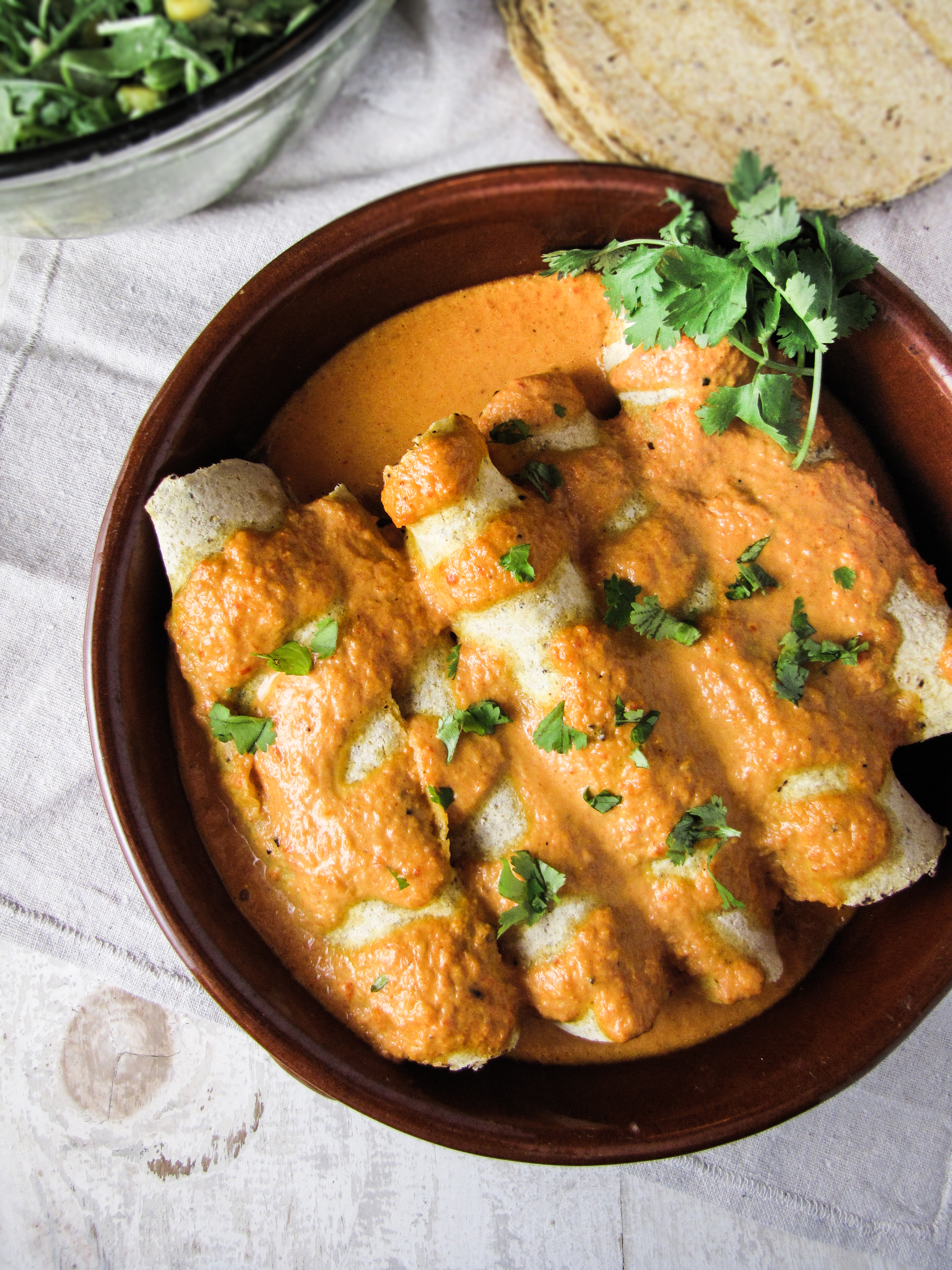 I kind of love this little book: it’s cute, fun, and approachable.  Of the three books mentioned above, it takes the narrowest focus, looking mainly at, well, tacos, tortas (Mexican-style sandwiches), and tamales, as interpreted by the “street-side kitchens of Mexico.” There are also a handful of recipes for salsas, drinks, and desserts, just to round out your meal. This book doesn’t delve too deeply into techniques or histories behind the foods presented, but the colorful photographs and evocative recipe notes still manage to bring the street-food culture to life.

The recipes are enticing and non-intimidating – most of the recipes would qualify as comfort food in my book. The taco chapter is my favorite, with recipes for Potato and Chorizo Tacos, Pork and Pineapple Tacos, the amazing Chipotle Duck Tacos shown here, and even some more exotic choices, like Cactus Tacos and Beef Tongue Tacos. I also can’t wait to try some of the yummy agua frescas and margaritas, and I made the Cajeta-Banana Bread Pudding last night to go with the tacos – it was incredible; keep your eye out for the recipe here later this week. 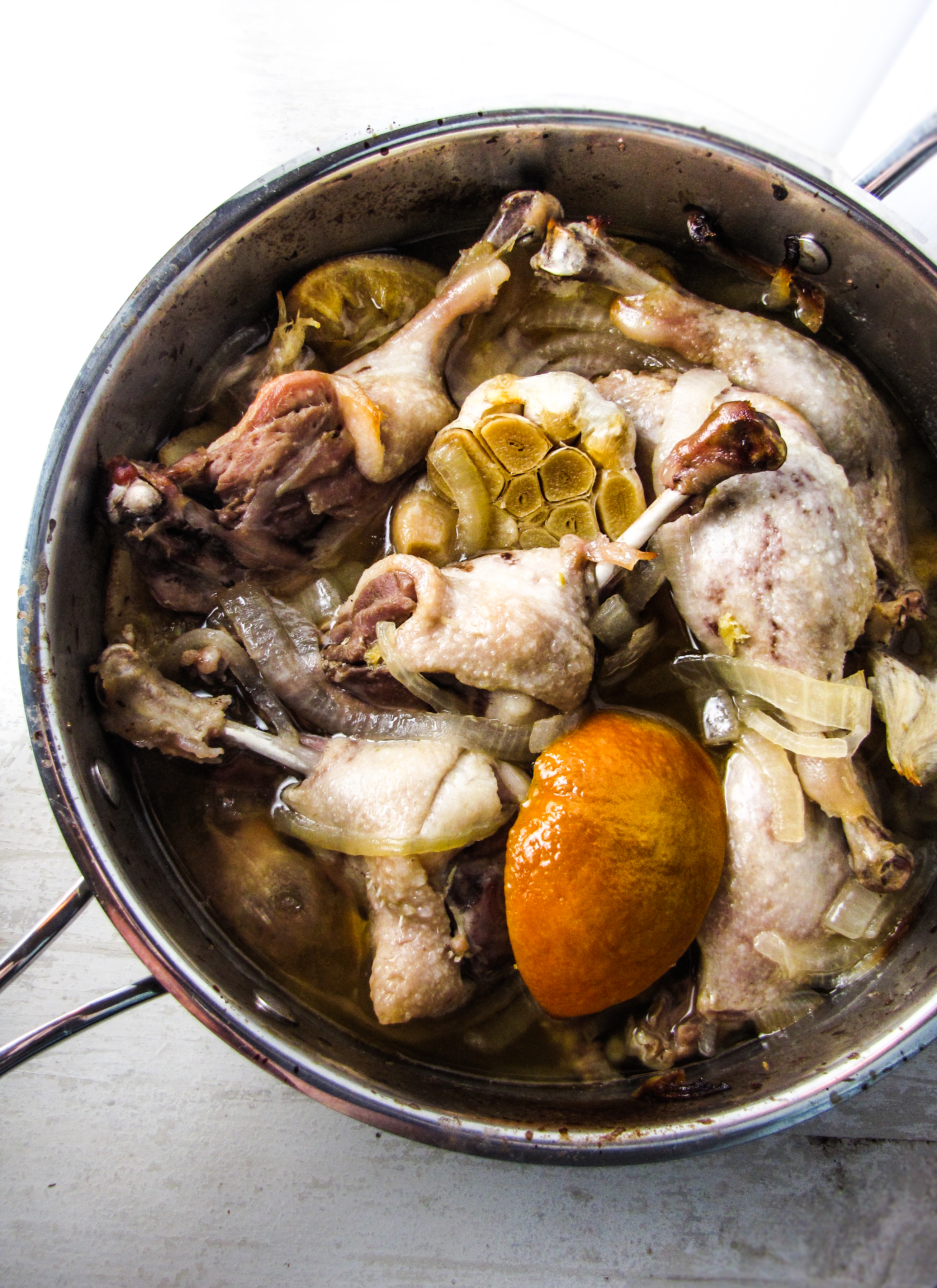 The tacos here are a mash-up of three different recipes in this book: first, you cook duck legs in orange juice and cinnamon until it’s falling off the bone, to make Duck Carnitas. Then, you cook the duck in a tomato-chipotle sauce to make Tomato-Chipotle Duck Stew. Finally, you roll the duck in fresh corn tortillas and smother them with Habanero Cream Sauce, then bake them enchilada-style. Having tasted the recipe at all three stages – carnitas, stew, and habanero-cream sauce covered – I can say with confidence that doing any of the three versions is well worth your time.

The bottom line: Tacos, Tortas, and Tamales is a cute little book focused on comforting Mexican recipes, street-cart style. The recipes are approachable, the photos are bright and colorful, and the stories behind the three styles of street food are engaging. If you’re already well-versed in Mexican cooking, it probably won’t offer much new knowledge or inspiration, but for a relative newbie it offers many new ideas, simple and accessible enough to add to your weeknight dinner rotation.

Disclaimer: I received a complimentary review copy of Tacos, Tortas, and Tamales, but all opinions are my own. 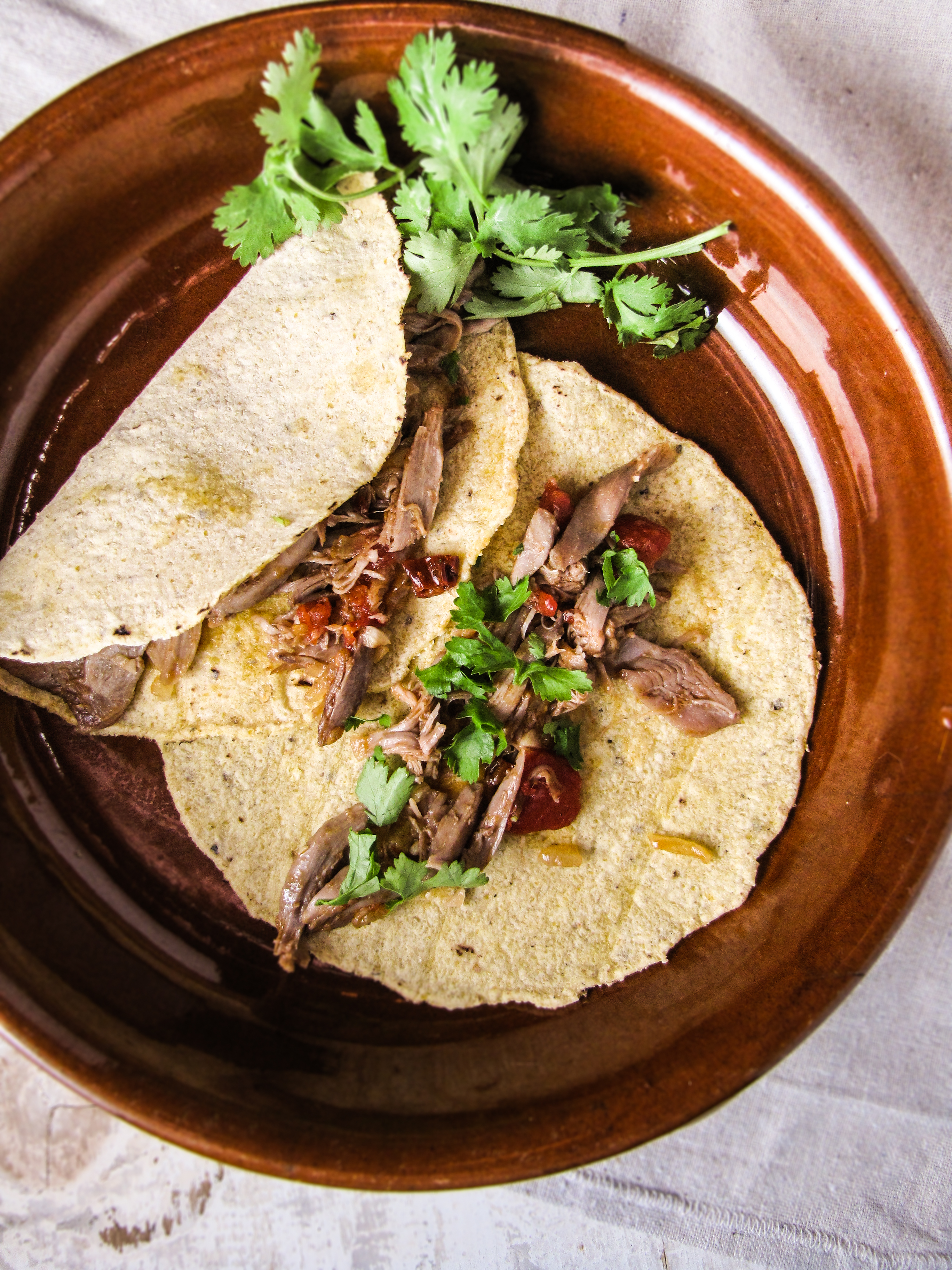 Note: The habanero cream sauce recipe presented here is different from the original in that it doesn’t roast the tomato before adding. Since tomatoes aren’t in season now, I used canned tomatoes and still loved the sauce. If you make this in the summer, replace the canned tomatoes listed in the sauce recipe below with 1 medium, ripe, cored tomato, roasted at 500°F for 25 minutes (until blackened), then chopped and added to the sauce with the peppers.

For the duck filling:

For the habanero cream sauce and tacos: