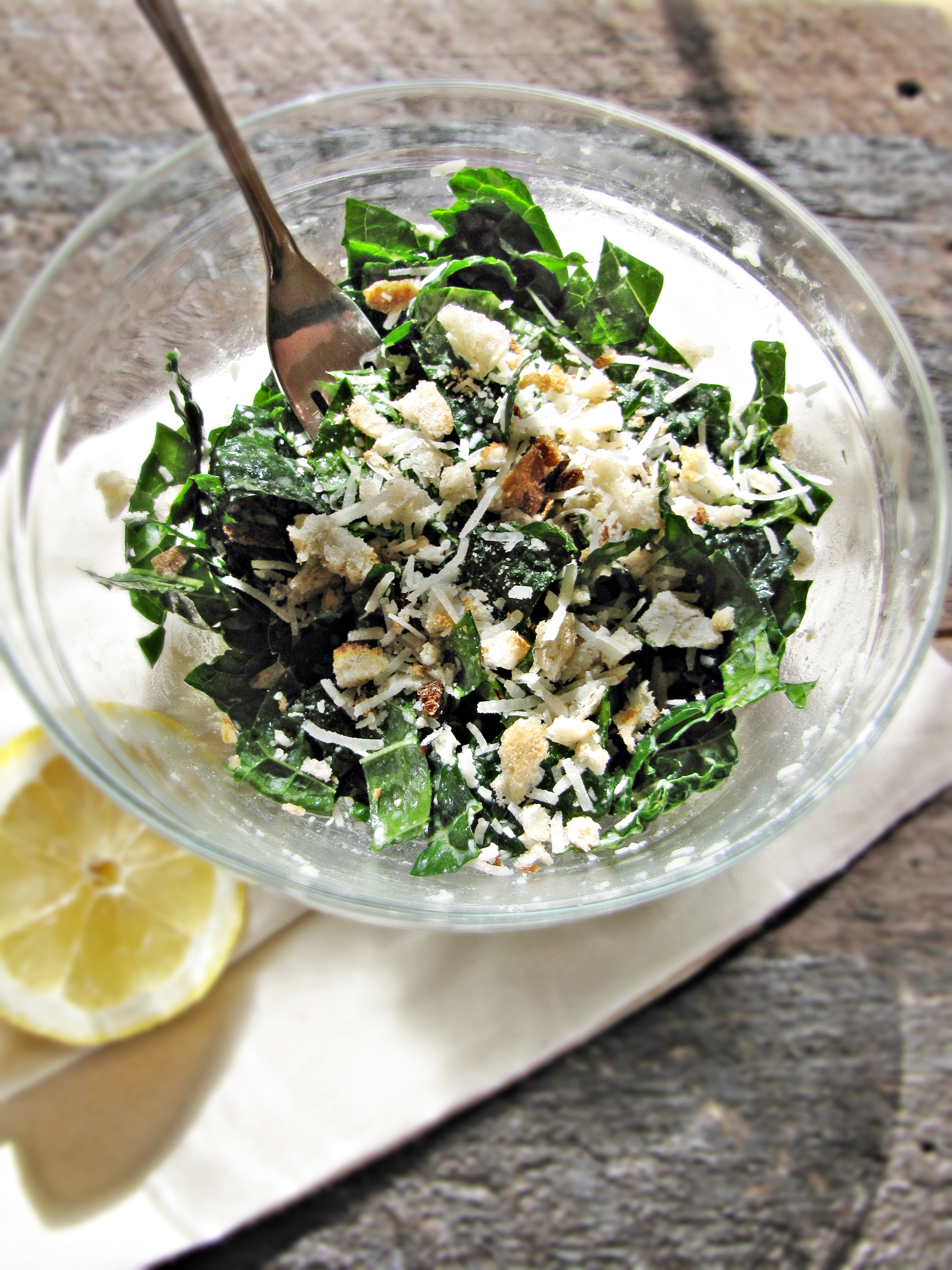 I don’t want to scare anyone off… but it’s getting to be kale season.  I got some in my CSA last week, and it’s one of the few veggies still flourishing in my garden.  For some, this is great news.  I happen to love kale in all its forms, and prefer it to almost any other green – I’d forego spinach for kale any day of the week.  For others, though, this is not such a good sign.  For them, the beginning of kale season signifies the descent into a long winter of root vegetables, cold-hardy greens, citrus, and the occasional guilt-inducing trip to Wholefoods to pick up that so-not-local-but-oh-so-good Chilean peach.  Fear not, we’re not at that dark time quite yet – we’ve still got time for end-of-season corn, butternut squash, chestnuts, figs, plums, apples, and a myriad of pumpkin-flavored baked goods.  But still, kale has arrived, and why not start showing it a little love now? 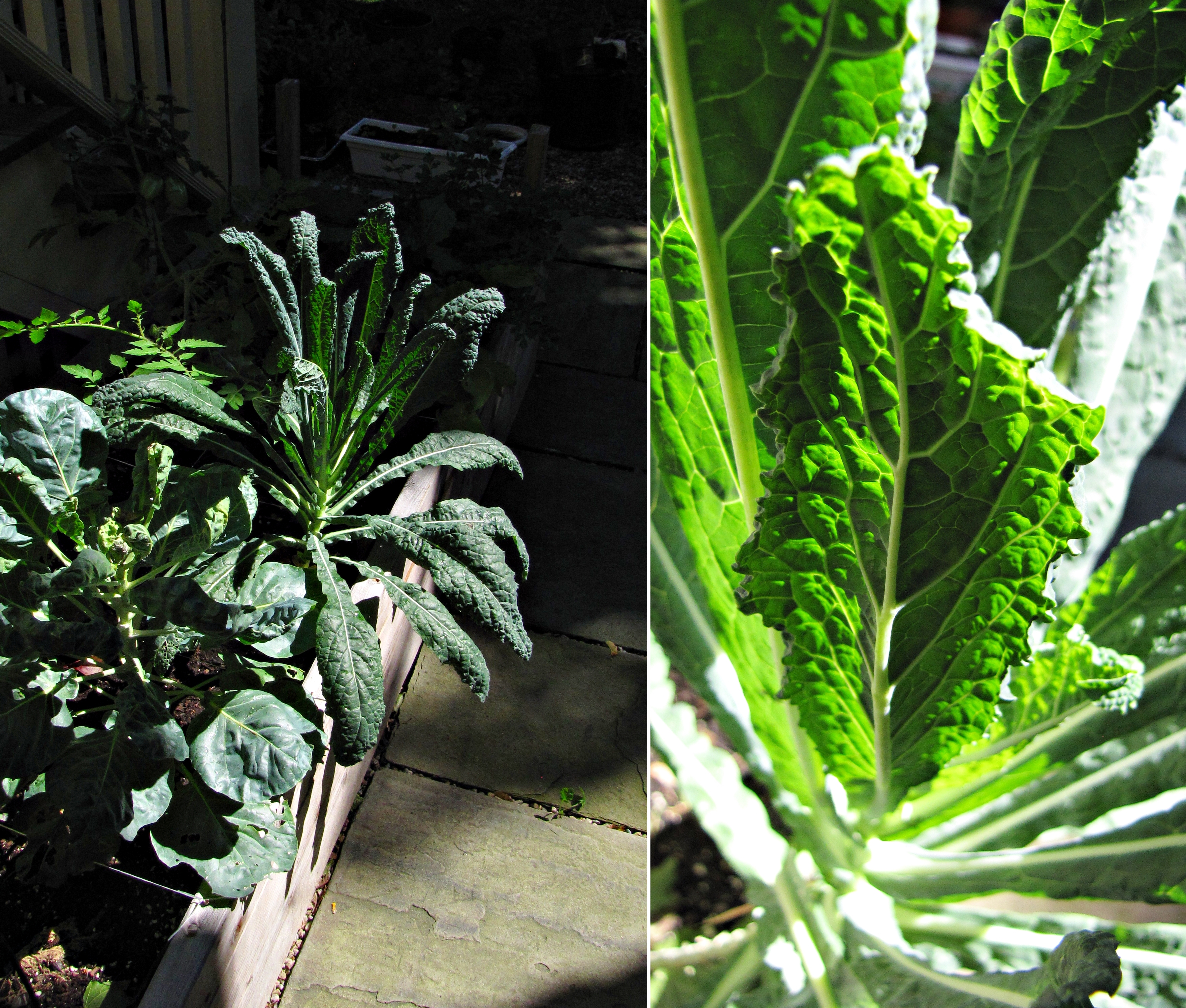 Kale salad was a super-trendy restaurant dish last year.  Andrew Knowlton even wrote about the ubiquity of kale salad for Bon Appetit last month, when sharing this recipe for his favorite version.  If you’re not a natural kale-lover, an entire salad composed of the stuff might be a hard sell, but I urge you to give it a try.  A little cheese, lemon, and olive oil can go a long way in transforming this green into a tender, tasty salad that even Romaine-purists might grow to enjoy.  In fact, after I had finished this bowl I almost harvested the rest of my kale right then and there to make another bowl.  Give it a try – it’s simple, healthy, and zesty.  Head on over to Greatist for the recipe.

Other tasty kale recipes from here…

… and around the blogsophere 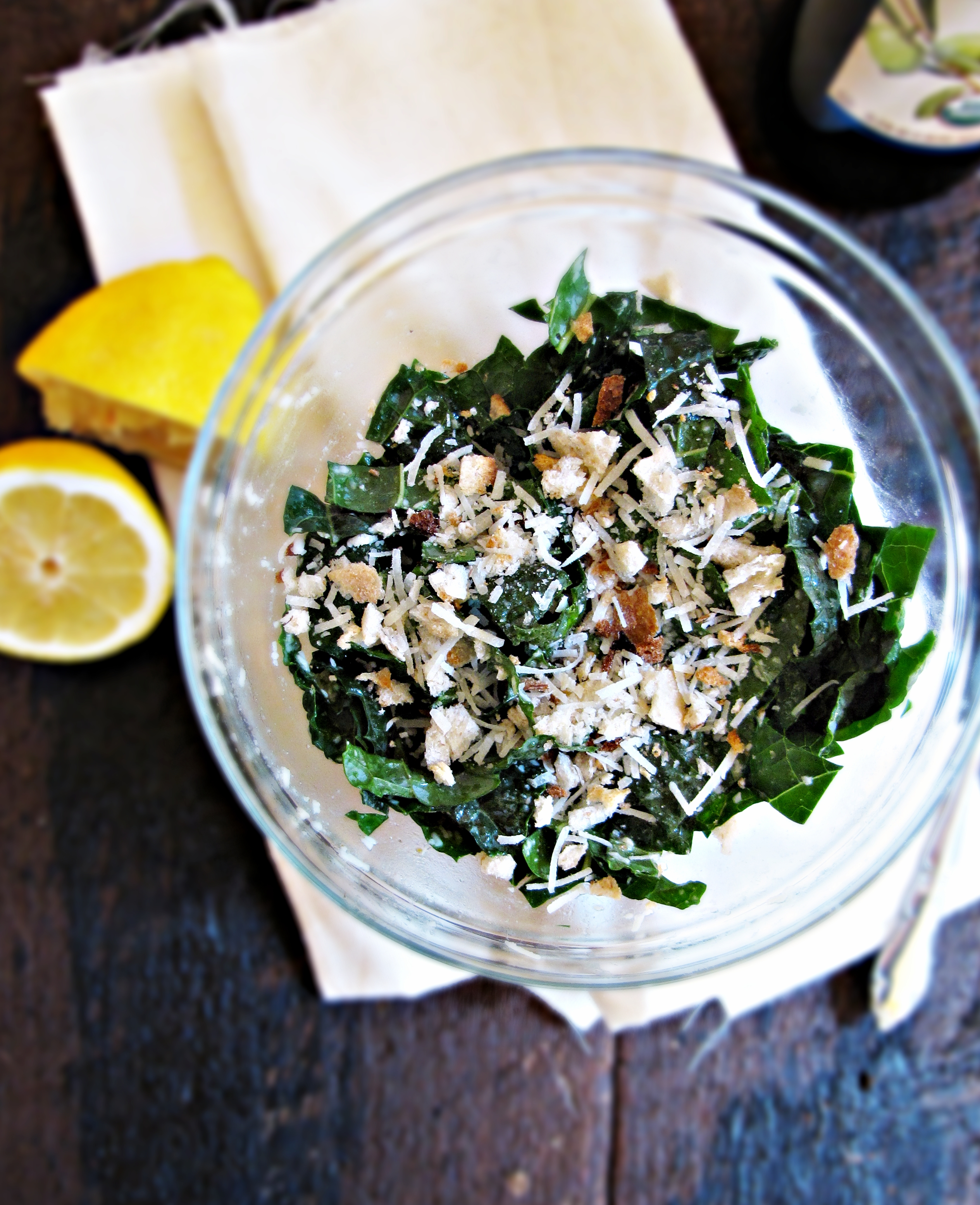