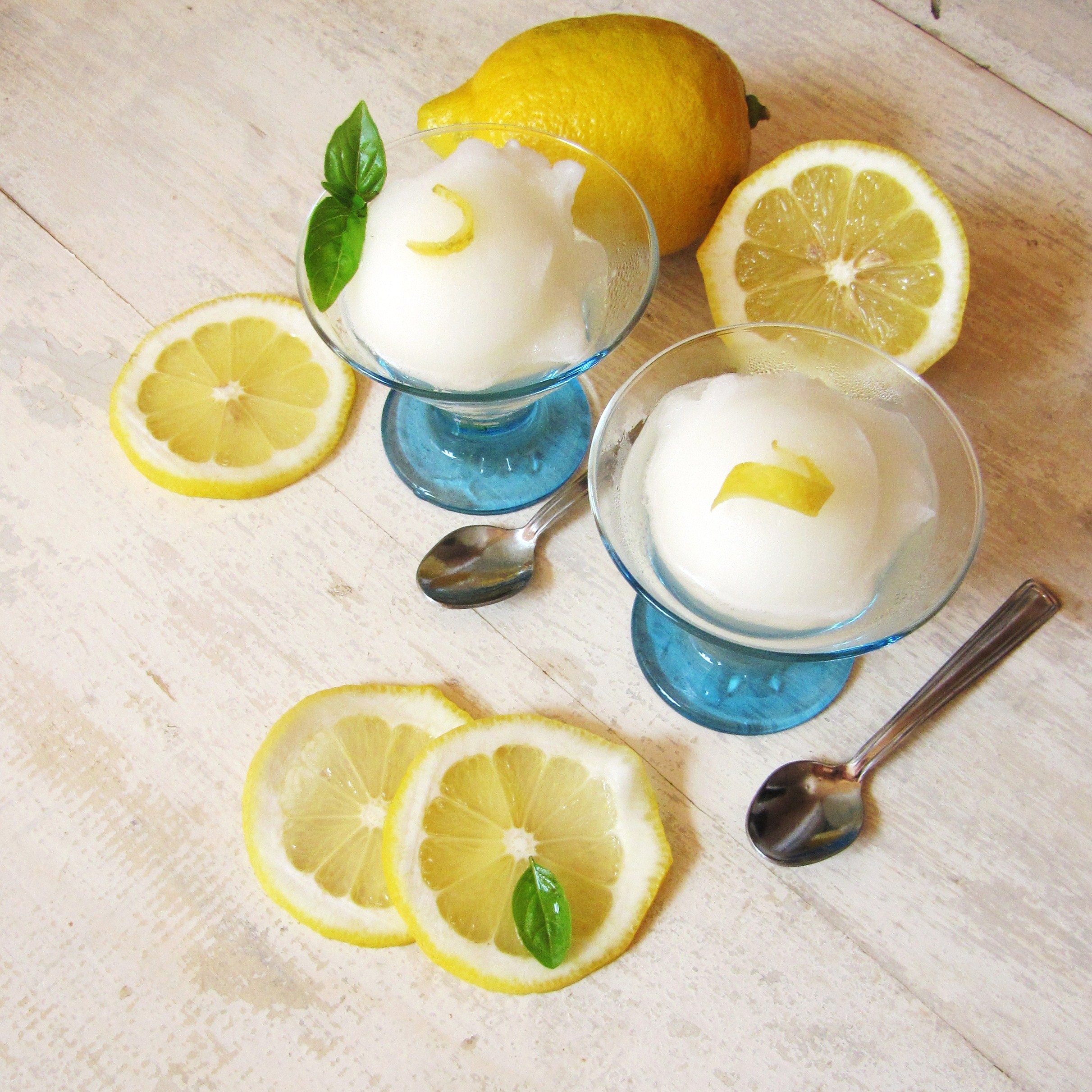 Now that summer is in full swing, it’s ice-cream time.  For my birthday this year, my parents got me the cuisinart ice cream maker – one of those cute bright red ones – that had been at the top of my kitchen wish list.  Soon after my birthday (in April it was already summer in North Carolina), I made the inaugural batch of frozen goodness, a lemon-basil sorbet with such a strong, refreshing flavor that if I ever have a fancy-schmancy restaurant, this will be the palate cleanser I serve on a spoon between courses.  It was awesome, and I was super proud of it.  Then came graduation, and May, and I packed up the ice cream maker along with the rest of my belongings and tucked it away into the U-box I had ordered, which I had been assured I would receive within 5-7 days of putting it in their hands.  (If you don’t like frustrating customer service stories that might also be construed as plain old whining, skip to the recipe now.) 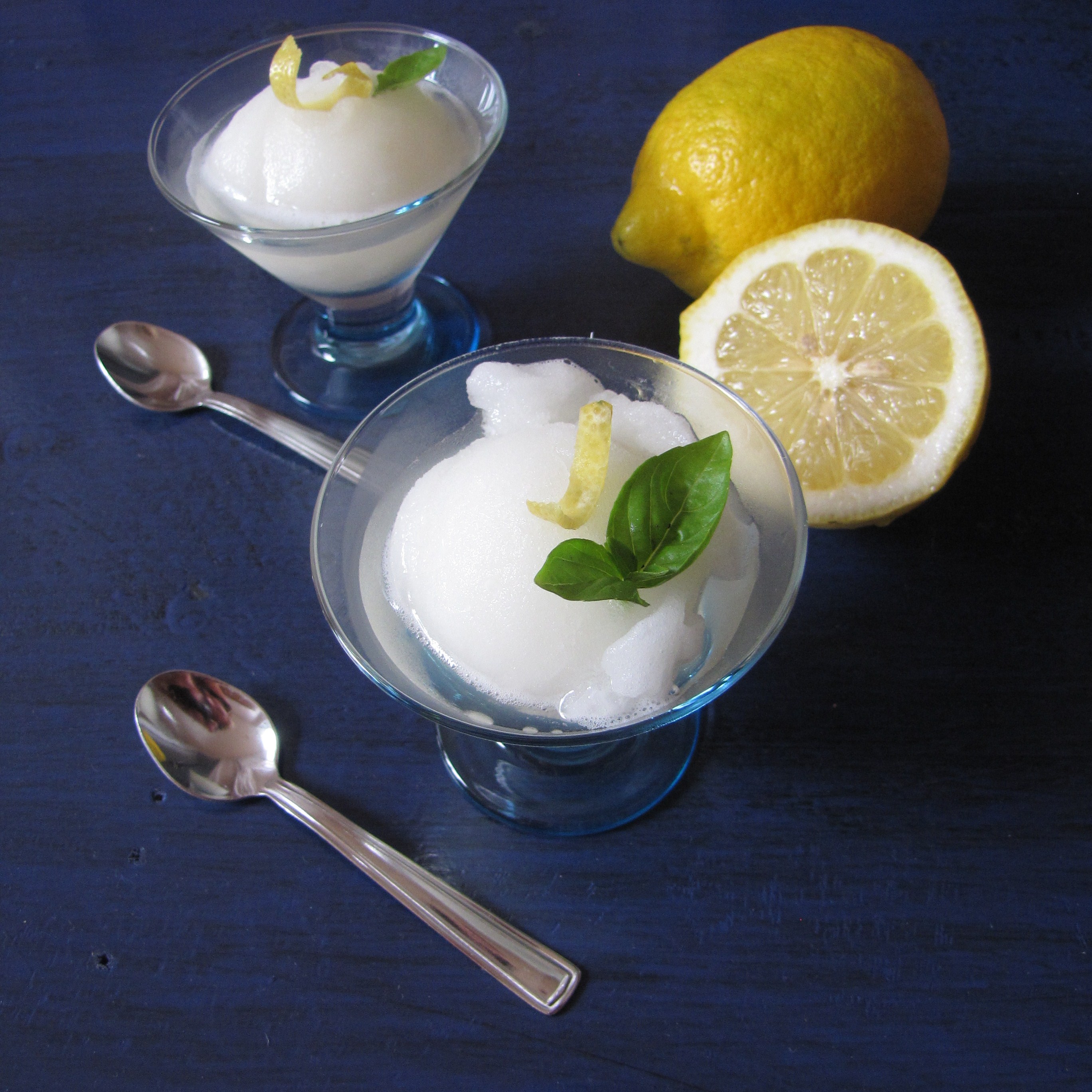 Ha.  Hahaha.  That did not work out exactly as planned.  Or at all as planned.  From the moment I arrived home from Miami and saw that Megan’s box was still sitting in the parking lot 5 days after it was supposed to be picked up, I had a bad feeling about U-box.  Then I called the office and they had lost the online reservation I had made a month in advance.  Now I had a really bad feeling about U-box.  Then they didn’t drop it off until 5 minutes before closing time.  Then, when I called and really needed them to pick it up by 1 in order to make my flight home, I spent half my moving day on hold, and the guy with the trailer didn’t show up until 5 minutes before my cab arrived to take me to the airport.   Not to mention the fact that every time I did manage to speak to a person they said, “now this is getting stored in Chapel Hill, correct?”  “No,” I would answer, “it’s getting shipped to Massachusetts.”  By the time they drove away with all of my personal belongings, U-box was pretty much at the top of my least favorite companies list.  After Time Warner Cable and The Belmont.

About 10 days later, after several more calls to remind them that it was supposed to end up in Massachusetts, I received an email saying my box had arrived.  “I guess I should have given them the benefit of the doubt,” I thought.  Upon arrival at the storage facility, the guy clipped off the lock (I forgot my keys), opened the bolts, swung open the door and… voila!  It was not my stuff.  My name was written on the box in sharpie.  The serial code matched the one on my order.  But the belongings were not mine.  Luckily, I had snapped a picture of the serial code on my actual box just before it pulled away.  So, in an ideal world, they should be able to track it down pretty quickly.  Sigh.  Not so much.  To make a long story just a little bit less long, it took them 5 days to find the box in Texas, another 10 days to actually ship the box from Texas (so much for expedited), and 3 days in transit.  All told, it took over a month from the day the box left to receive my stuff (I really started missing my shoes, man), probably over 8 hours on the phone with 6 different offices, and a whole lot of headache before the issue was resolved.  You, too, can have this experience for only $800!  Ugh. 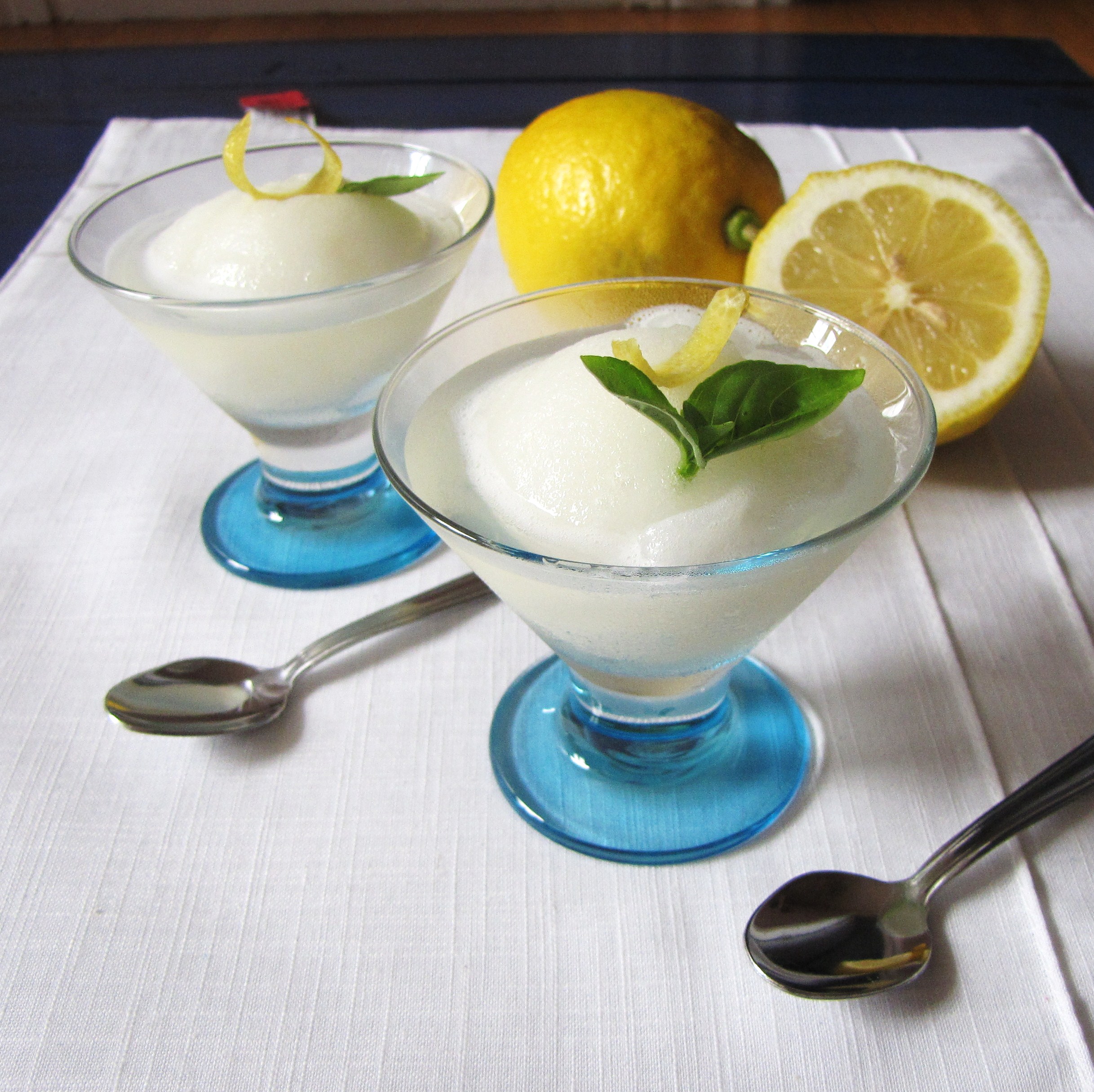 In the meantime, I’ve been craving this sorbet.  Every time I walk by the basil and get a whiff of it I think, mmm, sorbet.  Too bad I can’t make any.  But, the past is the past, all’s well that ends well, forgive and forget, etc: I have my ice cream maker, and ice cream has been made!  Like I said, made at full intensity, this sorbet is too strong flavored to eat a full bowl of it – it makes a better amuse bouche or palate cleanser.  Watered down a bit though, it’s infinitely refreshing.  The basil really comes through and adds a little bit of herbal intrigue to every bite.  So here’s to summer, fresh herbs, ice cream makers, and having my shoes back. 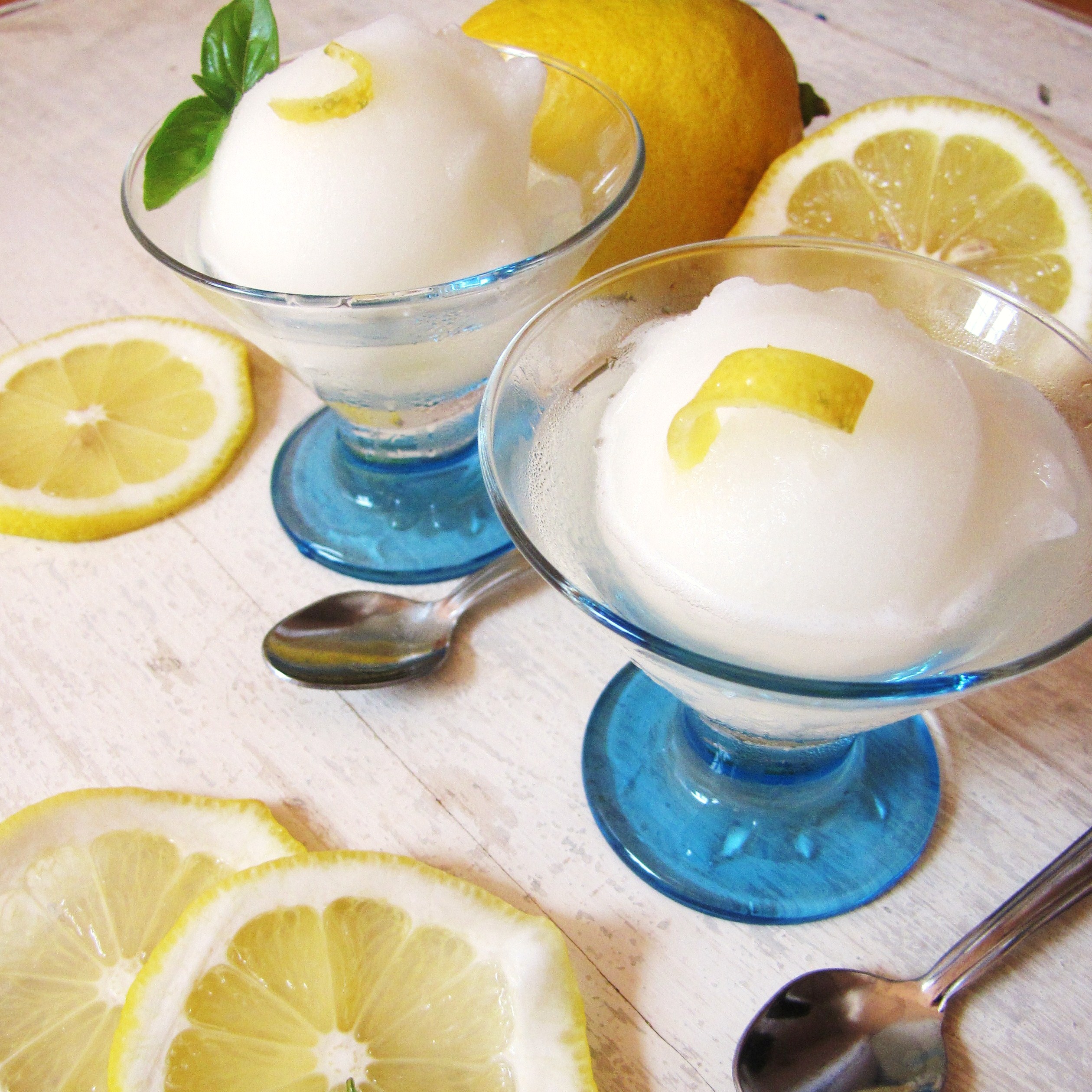