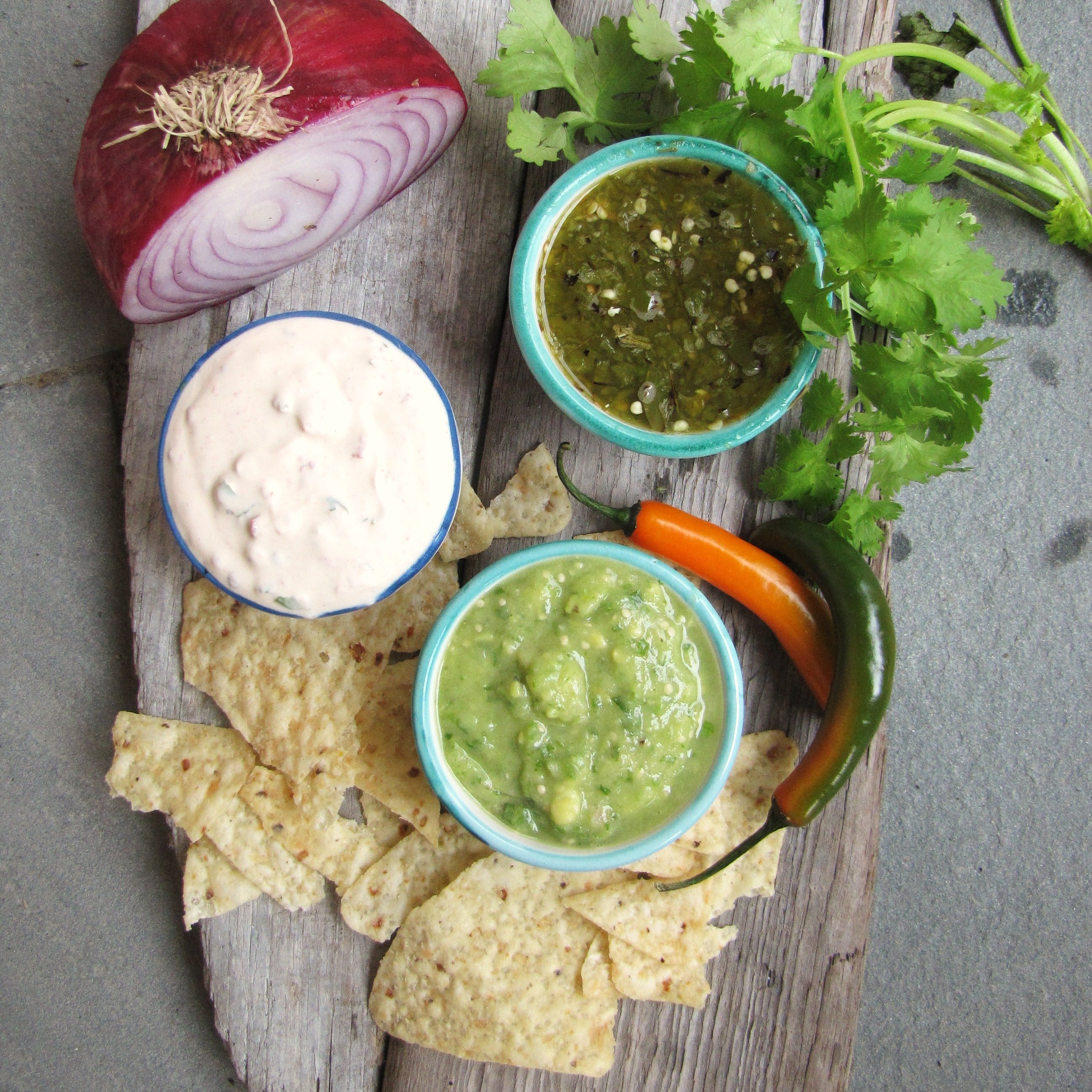 On the Fourth of July, I celebrated Cinco de Mayo.  So I’m a bit behind – that just means I’ll get to go to the fireworks on the Third of September, right?  My excuse: for the past month I’ve been mulling over the recipes in Antojitos: Festive and Flavorful Mexican Appetizers

, a cookbook I received last year in a giveaway, but hadn’t given any serious perusal time.  Once I started looking, I couldn’t stop bookmarking recipes.  Soon I had a plan for a whole dinner party – I just needed someone to eat it.  That’s where the Fourth of July came in: everyone around and in the mood to celebrate, a whole day to cook in Maine (not that I’m particularly pressed for time on all the other days of the summer…), and permission to open up the tequila. 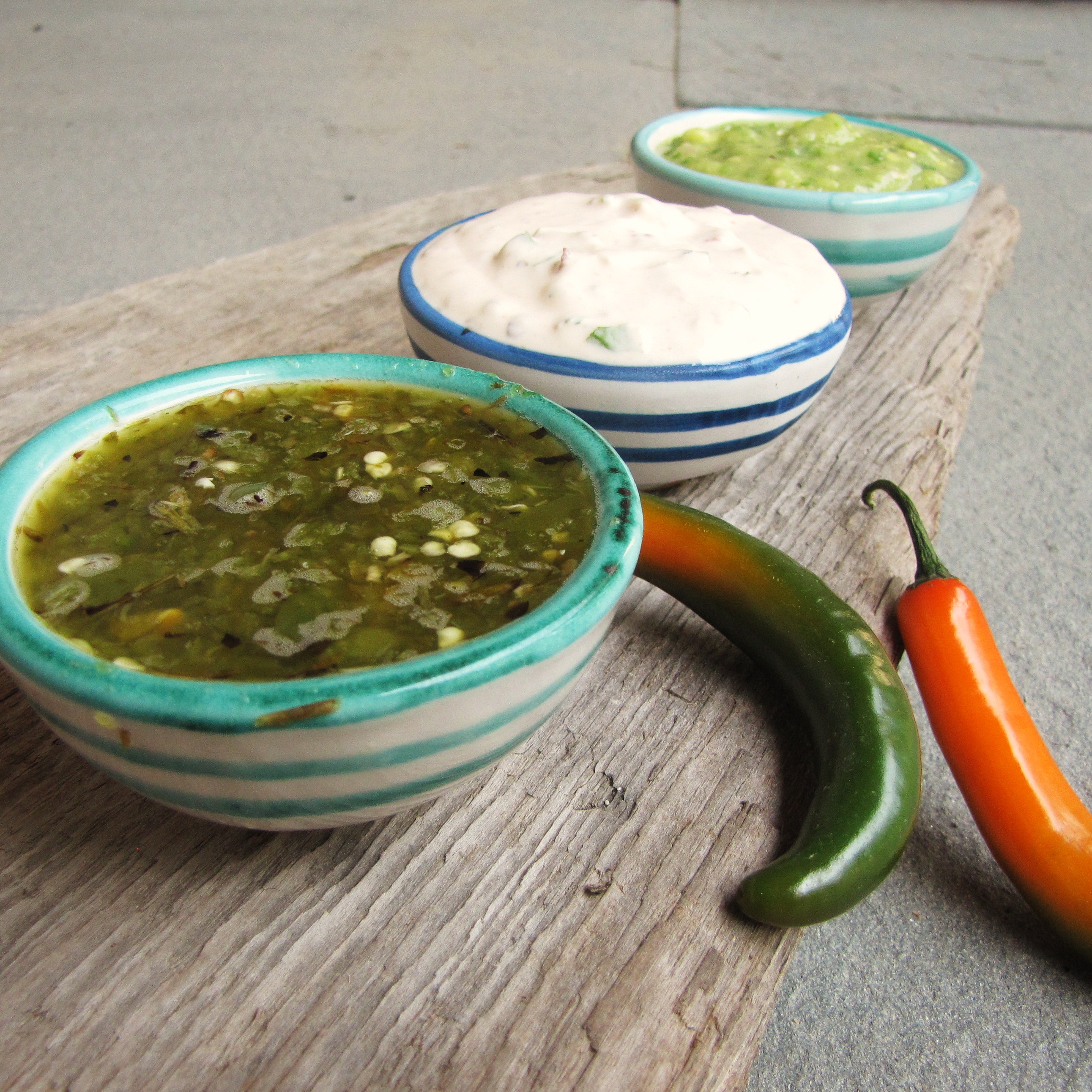 So while the rest of the country had hamburgers, potato salad, and red white and blue angel food cake, we had a fiesta.  The menu consisted of hibiscus margaritas; jicama, melon, and pineapple salad; grilled corn on the cob dipped in lime juice and chile-laced parmesan cheese; corn masa chalupas filled with guajillo spiced chorizo; and three dips to top everything off – charred serrano salsa, tomatillo guacasalsa, and chipotle crema.  Everything.  Was.  Delicious.  Seriously, this cookbook has recipes for some of the most flavorful and original food I’ve ever eaten.  My favorite was the corn – juicy sweet with a burst of hot from the chipotle and tangy saltiness from the lime and cheese, I couldn’t stop eating it.  The cooling jicama fruit salad was a close second, and both of these recipes may appear on this site sometime soon, but for now, the only thing I had time to take pictures of before everything was gobbled up were the salsas, which really tied all the food together.  The charred serrano salsa was both vinegary and hot with a beautiful color, the tomatillo and avocado guacasalsa was tangy and creamy with just a hint of heat, and the chipotle crema was just straight up delicious.  Since, in my opinion, the chipotle crema was the easiest, the tastiest, and the most versatile, I’ve chosen to include that recipe.  If you like it, or are intrigued by any of the other recipes mentioned here, I’d definitely recommend checking out Antojitos – it’s one of the best cookbooks I’ve used in a long time. 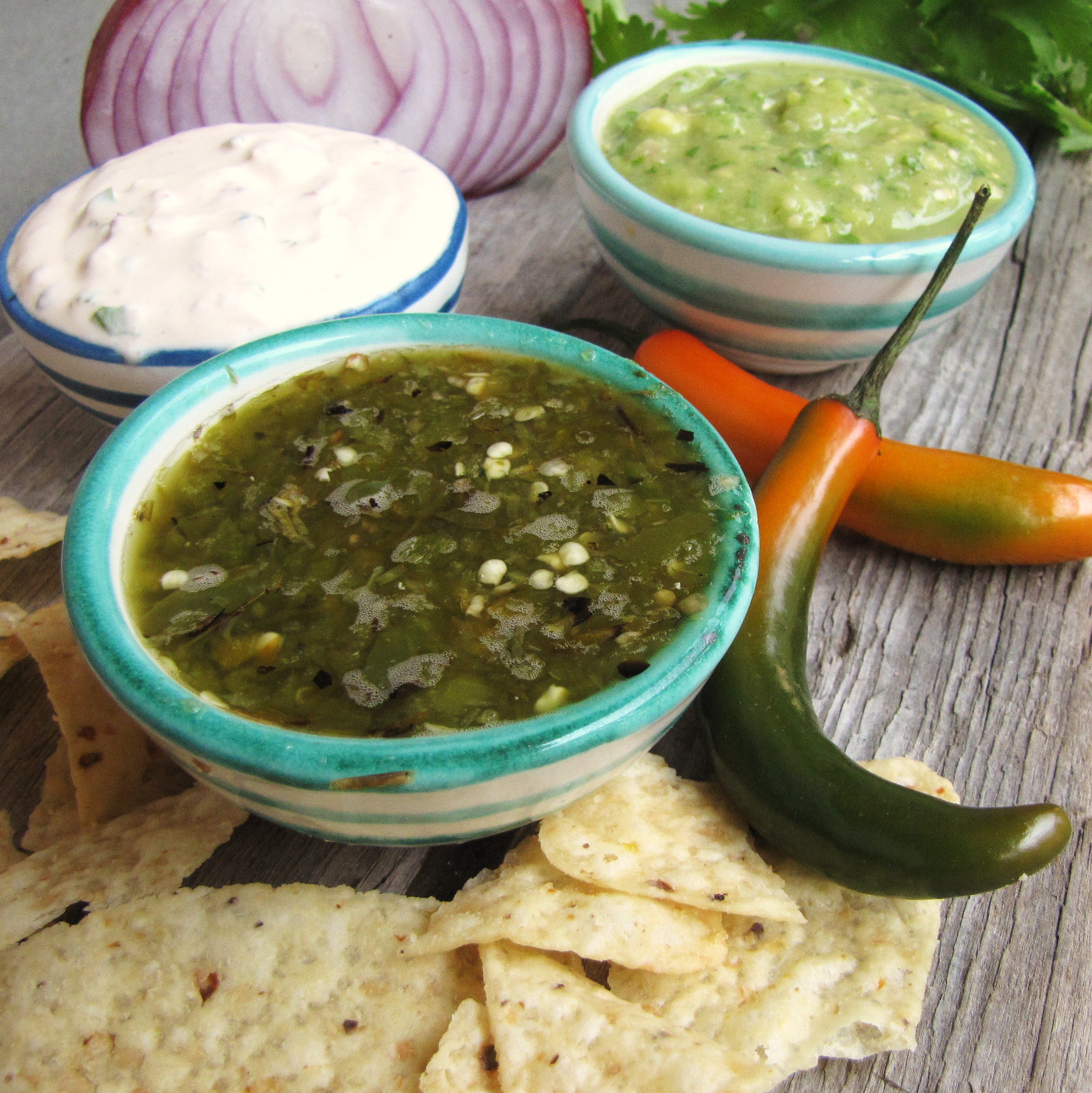