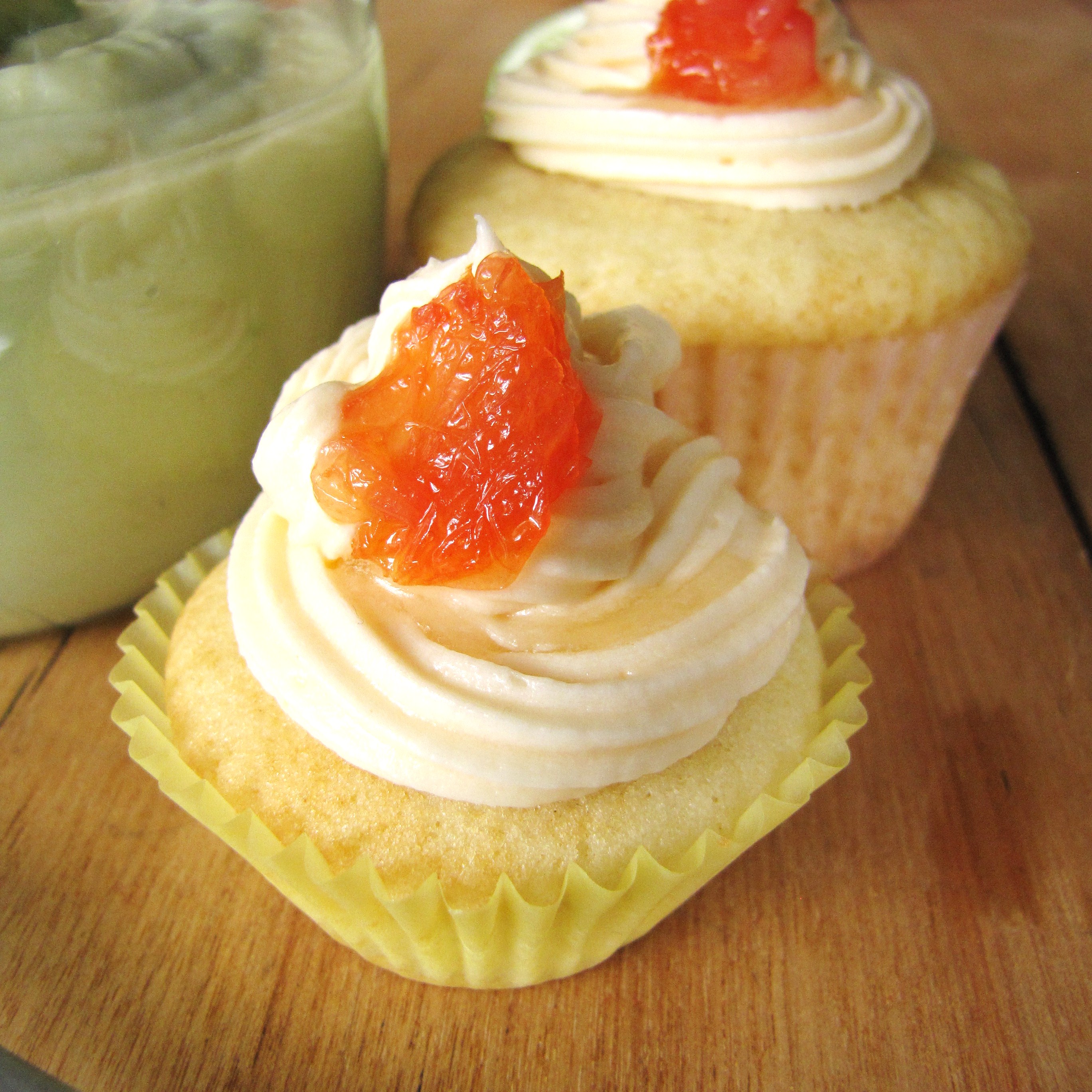 Over the weekend, I developed three wasabi-centric recipes for the last round of the Marx Food contest that I’ve been participating in for the past 7 weeks.  I only submitted one of my three recipe so the contest, but I still enjoyed the other two.  One of the rejected recipes was for wasabi cupcakes with grapefruit buttercream and caramelized grapefruit.  While the wasabi cupcake wasn’t my favorite, the grapefruit buttercream was incredible and I’m pretty proud of myself for developing the recipe. 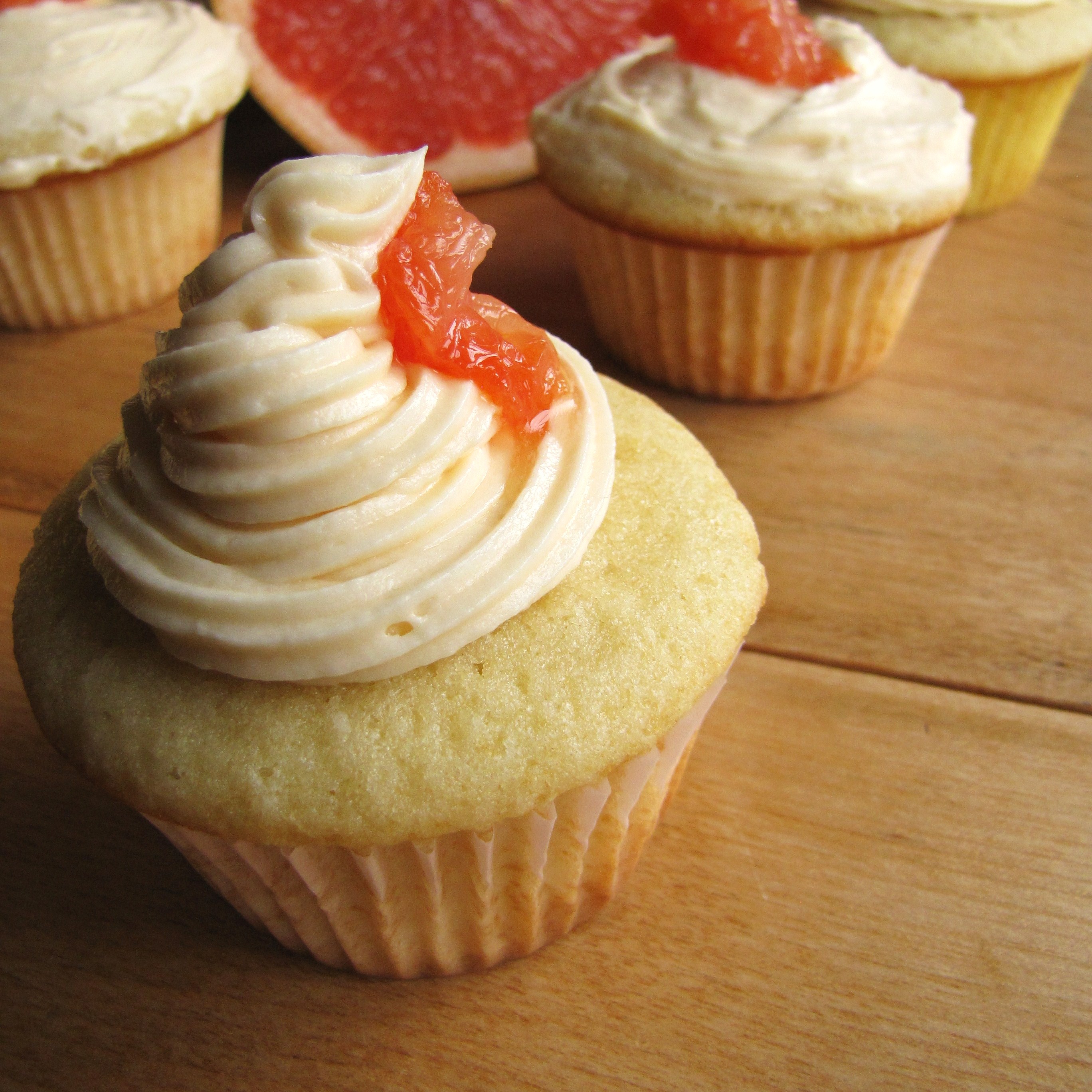 My problem with most grapefruit flavored baked goods is that they don’t taste at all of grapefruit – it’s a hard flavor to instill because grapefruit juice is fairly dilute, so it’s hard to maintain its bright, juicy flavor while also keeping a reasonable wet-dry ratio in your recipe.  I’ve tried grapefruit curd that only tasted slightly citrusy, grapefruit frosting that was far too runny to use, and grapefruit cake with a cup of grapefruit juice but no flavor to it at all.  This time, I wanted to really get that grapefruit flavor, so I decided to create my own grapefruit concentrate and use that as my flavoring.  I boiled a cup and a half of ruby red grapefruit juice for about 40 minutes, reducing it to about 1/4 cup of viscous liquid.  This grapefruit reduction was so tart, while retaining its juicy flavor, that I had high hopes for it.  I mixed a basic buttercream up, omitting half the liquid ingredients (cream and vanilla) and added 3 TBS of the grapefruit concentrate to it.  Voila!  The frosting was firm, pipable, a lovely pink-orange color, and actually tasted like grapefruit.  Great success. 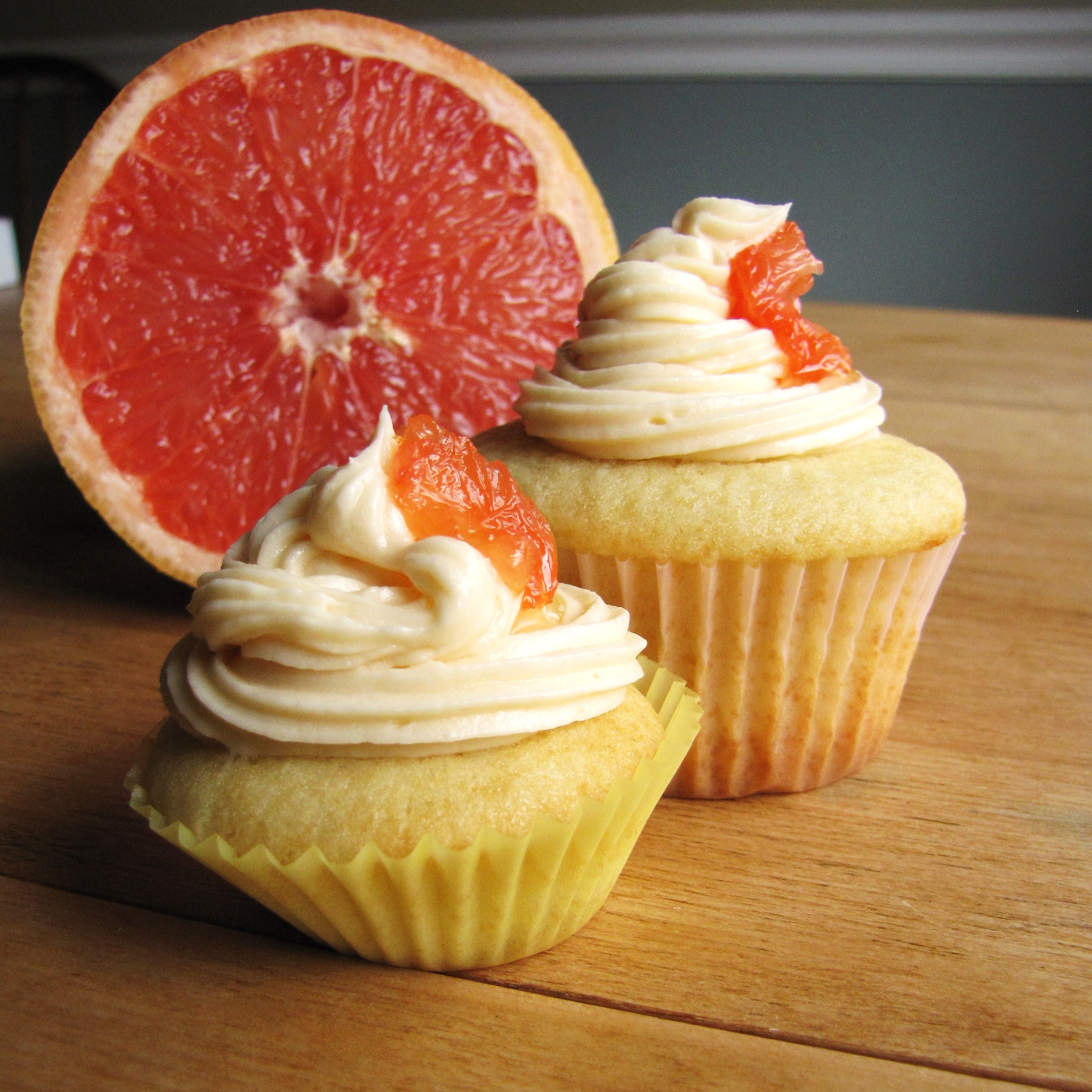