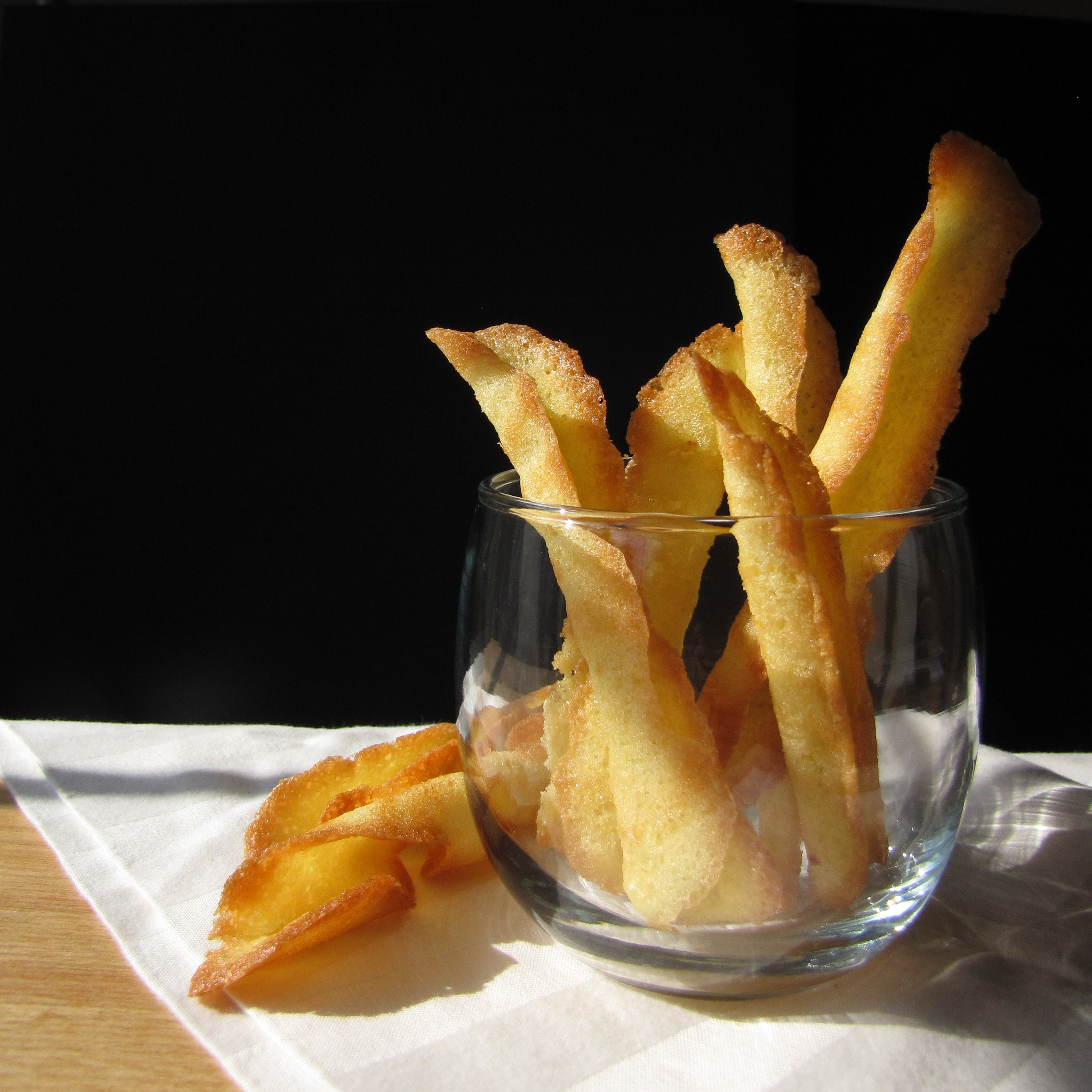 Yes, it’s been a while since my initial post about the awesome food and farming alternative spring break I took part in a few weeks ago, but I’m definitely not over how cool it was, so I thought I’d share a little bit more.  The trip focused on eating locally and sustainably, as well as learning about where your food comes from and the people who are creating it.  Durham happens to be one of the country’s biggest hotspots for local food – as a growing urban area sitting on miles of tobacco land which is slowly being converted to other types of crops, the city has access to a wide variety of locally-sourced vegetables and animals, as well as a young population ready to commit to eating locally.  The NY Times wrote an article last April about the local food movement here, and this year, named Durham one of the top 41 places to visit in 2011 in the entire world, due to the wealth of excellent, sustainable restaurants in town.  Pretty cool place to be if you’re into food, right?  Even cooler was getting to meet some of the chefs behind the incredible food Durham’s top restaurants are turning out, and then dig in (for free!  Thanks, Duke).  Below you’ll find a brief summary of each of the local restaurants we visited, who we met, and what we learned. 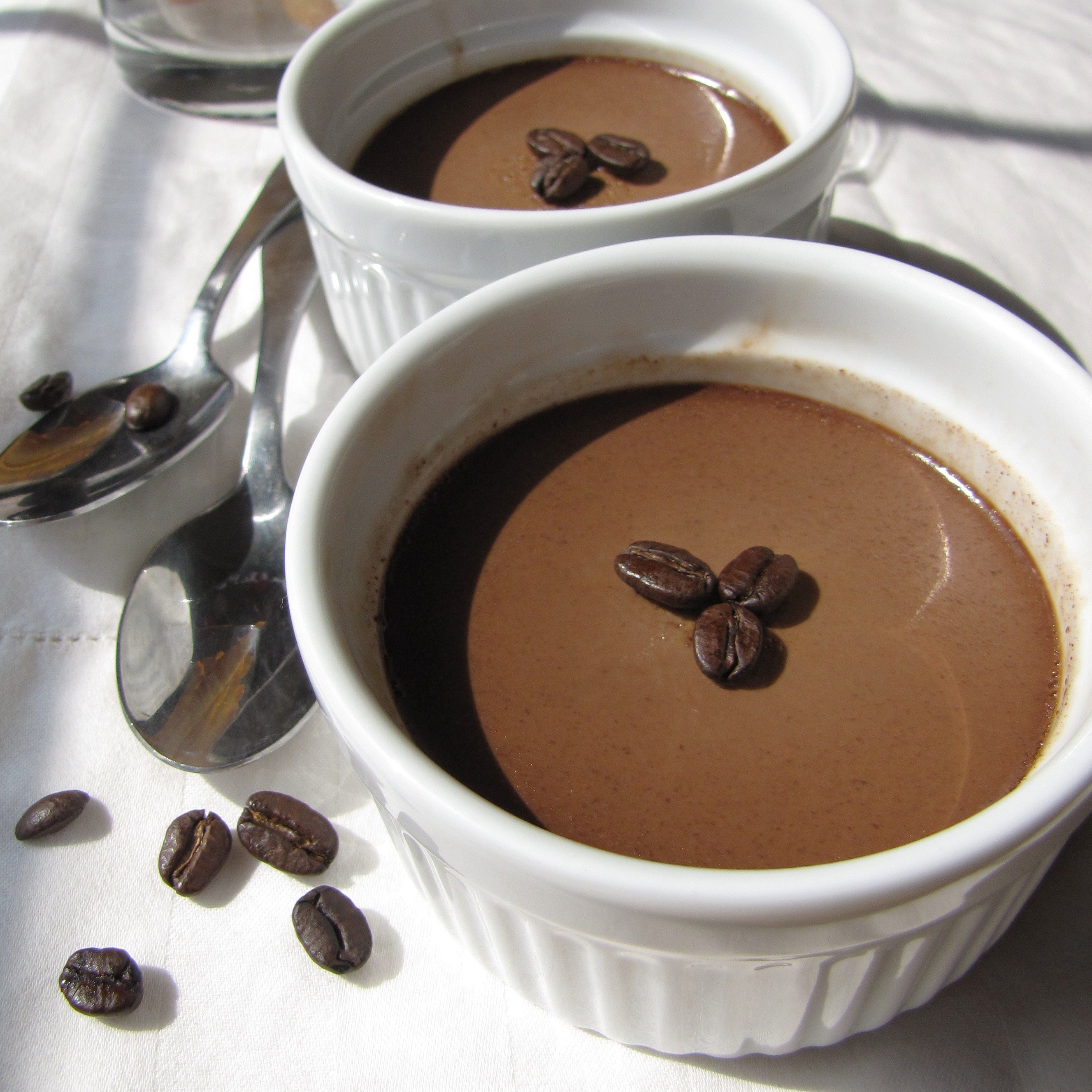 Piedmont – Marco Shaw, the chef and part-owner at Piedmont, is one of the most inspiring people I’ve ever met.  His passion for what he does is apparent in everything from the way he speaks to the way he cooks.  Having worked with Alice Waters at the beginning of his career, the decision to cook locally was an easy one for Marco – when asked why his menus don’t loudly proclaim their sustainable ingredients, he answered that not every restaurateur can afford to make the same choices, but for him, it’s a responsibility.  He also makes it a point to use every part of the animals he gets – my pig trotter tronchon was delicious – and does all of his own butchering (which, after reading Heat’s 50 page description of how complicated it is to butcher anything, completely impressed me).  A final fact – he changes 50-90% of his menu every single day, based on what his farmer’s are able to get to him.  Dedication.

Fullsteam Brewery – Durham’s own micro-brewery, Fullsteam uses local produce to create its seasonal specialty beers, which include rhubarb, persimmon, and basil beers, as well as their famous Sweet Potato Ale.  The brewery is also a favorite destination for the young and old alike – while we were there on a Sunday afternoon there were kids riding tricycles across the open room and even having birthday parties while their parents relaxed with friends and had a few beers, but on a weekend night it has the vibe of any other cool, slightly off-beat bar.

Ninth Street Bakery – Frank, the owner and head-baker at the Durham institution, Ninth Street Baker, has a great hippie baker’s life story.  After dropping out of UC Davis in the ’70s, he lived in a zen Buddhist monastery, which is where he learned to bake.  And baking turned out to be his thing.  Thirty years ago he and his wife began 9th street bakery, way before 9th street was a fun, safe place to go.  Now they’re located downtown, and we had the pleasure of touring the bakery and learning how one churns out hundreds of loaves of bread a day (my favorite part was punching down the dough … that filled an industrial-size trash barrel).  All of their breads and pastries use organic flours and grains, and are completely delicious.  You can buy their sandwich bread at both Wholefoods and Kroger, and it’s 100% worth the extra dollar. 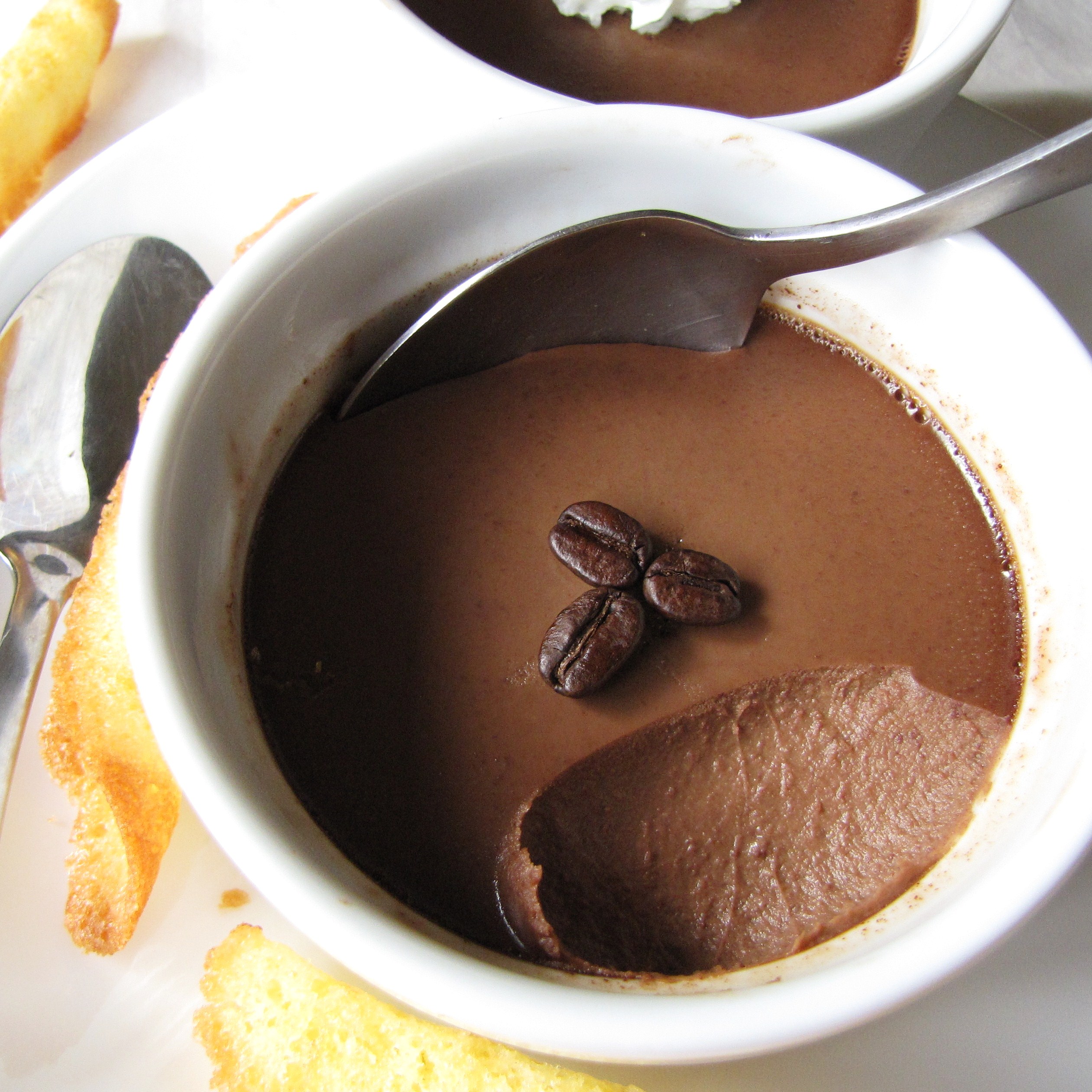 Bull City Burger and Brewery – A brand new restaurant on the Durham scene, Bull City Burger and Brewery opened a week ago to an overwhelmingly positive response.  We met with Seth Gross, the owner and chef, a few weeks before the restaurant was set to open, and he graciously took a few minutes out of the overwhelmingly busy pre-opening schedule to talk to us about his concept.  The restaurant is completely sustainable in its concept – even the tables are made from recycled barn beams.  The beef (grass-fed, but of course) will all be from the region, and hopefully 100% from North Carolina.  The restaurant will use burger toppings from local farmers – so don’t expect tomatoes on your burger in January! – and buns made from locally processed flours.  Even the beer will one day use barley and hops from North Carolina.  On top of all that localness, pints will be $4.50 and burgers are around $6, meaning even I can afford to go there.  A final cool fact about BCB&B – they sponsored the “golden bull contest” for the months before the restaurant opened, hiding 5 golden bulls (Durham – “Bull City’s” – mascot) in various locations downtown, providing clues as to the locations of the bulls each day on their website.  The finders of the bulls won a free lunch every week for a year, and the competition was fierce.

Watt’s Grocery – One of the restaurants I frequent most in Durham, Watt’s ascribes to the same concept as Piedmont, and attempts to source as many of their ingredients locally as possible.  While after listening to Marco some of us were a bit disappointed to hear that they don’t change their entire menu every day, it was important for us to learn that using local ingredients is a serious commitment for a restaurant.  All of the restaurateurs we spoke with mentioned the difficulty of adapting to the variability of what farmer’s can give you in any given week – if you planned your entire menu around the availability of 6″ tomatoes and your farmer can only give you cherry tomatoes, you have to adapt fast, and not every restaurant has the resources to do so.  Watt’s is up there with the best in terms of sustainability, and their food is delicious.  During our extended three course dinner I had their hush puppies with basil mayo, rib eye with farmer’s cheese dumplings, and incredible lamb meatloaf with a farro salad.  Then, for dessert, our table ordered every single dessert on the menu and demonstrated excellent sharing abilities by each taking one bite and passing the dessert on.  The almost unanimous favorite dessert was the espresso pot de creme, which brings me to today’s recipe!

My version of the incredible espresso pot de creme we had at Watt’s is not quite as good as theirs, but it is pretty excellent.  The recipe is straight forward and not too time-consuming, although it does use a large number of bowl (never a plus in my kitchen).  It is an extremely thick and rich dessert, and a little goes a long way.  I do wish that it was a bit creamier – the density of this is similar to that of pumpkin pie, and next time I might up the cream to egg ratio in order to achieve a more “mousse-y” consistency.  To serve with it I made a batch of lemon peel tuiles to emulate the Italian tradition of serving espresso with a twist of lemon.  The tuiles were fun to make, used up all the leftover egg whites from the pot de cremes, and turned out perfectly – wonderful lemon flavor, well formed, and a crunchy bite!  A great afternoon snack for this rainy spring week. 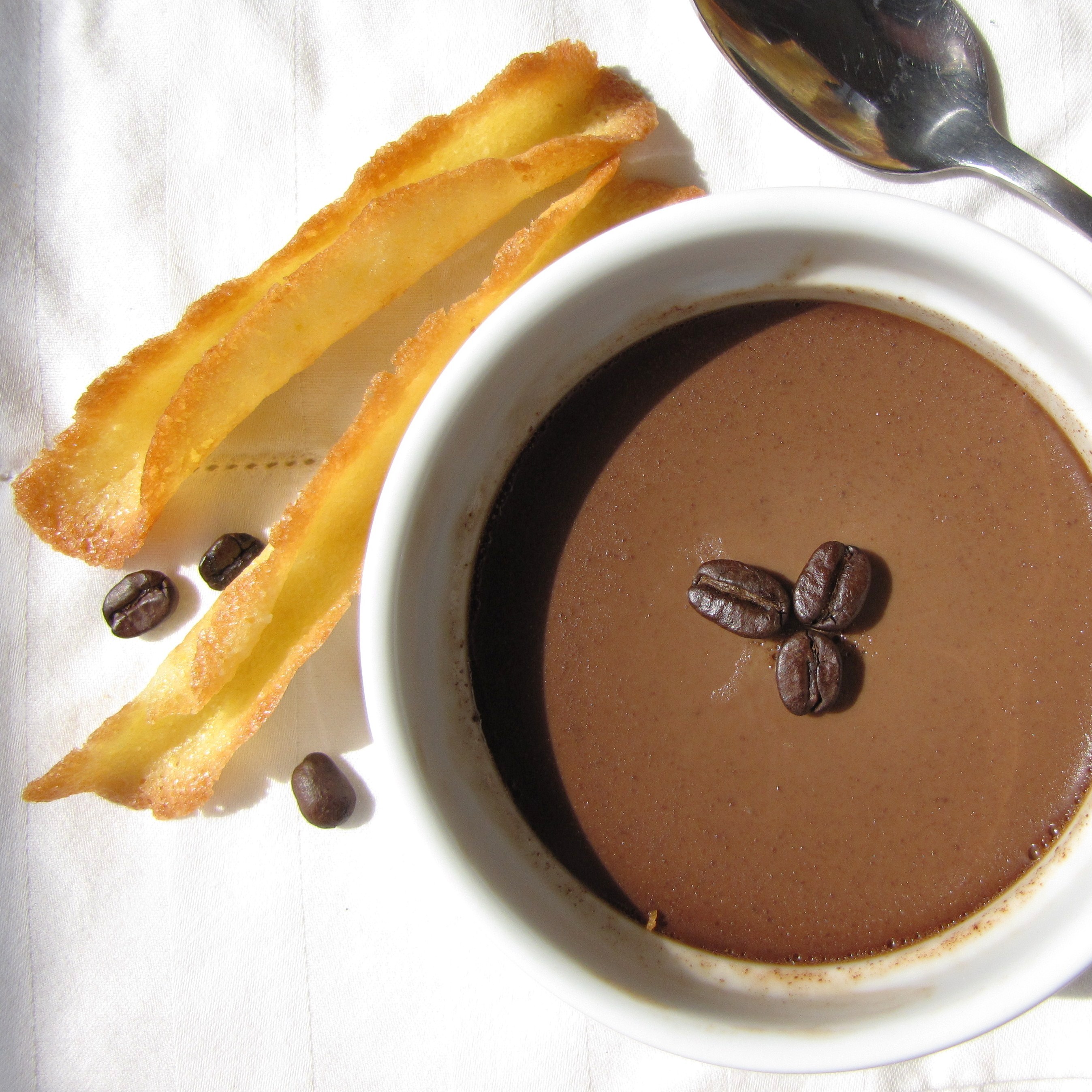