If halloween were a more elegant holiday than it is, this is what I would serve at halloween parties – smooth, silky creme brulee with a hint of roasted pumpkin and fall spices, topped with spicy garam masala pumpkin seeds. As it is, we’ll save this for fancier events and stick to the garish chocolate and peanut butter combinations tonight. I’m a creme brulee fiend – I can never resist ordering it for dessert when we’re out for dinner – so when Trevor made this amazing version at home he won me over all over again. This recipe is all him, so I’ll let him tell you its story…

A couple of months ago, when we started cutting into our very first home-grown Sugar Pie pumpkins, I decided I really wanted to do something besides endless pies with them. My first thought was ‘Oh! pumpkin creme brulee!’ The pumpkins we grew have a lot of natural sweetness, and would be perfect for a light creme brulee. A quick google, however, revealed that I wasn’t the first, or even the fifth person to think of it. The internet is full of pretty well-established pumpkin creme brulee recipes. 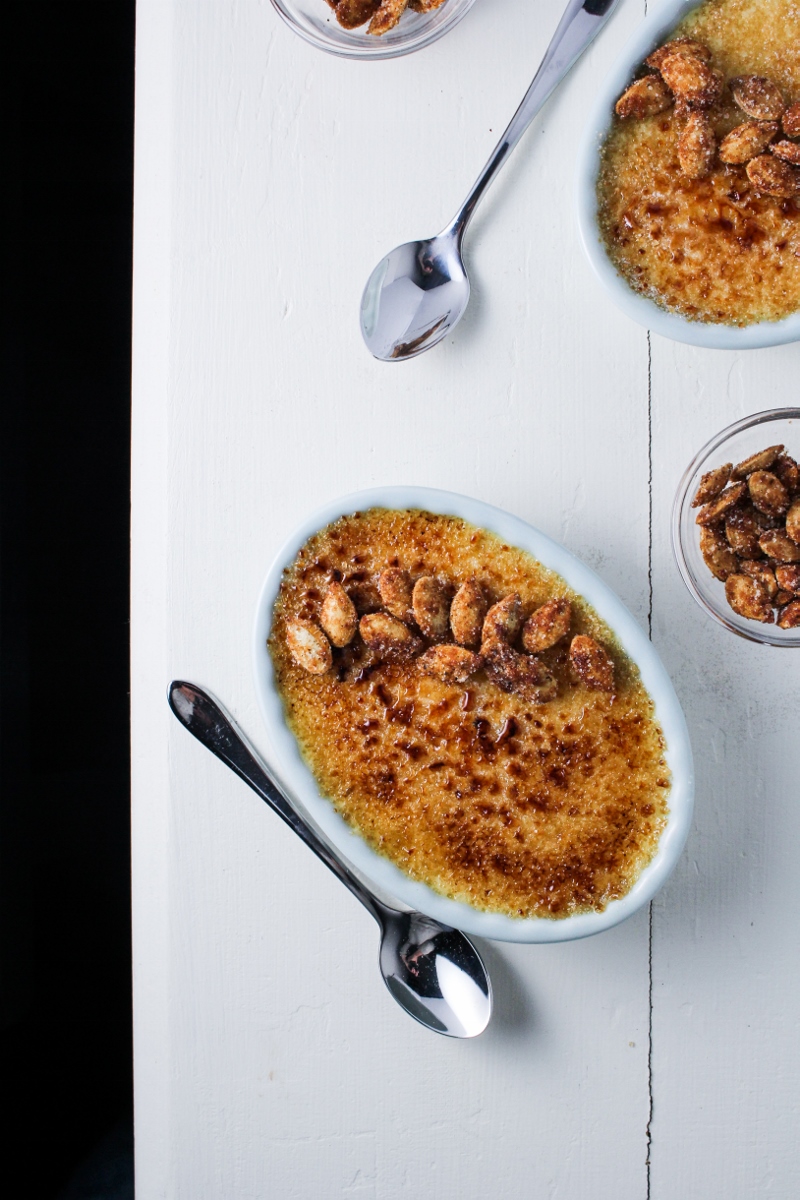 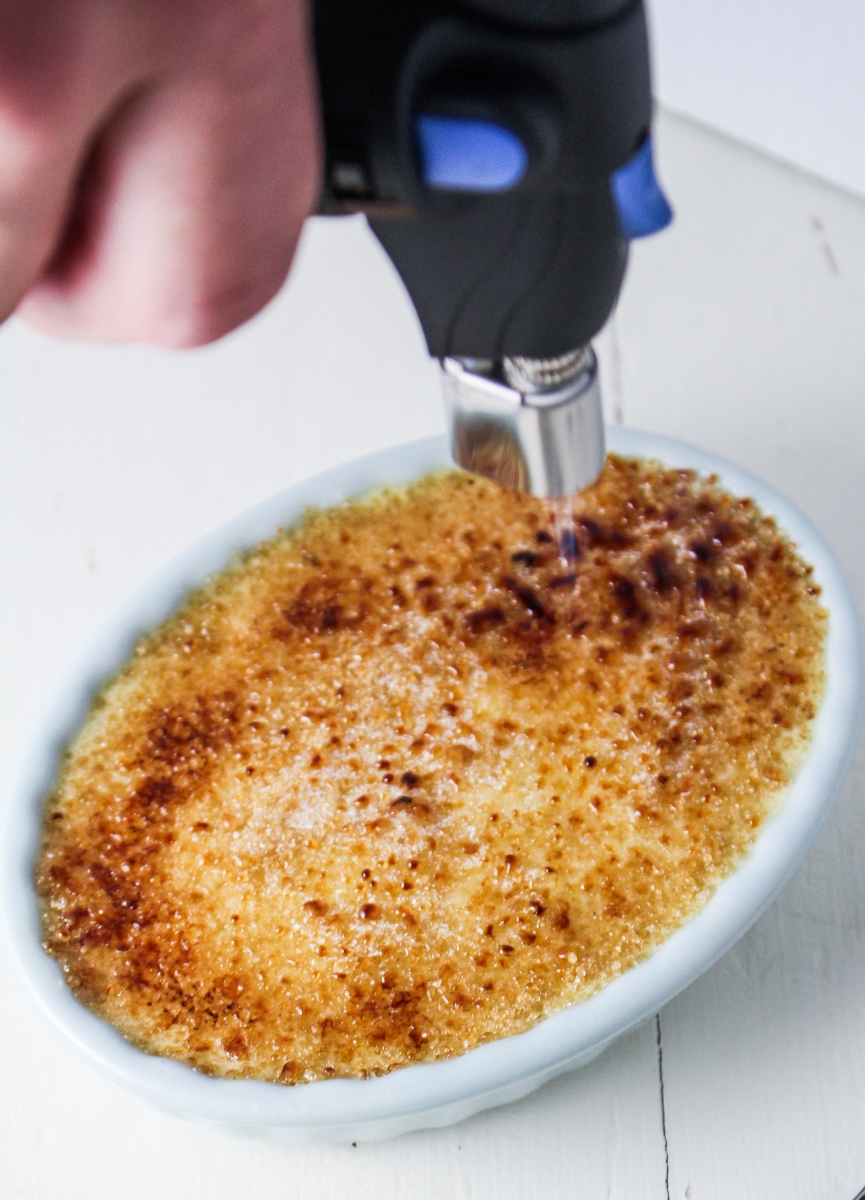 Demoralized, I decided to play with the flavors of roasted pumpkin seeds. Rather than salt and oil, I settled on the sweet, caramel-y flavors of Indian spices with a little kick. Cumin, masala, and chili powder paired nicely with the sweetness of the ginger and the nutty seed flavor. So I made these once, and they were gone in about a day, (mostly my fault).

I figured that the crunchy, crystallized seeds would be the perfect garnish for a bruleed crust, and would add a little something different to the pumpkin creme brulee recipes that were already out there. So with the seeds as a starting point, I threw some darker, intense spices into the milk while making the custard. Adding too much pumpkin to a creme brulee recipe is problematic for the final set of the custard, so the autumn flavor really has to come from the spices. The amounts aren’t enough to hit you over the head, but it’s definitely more than your classic vanilla bean dessert. It turned into a classy dessert with a little something extra, and I think it made Katie pretty happy. So it’s all good. 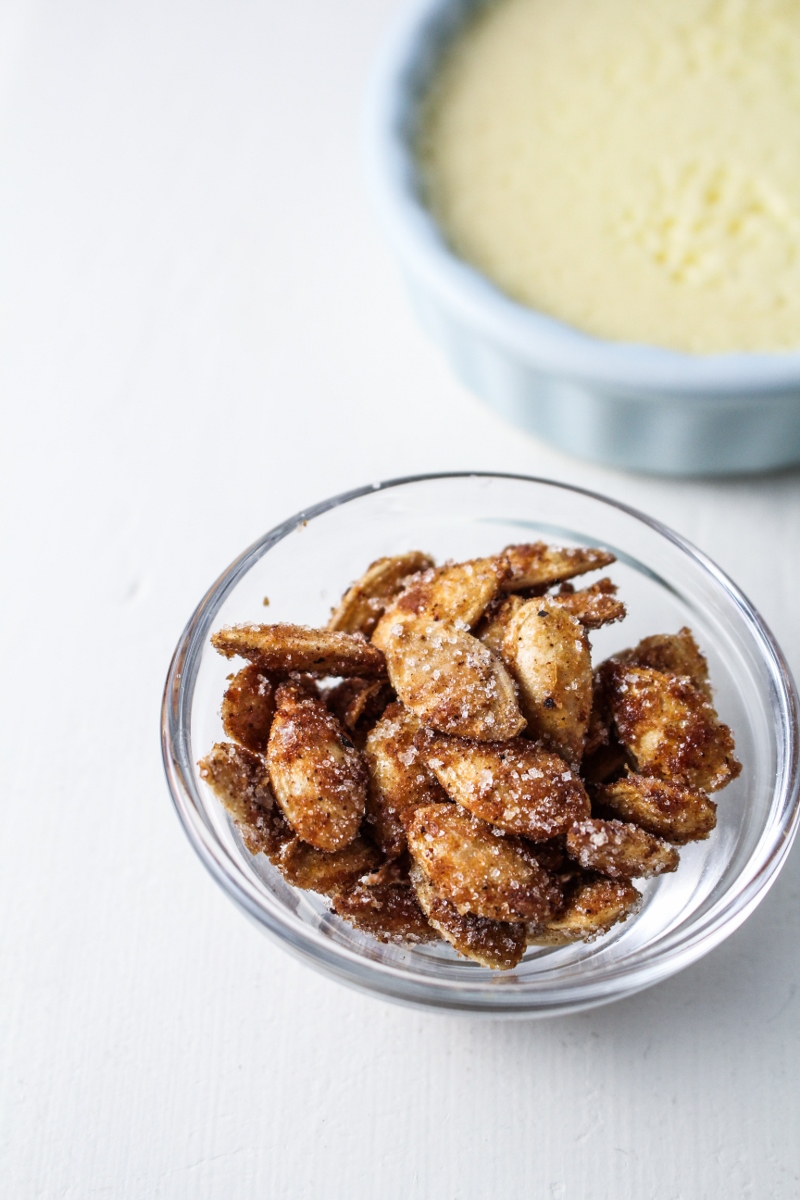 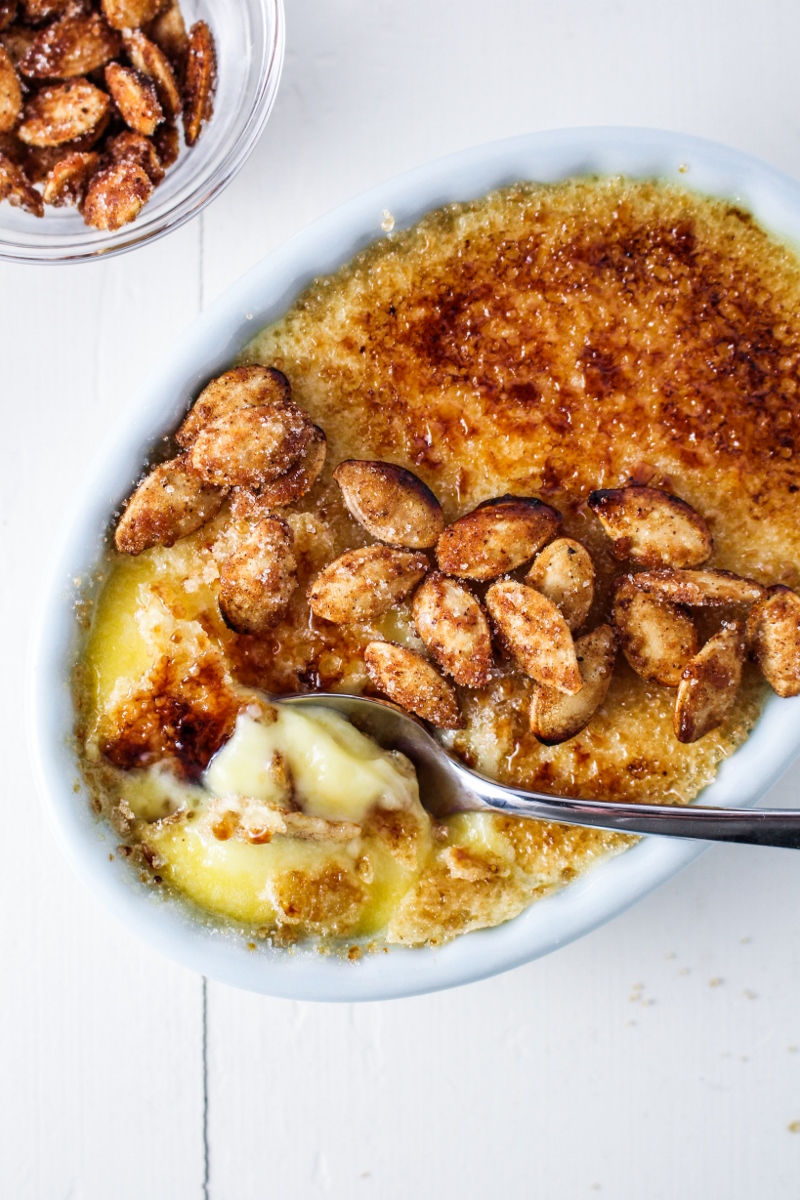 Serves 4. Adapted from The Fundamental Techniques of Classic Pastry Arts.