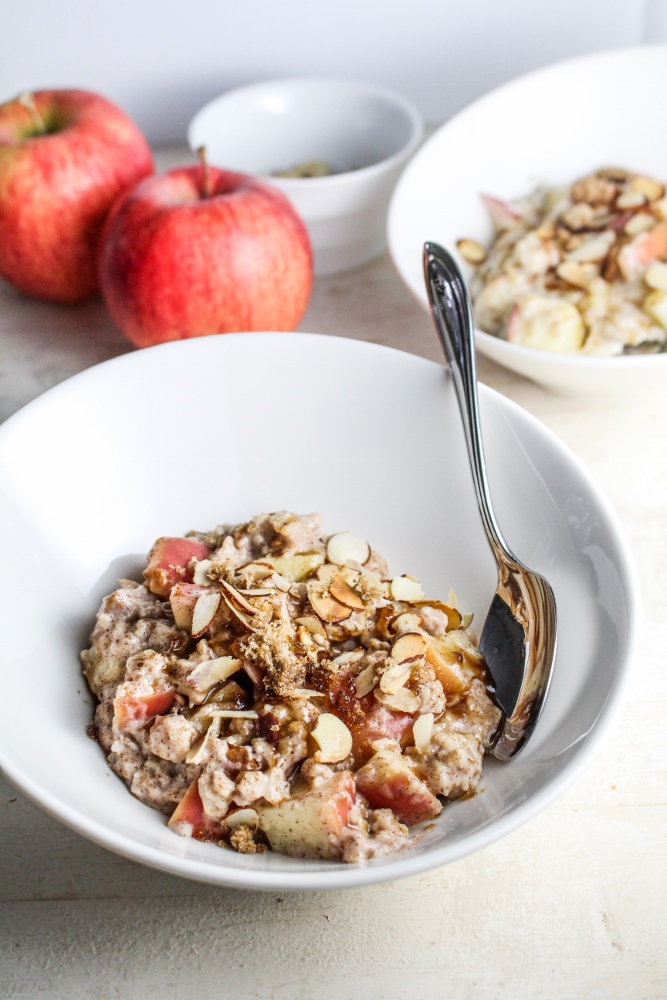 Back in September, I did a little recipe development for the California Almond Board, after which I found myself with a lot of leftover almonds and a huge tub of almond butter sitting in my pantry. I’ve always been a faithful peanut butter lover, but I started playing around with the almond butter, adding a little bit to my various breakfast recipes to see how I liked it. I quickly stumbled upon a combination that I couldn’t get enough of – oatmeal flavored with thick pieces of cooked apple, a sprinkling of cinnamon and brown sugar, and a healthy tablespoon of almond butter swirled in at the end. It was sweet, it was creamy, it was filling, and it satisfied my autumnal cravings for a hot breakfast without the guilt of some of my other hot-breakfast staples. I dubbed it “Apple Pie Oatmeal,” and proceeded to make all my coworkers jealous of the warm, sweet-smelling breakfast I was enjoying every morning. Yes, my coworkers, because one of the best things about this recipe is that it’s portable – you can assemble all the ingredients for this in a tupperware before you leave for work, microwave it for 2 minutes once you’re there, and have a warm, delicious breakfast to savor at your desk. Believe me, it really brightens up a dreary morning. After four months of eating this for breakfast at least once a week, it has become a tried and true favorite, and I figured it was high time I shared it with you.

I want you to know: I’ve experimented a lot with this recipe. I’ve swapped out the apples for frozen blueberries and raspberries. I’ve used maple syrup instead of brown sugar. I’ve replaced the almond butter with peanut butter and tried omitting the cinnamon. However, nothing is as good as that initial combo: oats, milk, apples, brown sugar, cinnamon, almond butter. It’s perfect. That said, you should feel free to play around with it on your own! Just don’t be surprised if you find yourself coming back to the original, too. 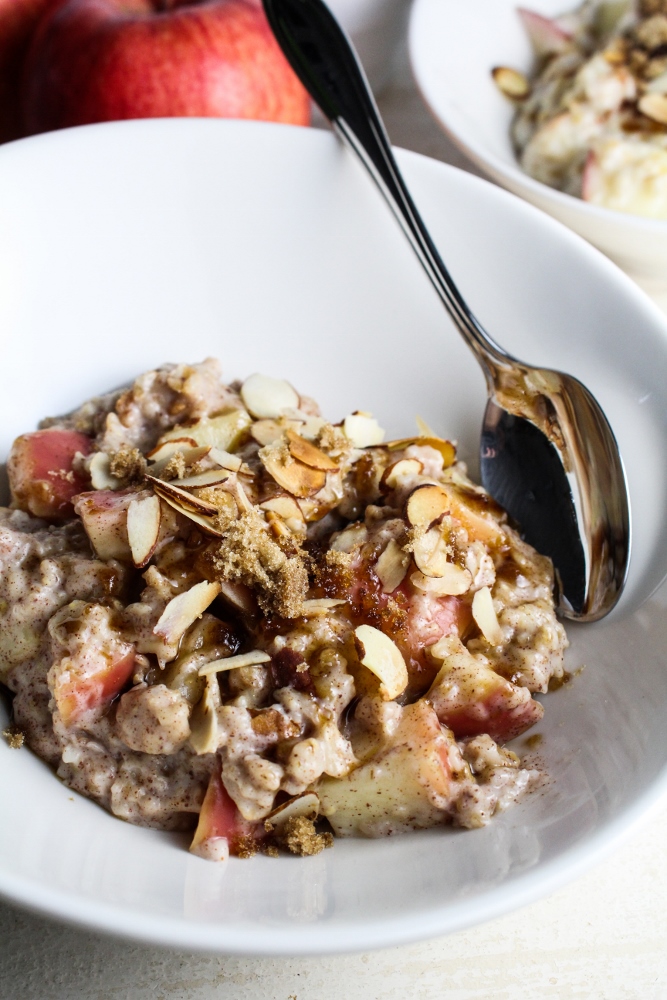 Note: I prefer making this in the microwave – it’s faster, less messy, and the apples get softer. However, it’s also good on the stovetop if you prefer to make it that way. I’ve included instructions for both, below.