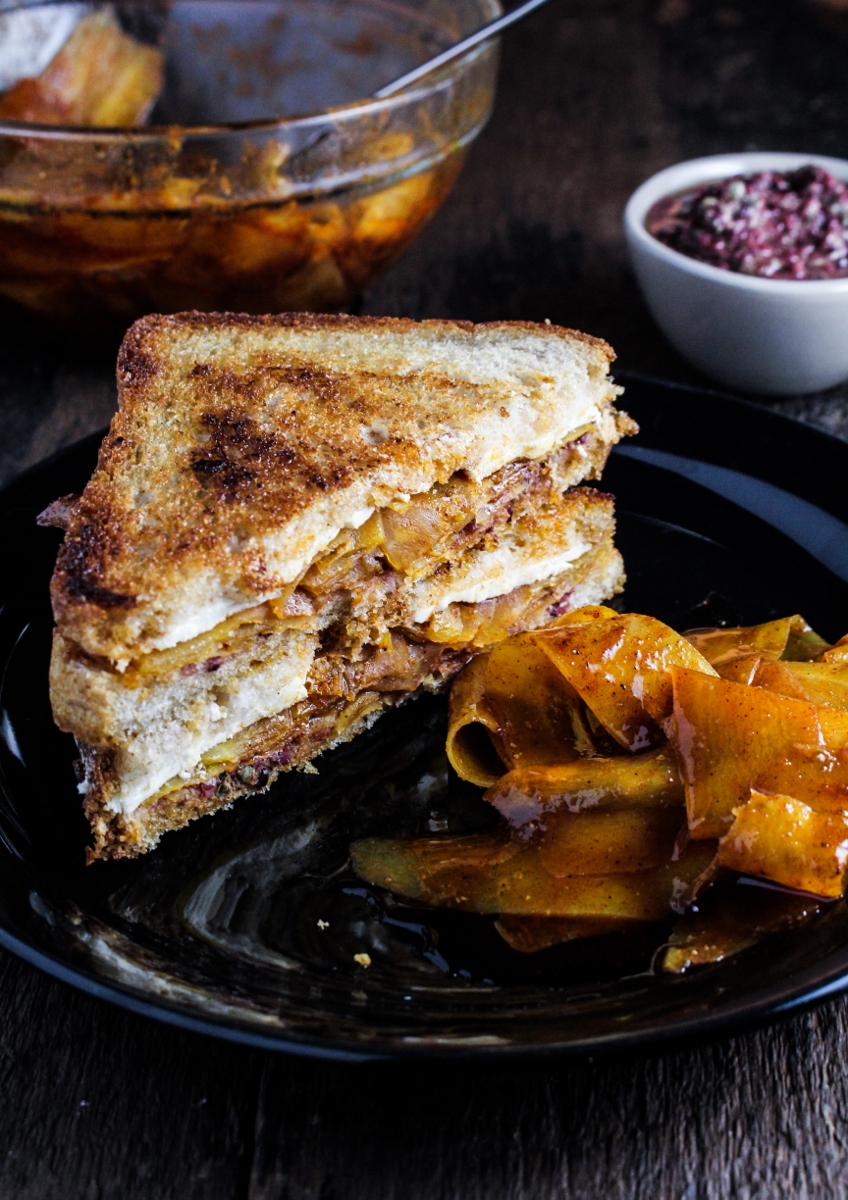 I’ve recently had a change of heart about sandwiches. See, I used to firmly believe that there was no way a vegan sandwich could ever taste good. Sandwiches are for cheese, and deli meat, and mayo, and bacon. Not for vegan things. Then I tried a bite of Trevor’s “Vegan Pressed” sandwich from our local bakery, The Biscuit, and now I’m obsessed. It’s got roasted sweet potatoes, portobello mushrooms, caramelized onions, and some kind of amazing tahini spread, that almost tastes better than cheese when it’s all warmed up, if you can believe that. It may even have topped Finale’s California Turkey (bacon, turkey, avocado, chipotle mayo), and Diesel’s Pilgrim (thick slices of turkey, hot stuffing, cranberry sauce, and cream cheese) on my list of all-time favorite sandwiches. OK, not the Pilgrim. But still! It’s really good. 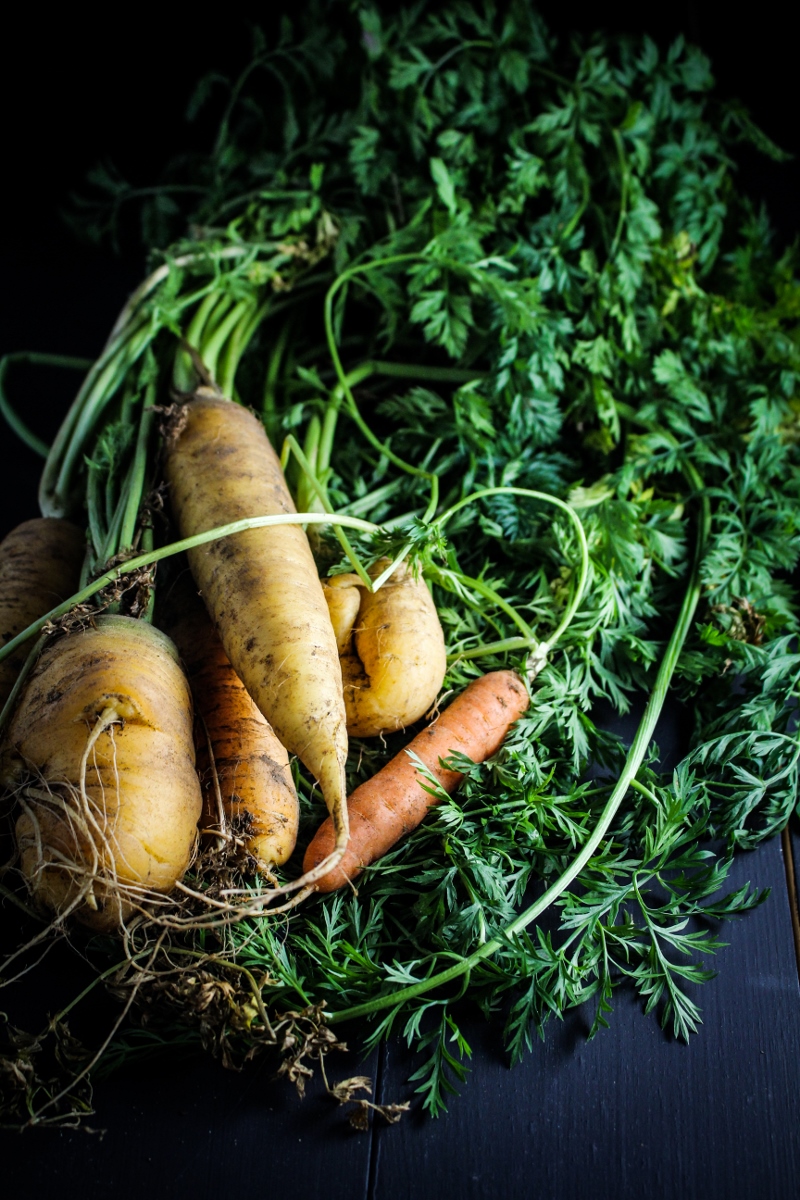 All of this is just to prime you for the fact that I’m sharing a non-traditional sandwich here, and I want you to keep an open mind about it. Ever since I saw this on Ranjani’s blog, over a year ago, I’ve been intrigued. No, I probably wouldn’t order the “carrot panini” at a deli either, but hear me out. The carrots are thinly sliced, then marinated in a sweet, Moroccan-spiced dressing. You quickly blend up a fresh olive tapenade, layer it on bread with a few thin slices of feta cheese, stuff the middle with the carrot strips, and pan-grill it until it’s hot and melty. It’s a satisfying mix of sweet, salty, and carby, like any good sandwich, but with no bacon in sight. Take a chance on it. I don’t think you’ll be disappointed. 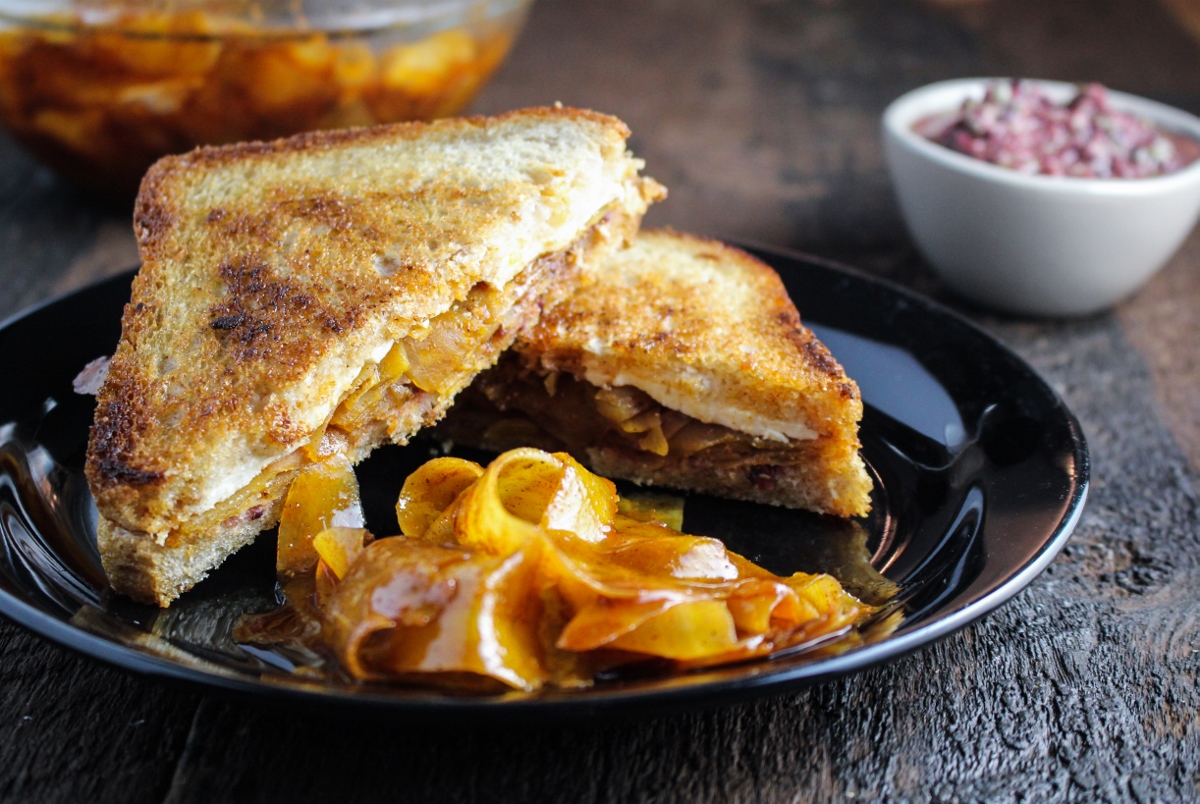 Adapted from Gourmet via 4 Seasons of Food. Serves 4.