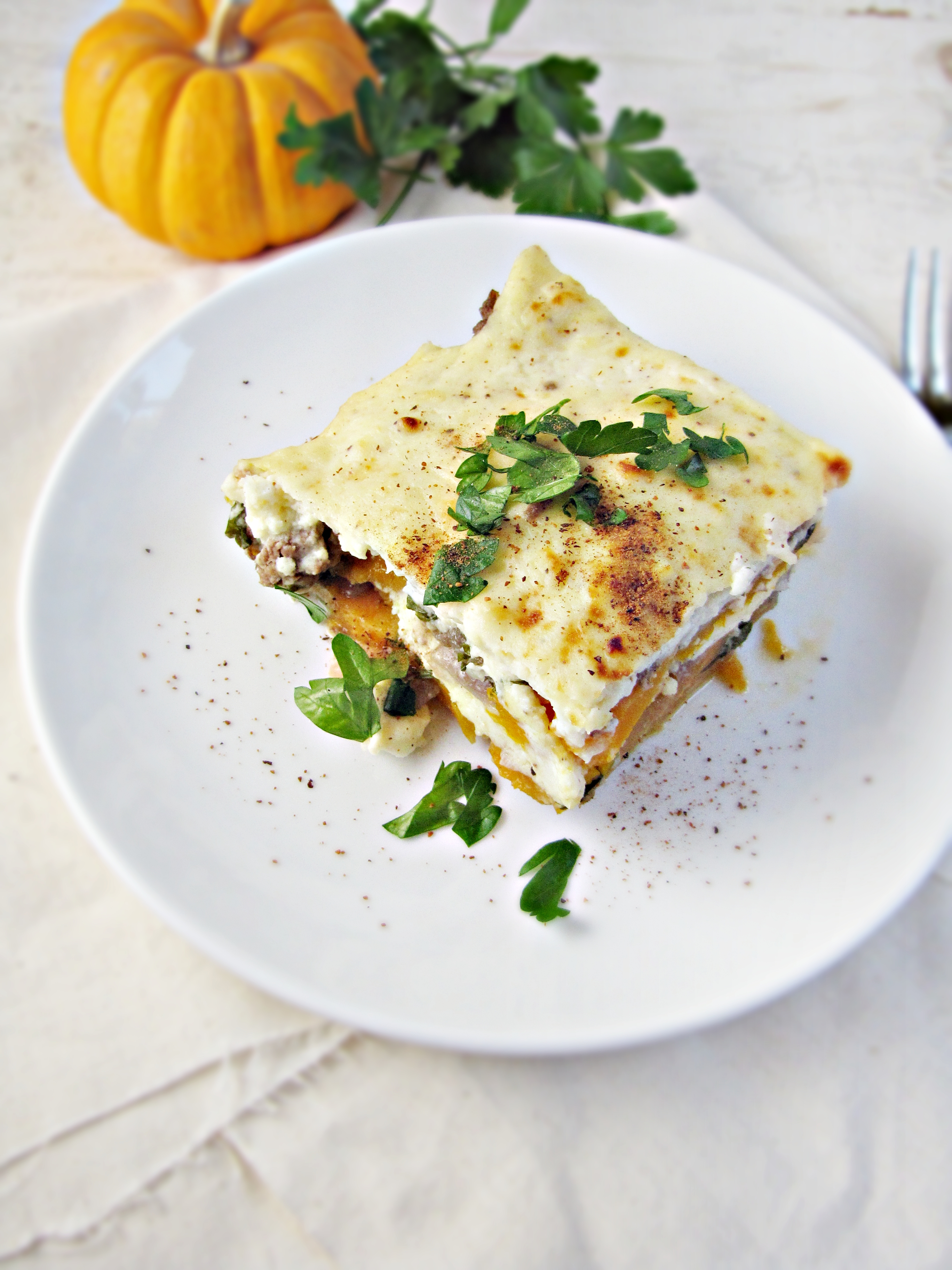 Does it feel like pumpkin has been all the rage a little bit more than usual this fall?  It does to me – I’ve even seen complaints about the internet overdose of pumpkin: “Find a new darling ingredient!” and “What about cranberries, guys??”  So, yes, I know some of you are over pumpkin.  And frankly, it’s not my favorite ingredient of all time (although who doesn’t love the occasional pumpkin muffin?).  But when I saw this recipe for Pumpkin and Sweet Potato Moussaka, I knew I had to try it out anyway.  It’s so… different.  In the best sort of way.

The first time I had moussaka I was in Budapest.  While I was studying abroad in Prague, we had a 10 day fall break during which we could travel independently.  Most people in the program took off on a city-hopping tour of Europe, trying to hit as many major cities as possible in the short time.  My roommates and I took the opposite approach, visiting only two cities, both accessible by train – Vienna, and Budapest. 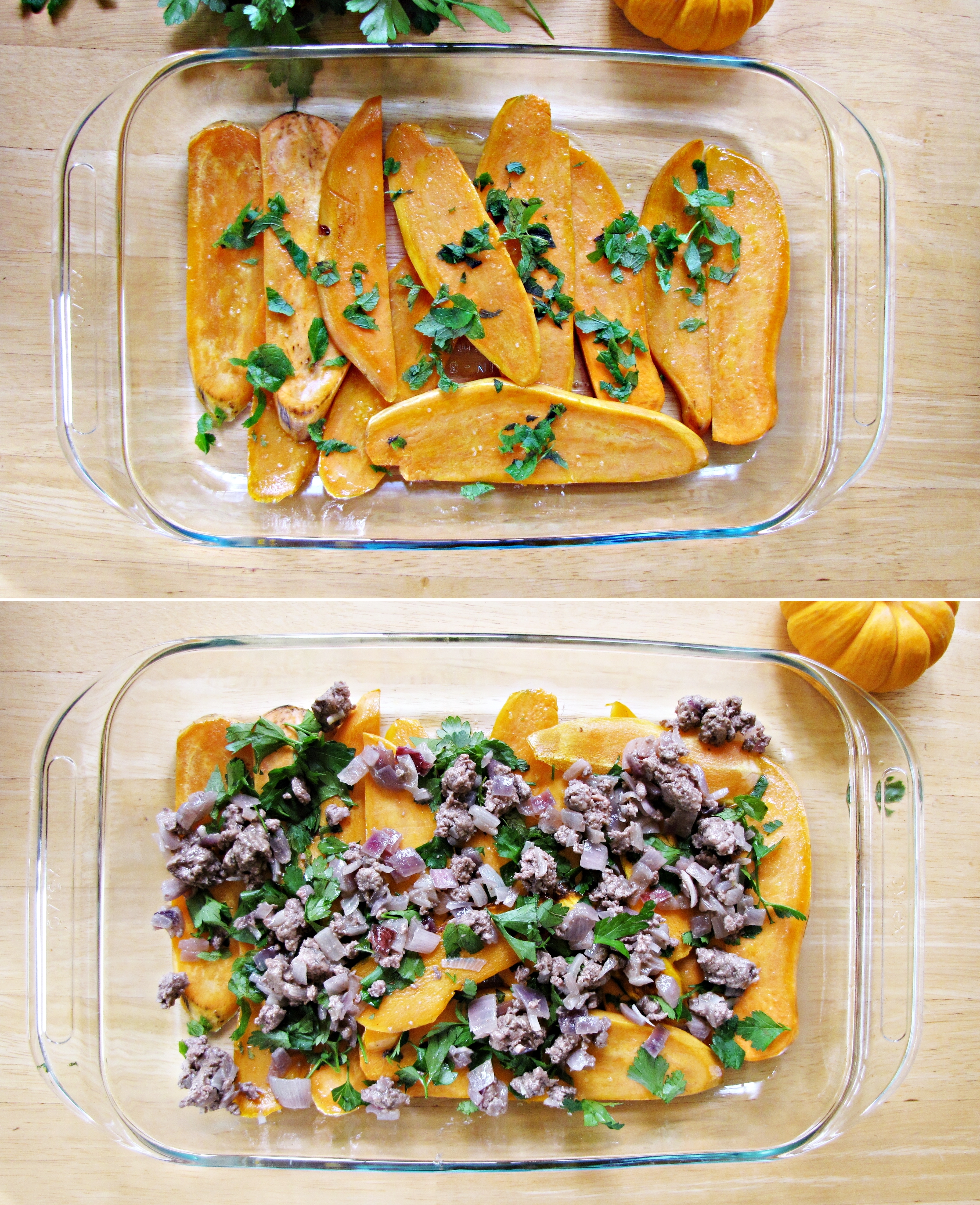 I have never felt more out of place than I did in Budapest.  Don’t get me wrong – I loved the city.  Beautiful, old-world, twisty-turny, and a little bit hipster.  But I could not say a single word in the language – not even “thank you.”  I’ve never had that experience before, and I felt completely helpless.  We managed to get by for the most part, but it was embarrassing!  The next time I’m there I’ll be prepared.

Anyway, one night we decided to go out to a Greek restaurant near our apartment (we’d already had plenty of chicken paprikash).  It was like being transported – whitewashed walls with bright blue murals, two brightly lit lofts with stone arches, waiters with Greek accents, etc.  It was one of the stranger dining experiences I’ve ever had – they actually used a dust-buster to vacuum off the table between courses!  But the food was delicious, and moussaka will always remind me of that little place in Budapest, and of the whole lovey trip, for that matter. 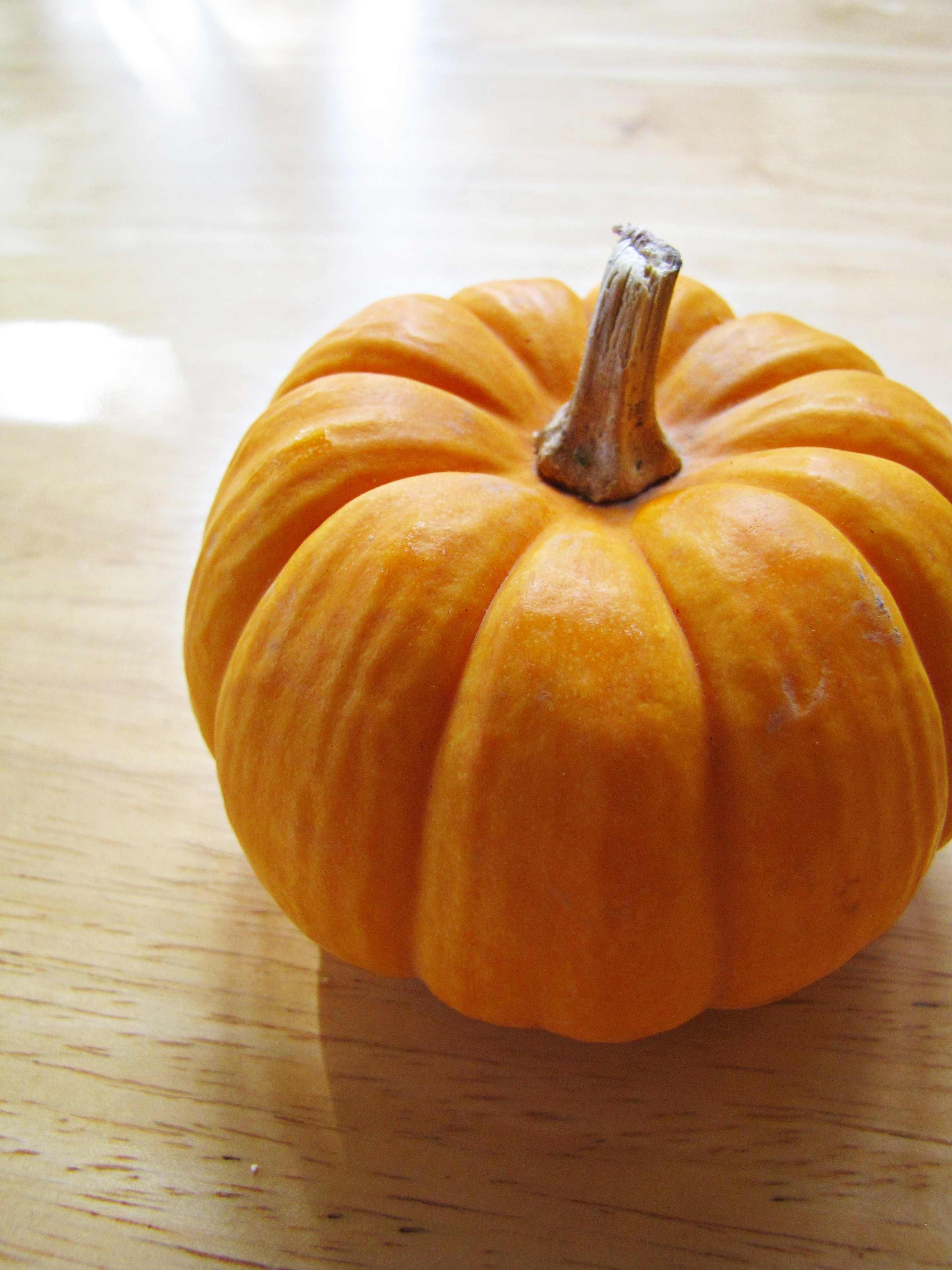 Originally, this post was meant to double as a review of The Country Cooking of Greece.  But as I began writing my grocery list and assembling ingredients, I made too many changes to the original recipe to really make it a fair “review” recipe.  You can’t judge a cookbook on a recipe you’ve changed!  The original recipe was vegetarian, but I couldn’t imagine having moussaka without ground beef – the salty, meatiness of it is the perfect counterpoint to the creamy bechamel and the sweetness of the roasted veggies.  Then, the grocery store didn’t have any eating pumpkins, so I used sweet potatoes and butternut squash instead of all three orange veggies.  I also had to play with the ratios a bit – I had way too much squash/sweet potato for the amount of bechamel I had made.  By the end, it wasn’t really a fair representation of the original recipe – but it was super delicious.  So you’ll have to hold out for the cookbook review, but you should try this adapted recipe in the meantime. 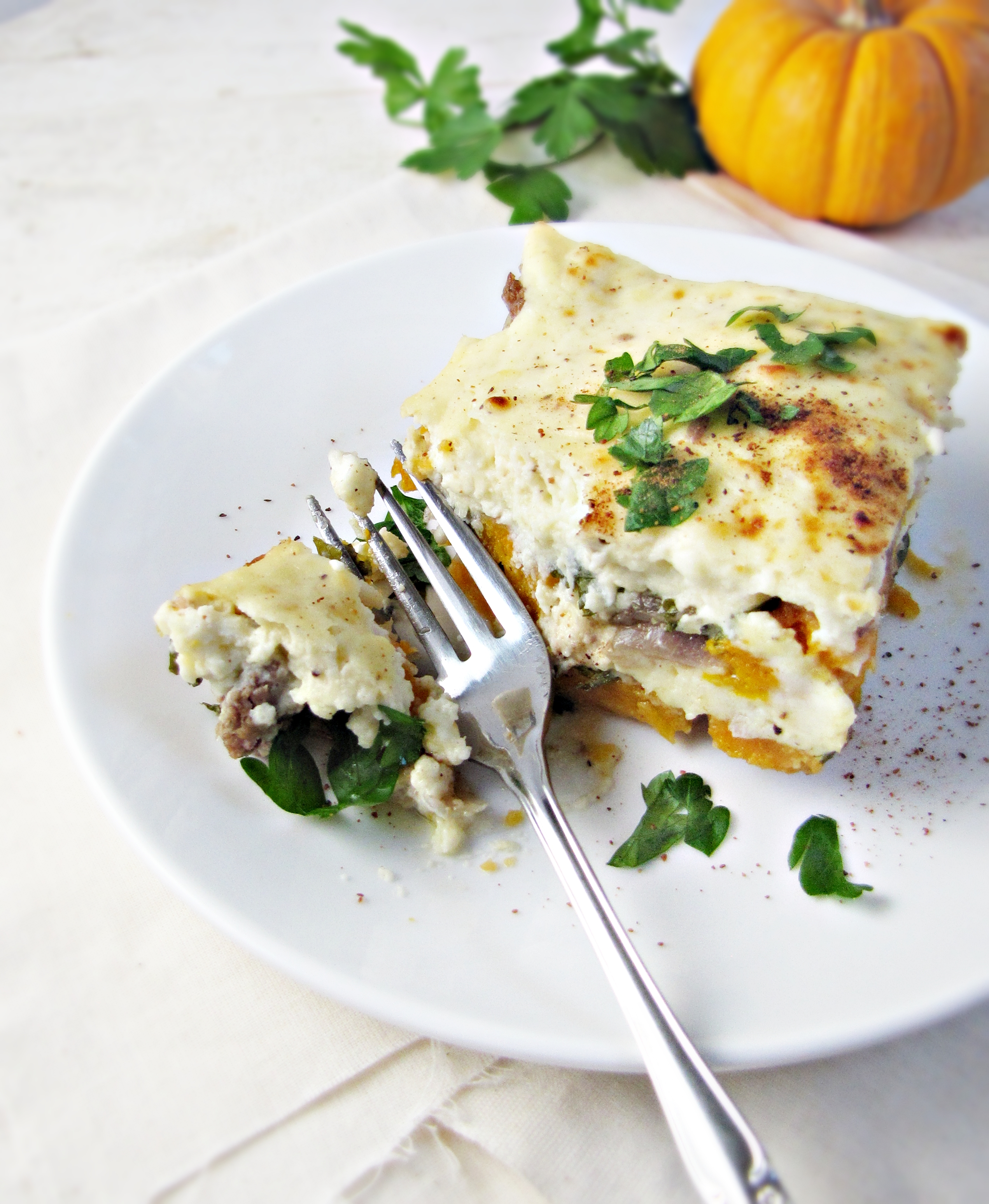 Adapted from The Country Cooking of Greece.  Serves 6-8.