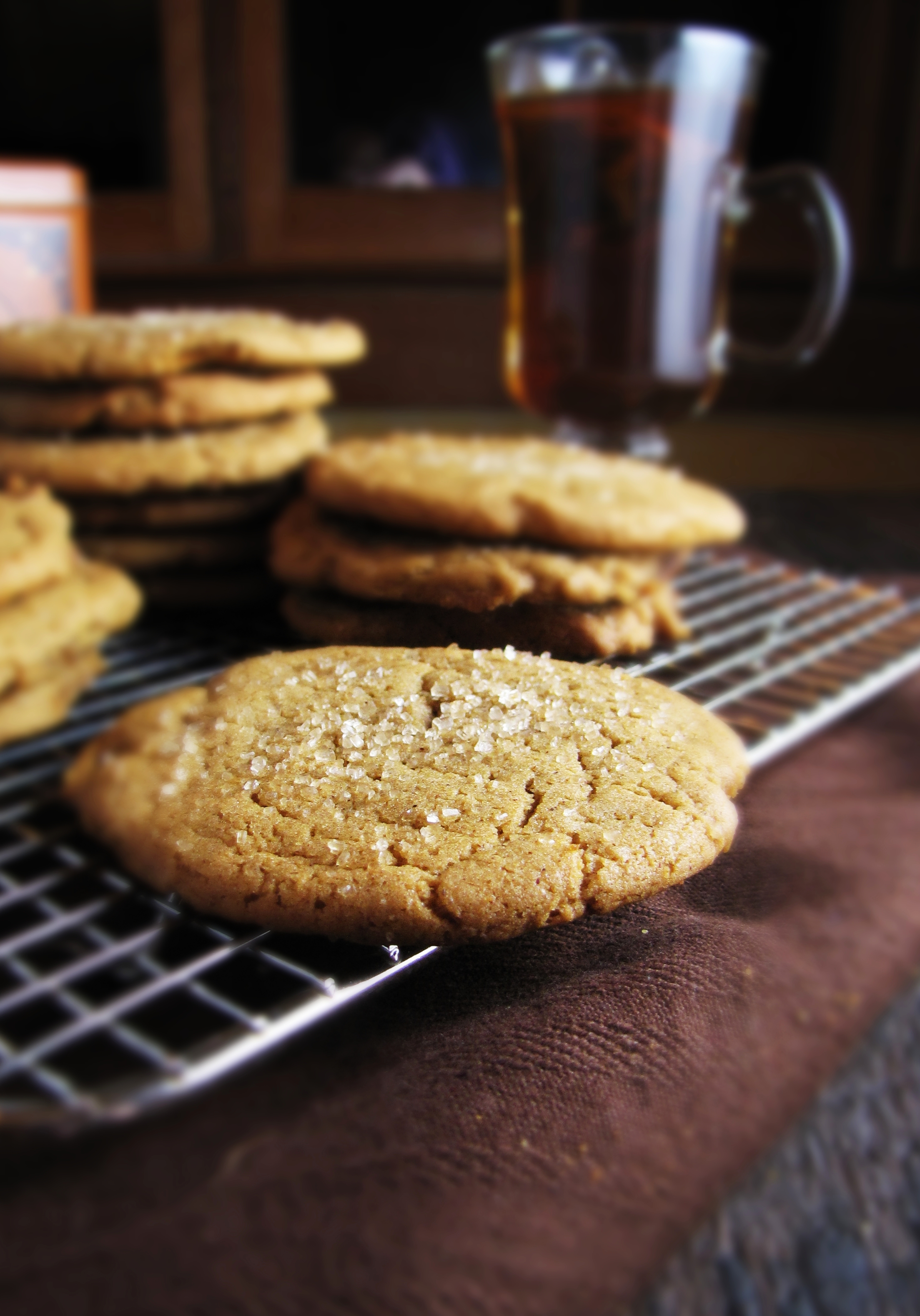 I’ve been battling off a nasty summer cold (which I’m beginning to suspect may even be the flu) since Saturday morning, with little luck.  This one’s a fighter.  Cough drops, tissues, and Nyquil are my new best friends.  Anyway, I’ve been wanting to come say hi and share a little baking, but I’ve pretty much been asleep during all the hours I’m not at work.  (Actually.  I slept from 7pm to 7am last night.  Unheard of.)  I’m feeling marginally better tonight, though, and I’ve really been craving a little time in the kitchen, so I made some soft, chewy molasses cookies to have with my 800th cup of tea today.

I thought a lot about gingery molasses-based cookies tonight, while making these.  I suppose that tends to happen when you spend an hour thinking about nothing but baking while running on 50% brain power – you can get very deeply invested in a very particular topic.  It’s just, there’s several very distinct types of ginger cookies, and they fit on a spectrum.  On the one end, you have ginger snaps.  Ginger snaps are small, thin, hard, and very spicy, and, in my mind at least, are for eating in the summer, with a cold glass of milk for dunking.  Molasses chews are an entirely different beast.  They should be large, soft, chewy, mildly spiced, and preferably a little underdone in the very center.  They’re  a wintery, rainy-day sort of cookie, best with a cup of coffee or a chai.  Then you have your typical “gingerbread man,” which is a little cakey with a harder outside, and doesn’t crack on the top.  And beyond that, there’s a whole range of in-between cookies.  And when  you order a ginger-molasses cookie at a cafe, you never quite know which kind you’re going to get, do you? 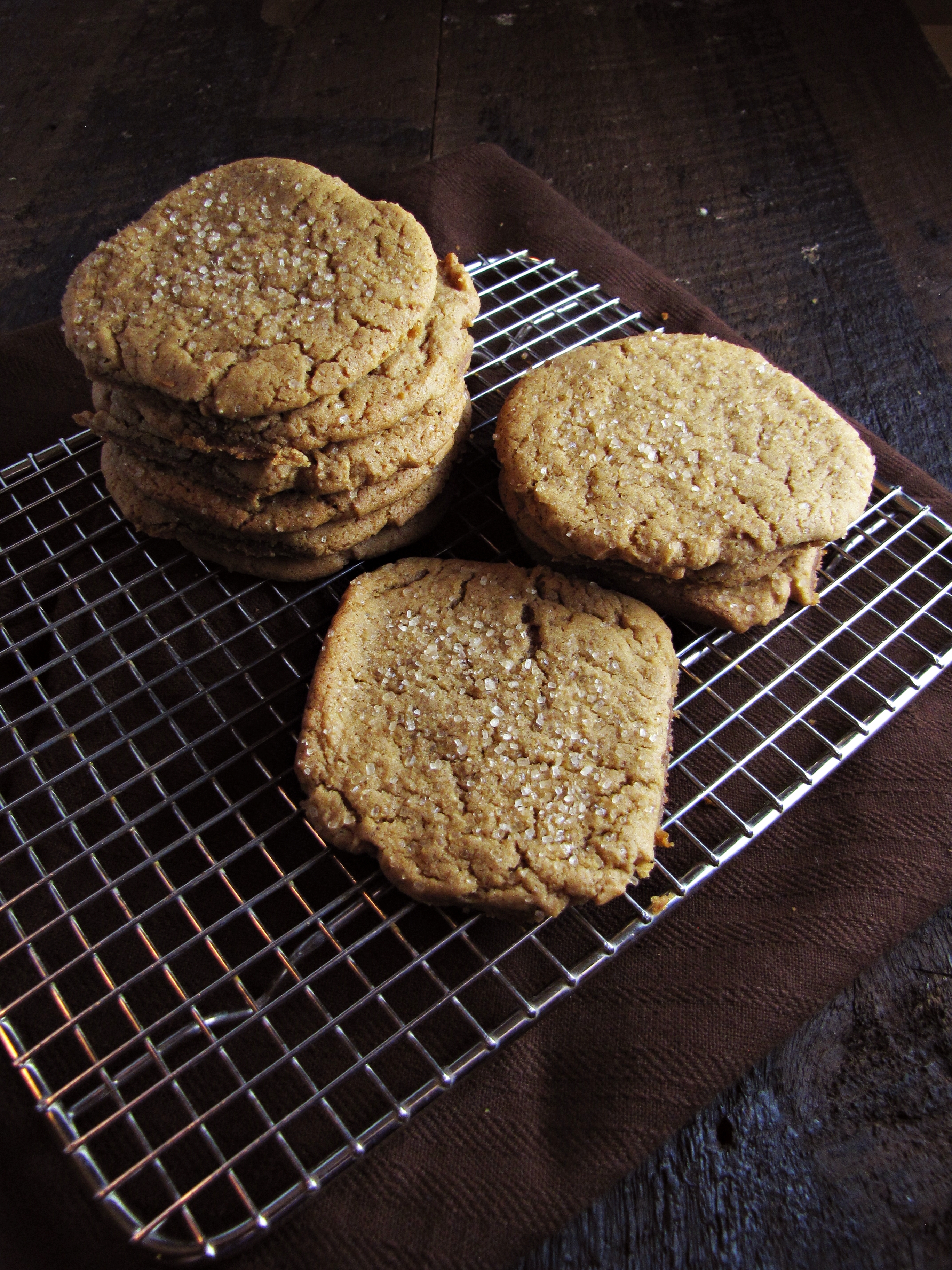 Now, I tend not to discriminate too much when it comes to eating cookies, but if you made me decide, I would have to say that molasses chews – the extra-big, extra-chewy kind – are my ginger cookie of choice.  Like the ones they used to have at Starbucks that were half an inch thick and as big as your hand.  That’s what I was hoping I would get out of this recipe, but they weren’t quite what I was looking for.  Don’t get me wrong, they’re still really, really delicious cookies, as vetted by my roommate, they just spread a little too thin and crisped a little too much to be “true” molasses chews.  If, on the scale of ginger cookies, gingersnaps were a 1, gingerbread men were a 5, and molasses chews were a 10… these would probably be an 8. So I’ll take them.  (Just fyi, I briefly tried to make a graphic of a ginger-cookie scale.  I don’t have a mouse on my computer, so I gave up.  But I wanted to.  That’s how much I love you.  And also how much I’ve learned to think in terms of powerpoint slides from my job.)

To recap: These are very good cookies, you should try them.  But if you have a recipe for really soft, really chewy molasses chews, please share it with me.  I will love you for it. 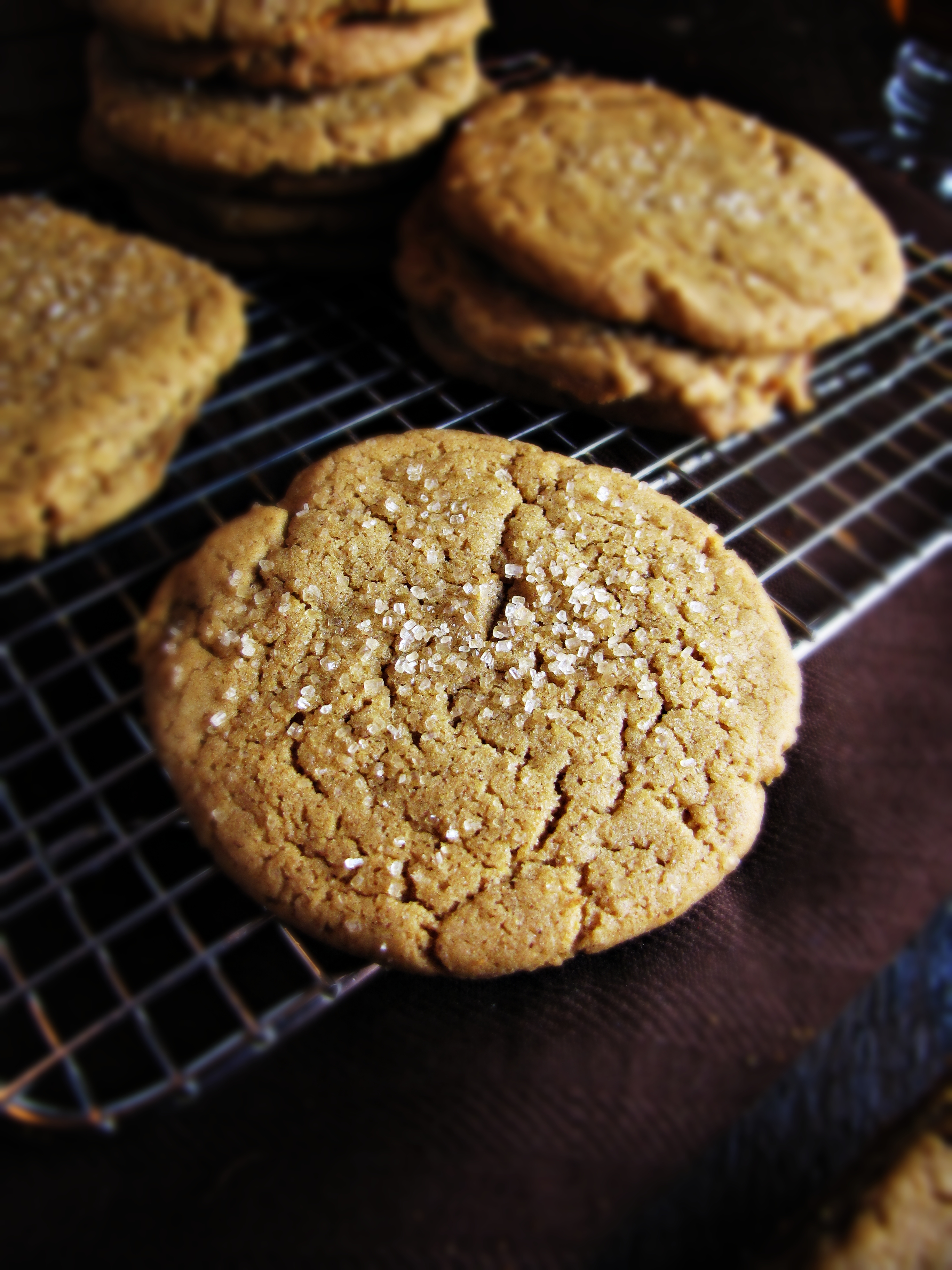