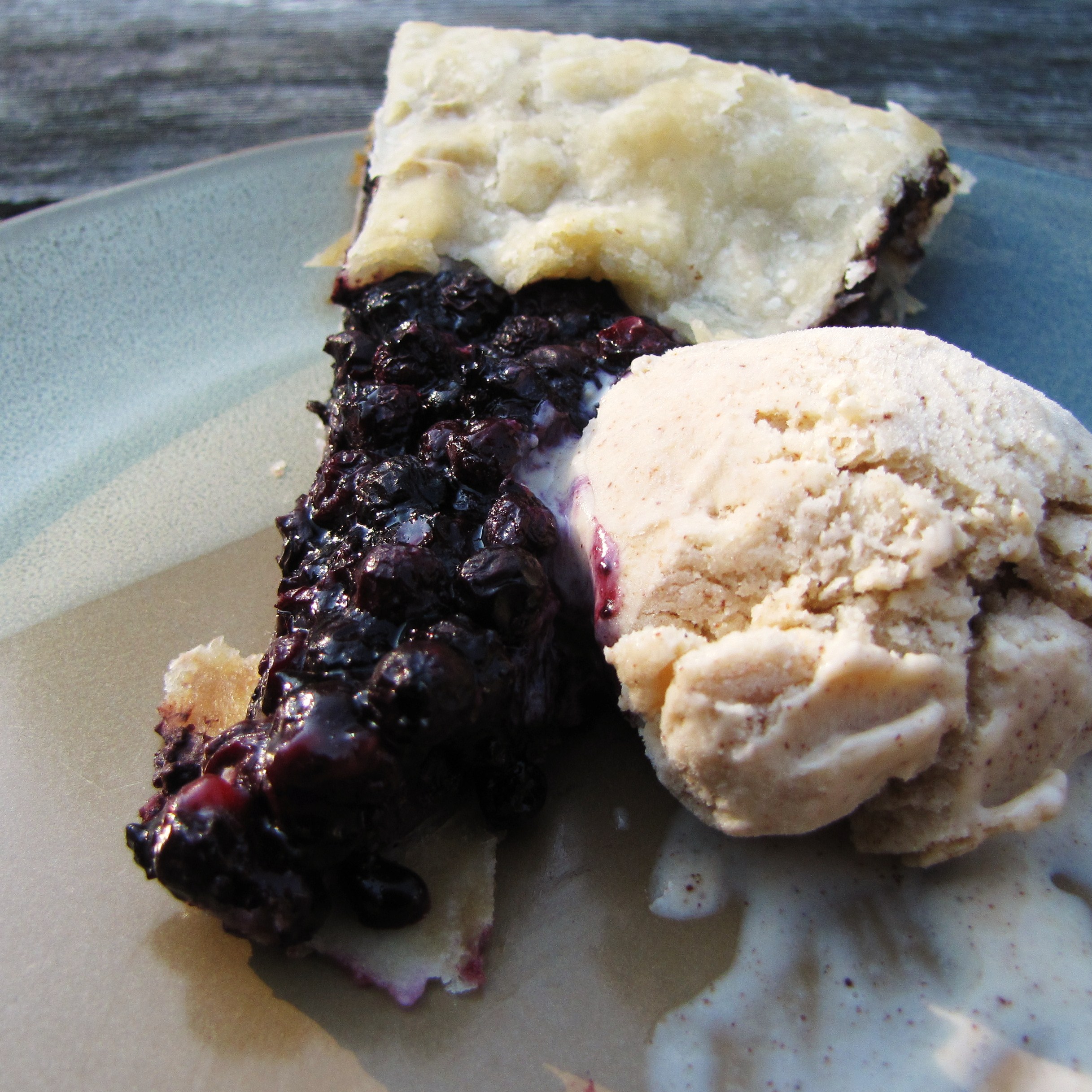 The other night I was talking to my best friend on the phone, when I mentioned something I’d been working on for this blog.  “You blog?”  she asked.  “Oh, is it that food one?”  Audible sigh.  So I informed her that since I’d been working on this blog for 8 months, she needed to look at it, even though it was about something as unappealing/un-intellectually stimulating as food.  I sent her the link, and proceeded to listen to her laugh maniacally.  “Is this real?  This is hysterical.  You really write this stuff?  I have to send this to my other friends who are weird about food.” 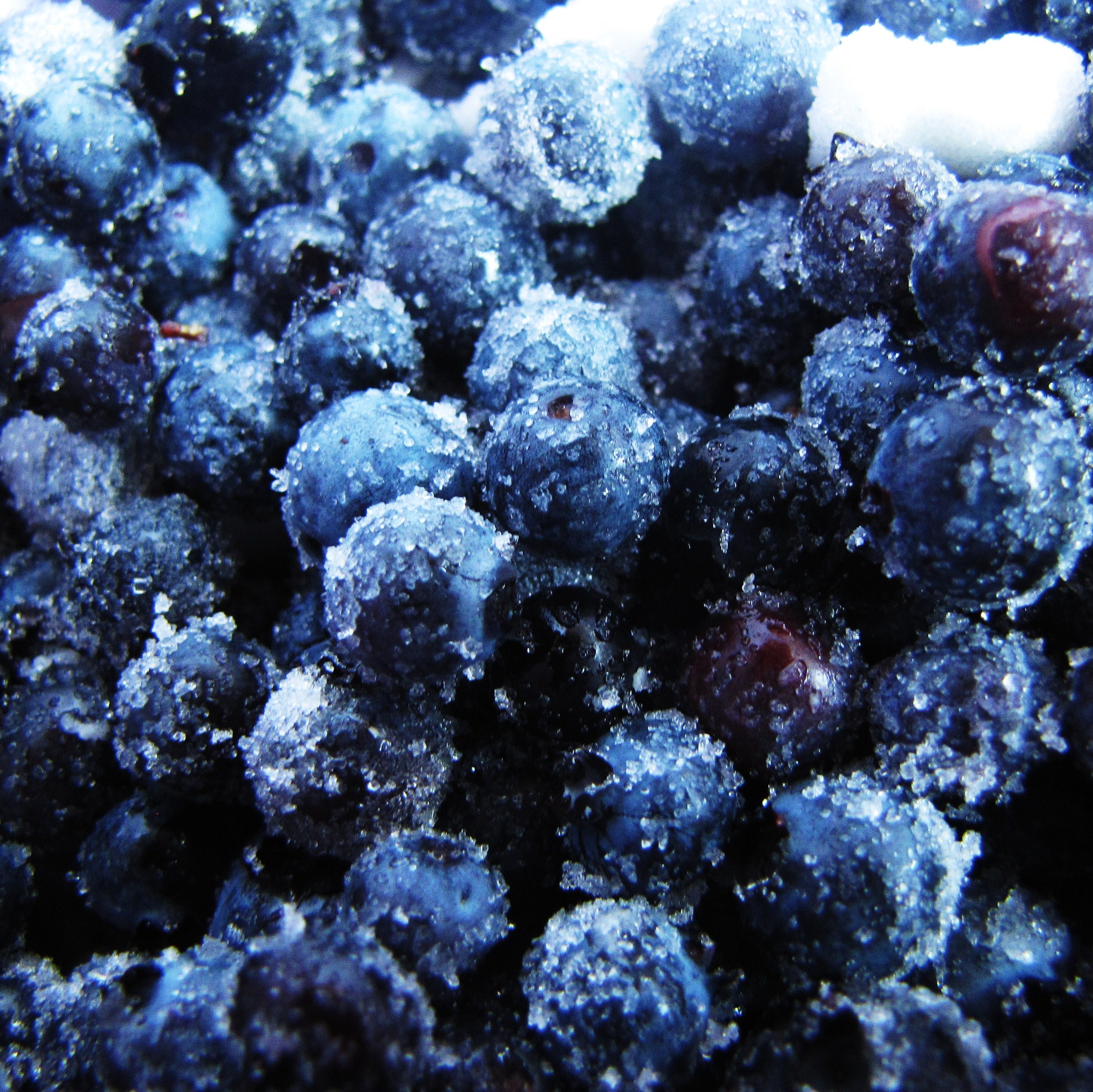 Now, many people would construe this sort of response as hurtful and un-supportive.  But I find it both highly entertaining and priceless, mainly because it perfectly demonstrates the fact that Steph and I are complete opposites.  She gets paid to blog about feminism; I don’t get paid to blog about domesticity.  She eats mainly lettuce and is infamous for only wanting half of something scrumptious; I eat mainly everything and am known for eating my own portion as well as the half Steph didn’t want.  She is in firm control of all her emotions; I generally like to savor and prolong emotional extremes.  When we prioritize the importance of gaining money, prestige, family, love, and friendship in our lives, our lists come out as mirror images – both have friendship in the middle.  Oh, and the boys we like could not be more different.  Except for the time I was secretly dating Andrew.  Which was now.

And yet, we find all the same things extremely hilarious – Mr. Godine used to call us “chuckles” and “giggles” because that was our main form of communication, although it’s still unclear who was who in that scenario.  We like and dislike the same people, and despite being completely different, we understand each other.  Also I hang out with her because I like her dad.  (He once brought me a cookie at school when Steph told him I was having a bad day and since then I have been his most devoted fan.  It’s startlingly easy to win my love.  On the other hand, someone once ate my cookie on a date at Starbucks and I still haven’t really forgiven them, so just proceed with caution on the cookie front.) 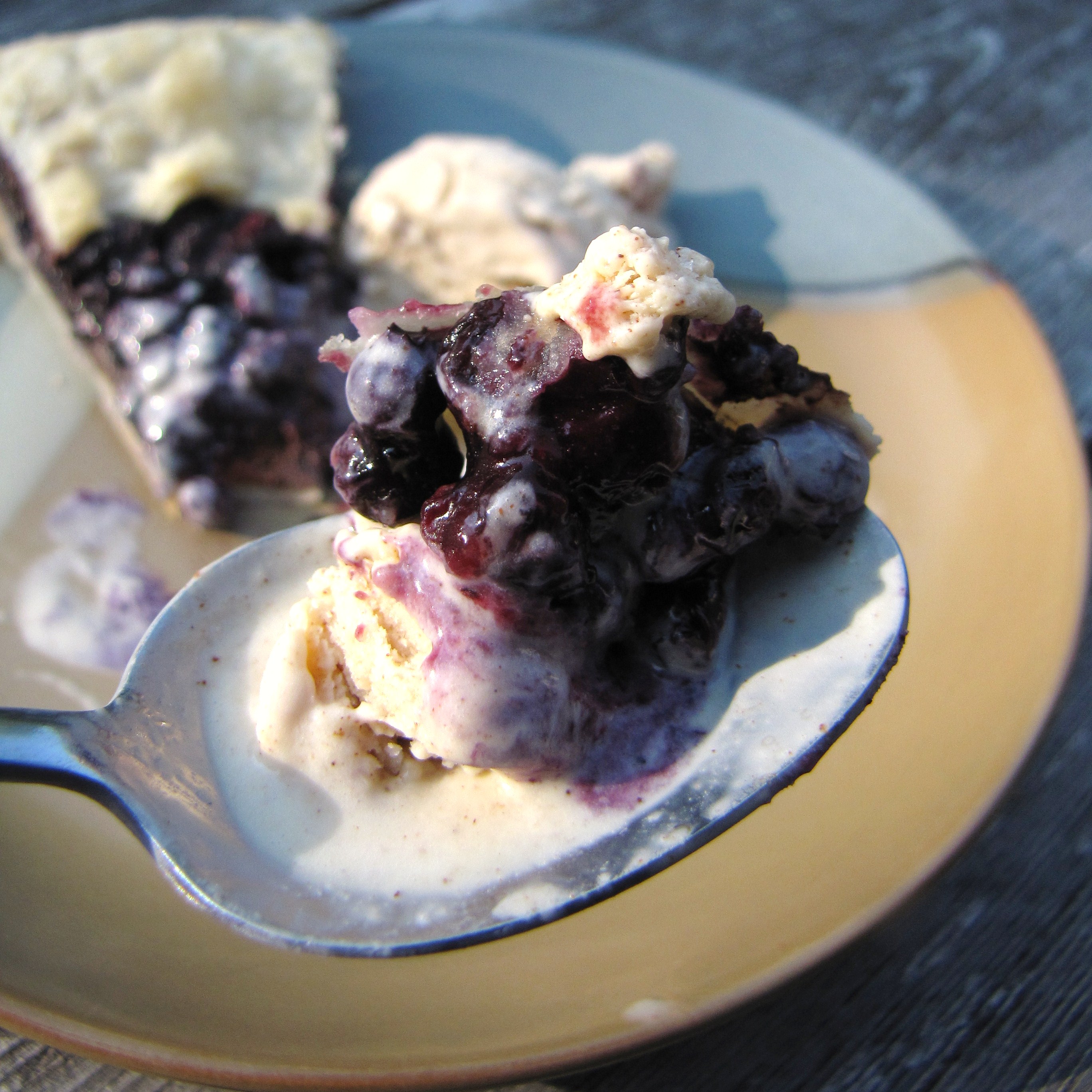 So in honor of Steph gracing this blog with her presence, I’m making something that she would definitely refuse to eat more than 2 spoonfuls of – a blueberry and dark chocolate galette with homemade cinnamon ice cream.  Also she would almost certainly end up with some if it in her hair, because that is something that frequently happens to her when eating.  I think her hair has special attractive chemical properties.  It can sometimes be a fun game to not tell her that she has cake in her hair and let her continue telling a story while the cake bobs wildly back and forth next to her face.  Just kidding, Steph, I would never do that.  I would also like to take this opportunity to mention that I think you’re incredibly smart and talented and I think you will probably get a great job. 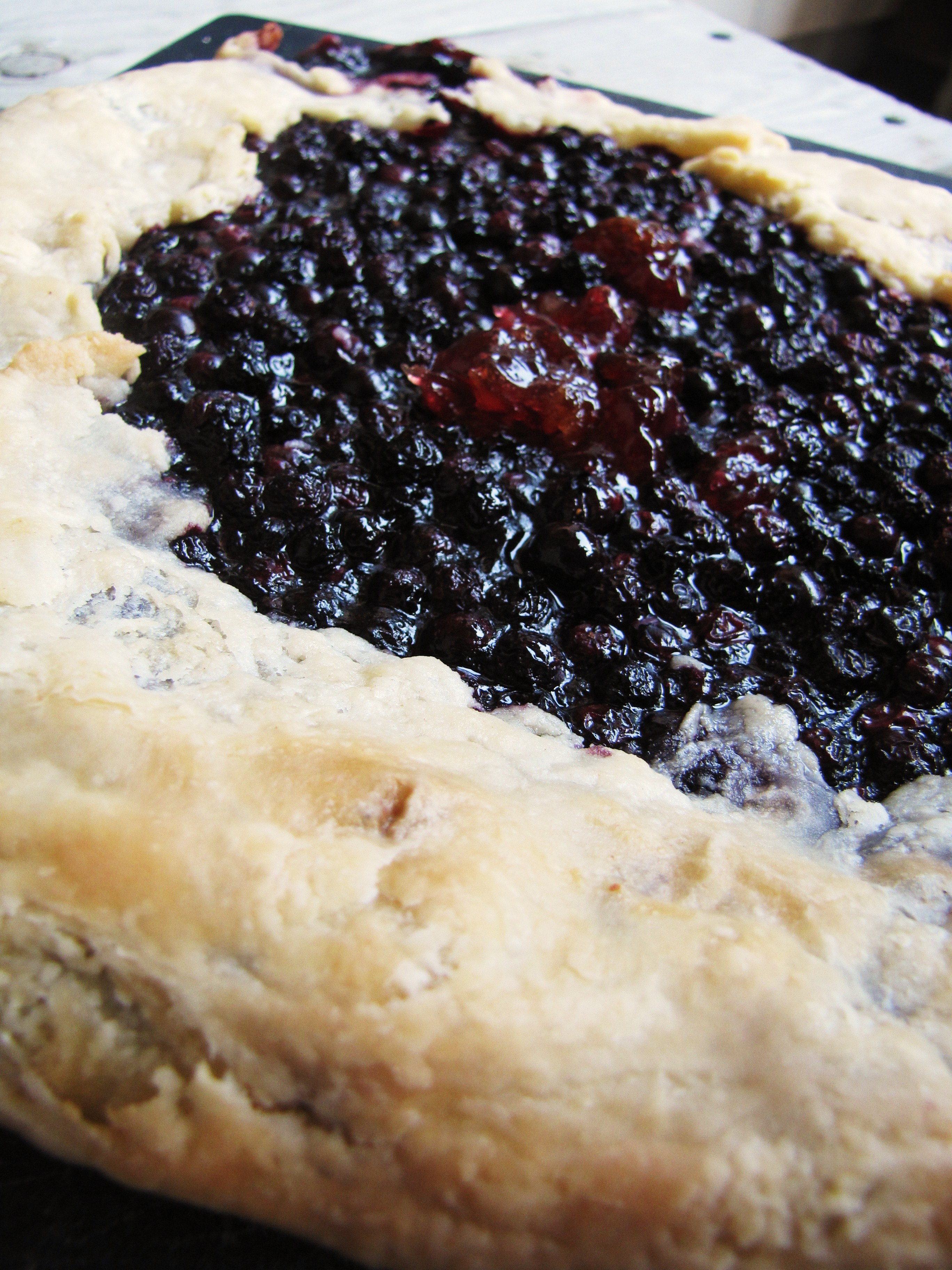 The galette is my entry to this month’s Have the Cake baking challenge, and it’s using up the last of the wild Maine blueberries.  The dark chocolate is included because it’s good for emotional people, such as myself.  The ice cream is because I’ve been drooling over all of the homemade ice cream recipes that have been going up all over the web since May, (seriously, you guys are the worst), and have been saving my pennies in an empty cocoa tub hoping to one day purchase an ice cream maker.  Actually, that’s a lie, Trevor and I used those pennies to buy chili cheese fries at the drive-in on the Fourth, but I like the idea of saving my pennies for an ice cream maker, so maybe I’ll start.  Anyway, now I am living with my parents and their ice cream maker, so I can whip up frozen custards to my heart’s delight and rub them in non-ice-cream-machine-owner’s faces for another two weeks until I rejoin their sad ranks.

Or so I thought.  But then my much anticipated use of the cuisinart automatic ice cream machine turned out to be a complete failure on the cuisinart’s part, so I resorted to sticking my melty custard in the freezer and stirring it once an hour.  And shockingly enough, it came out incredible.  Actually both the galette and the ice cream came out incredible.  The ice cream was sophisticated and subtle, the dark chocolate-blueberry combo was complex and not too sweet, and all together it was really good.  Not to brag.  But it was really good.  I think even Steph may have indulged in this one.  Let me know what you think if you give either recipe a try! 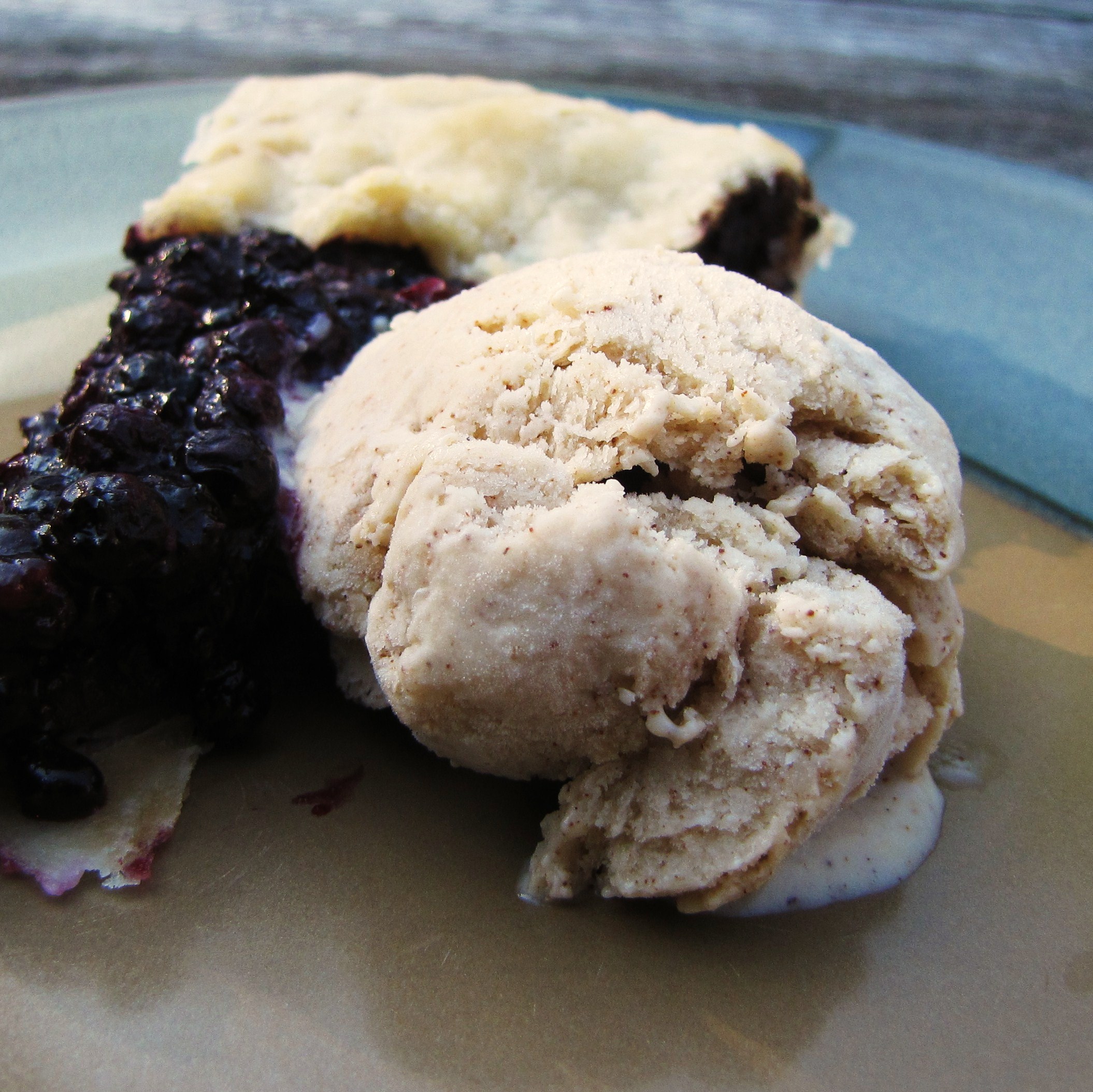 Adapted slightly from Regan Daley’s In the Sweet Kitchen