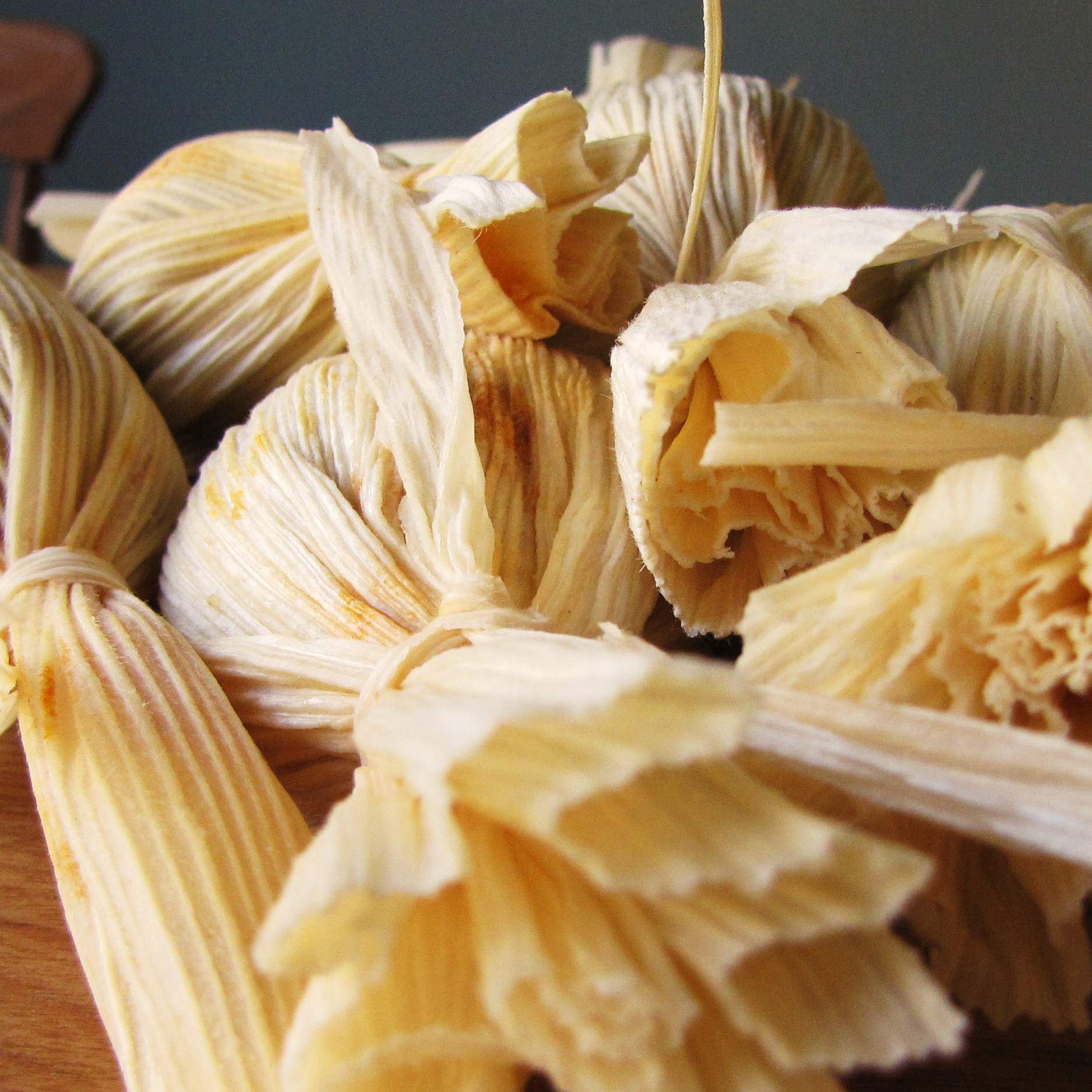 My internet persona has been so M.I.A.  It’s just that I got distracted by real life things like moving to a new apartment and hunting down my missing research advisor and learning to live in the same 1000 sq. ft. as my not-so-long-anymore distance boyfriend.  There’s been a lot going on, but it’s been a good time.  The pictures I printed three months ago are actually on the walls now.  A working vacuum cleaner is once again within my grasp.  My herbs are thriving on their new porch.  Almost thriving.  Not dead.  We survived a night camping at an incredibly beautiful beach.  And we had a little party last night. 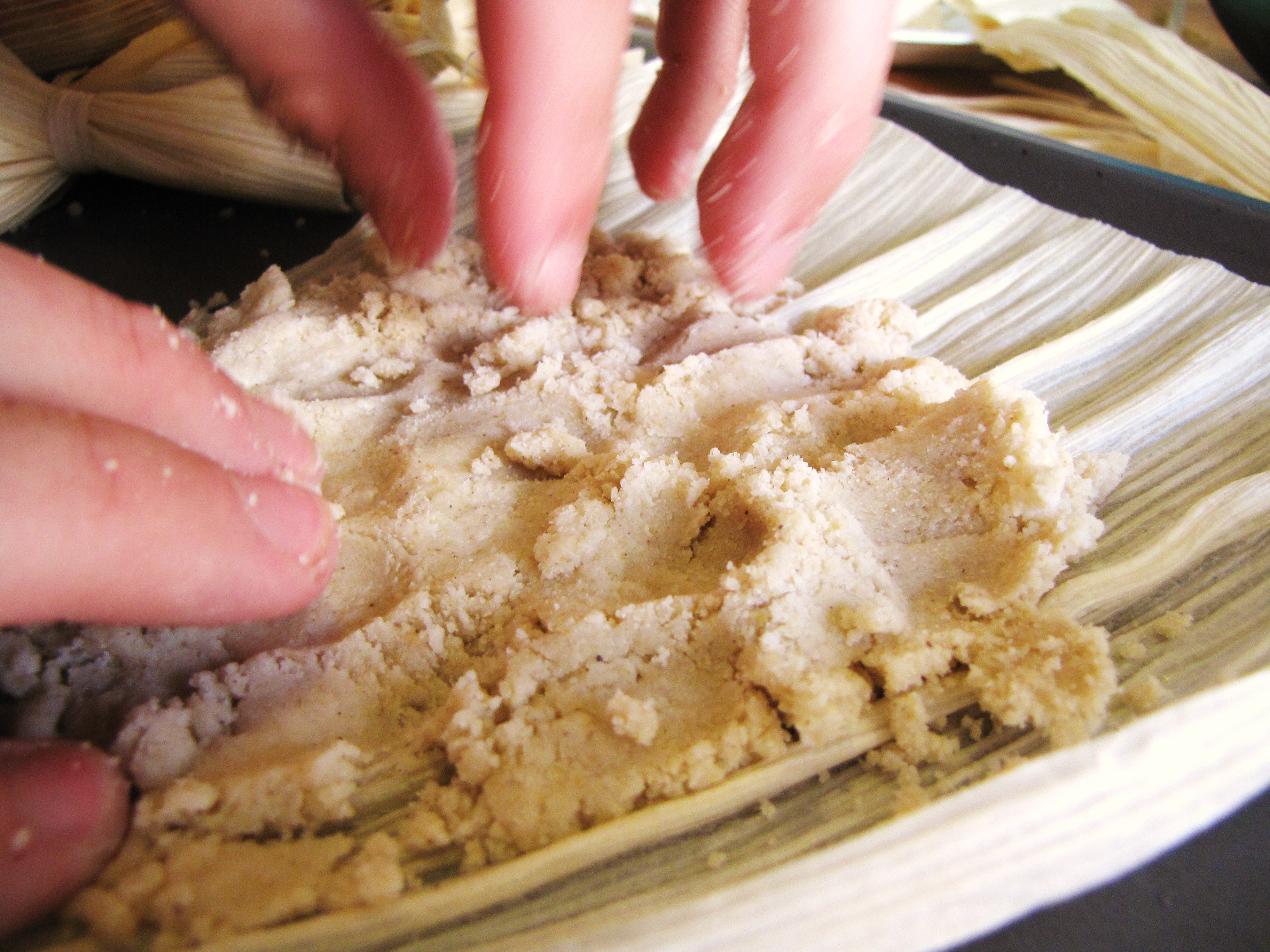 Parties are just the best, aren’t they?  You get to eat and drink and laugh with people that you like.  What more could you want?  And this party, this party involved a new food, a food that’s been on our list for a long time: tamales.

Mmm, tamales.  Although they were indeed served hot, I would like to clarify that they were not hot tamales.  Why are they called that anyway?  I really don’t see any resemblance between a small, red, cinnamon flavored candy and a large, steamed corn husk full of masa and chili sauce and exceedingly tender beef.  Someone in the candy industry goofed.  And now there are probably many poor lost souls who don’t know what a real tamale is.  Which is tragic, because they are really good.

However, they are a serious time commitment.  The beef needs to stew for 3 hours.  The chili sauce takes 45 minutes.  The corn husks need to soak for half an hour.  You have to assemble each tamale by hand.  And then they need to steam for an hour.  So not something you can really throw together at the last minute.  But I’m not telling you this to scare you away!  On the contrary, they’re very easy.  And they’re very social.  So if you feel like inviting some friends over and drinking sangria and tequila and having everyone play with their food, you should really go for it.  Just make sure you have many snacks to sustain the diligent tamale makers. 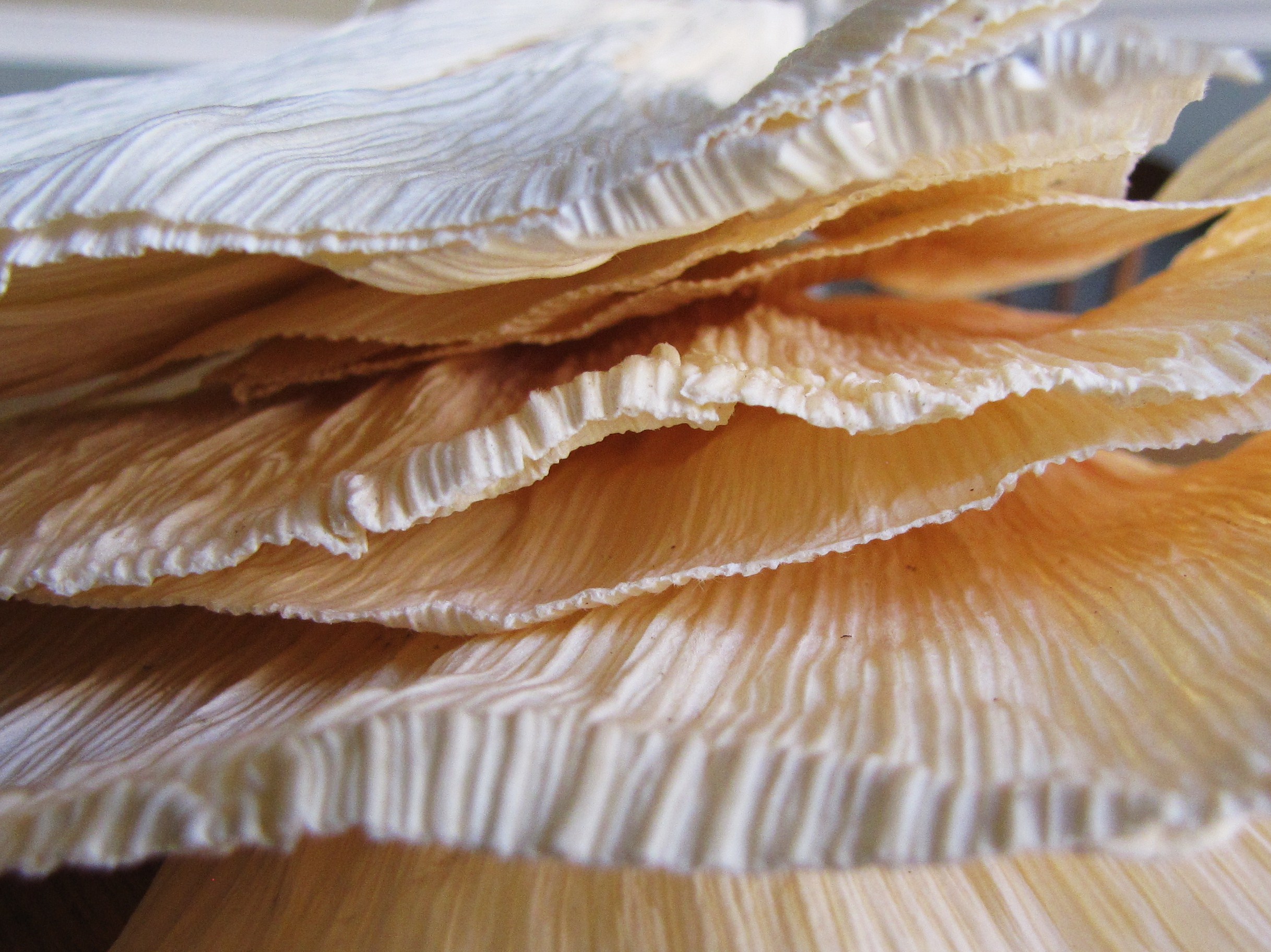 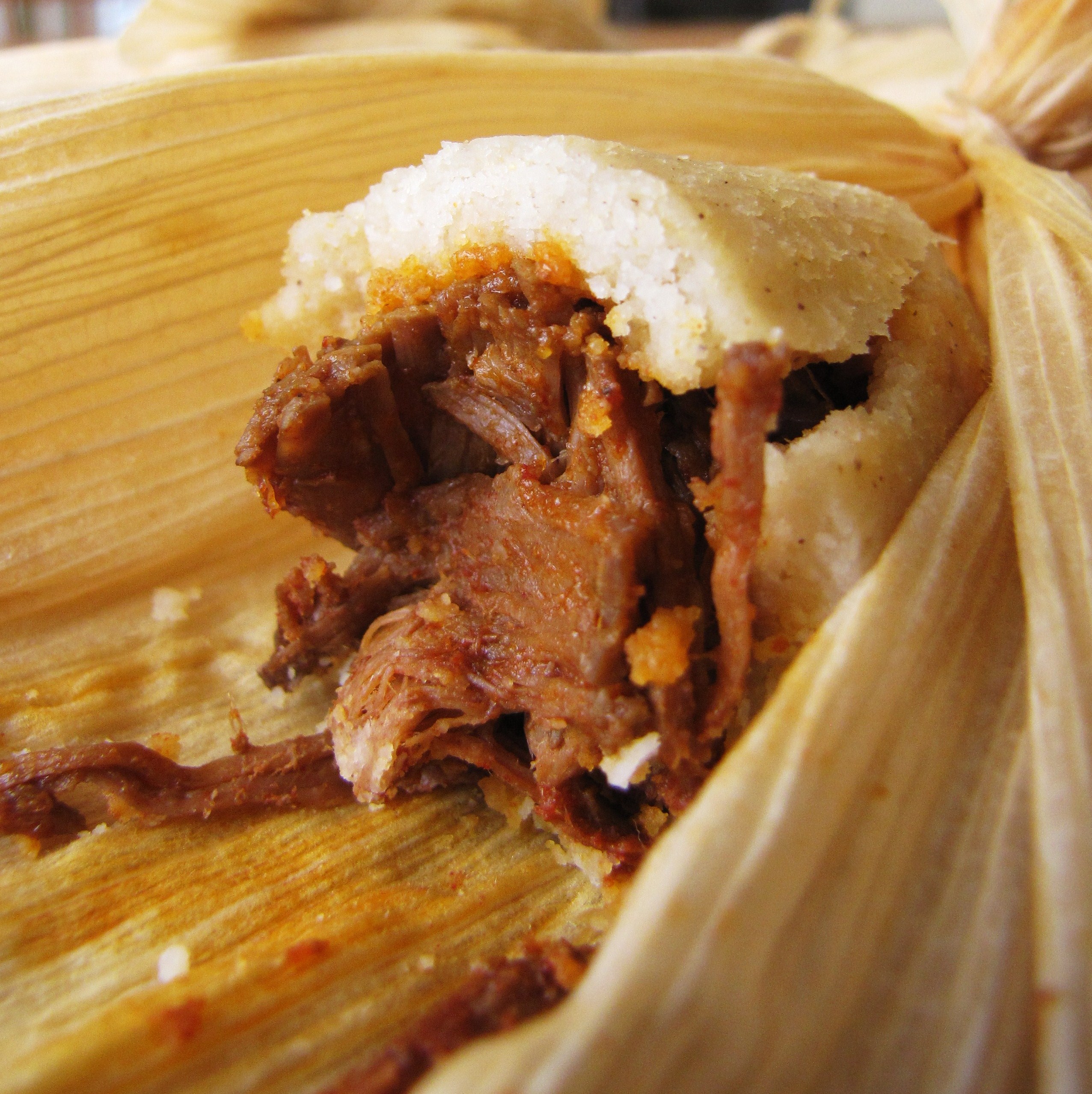 This is a positive thing.

For the chili sauce:

Note:  The original recipe instructs you to add only one ladle-ful of chili water to the blender.  However, I added all of the chili water because I wanted to get all of the cumin seeds and as much flavor as possible into the sauce.  This led to a very thin sauce, so I returned it to the pan and boiled for another 10 minutes until the consistency was as desired.  Trevor thought the sauce needed an extra dimension so I added molasses and it worked perfectly.