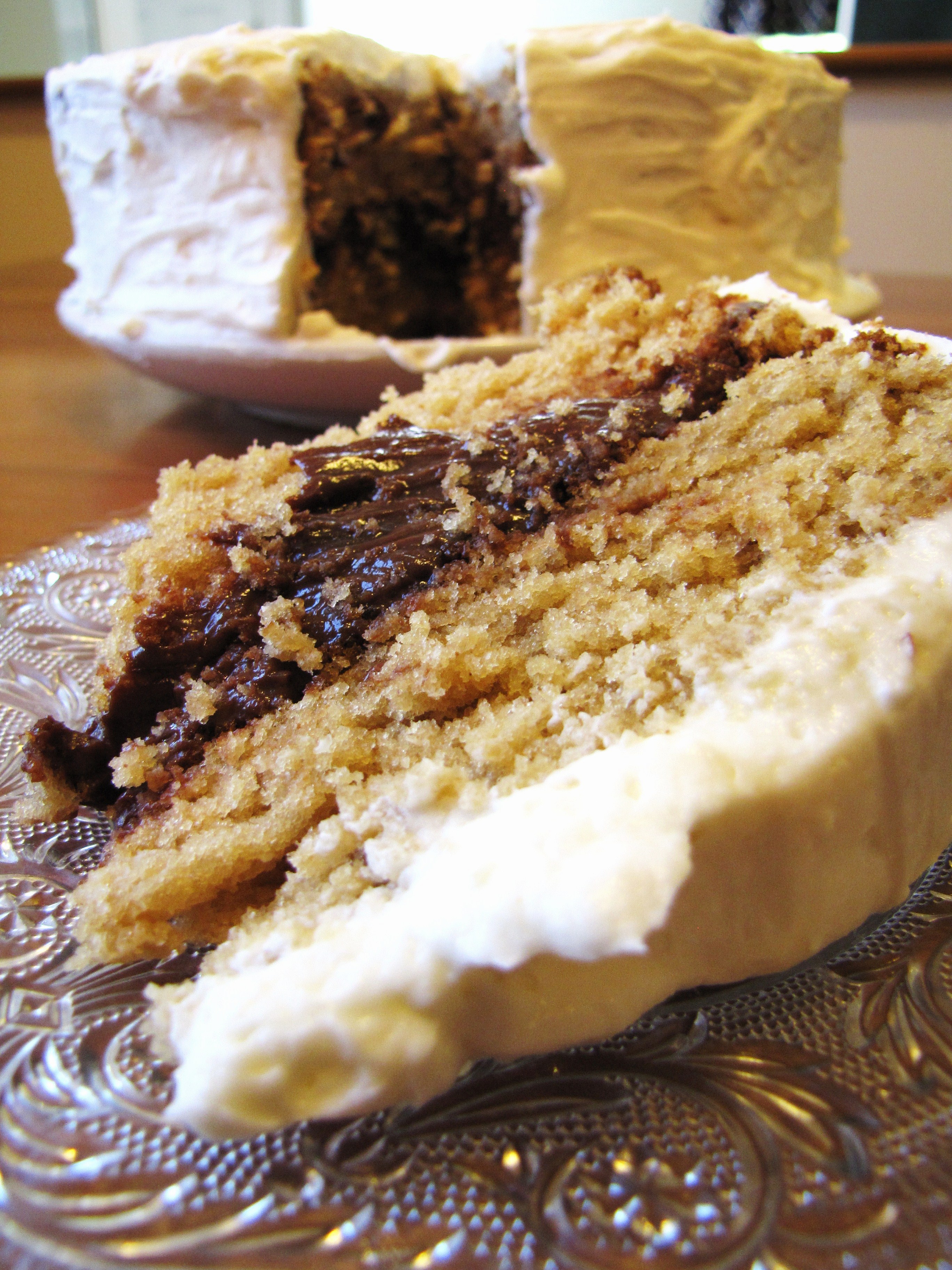 Wednesday, May 12, 2010, is not today.  It was yesterday, and it was Trevor’s 21st birthday.  However, due to the annoying college tradition of final exams, said birthday had to be ceremonially transferred to tonight, when, if all goes according to plan, it will be celebrated to the nth degree.  You see, not only is Trevor very awesome and worthy of celebrating, I also feel that my birthday was not celebrated to the appropriate extent, mainly because I was sober throughout the entire 24 hours of April 18, 2010.  Fairly to extremely unacceptable.  And so, I am doing a bit of birthday pilfering.  Selfish, perhaps, but excusable, IMO, and approved by the true birthday child.  (Side note: it is not actually possible to celebrate my birthday enough – it should be at least a month long event, preferably two.  This fact can be readily confirmed by my mother.)

In light of all this joyous aging, I am, duh, baking a cake.  The cake came into hypothetical being 10 days ago while skyping, when I casually said, “maybe I’ll bake a cake for your birthday,” and Trevor’s eyes got very wide.  “Peanut butter cake?”  I ventured, to which there was some enthusiastic nodding and even more eye widening.  I would like to make it clear at this point that Trevor actually does communicate verbally at a very high intelligence level, but has been characterized as a mute but very excited 7 year old boy for the sake of my writing style.  Thank you Trevor, you’re very patient and I would like to publicly admit that you’re better at scrabble than me. 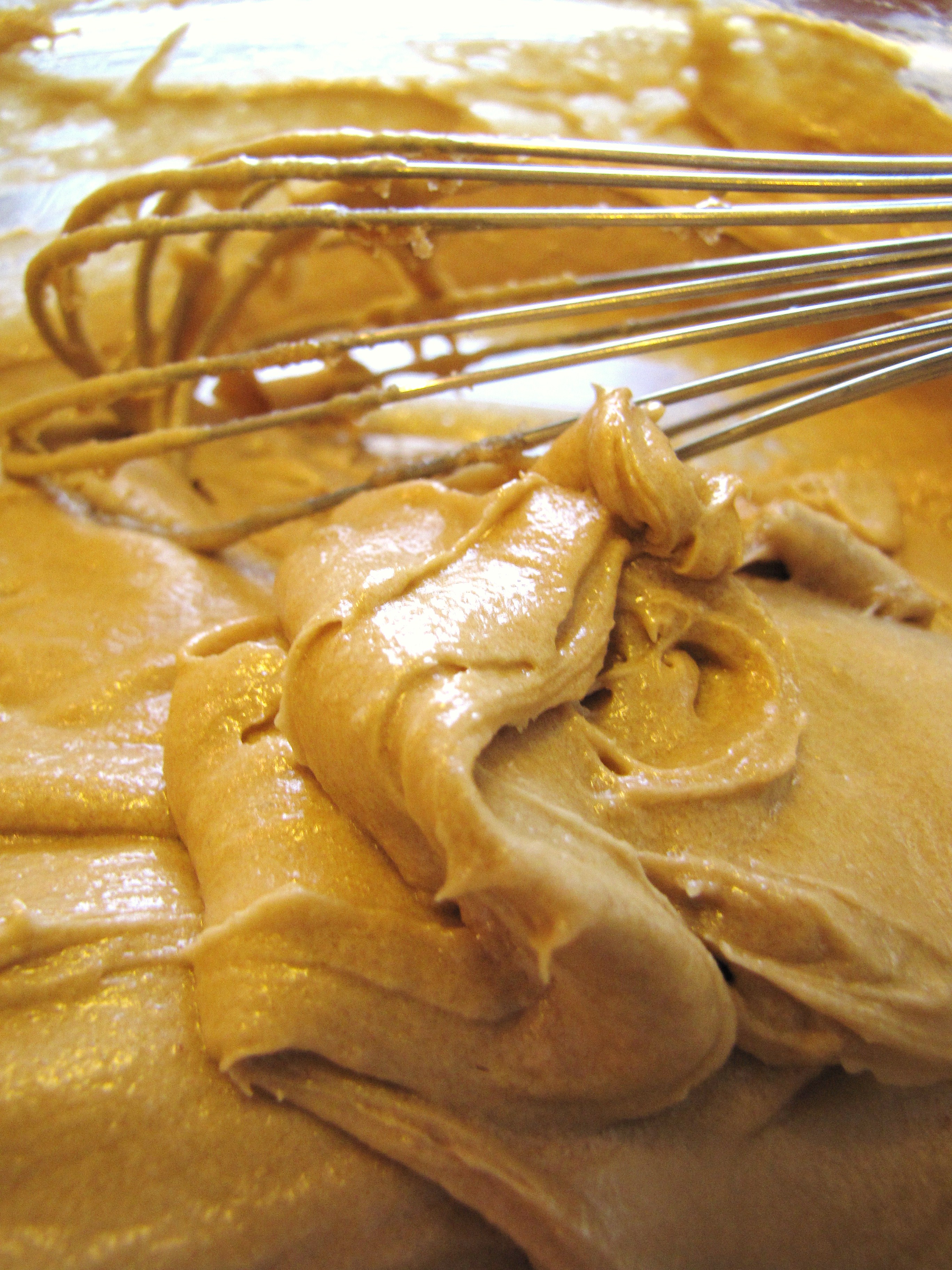 Anyhow, the result of this baking frenzy were ten cupcakes that were all different.  Meaning that I had to eat a portion of each cupcake to see which one would be the chosen one.  And then eat another bite of each to make sure.  Et cetera, et cetera, et cetera.  They disappeared in chunks the same way brownies do when I make the mistake of leaving the knife in the pan instead of pre-cutting them.  (This happens every time I make brownies; it is not a mistake.) 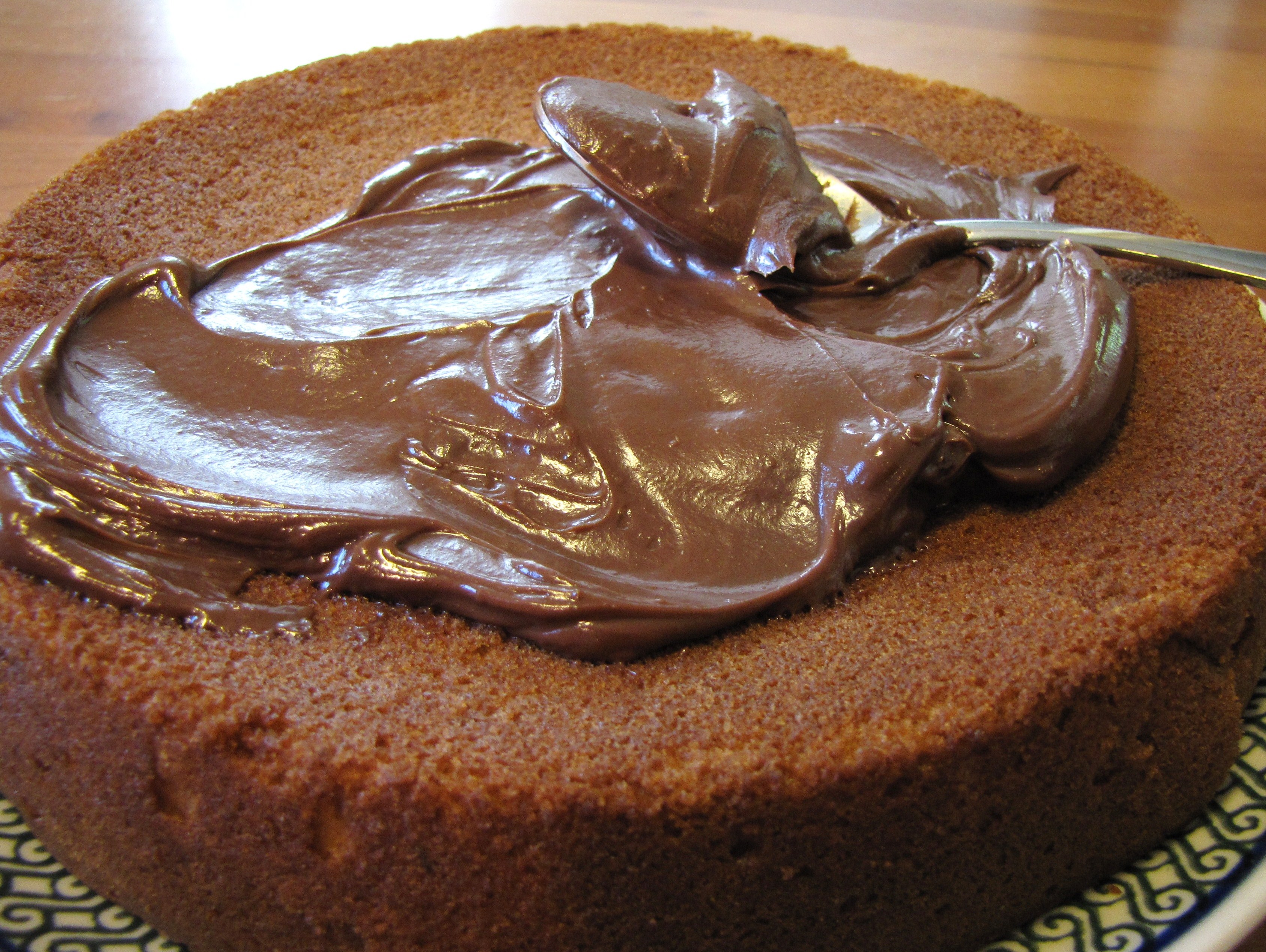 And they were all good!  Life is so difficult with me sometimes.  Really, it is.  The chocolate was super moist, got better a day later, and had that slight tang that devil’s food cake has.  I don’t even like chocolate cake and I loved it.  The peanut-butter was drier, but it tasted just like a really good peanut butter cookie in the form of a cake, which was really my initial goal.  Trevor’s a sucker for peanut-butter – favorite ice cream, favorite cookie, favorite meal, favorite color, etc. – and so I knew it had to be in the cake.  I briefly toyed with a marbled cake but the flavors didn’t stand out from one another in the cupcake, or a layer of each, but the textures were to different for it to be coherent.  At this point, Trevor is probably so tired of hearing about all the possible forms this cake might take that he doesn’t want it anymore.  I’m not very good at surprises.

Anyway, I made the peanut butter cake.  I agonized a little bit over the frosting too, but I won’t go into it.  In the end I followed the original recipe fairly closely, reducing the filling amount and adjusting the flour and buttermilk amounts as suggested by the majority reviewer voice on epicurious.  The only concerns I have left are how it will taste after 21 beers, and where I can hide it from the myriad of drunk frisbee players that will be roaming the streets of Medford tonight.  Now you may be wondering, “isn’t it a waste to spend more than a week thinking about baking and then actually baking a cake that will most likely be consumed in handfuls during a drunken midnight kitchen raid?”  No, not really.  That’s kind of the point of turning 21 anyway.

So, happy birthday boyfriend!  (And me, because I would like to remind everyone again that it is almost always the right time to celebrate your own birth.  End of selfish.)  I hope you have a wonderful night, and year, and I love you.  Tu es mon étincelle.