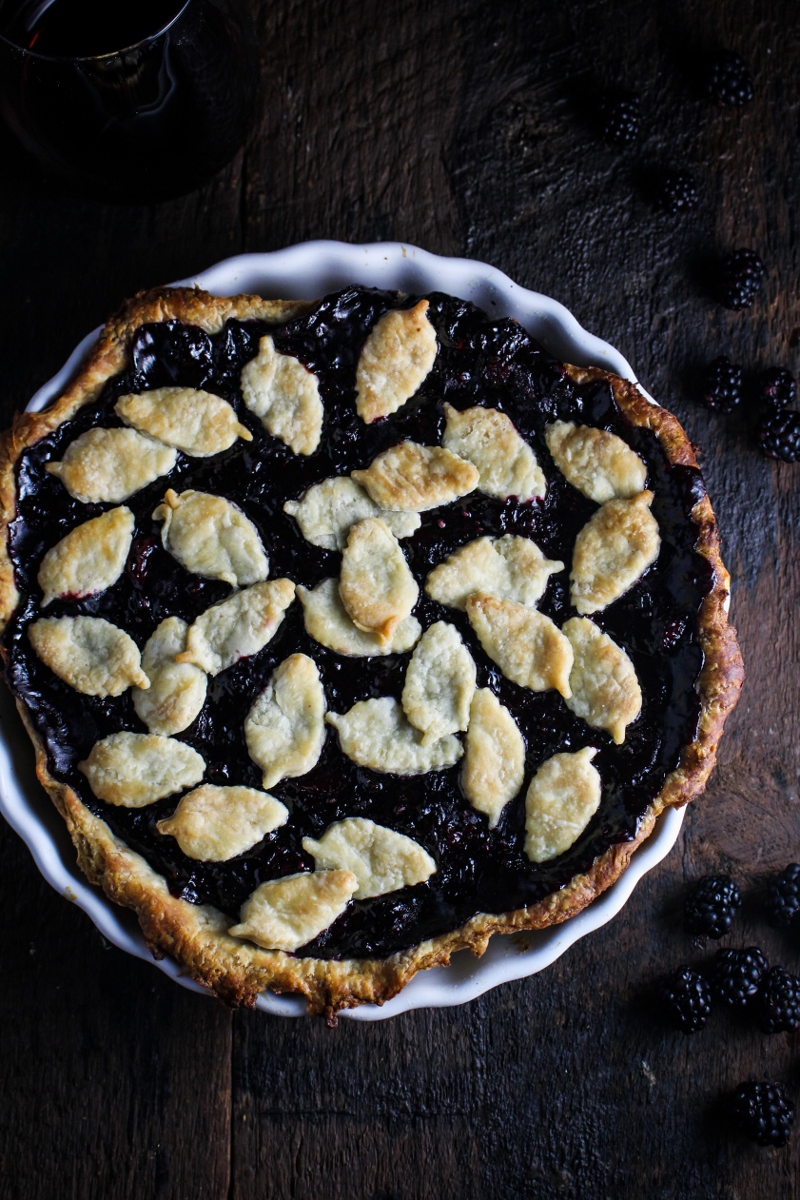 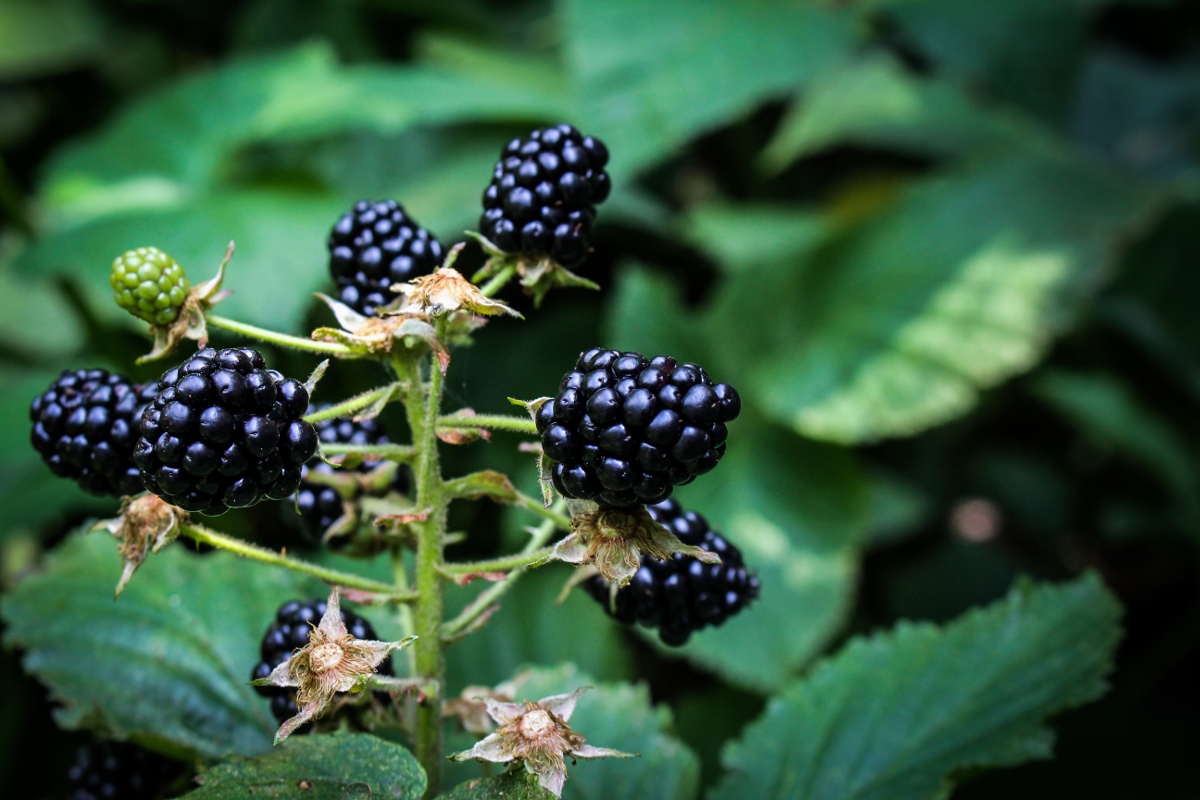 Picking blackberries is not for the impatient or easily deterred. Our blackberry patch has grown into a monstrous tangle of canes, 10 foot stalks that shoot up then topple to the ground in early summer, heavy with juicy black fruit. This year in particular, the berries are gorgeous – fat and sweet from just the right combination of rain and sun. The berries on the edges of the patch are easy to get to – as long as you refrain from grabbing the canes you can pick plenty of berries scratch-free. But the berries that beckon from the center of the patch are too numerous to waste, so we go after them despite the maze of thorns between us and them. As we cut paths into the center of the bramble and carefully weave our way in, our focus increases, and I find myself thinking only two things. Get the berries. Don’t touch the thorns. At the peak of the season, it can take the two of us over an hour to fully pick the patch, but there’s something I love about the concentration and straightforwardness of the task, moving slowly and precisely through the canes. And the reward – buckets of delicious berries – is always worth the inevitable scrapes and mosquito bites. 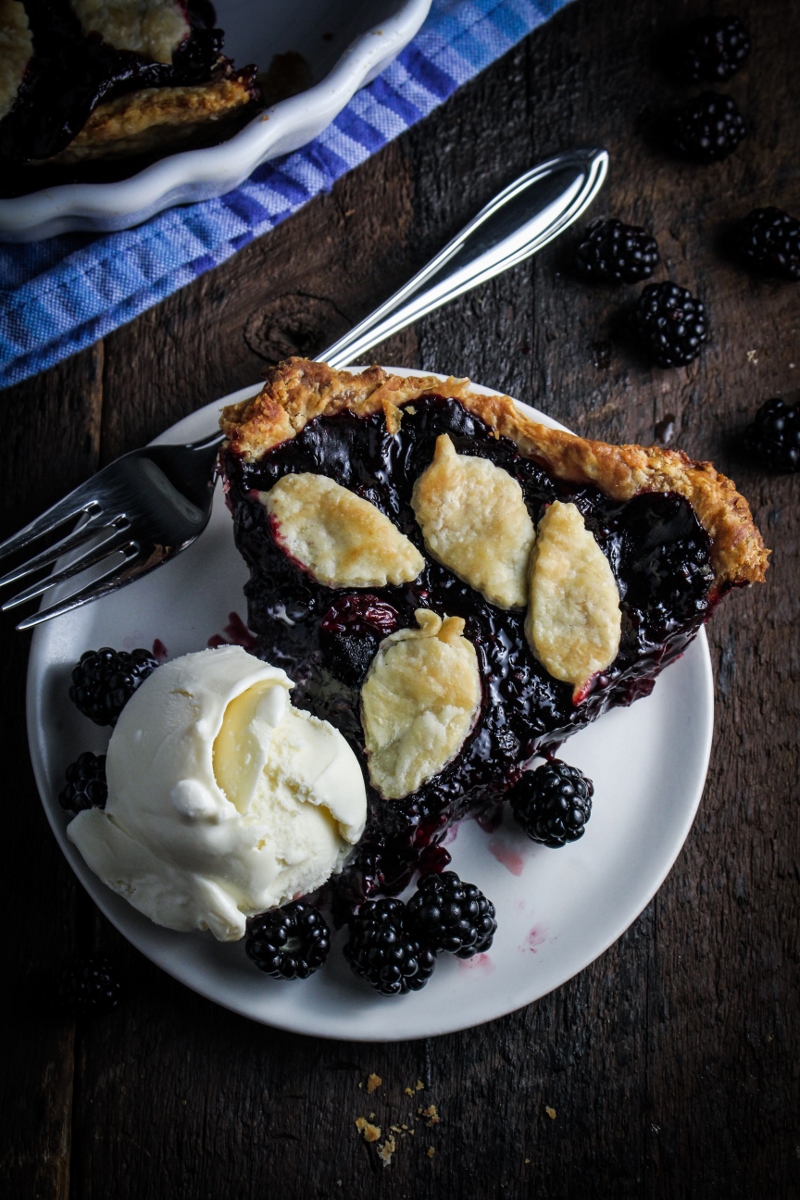 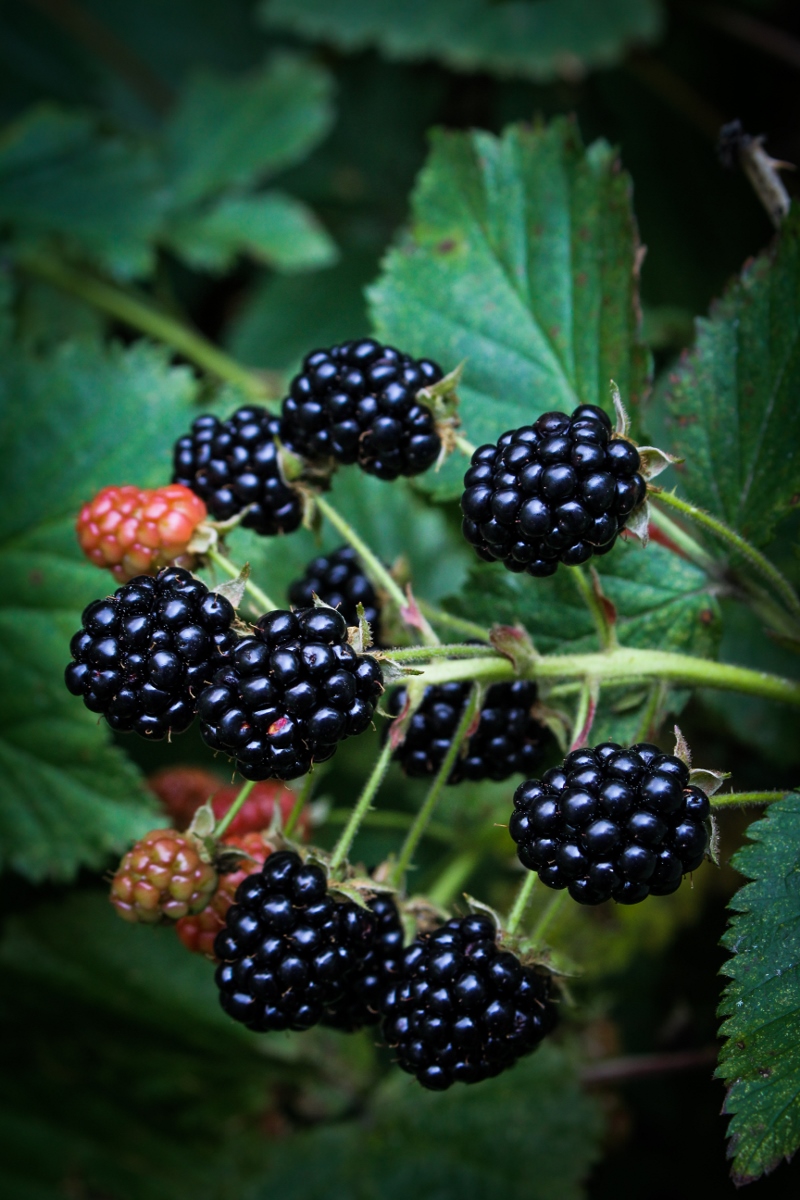 Our patch is generous: so far this year we’ve picked 11 pounds of fruit, and I have a feeling we’ll have a last, small batch to pick tomorrow. Like cherries, my favorite way to consume blackberries is fresh, preferably just-picked, when they’re still firm and warm from the sun. But when you have 11 pounds of berries, there’s plenty of room to experiment with recipes and still be able to eat your fill of fresh fruit. This summer I’ve made blackberry clafoutis, blackberry crumble, and a big batch of blackberry jam, all of which were good, but my favorite by a mile was this pie, an intense mix of blackberries, wild Maine blueberries, cherries, and maple syrup. 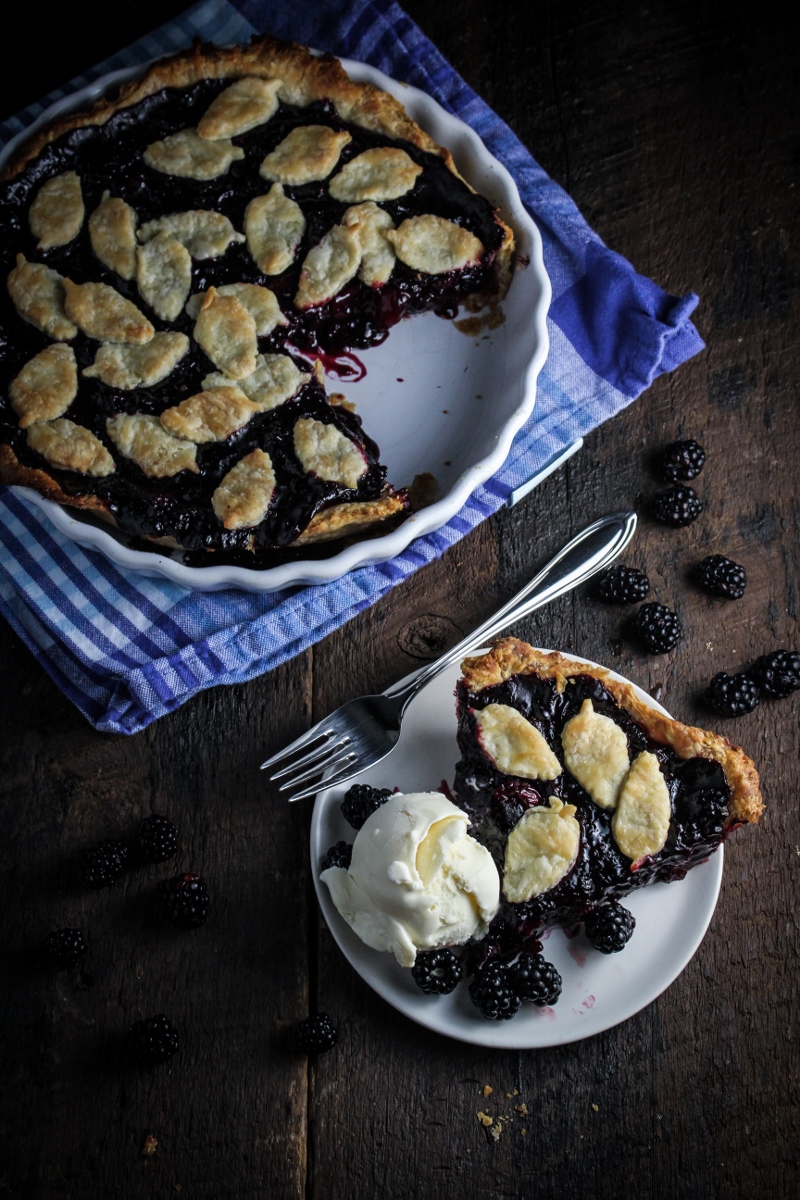 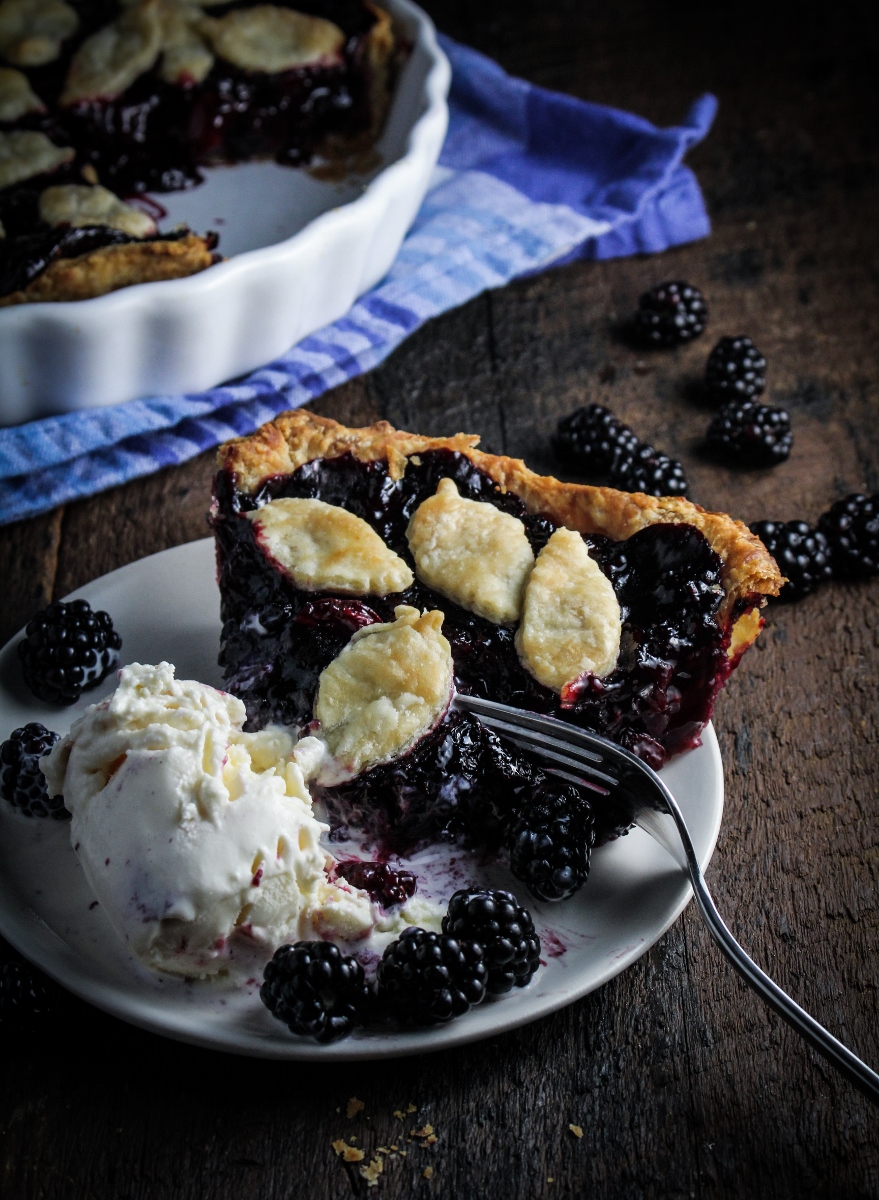 I love pie – in my book, it’s far superior to cake – and I have a particular weakness for berry pies. Juicy and summery, the berries break down to completely fill the space between the crusts, with no gaps like apple pies tend to have. And because I like berry pie so much, I have high standards for it, so I thought long and hard about exactly how to achieve the pie I was envisioning. I started with blackberry-maple, but thought the blackberries needed extra dimension, so cherries and blueberries got added to the mix. The ratio of cornstarch to fruit is just enough to have the pie hold it’s shape, but not so much that it loses its juiciness. And the crust utilizes a little extra butter and my new favorite pastry method, frozen butter grating, for extra flakiness. To top it all off (quite literally), I used a cute little leaf cookie cutter to decorate the top and make it all foresty and picturesque. Basically, I love this pie. I love it so much that I ate five slices in three days, bookending my Monday and Tuesday with pie: a slice with my morning latte, and a slice after dinner with ice cream. It’s probably good that there’s only a short window during which we get enough berries to make pie. Otherwise, I would be doing a lot more running. 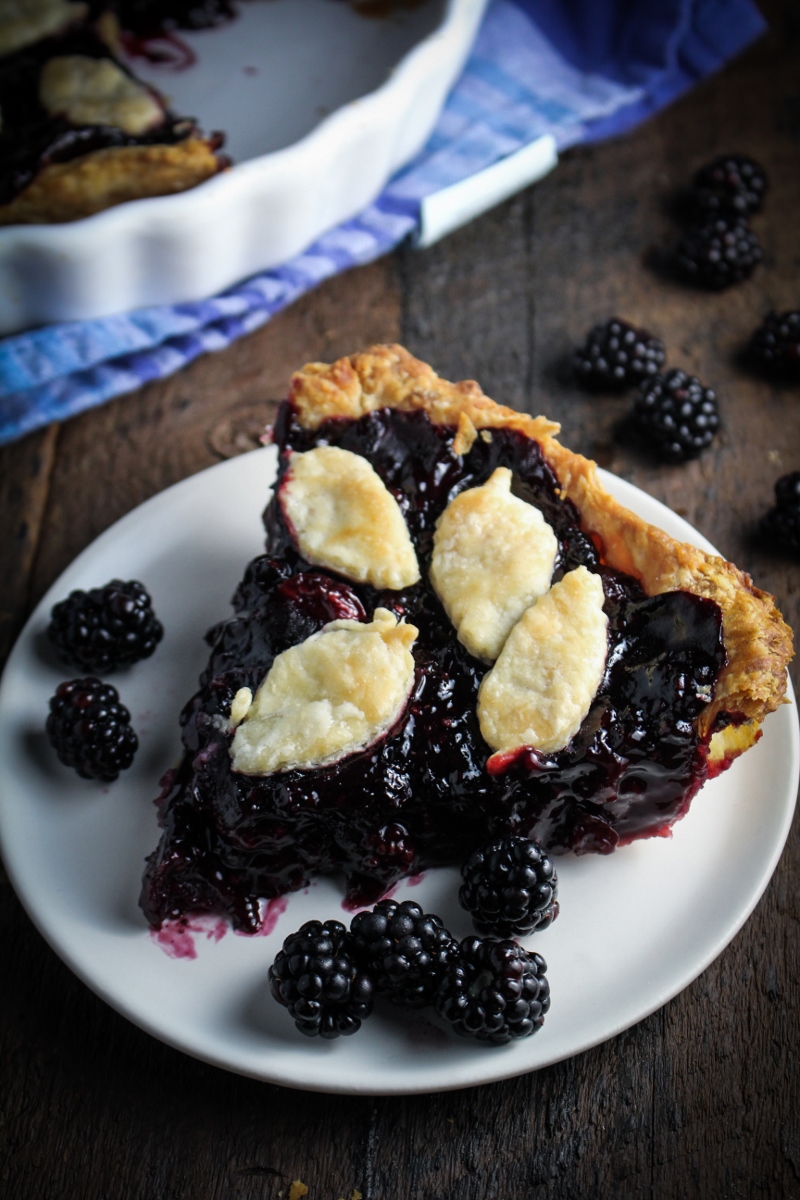