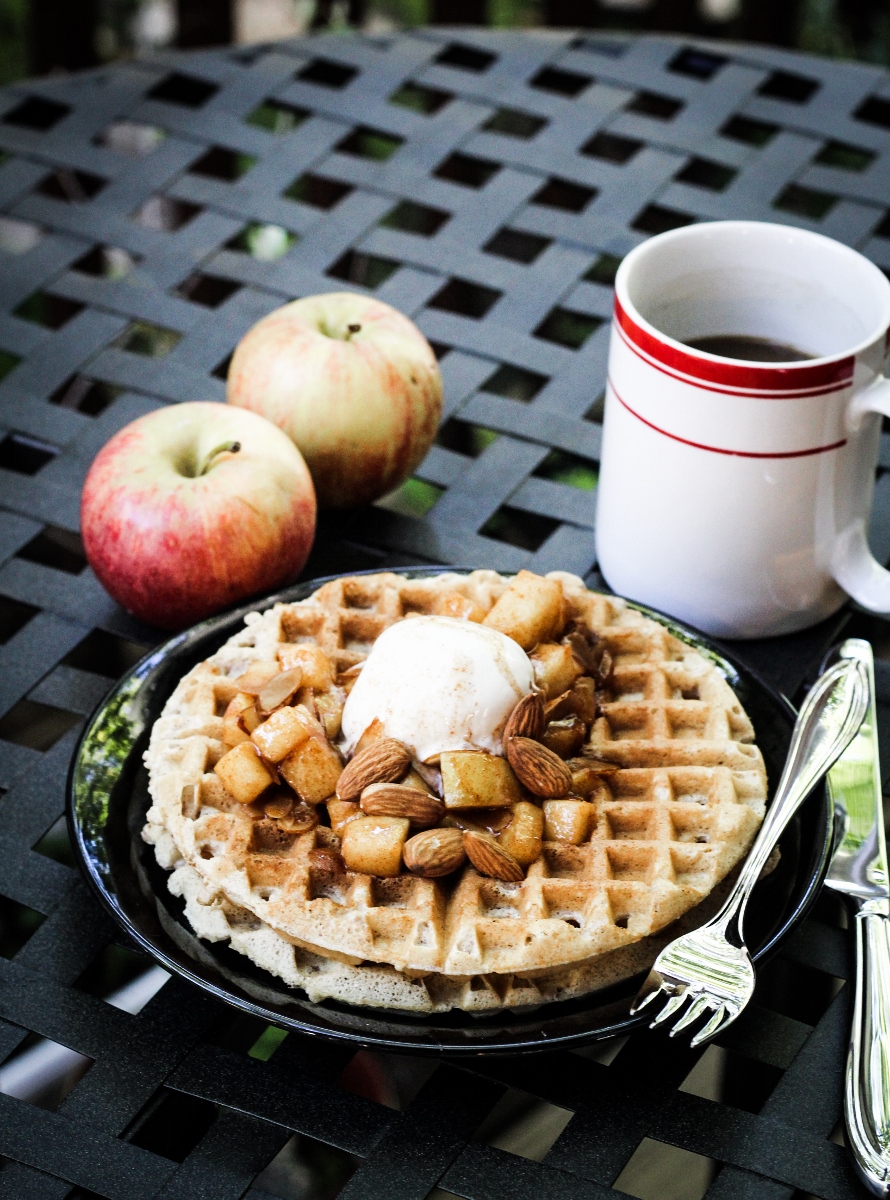 Giveaway is now closed. Congrats to Rachel Wang on winning!

September is “Better Breakfast Month,” and although it seems that somehow the month is almost over, I think celebrating breakfast is something worth doing. When the California Almond Board asked if I’d like to help them celebrate, I said yes – I love breakfast, and I think it’s important to make time to eat a filling and healthy meal first thing in the morning. So they sent me some almonds and almond butter (and they’ll do the same for one of you, see the giveaway details at the end of this post!), and I whipped up some almondy waffles to keep me full and happy. 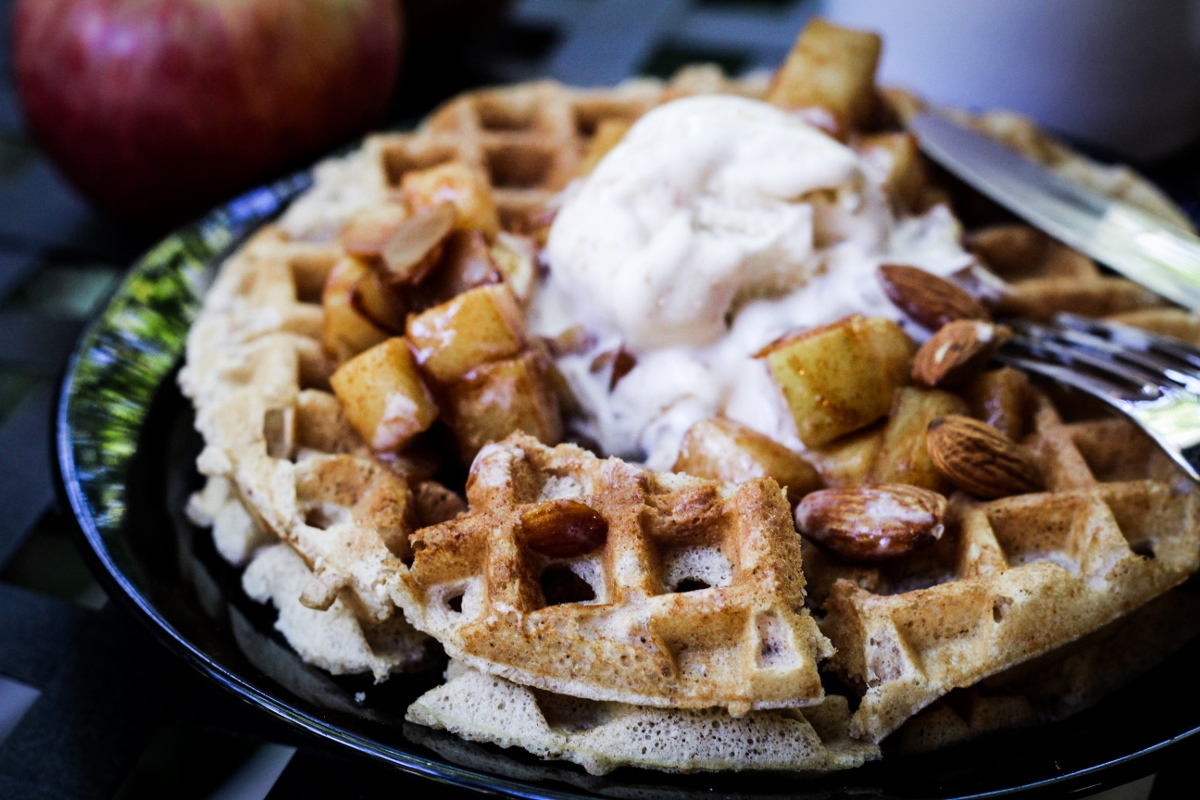 Weekend breakfasts are a time when I can find myself over-indulging. I just love breakfast foods – eggs and bacon, fruit smoothies, waffles, french toast, cheesy grits, bagel sandwiches, stuffed crepes, leftover apple pie (does that count as a breakfast food?) – and sometimes it can be tempting to eat a little bit of everything. I decided to make one of my favorite indulgent breakfasts, waffles and maple syrup, a little bit healthier by replacing half of the flour with ground almonds, and swapping out the maple syrup for some lightly sweetened stewed apples (disregard the ice cream in the photo, that didn’t make anyone any healthier… but oh man was it good). The waffles turned out great – airy and slightly almondy with crispy edges. They were a little drier than my usual recipe, but I felt good about the extra protein and fiber I was getting from a meal that is typically an excuse to gorge on empty calories. And the flavor of the cinnamon, almonds, and apples were so autumnal – the perfect thing to eat on your porch on a sunny Saturday morning. 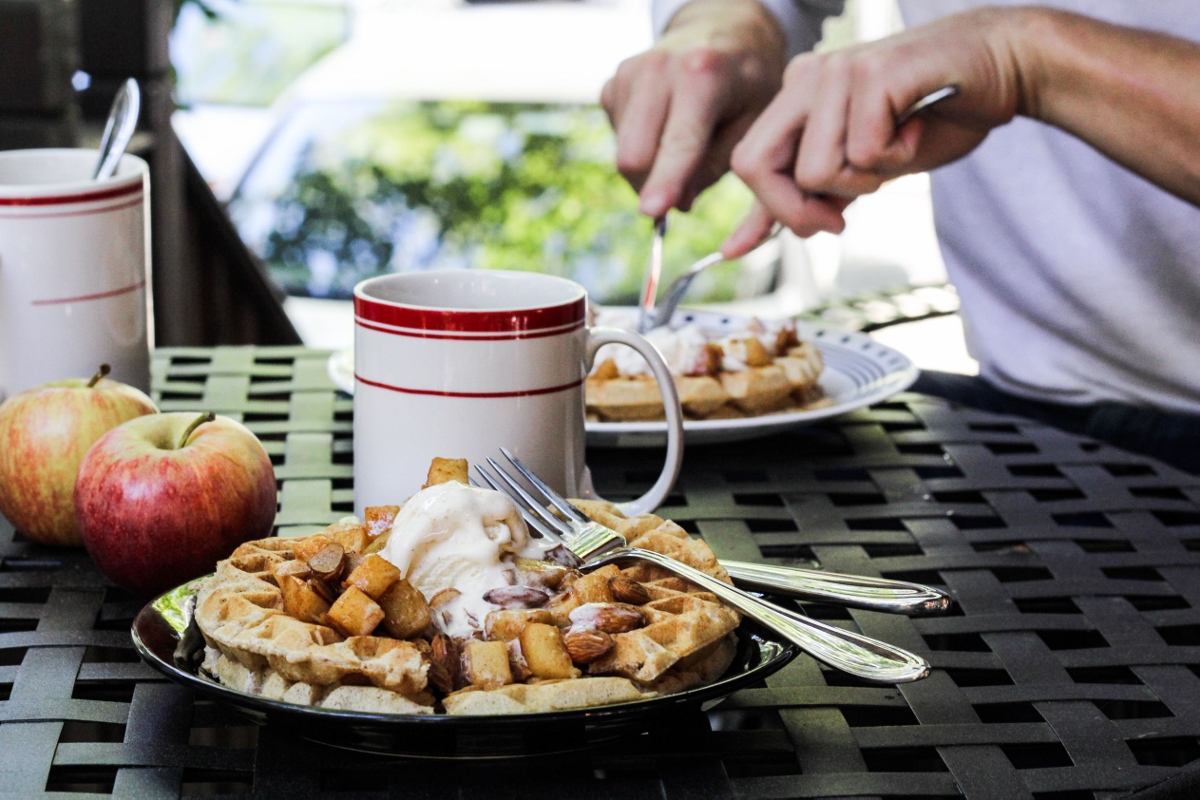 The Almond Board also shared some other ideas for quick and filling breakfasts. Some of them I’d heard before, but some were brand new – and really good – ideas. Some of my favorites?

Disclaimer: California Almond Board sent me a Better Breakfast Starter Kit to create this recipe, and is the host of this giveaway. I was not otherwise compensated. 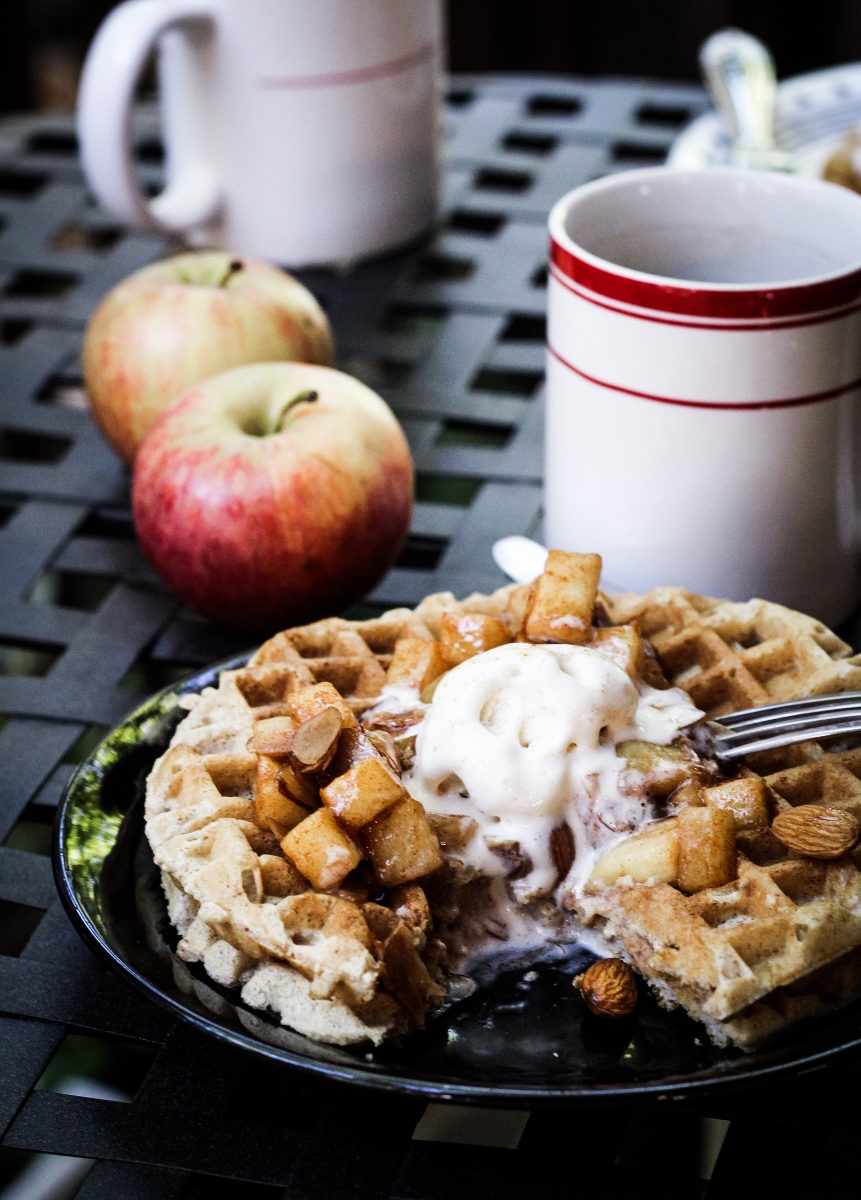