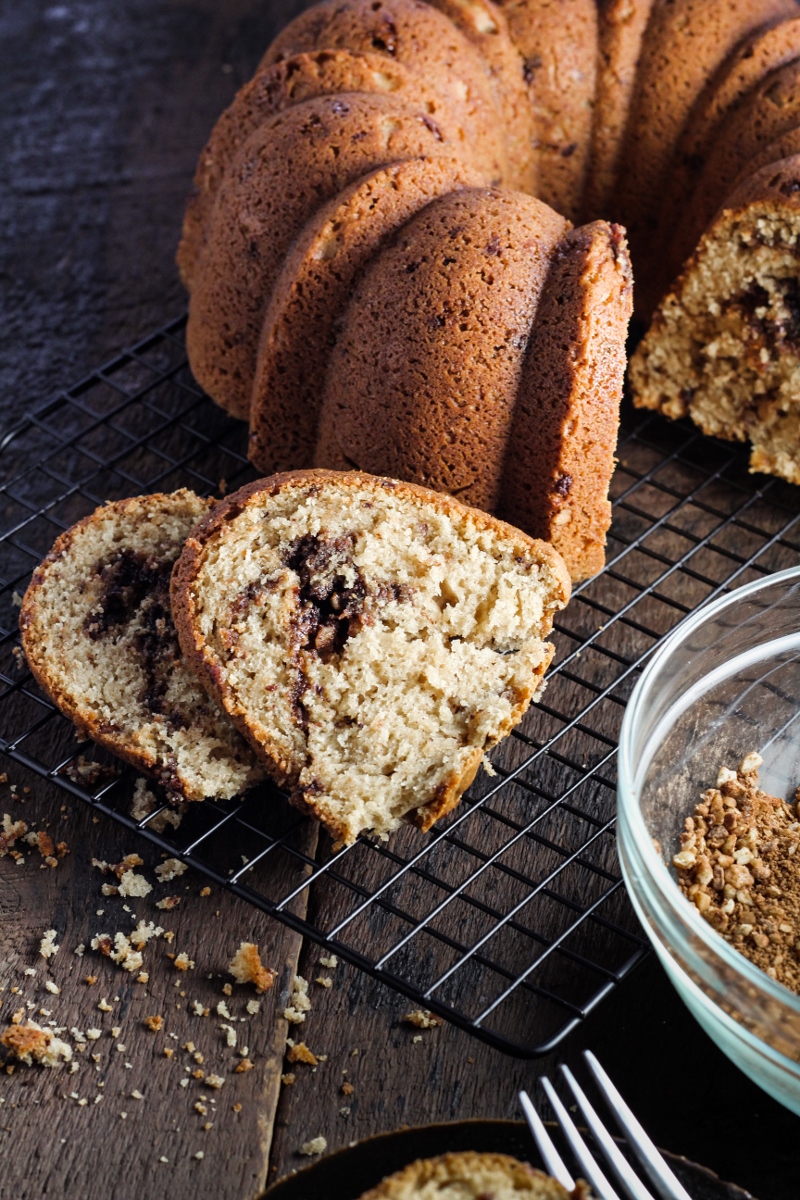 Sunday afternoon I had a sudden urge to bake. I didn’t have anything planned, and didn’t even have a particularly strong desire to eat baked goods, I just wanted to do the actual baking. The whole whisking, stirring, creaming, folding shebang. Maybe, more than anything, I was just craving ritual. We’re starting to look for an apartment for next year and although I know that there’s no reason to be stressed out about it so early in the process, it can be hard to control that sort of thing. Actually, to tell the truth, I feel stressed out about a lot of things – finding an apartment, finishing planning our upcoming trip, blogging frequently enough, planning my birthday party, getting everything done that I need to at work this week, finding time to exercise, making sure things are going in to the garden on time, and so on. All small things on their own, many of them really fun things on their own, but all together… it feels like a lot. I’m sure everyone has their own list like this and doesn’t need to hear about mine, but it makes me feel better just to write it down. Basically, I need to take a giant chill pill and just relax. 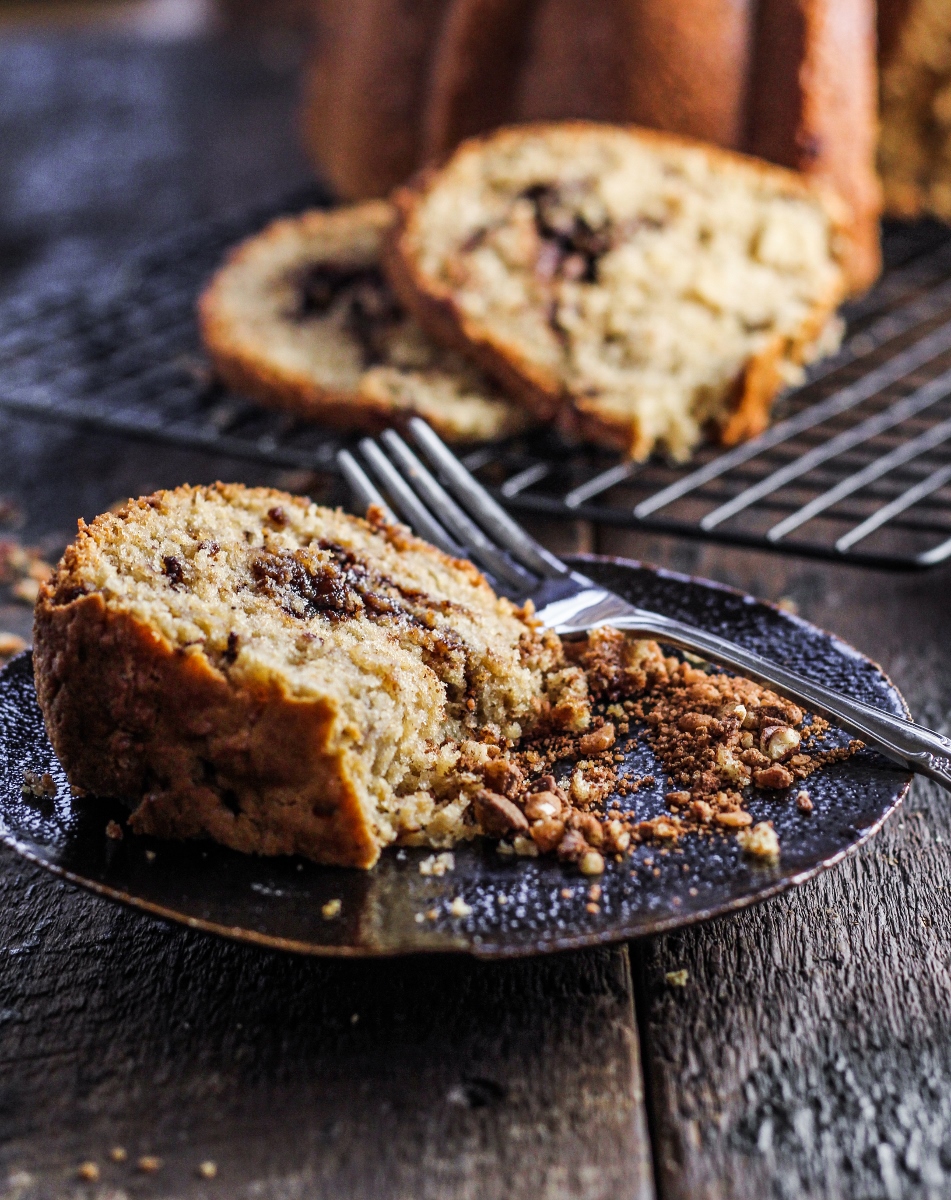 Baking is one version of a chill pill, at least for me. So I turned to my favorite baking cookbook, In The Sweet Kitchen, by Regan Daley – that woman always has something to fit the bill, and her recipes are pretty much foolproof. For whatever reason, I wanted to make something unnecessarily sweet – something with sugary, caramelly flavors in it. As I flipped through the book, I landed on the Pecan Toffee Coffee Cake, and I was sold, even though I knew it meant that I had to run to the store just for toffee bits and sour cream and more nutmeg. (Actually, I took a chance on the tiny Indian corner store down the block and was shocked to find all three things hidden in the shelves. That man’s store is like Mary Poppins’ handbag – I have never gone in there looking for something and left without it. Even obscure things, like power strips and sink strainers.) The flavors in the filling – espresso, cinnamon, nutmeg, pecans, and chocolate-covered toffee bits – are intense and  dark and rich. By the spoonful it would be overpowering, but folded into the center of soft, gently spiced cake, it’s amazing. I’m so glad I gave this a try. Now, the only trick will be to keep myself from stress eating the entire thing. 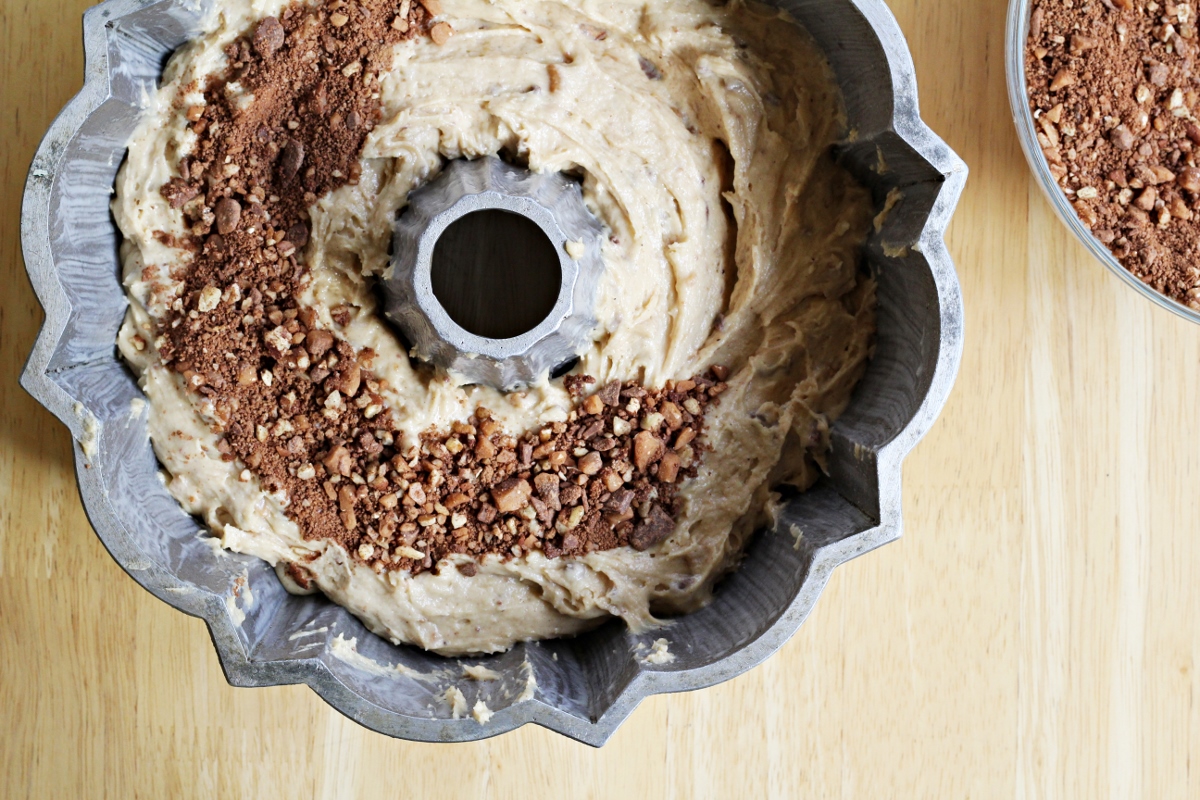 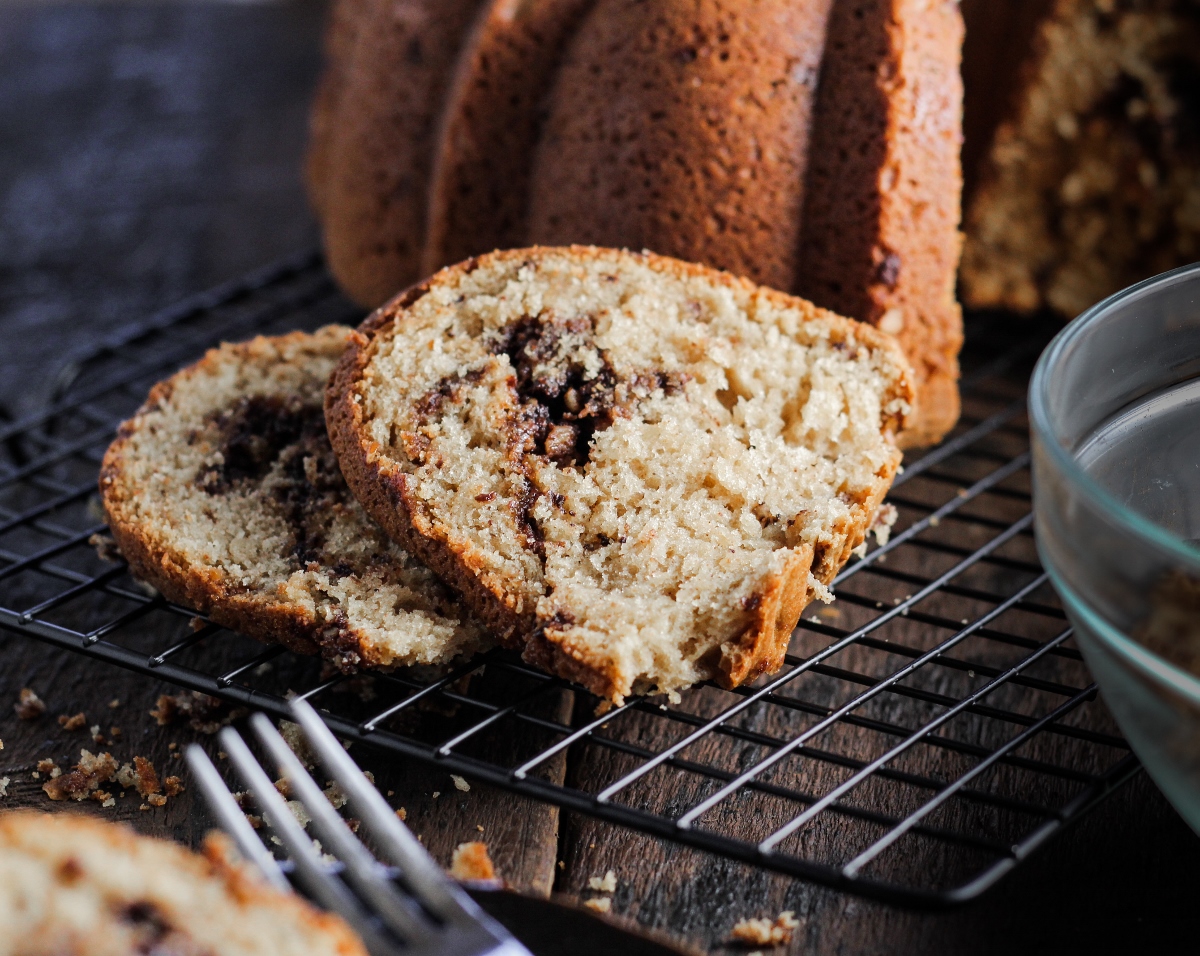 Adapted very slightly from In The Sweet Kitchen. Serves 12 to 15.

The only two (tiny) changes I made were to double the amount of espresso powder and use salted butter but omit the salt. I also found that I could only use up about half the filling without having the layers touch each other, so I used the extra filling to sprinkle on top of the warm slices. My advice: make the filling recipe as written below, but don’t fret if it seems like you’ll have too much, and don’t try to overfill the layers.