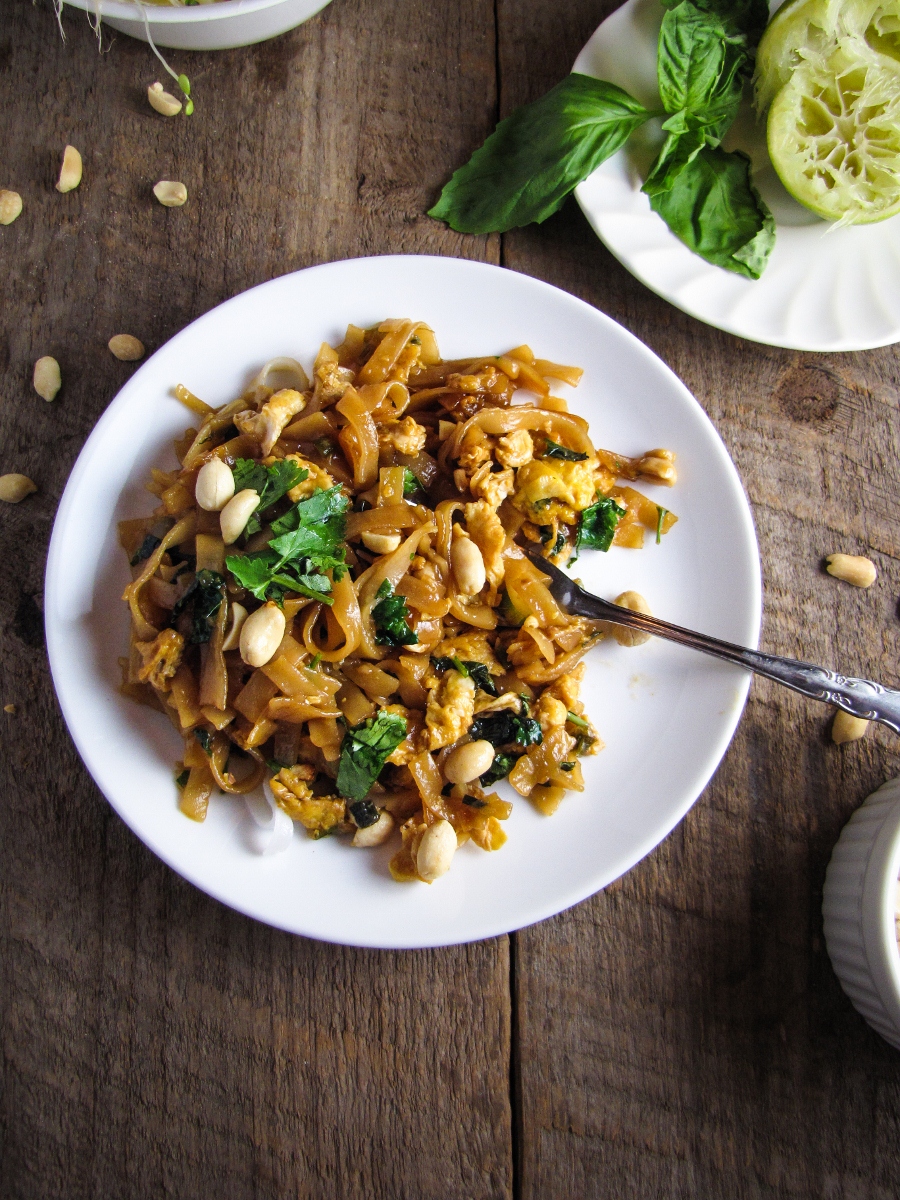 Tonight, I made three different Pad Thai recipes. If my roommates didn’t think I was crazy before, I’m pretty sure they do now. But I had an important goal! And that was to find the best Pad Thai recipe out there, because I love Pad Thai (the American take-out kind; I’ve never had the made-in-Thailand kind), and I would feel pretty impressive if I knew how to whip up a batch at home.

I made small changes to each of the three recipes I tried. In general, I don’t think it’s fair to review a recipe that you’ve changed, since you’re no longer reviewing the recipe as the author tested it. In this case, however, what I was really testing were the sauces, and for the most part, I didn’t change those. I also made each dish in a way that was practical to me – e.g. I don’t eat shrimp, so I’d never include it, and I’m unlikely to have “sweet preserved shredded radish” around, even if I were to cook Thai food regularly.

Some general tips for cooking any of these recipes – have all your ingredients prepped and ready to go before you turn on the stove, as things will move quickly once you begin cooking. Use fairly high heat so that your ingredients sizzle as you add each one. And last, don’t overcook any of the ingredients – you want your veggies to remain a little crisp and your egg to not completely dry out. 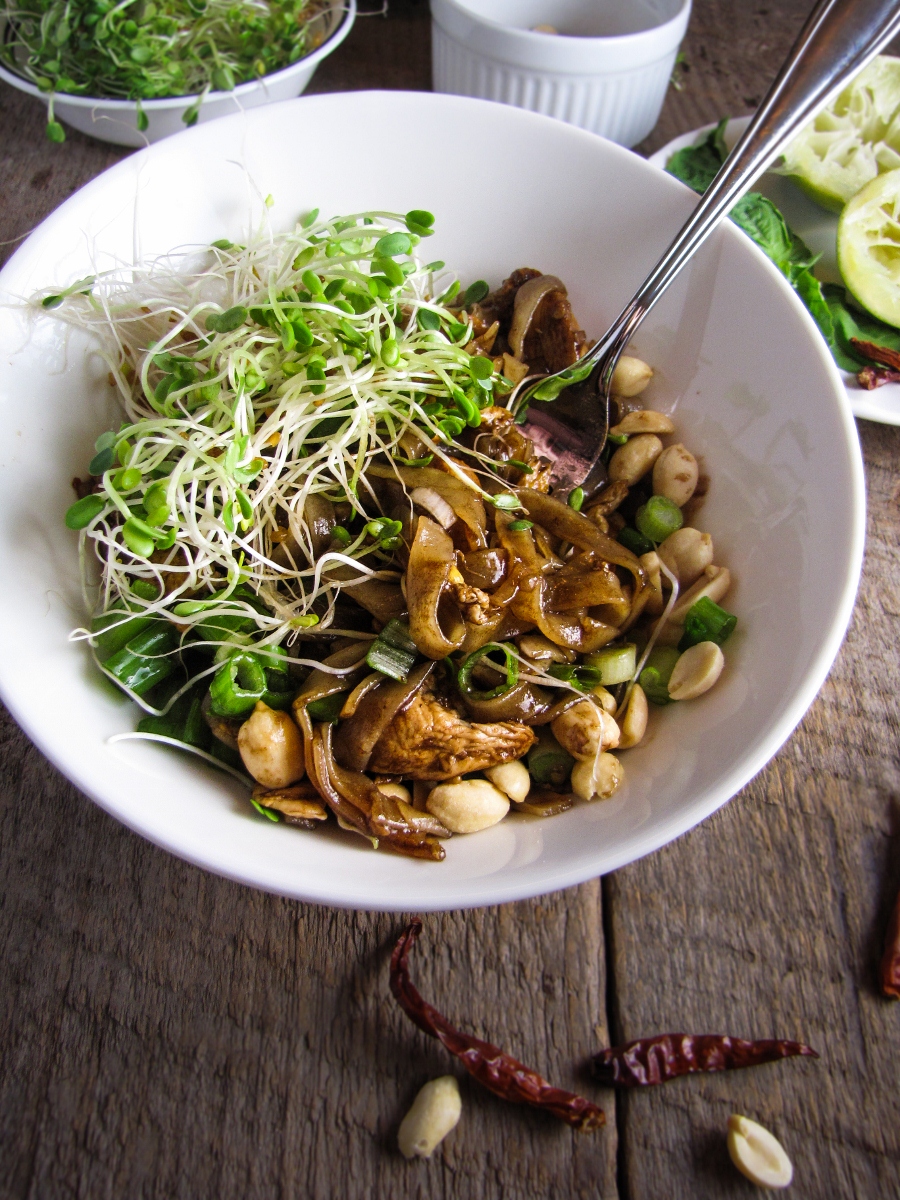 While I have a feeling that this recipe was the most authentic, it was actually my least favorite of the three. It was too sharp tasting and not balanced enough for my liking. Of course, as I mentioned above, I did make a few changes – in this case, scallions in place of garlic chives, chicken instead of shrimp, no tofu, and no preserved radish. Admittedly, these changes are fairly substantial, but the sauce just didn’t do it for me. Now, if you like a sour and slightly spicy Pad Thai, you might enjoy this dish, but it’s not going to get you that takeout flavor I suspect most of us are looking for. 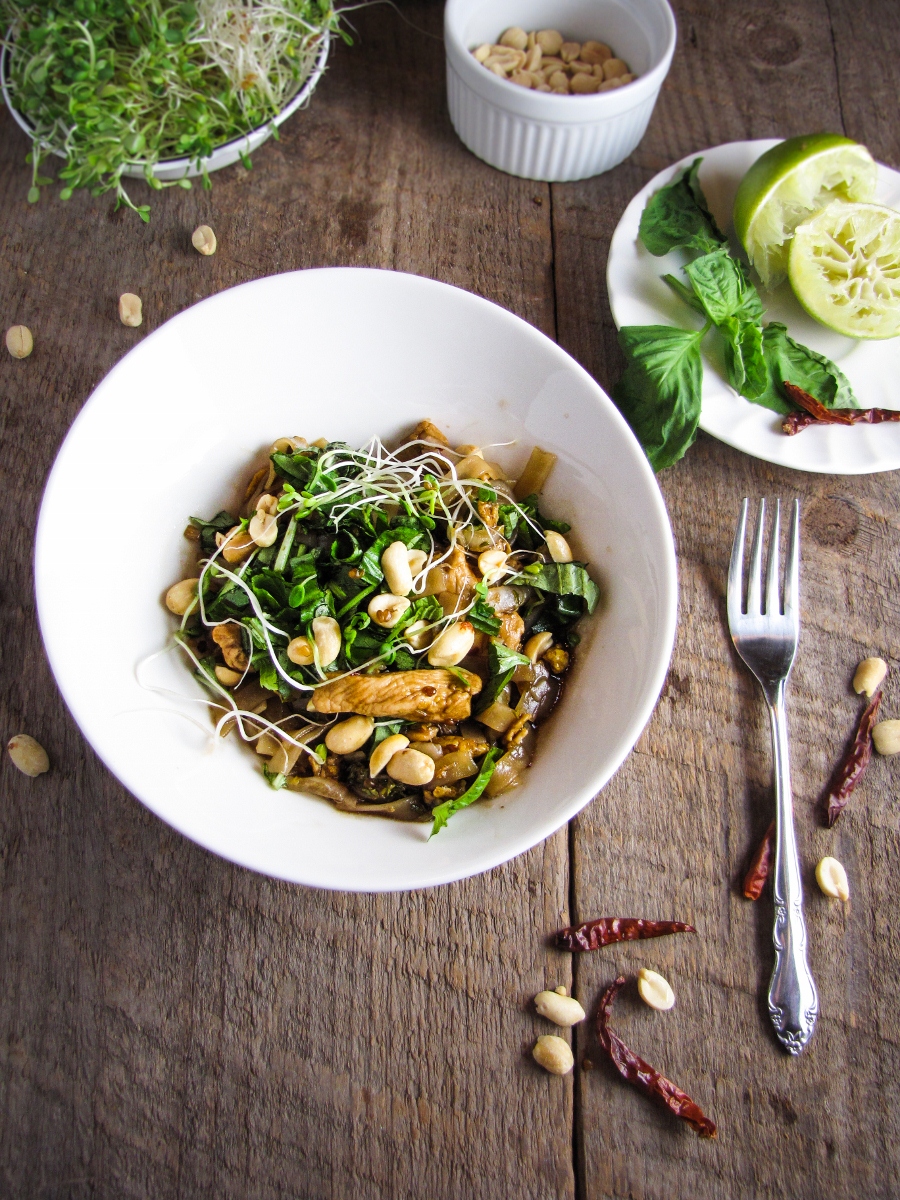 This recipe straddles the line between authentic and take-out quite nicely. It has all the complexity and flavor that I’m looking for, but the sauce was a little too thin, the sauce to noodle ratio was too high, and I found the vinegar flavor a little bit too strong. Further investigation led me to the fact that Mark’s original recipe has some substantial differences from the Serious Eats version, but I didn’t test that one out – I’ve added it to the list for the future. The changes I made to this recipe were as follows: vegetable oil instead of peanut oil, chopped endive instead of Napa cabbage (only because the only Napa cabbage at the store would have been far too large to fit in my fridge), and chicken instead of shrimp. After tasting the sauce, I also added two tablespoons of palm sugar to the sauce, as I found the sauce as written to be too sour. With the additional sweetener the flavor was pretty close to what I wanted. I think to get my perfect Pad Thai recipe, I’d have to somehow combine this recipe with number 3… 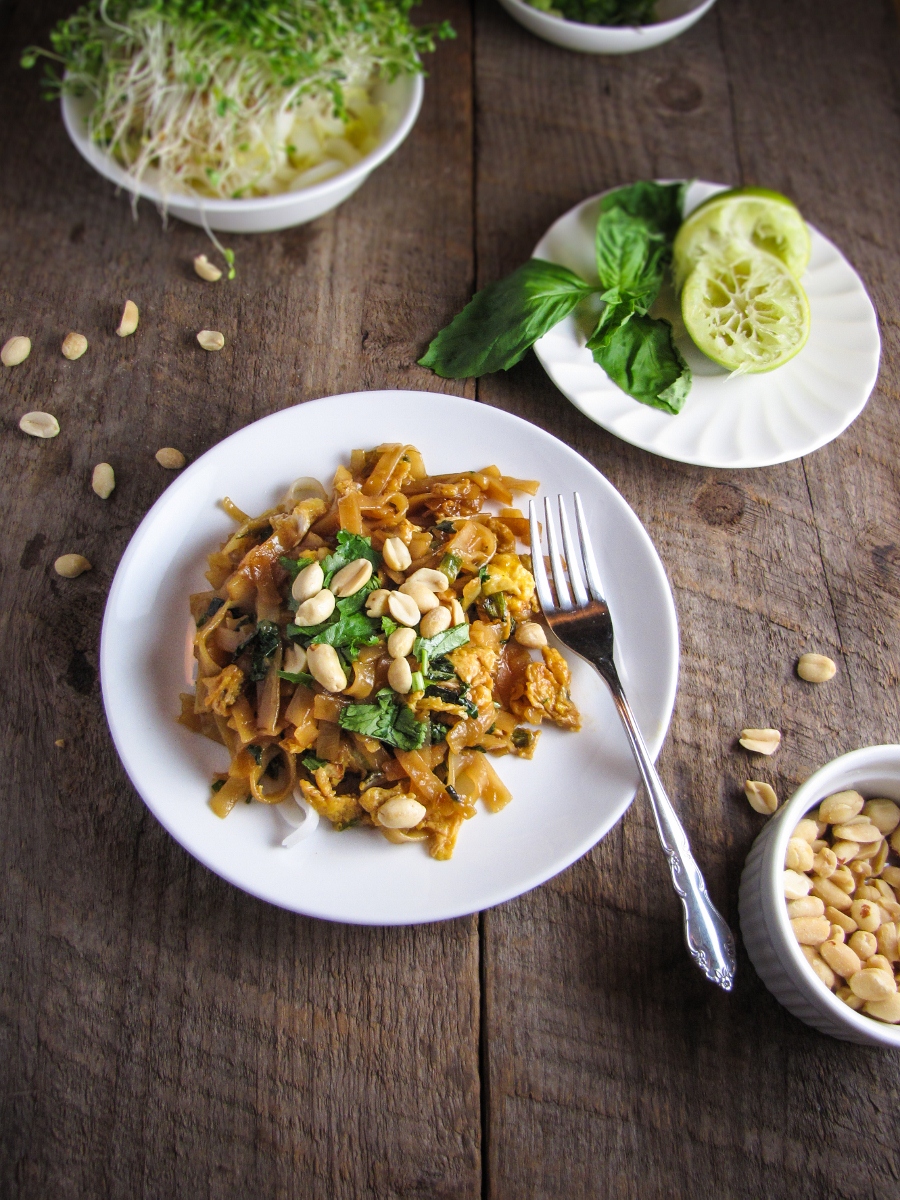 This recipe is decidedly the least authentic, but it was also super-duper easy, with fairly good results. I followed this one almost to the T – I just replaced the brown sugar with an equal amount of palm sugar, since I had already bought the palm sugar and I figured it would add a little more complexity. Flavor-wise, this recipe was the least challenging of the three – it would be easy for kids and picky eaters to palate. However, the trade-off was a loss of depth, and I did think the soy flavor was a little out of place. If you’re new to Thai cooking, though, I’d start with this recipe – for the amount of effort (and investment in special ingredients) you put into this recipe, I think you’ll be pleased with the end result.

The conclusion: I haven’t found my ideal Pad Thai recipe yet, but I feel a lot more knowledgeable about what works and what doesn’t. I’ve scribbled down some ideas about how I might combine recipes two and three to get what I’m looking for, and I’m going to keep testing recipes – I’ll let you know when I find a combination I love. In the meantime, if you have a favorite Pad Thai recipe, please share!