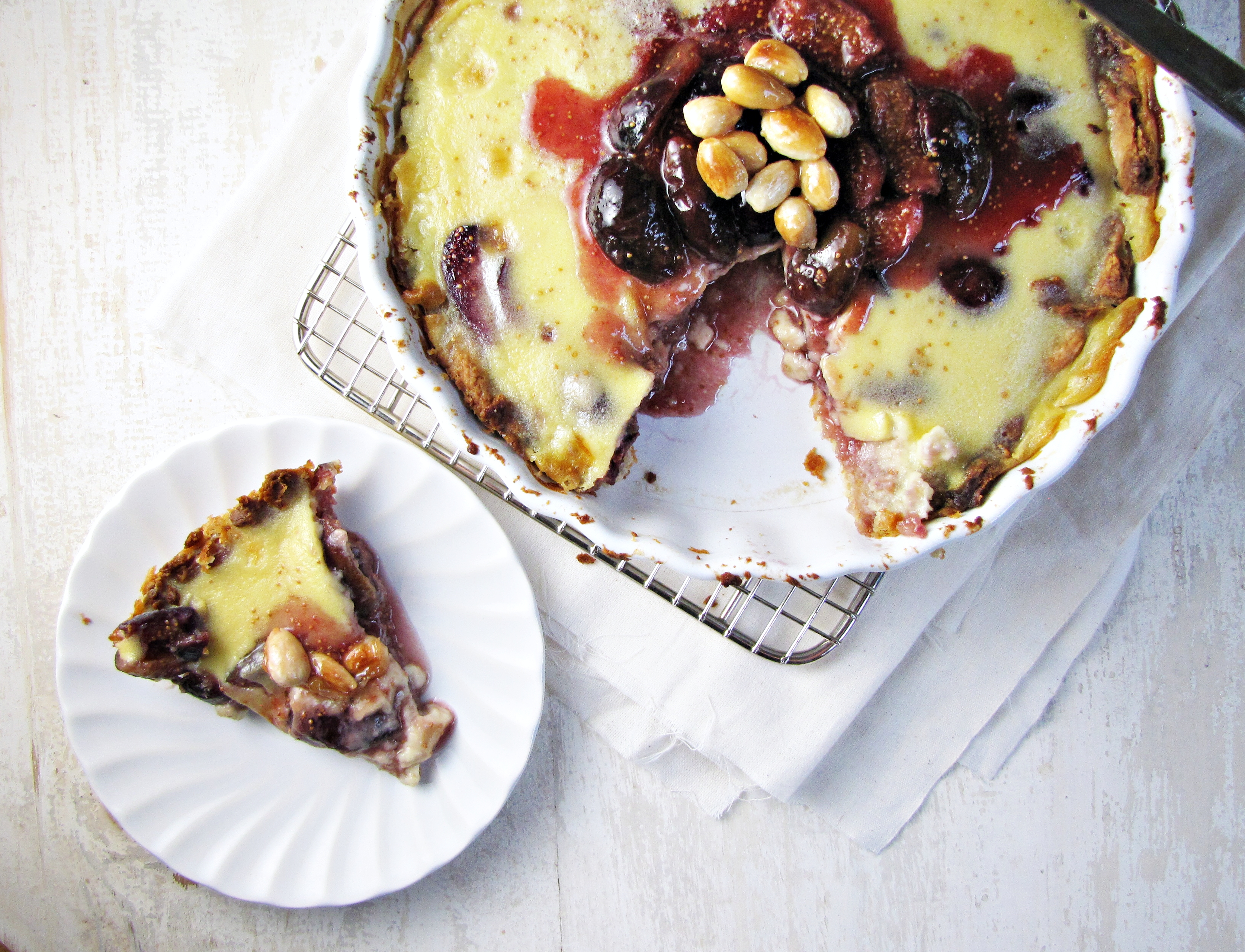 As the official end of summer is upon us, it’s high time I post an update on my summer bucket list from June.  While in my mind summer’s not over until tomatoes leave the farmer’s market and the water’s too cold to go swimming, it is true that the number of nice days left in the season is quickly shortening, and I better make the most of what’s left!

So 5 for 10.  Not too terrible, not too great.  It’s still possible I’ll finish all of them before the end of September, but if not, it was fun to do the things I did.  And as for the tart you’re seeing here, it’s included because the arrival of figs at the market is a sure sign that summer is slowly shifting into fall.  Figs aren’t my favorite fruit, but even I liked this custardy almond tart with caramelized figs and almond brittle enough to have a big slice.  After that, I handed it over to Trevor to finish off our first dinner in his new house. 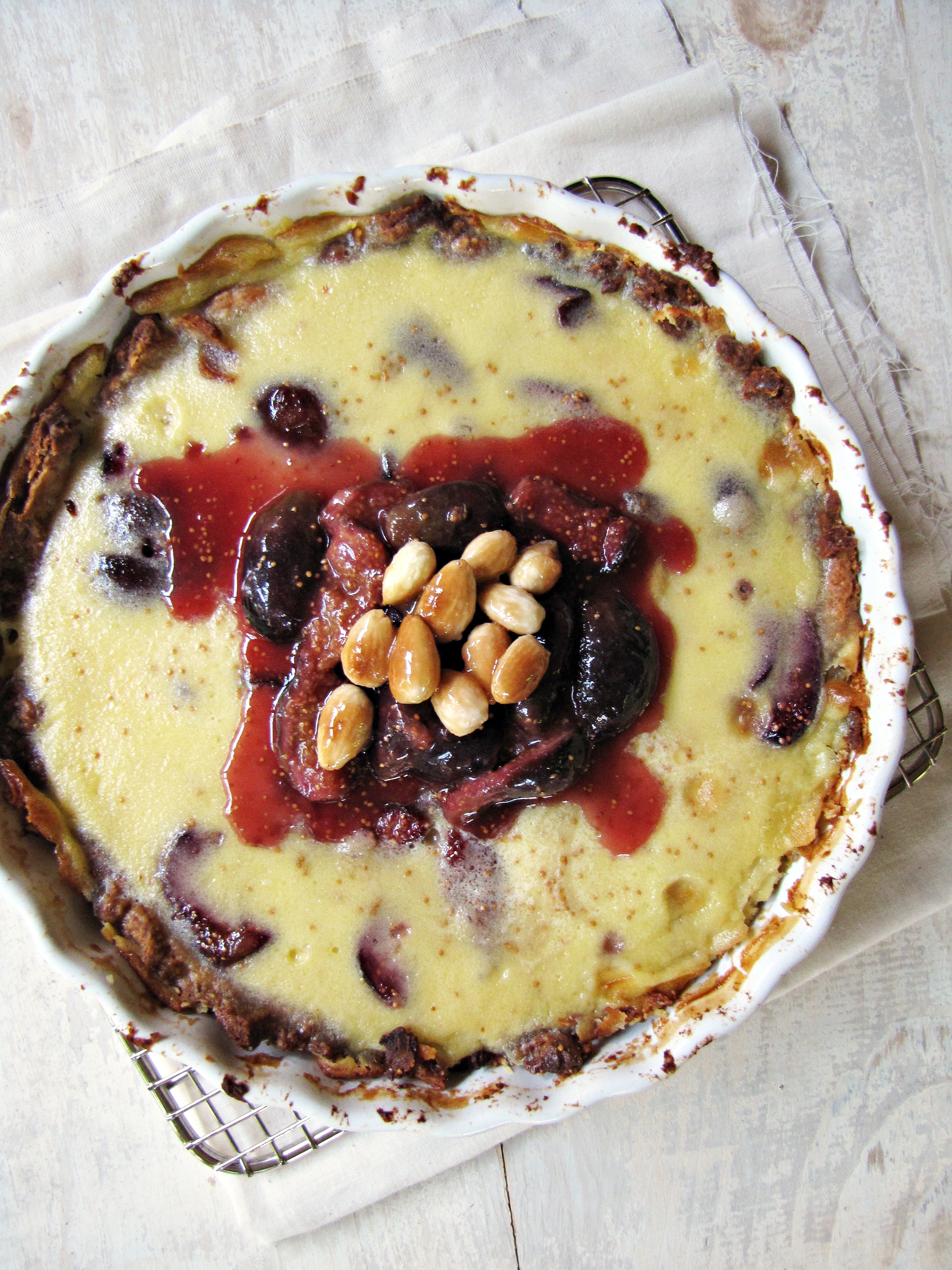 For the pate sucree (crust): 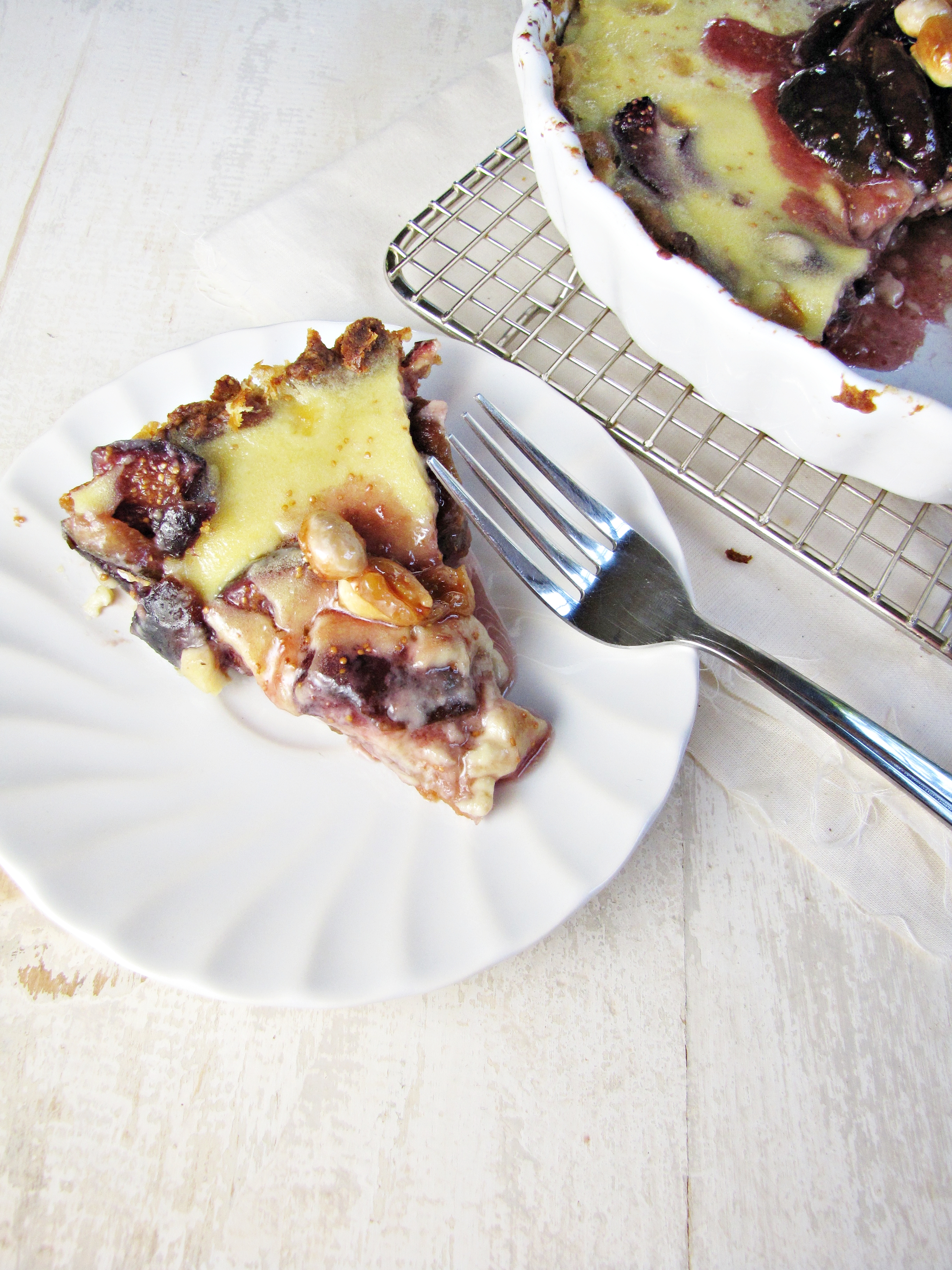