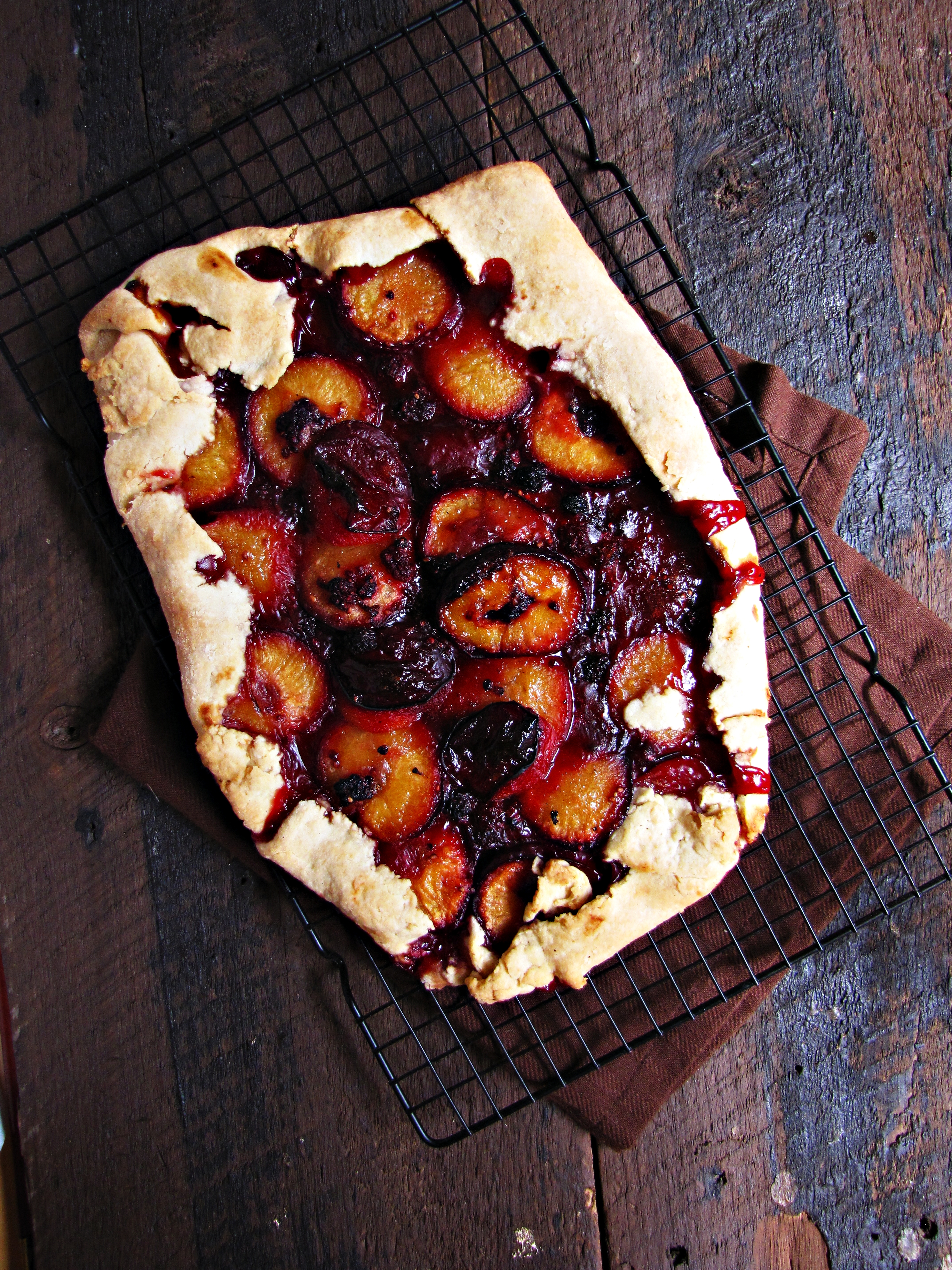 Trev and I had a little BBQ at my place this weekend – just a few good friends who all happened to be in town at the same time.  One is starting up at Harvard Law, another passing through between summer camp in Maine and hut-keeping on the AMC.  My roommate joined in as a study break, and a good friend from work stopped by as well.  It was the sort of crowd that caused minimal stress, and the sort of messy, hand-held food you should only eat with people you’re not trying to impress – ribs slathered in tangy sauce, Mexican-style grilled corn rolled in mayo and chili-flecked parmesan cheese, chocolate-stout cupcakes with a mess of espresso frosting, and this galette, sliced and served like pizza. 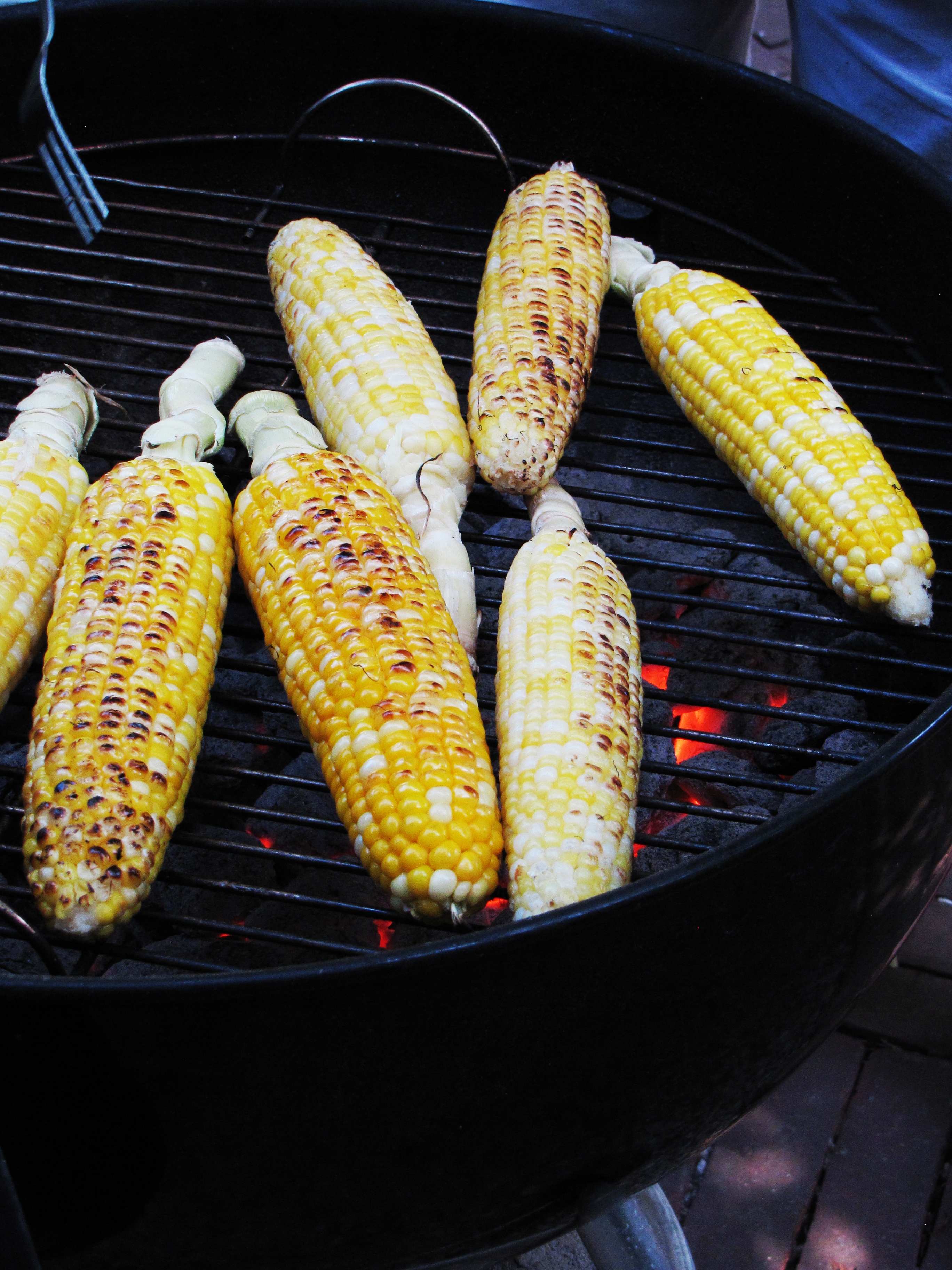 The galette was a bit of a last minute decision.  Initially I had planned to make a much fancier puff-pastry based tart, but the frozen puff pastry at Wholefoods was $10 a package.  Ten dollars!  I might as well just buy a pie for that price.  Anyway, with a bag of plums and a carton of blackberries I picked in Andover last week both languishing in the fridge, I went simple and rustic and it was just right for a casual Saturday afternoon.  A drizzle of creme de cassis in the filling added some depth.  I managed to snag a few pictures before I got distracted by good company and cold Blue Moon beer, so I thought I’d share it with you.

Anyway, just a quick hello.  Hope everyone’s week got off to a good start, and I’ll be back on Wednesday with a delicious frozen treat that’s also healthy enough to be featured on Greatist. 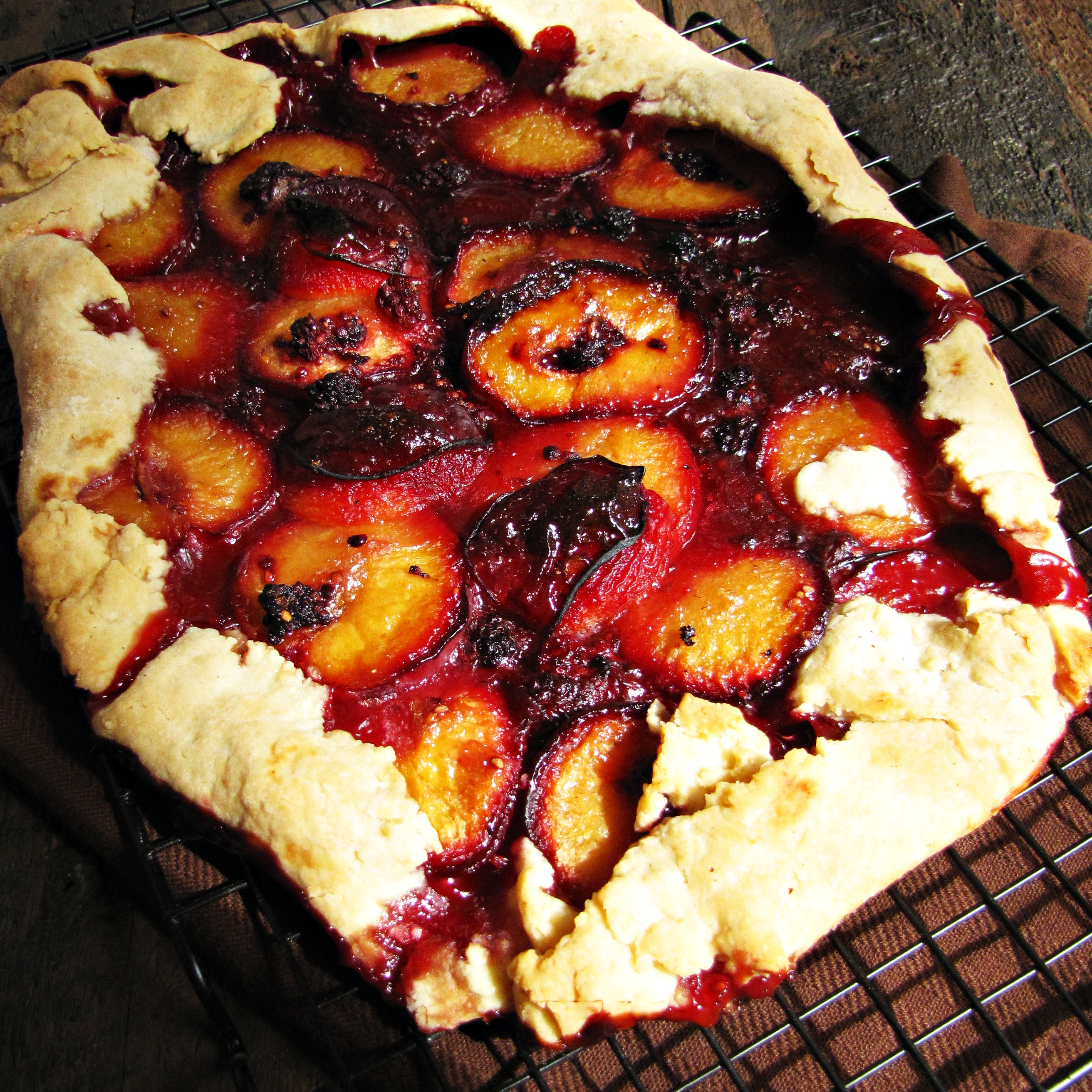