It’s that time again!  Vote for me in the Marx Food fregola challenge here! 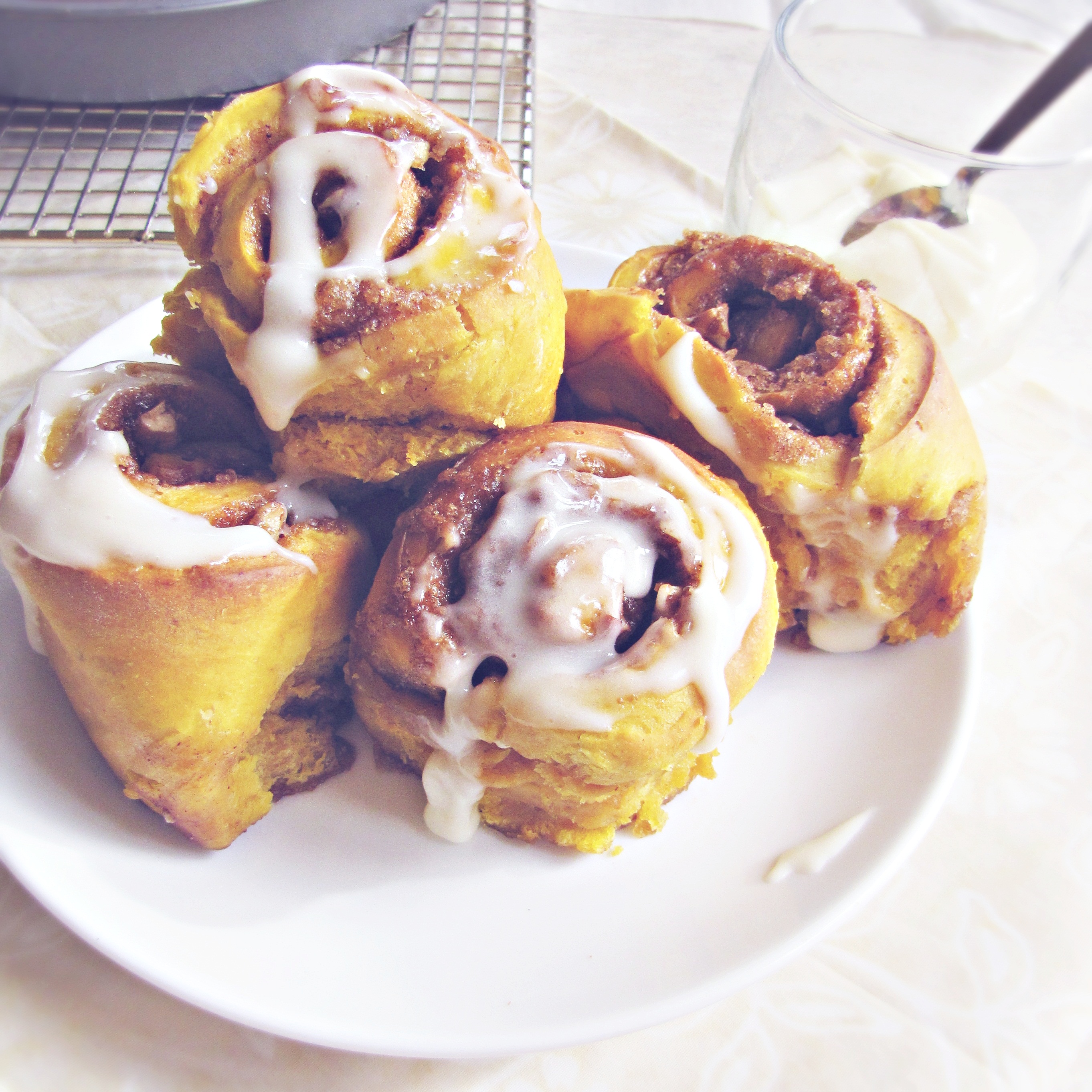 Just because Thanksgiving has passed, Halloween is a distant memory, and I’ve already started posting about Christmas does not mean the season for canned pumpkin has ended.  But does it mean that it’s too late to share pictures of this year’s pumpkin carving?  Probably, but I’m ignoring that, because our pumpkin (and I’m using the word “our” loosely, as it was carved 100% by Trevor – how talented is he?) is too awesome not to share.  3D dragon?  Hell yeah. 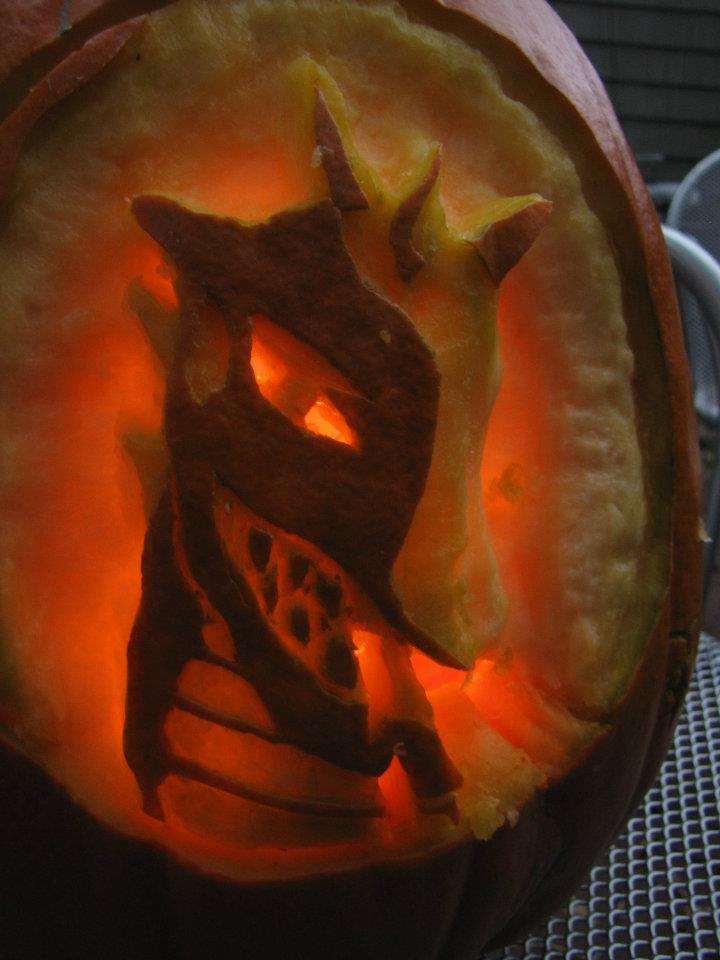 Now that that bit of semi-irrelevant bragging is taken care of, let’s talk about some ways to use the 17 cans of pumpkin you (and by you I mean I) hoarded in your cabinet when you thought that there was going to be a pumpkin shortage.  Seriously, at the end of September, things were looking dire – I hadn’t seen a single can of pumpkin in any of the (four) grocery stores that I frequent.  So when I saw four measly cans at Pemberton Farms, I bought three (leaving one for someone else in my pumpkin-less situation out of empathy).  That same morning, Trevor brought over a supply of cans from his house.  Pumpkin shortage avoided.  Since then, I’ve used 1 and a half cans of pumpkin.  Turns out a little pumpkin goes a long way when you’re just one person.  I made these pumpkin scones, which didn’t have a great scone texture or a great pumpkin flavor, pumpkin oatmeal cookies, which were OK but mine came out too soft for my liking, this pumpkin ale bread, which was super fantastic, and I’m planning on trying this smoothie this week, but the recipe I’m choosing to share with you is much more decadent: pumpkin-cinnamon-pecan breakfast rolls with cream cheese frosting.  Um, yum. 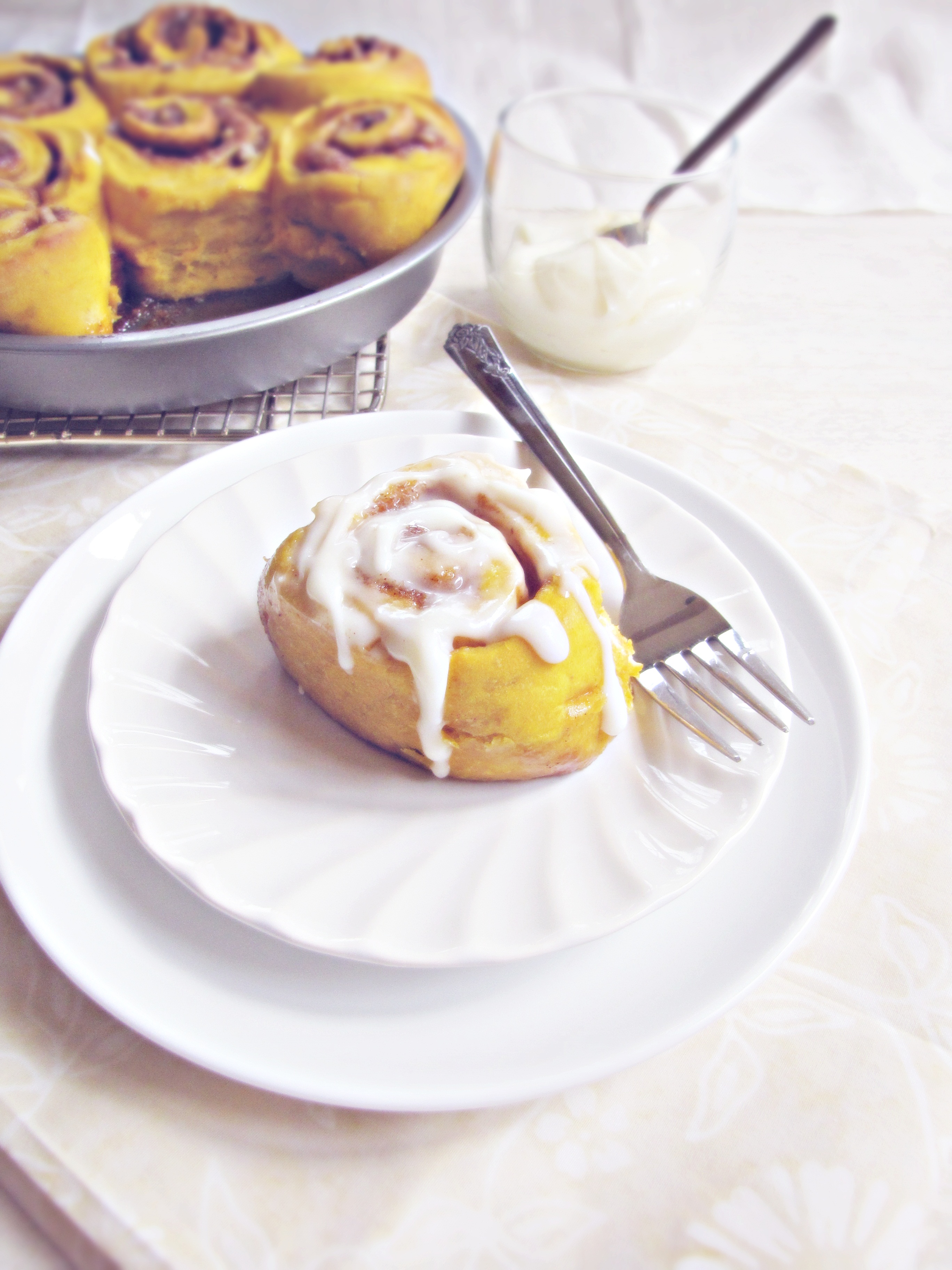 These rolls are the perfect treat for a lazy weekend morning.  You can prep the dough and the frosting the night before, let them rest in the fridge overnight, and then in the morning all you’ve got to do is roll out the buns, slather with cinnamon-sugar butter, and pop them in the oven.  Twenty minutes later, as the house fills up with the smells of pumpkin and cinnamon and people start coming downstairs to sniff around, you officially become the worlds’ best mother/girlfriend/wife/daughter/male-versions-of-these-terms.  They taste like a really good, really soft cinnamon roll, but with the added punch of pumpkin, ginger, and nutmeg.  The toasted pecans in the filling and the lemon-cream-cheese frosting take them over the top.  I can almost guarantee you that a steaming pan of these and a hot pot of coffee could make any sunny December morning complete. 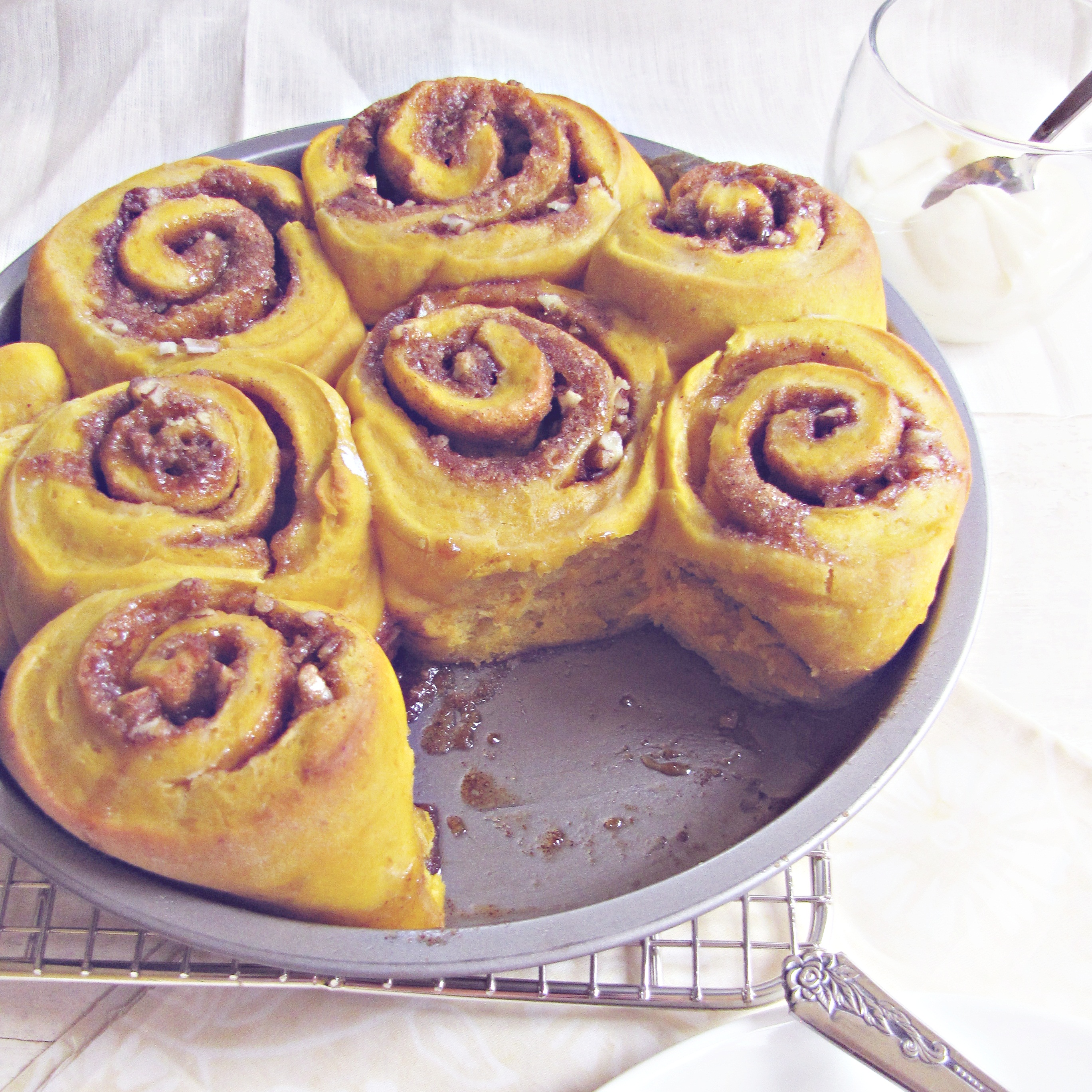