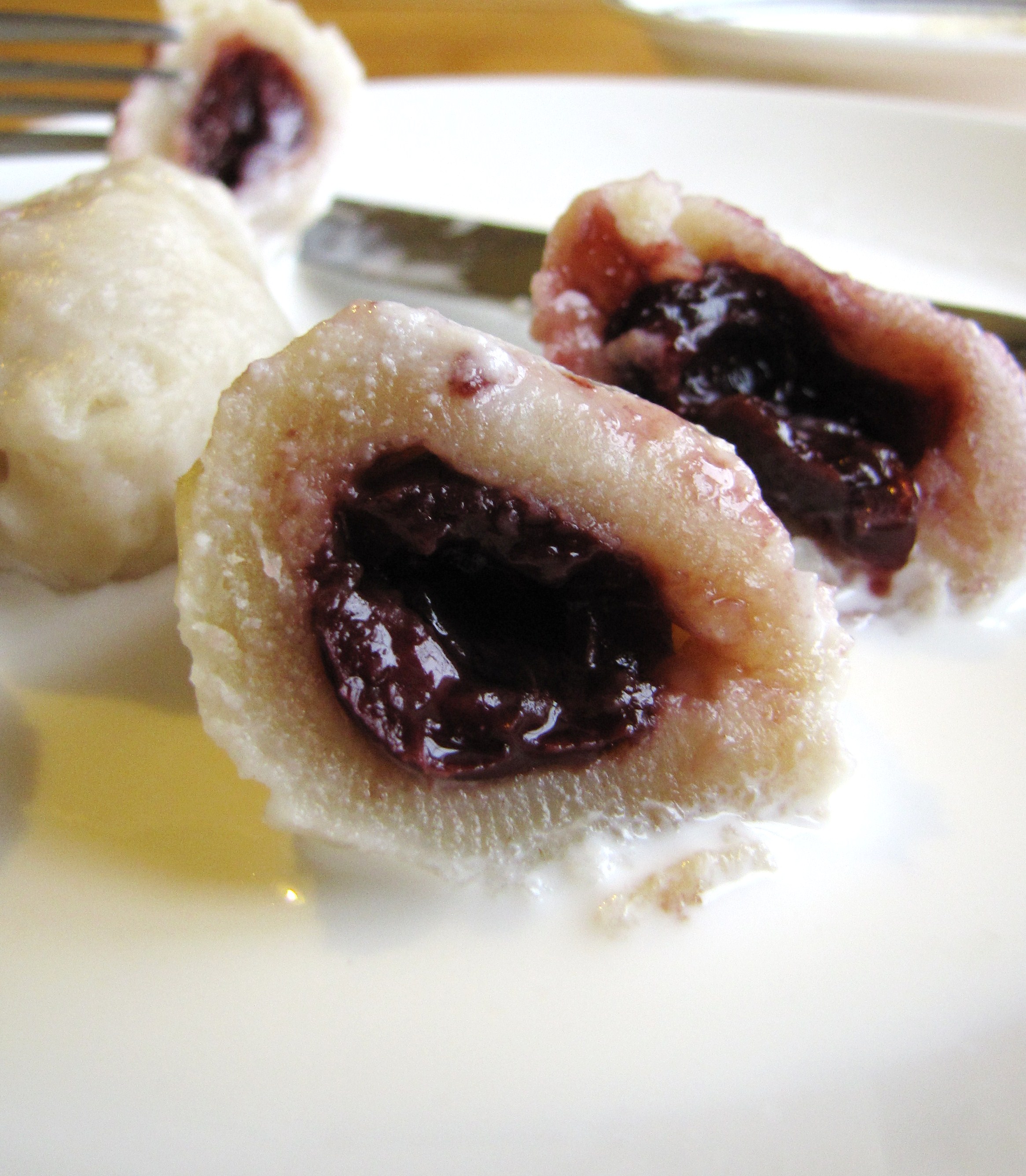 I miss hearing and speaking slavic languages.  It seems a little odd, but I actually find what most people consider to be the harsh sounds of Russian and Czech very soothing, perhaps because I have only good associations with them.  Memories of good people, of good stories.  It’s been over nine months since I left Prague, and Czech is rarely spoken in North Carolina.  Russian is more common, but I always freeze up when I hear people speaking it, so I don’t get as much practice as I would like.

I won’t be able to take another Russian course until the spring – too much engineering to be done – but I did just get a job with the library collections department assisting with cataloging slavic literature.  It might turn out to be sort of a tedious job, but I’m excited about the practice I’ll get and I think I’ll like it.  I like being around old books, sitting in dark, musty rooms heavy with silence.  I like the mystery of foreign titles, of imagining the story within.  I feel as though I’ve read so many short stories in Russian that I have this whole canon of Russian lore in my imagination.  You know the way that you feel you understand a place you’ve never been, just because you’ve read about it?  How you can have a swirling but fully complete concept of an Arabian desert because your mind has merged all the stories you’ve read into a real place?  How you know the feeling of salt spray on your face, the wind blowing your hair back as you stand on the prow of a wooden ship?  I sometimes wonder what the imaginations of people who have never had access to literature or media are like.  If you live in an isolated tribe in the desert, can you still dream of the ocean, not knowing what it is?  Could you conjure the idea of snow, never having heard of it?  Or would your imagination be that much greater, having never been limited by what can and can’t be? 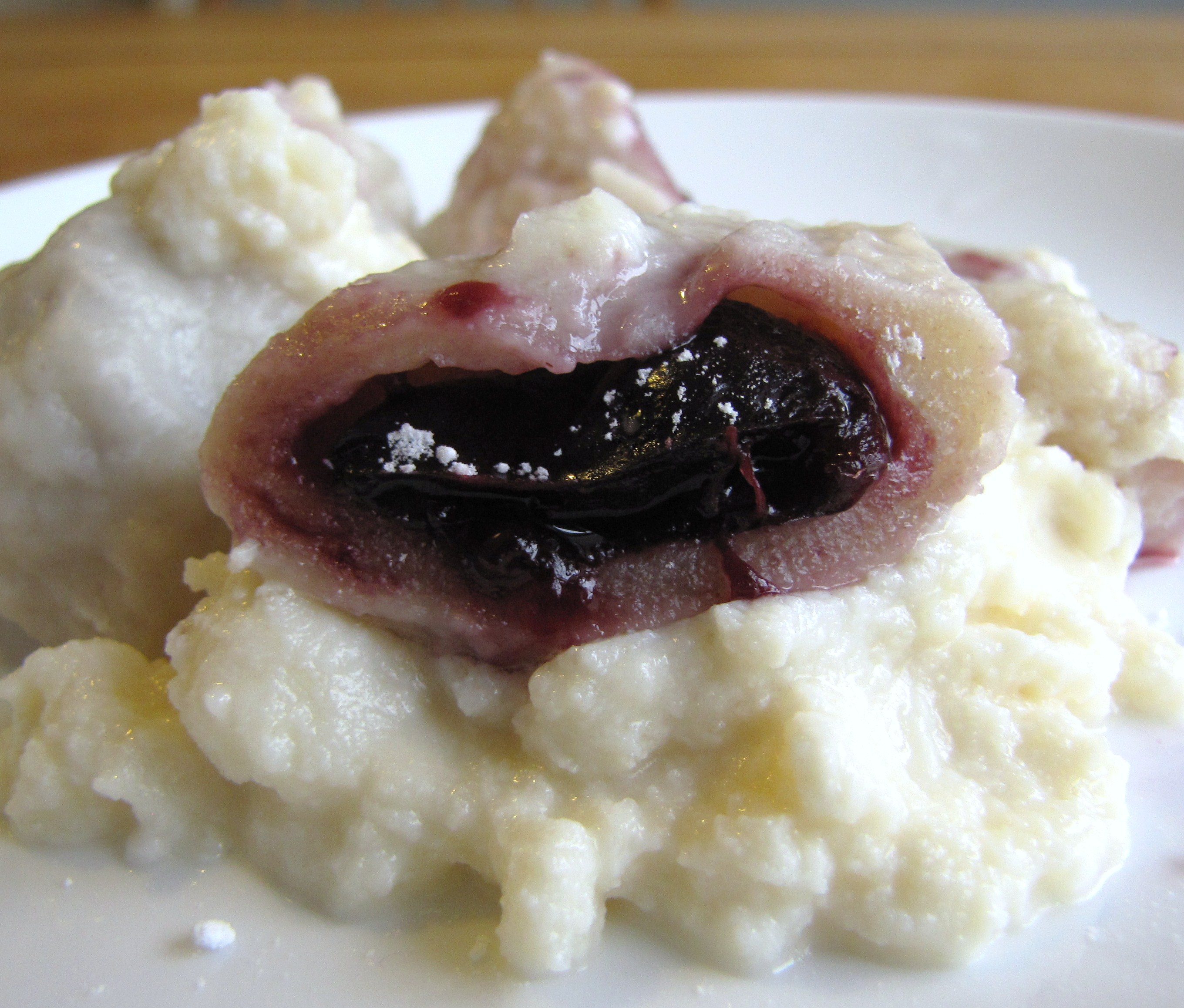 I think that I have an especially good concept of Russia as portrayed through 19th century Russian literature – of the poverty and wheat fields, the cruelty and power of man, the weakness of the classical female character, of тоска, the untranslatable word that describes the melancholy every Russian is said to hold within their soul.  Maybe I don’t really understand, but when I conjure the Russia of my imagination, there is a sweeping expanse of plains dotted with epic sadnesses and small triumphs.  With happy summer dachas and cold, hungry winters.  With clever men who think only of evil, and strong, brainless men who triumph over them.  With withered babushkas in huts and frail, blonde peasant girls.

To honor all this Russian-ness on my mind, I decided to make fruit dumplings.  In Russian, the word for them is vareniki; in Czech, ovocne knedliky.  In Prague, my roommates and I used to pick these up at the potraviny as a quick dessert, and so I have many good memories of eating them late at night around our little kitchen table.  The recipe I used for these is a Czech one, however, these are a fairly ubiquitous dessert in Slavic countries, with slight variations from country to country, so they can serve as a culinary testimonial to both Russia and the Czech Republic.  The dough is a bit hard to work with, but don’t add too much flour as the stickiness of the dough helps to seal the fruit in.  Fresh or frozen fruit will work equally well here, and these are best served warm with sweetened cream, cottage cheese, whipped cream, or simply melted butter and sugar. 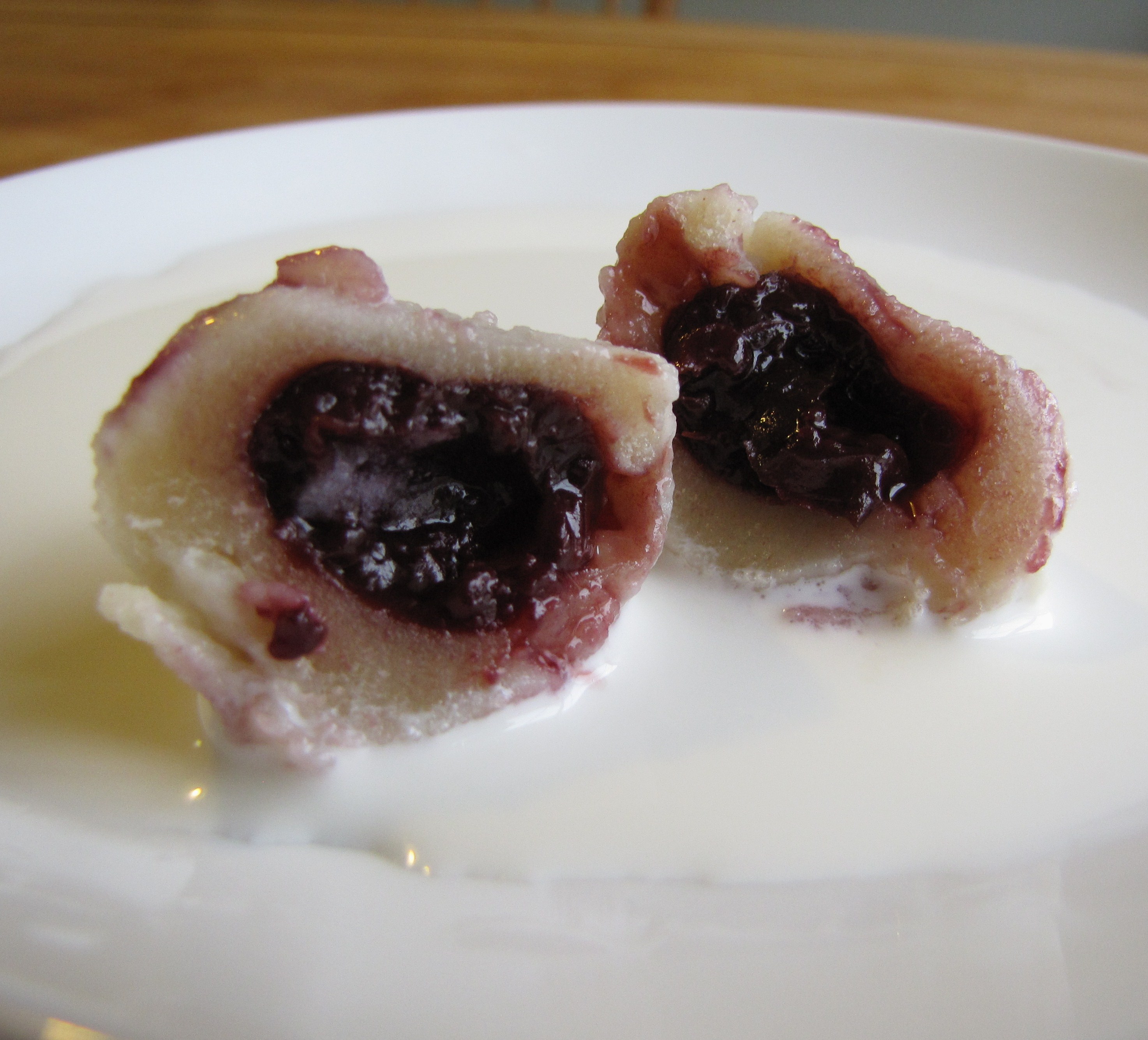 * Dumplings can be frozen before boiling.