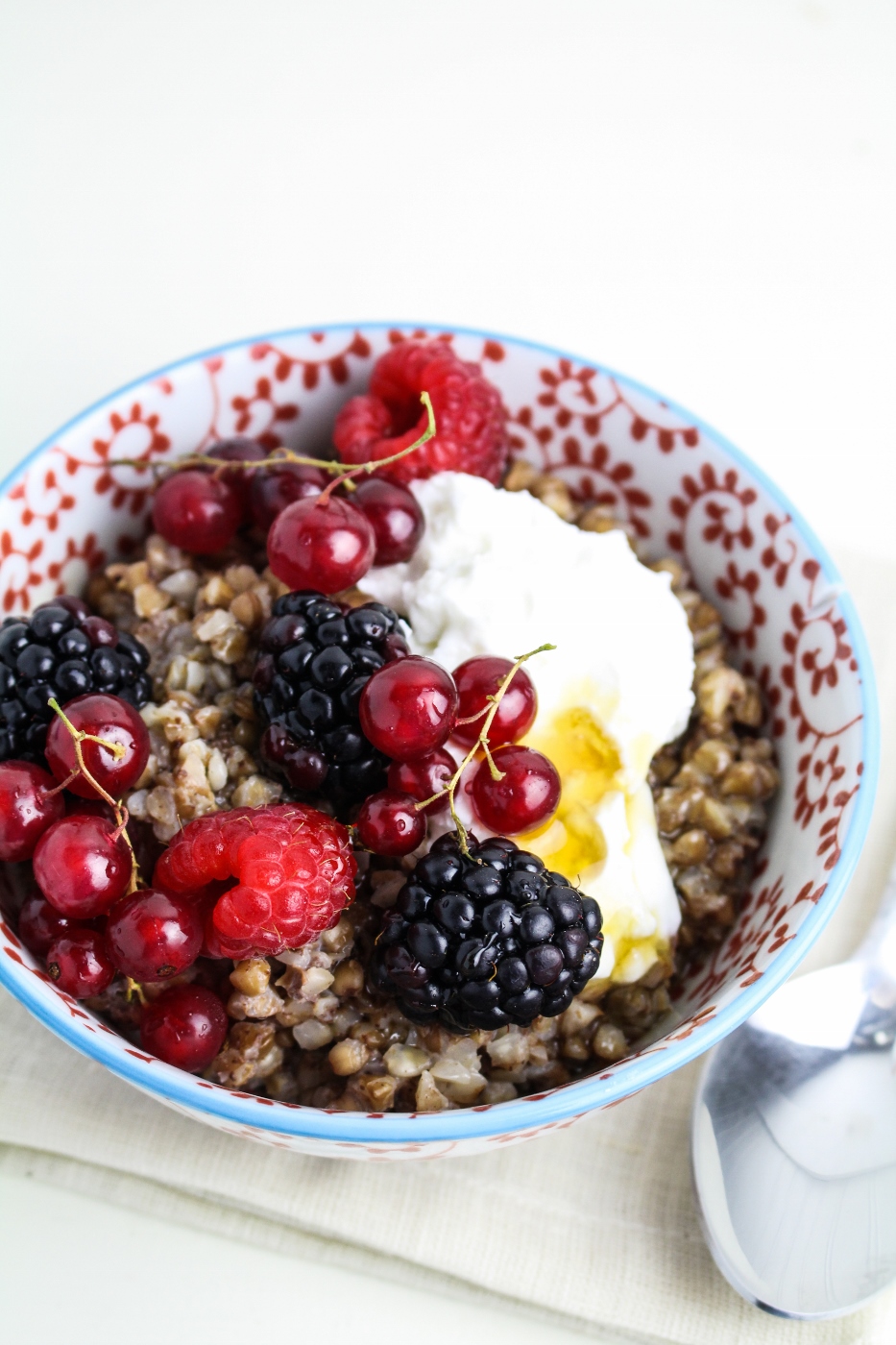 Since here in Boston we’re kicking off the week with another snowstorm, I thought now might be a good time to share this warming, filling, buckwheat porridge – just the sort of thing you need on Monday morning before trekking out into the snow. Buckwheat is becoming a bit of a health darling, and I can totally see why. Of the gluten-free grains/seeds available, it’s one of my favorites – it cooks up soft, nutty, and slightly sweet, almost like a tiny pasta. I actually ate buckwheat for the first time in Russia, where it’s commonly served as a side dish with lunch or dinner. Never having seen or eaten it in the States, it took me quite a while to figure out what it was called in English. I enjoyed it so much that I brought home a few bags with me – not realizing it’s easily purchased here, as well. 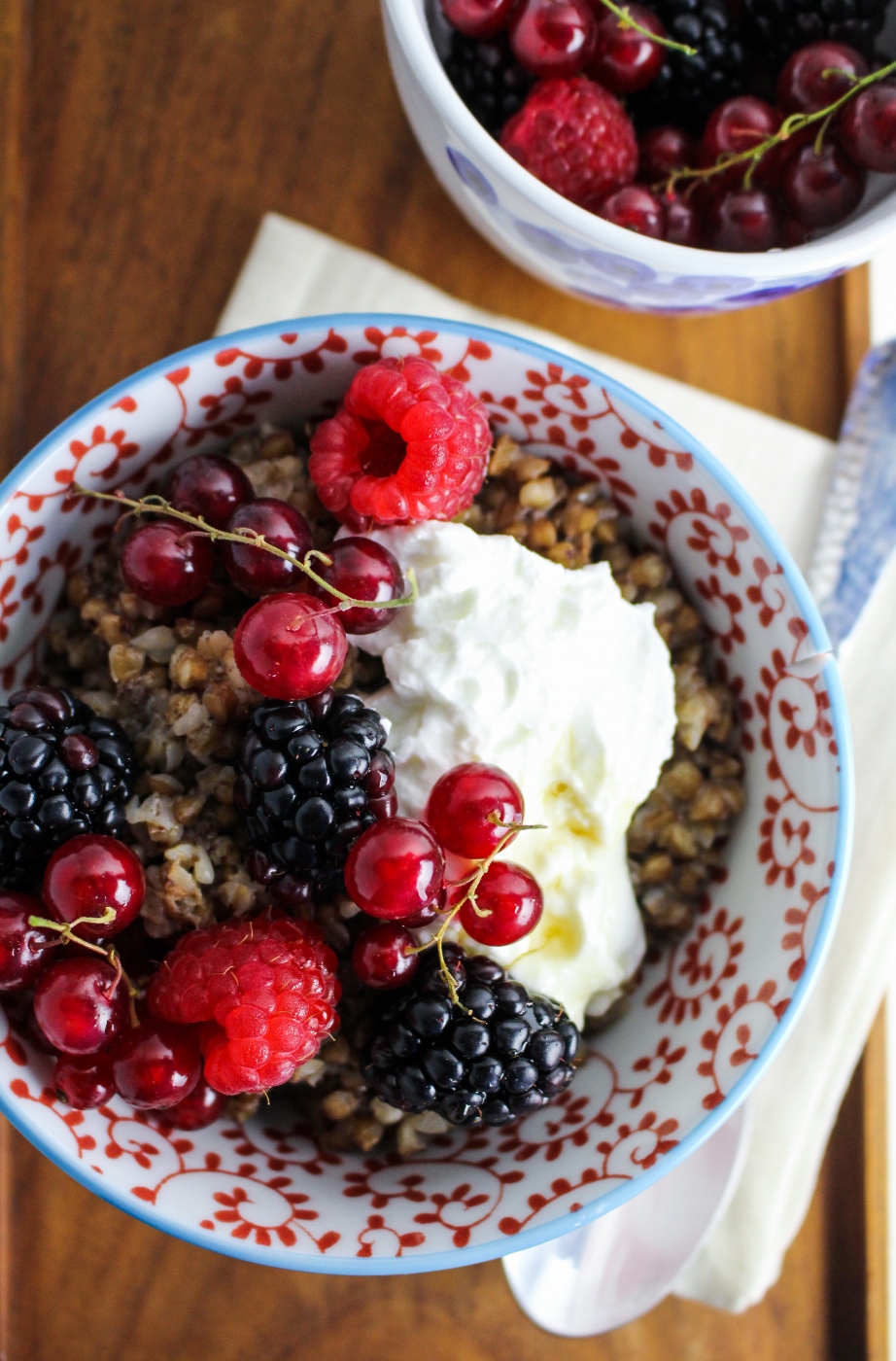 Cooked with a bit of milk and cinnamon, buckwheat turns into a lovely breakfast porridge, softer than other grains and less sticky than oatmeal. When I first made this porridge, I had asked Trevor to pick up “some berries,” and he brought home four boxes of gorgeous blackberries, raspberries, and currants – hard enough to find in the summertime, the tiny, jewel-like currants were like a small miracle in the middle of winter. Feeling a bit Nordic because of the snow and the currants and the buckwheat, and because, let’s face it, Nordic is trendy these days, I topped the porridge with the berries, a dollop of Skyr, and a drizzle of honey for the loveliest winter breakfast. 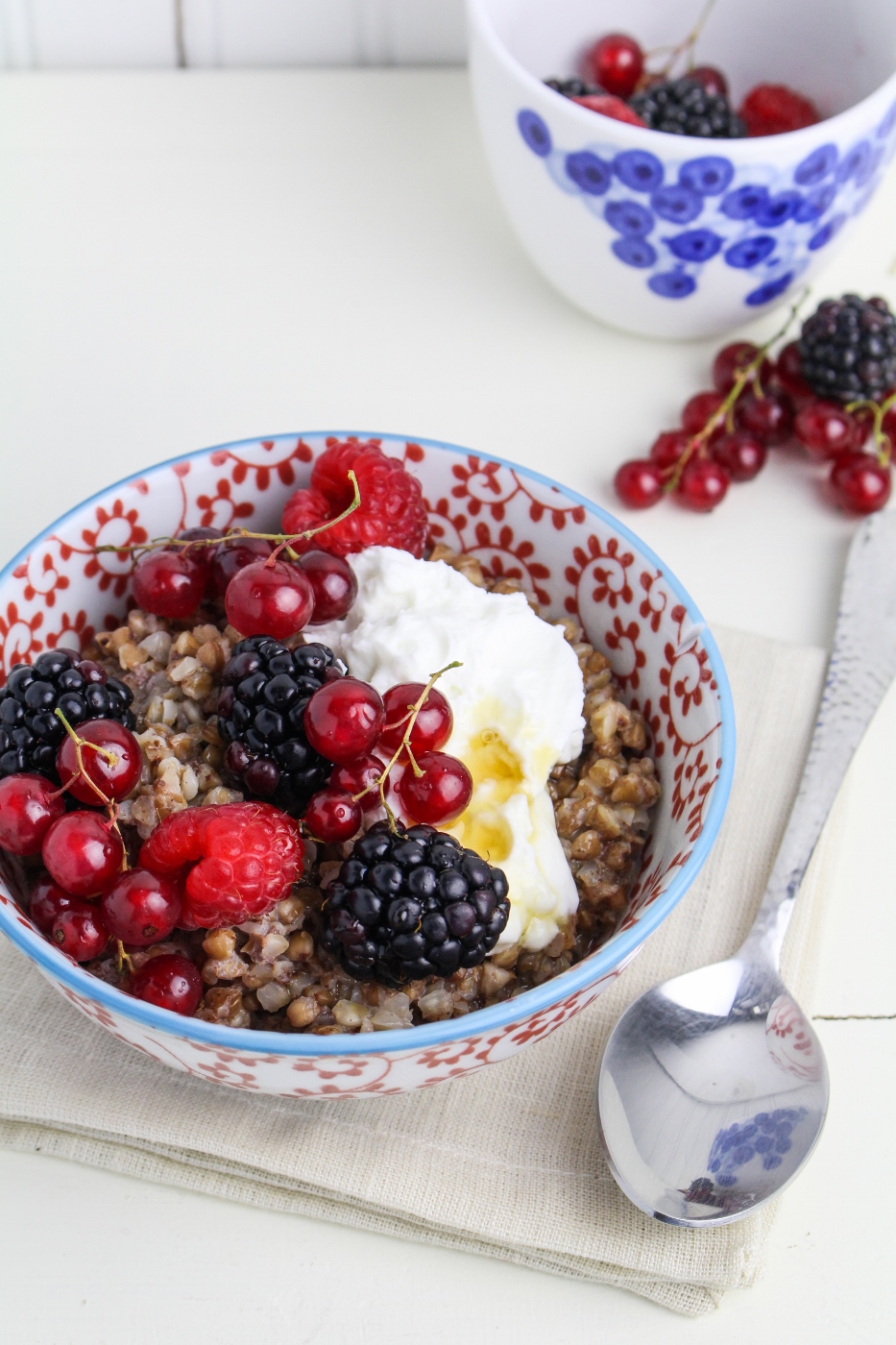