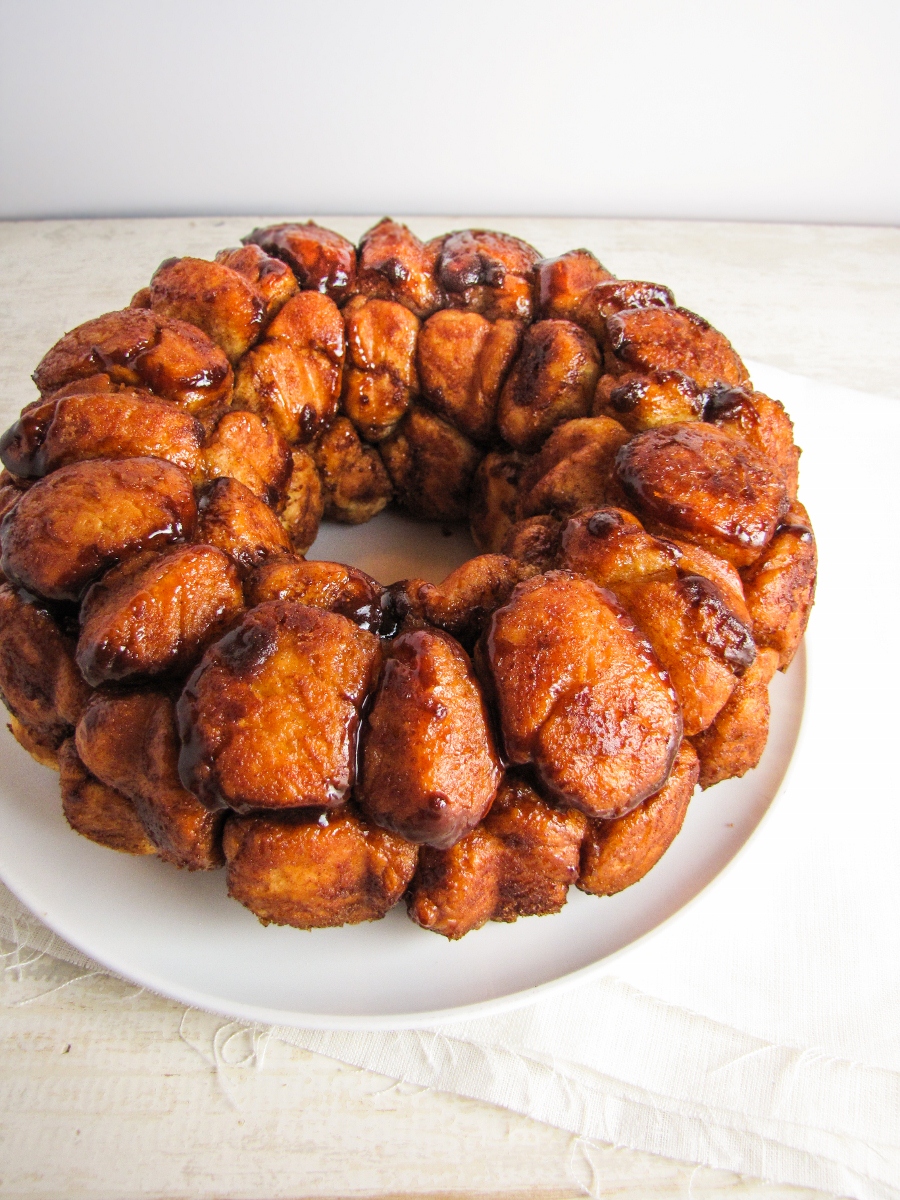 Over a year ago, I promised my coworkers that I would bring in some homemade monkey bread for them. Today, they finally got it. What happened in between? Mostly, a lot of excuses, like, “I can’t bake monkey bread this week, I’m trying to eat healthy!” and “Monkey bread is off this weekend guys, I have to make Peppermint Mocha Sundaes.” This week I decided to cut the excuses – I put “make monkey bread” in my calendar for Thursday night, I came home from work in the 5 degree weather, and I did it.

Monkey bread, for those of you who don’t know, is like a bundt pan full of a hundred tiny cinnamon buns that have been drenched in butter. As you might be able to guess from the description, it’s pretty much hard to go wrong with it. Most versions use canned biscuit dough as the base, but I decided to go fully homemade and make the sweet bread dough – thanks to my bread-baking mother and boyfriend, I don’t have a fear of making yeasted things. Actually, I think it’s pretty easy, and I think you will too. Plus, since you’re covering this particular bread in cinnamon-sugar-butter, no one is going to notice if you didn’t let the dough fully complete its rise.

My coworkers devoured these in a matter of minutes. So quickly, in fact, that I had to promise to make another batch next week for the people who didn’t get to try any. Also, Trevor just threw a mini-fit when he found out I made it and he didn’t even get a chance to sample some. Like I said, it’s hard to go wrong. Give this recipe a try – maybe this weekend, to ward off the cold – and people will love you.

P.S. You have until midnight tomorrow to enter my chocolate giveaway sponsored by Lake Champlain Chocolates!

P.P.S. WordPress just informed me that today is my 3rd blogging anniversary. Consider this monkey bread a celebration! 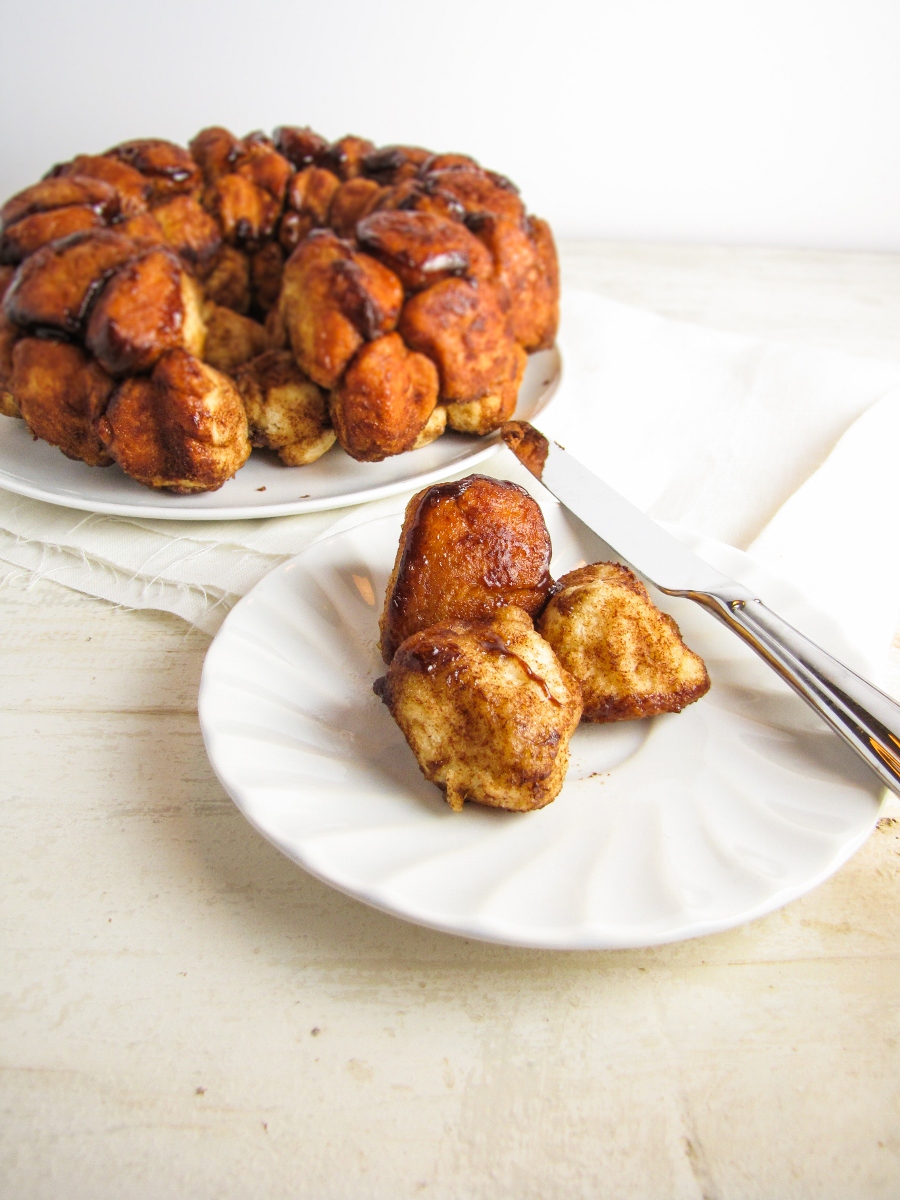 Note: I got away with using a few tablespoons less butter than the original recipe called for (I melted the full 8 TBS, but ended up with a few leftover), so I’ve listed the amount I used below. If you run out of butter for dipping, just melt a little bit more. Also, I don’t have a stand mixer so I make everything by hand – if you’re lucky enough to have one, check out Mel’s Kitchen Cafe for instructions on making the dough with one. 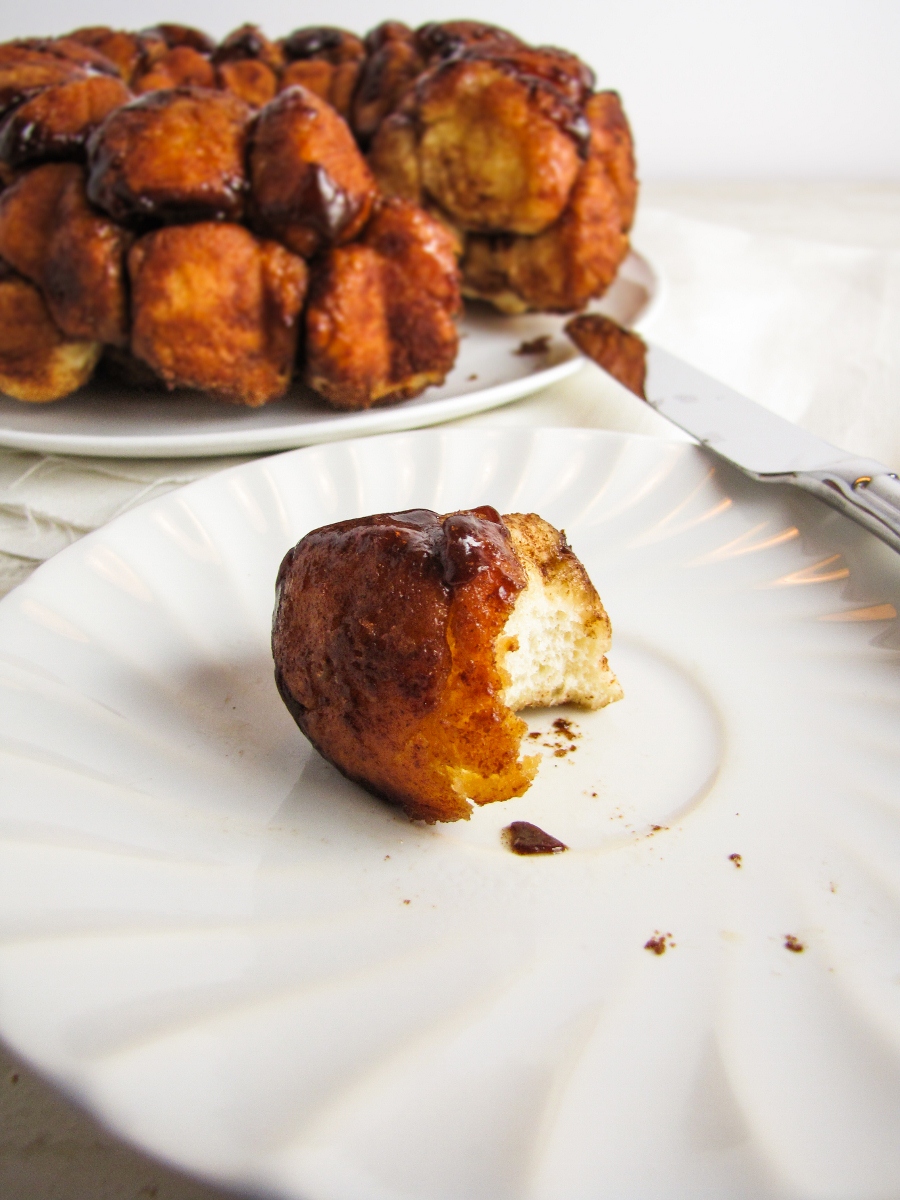